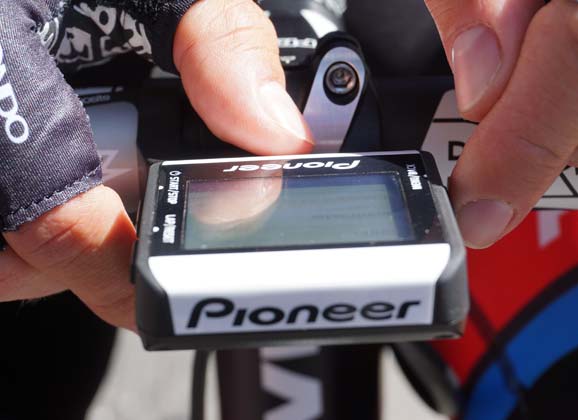 We’ve often referenced the data provided by power meters and how it can help riders train smarter to get the most out of their racing. But a recent discussion with the 60-year-old former Olympic gold medallist, Kevin Nichols, reminds us that these cycle computers are useful for more than the competitive community.

“I’m looking at it more from the efficiency point of view,” Nichols recently told RIDE. “How can I have a bit more fun with a little less effort and enjoy my riding more?” 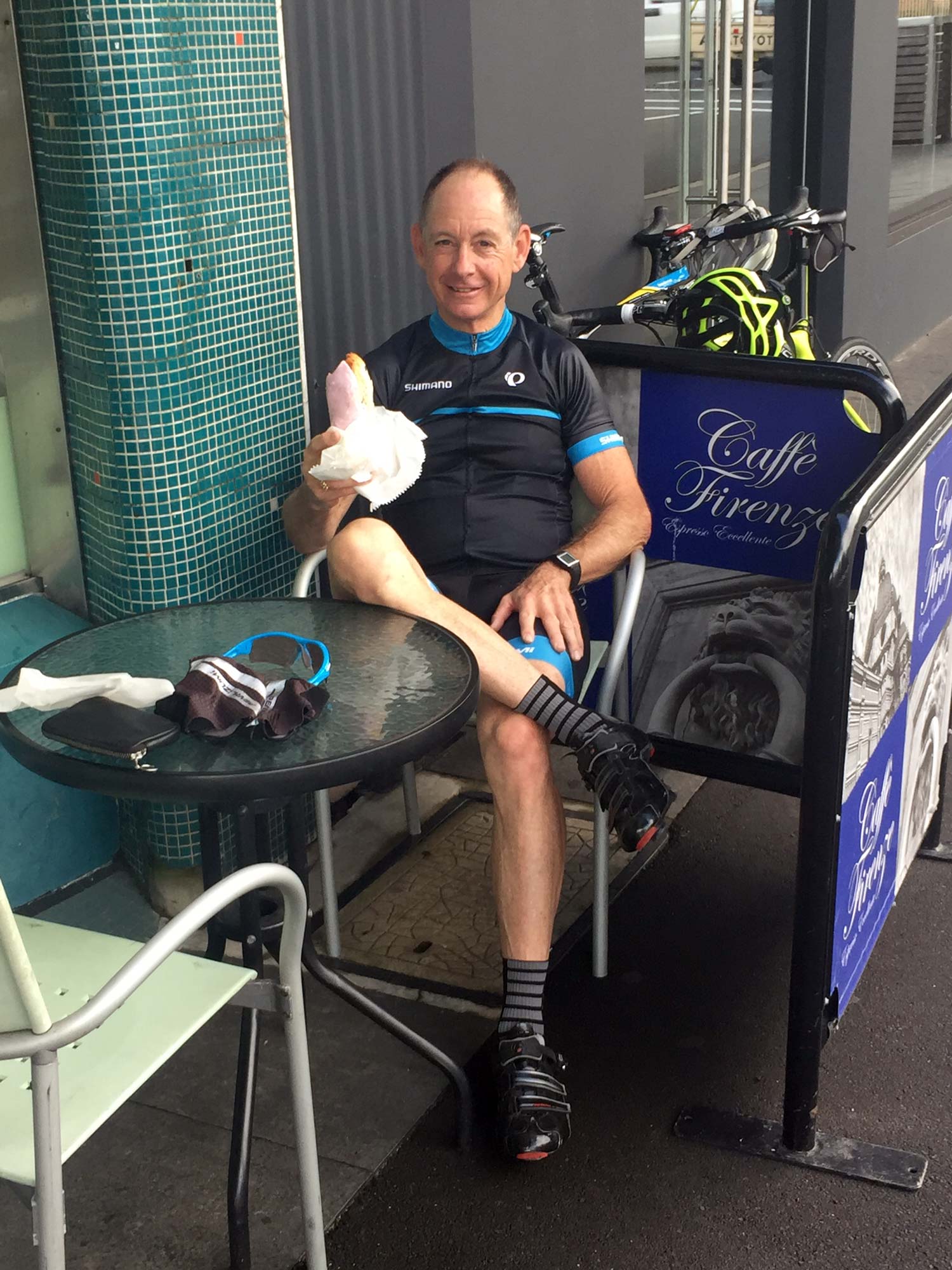 Kevin Nichols… a former racer who simply loves riding his bike(s).
“I just find it an integral part of my life,” he says about cycling. “We have jokes and we call it ‘The Men’s Shed Without Woodworking’.”
Photo: Matthew Bazzano

RIDE: I’m talking with Kevin Nichols who many cycling fans will know as a gold medallist from the 1984 Olympics when he was part of the team pursuit for Australia. He’s still riding. He still loves his bike. And he’s discovered the power meter, something that wasn’t really around in big prevalence in 1984. But you use it a little bit differently to usual training, is that right? How do you use your power meter Kevin?

Kevin Nichols: “I’m a bit older than most of the guys riding around so it’s a waste of time me thinking I’m going to get bigger, stronger and everything else so I’m looking at it more from the efficiency point of view.

“How can I have a bit more fun with a little less effort and enjoy my riding more?”

And so what are you looking at? You ignore the power number, is that right?

“I look at the power number but really, to put in perspective: we used to work off heart rates for a long time.

“Or if you’re climbing a big hill and you know where your threshold is, you can just sit at it or just below it or – if you’re feeling a bit better – just a bit higher. And you know it’s all going to work out well.” 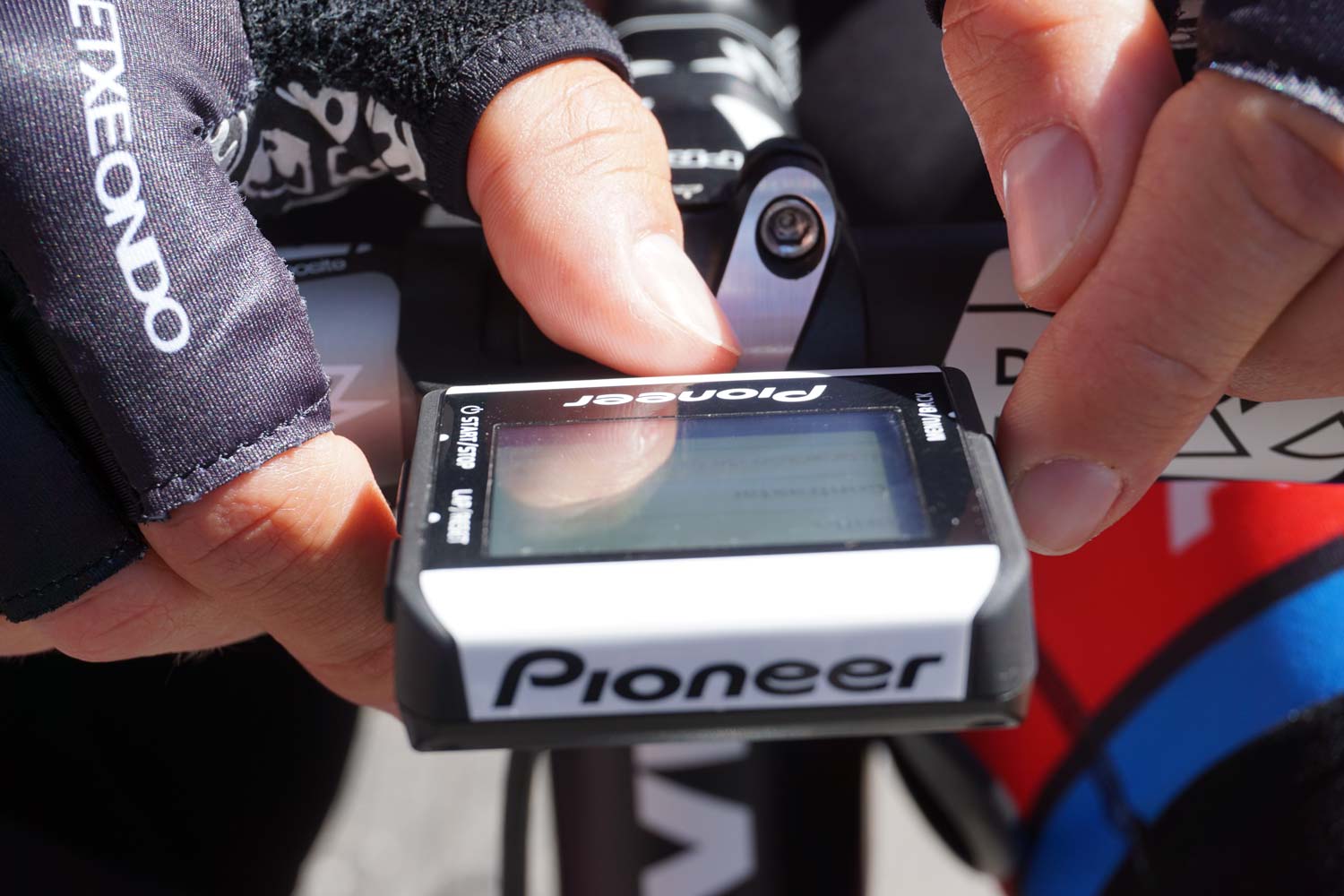 Simon Geschke adjusts his Pioneer power meter before a stage of the 2015 Tour Down Under.

When you talk about ‘efficiency’ what power meter do you use and what sort of numbers are you looking at to determine when your threshold is close?

“I’m running the Pioneer [Gen 2 Power Meter System SGY-PM910H2] and I’m looking at left/right balance, which is not perfect but it’s surprisingly the opposite way to what I thought it was [for my pedalling action].

“I look at the numbers off of that or I look at the vector graphs and I can see where the power is going into every 30 degree of the pedal stroke and what angle.

“I’m looking at tangential versus radial force, in other words I’m pushing at right angles to the crank – not pushing out through the end of the crank – and I’m wasting strength and power there.

“So essentially I’m just checking out the efficiency meter.

“The experts I talk to from Pioneer or [the Australian agent] FRF Sports are telling me that the pros generally run at a bit over 40 percent. And I thought that was a bit of a challenge to start off with… but the Pioneer efficiency [meter] – the way it calculates that – now I’m looking at around 40 percent or, when I’m climbing a hill or going pretty solid, I’m up around 60 percent efficiency in the pedal stroke.

“Off the seat you can easily go higher, but [the numbers quoted] are from sitting on the seat.

“I think my max is about 85 percent or something like that.” 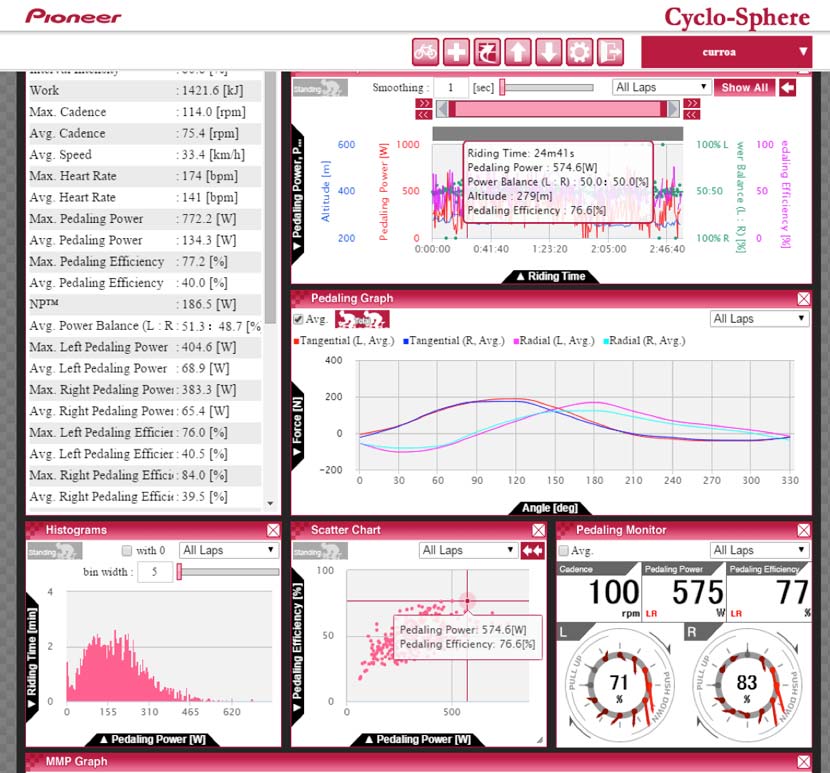 Through this training, have you changed your pedalling action?

“Uhm, I have… I’ve changed my pedalling action and it’s probably a lot more like what it was when I was younger, way back when I was in my teens and just moving up into national representative status – it feels a lot more like that now.

“There’s a lot more effort across the top of the pedalling action.

“I’ve put my seat up a bit, changed my cleat positioning, and things like that.

“At one stage there, when I was about 23 or so, I actually dropped my seat a bit because I tore my cruciate ligament in a crash in New Caledonia and I needed to drop my seat for a while. I never really put it back up that much. What I found there is that I was actually cutting some of the stroke off.

“It was fine at high RPM, but when I was down low it was a bit like leaning forward too far while you are running. It was holding me back a bit on the hills.

“So I’m going a little bit better on the hills at the moment.”

What cleat adjustment have you made just in recent times?

“When I first got the power meter, I actually moved the cleats forward just to get a bit more ankle action and that brought the efficiency up a bit.

“It actually changed the pedalling vector – that’s what I was looking at the time.” 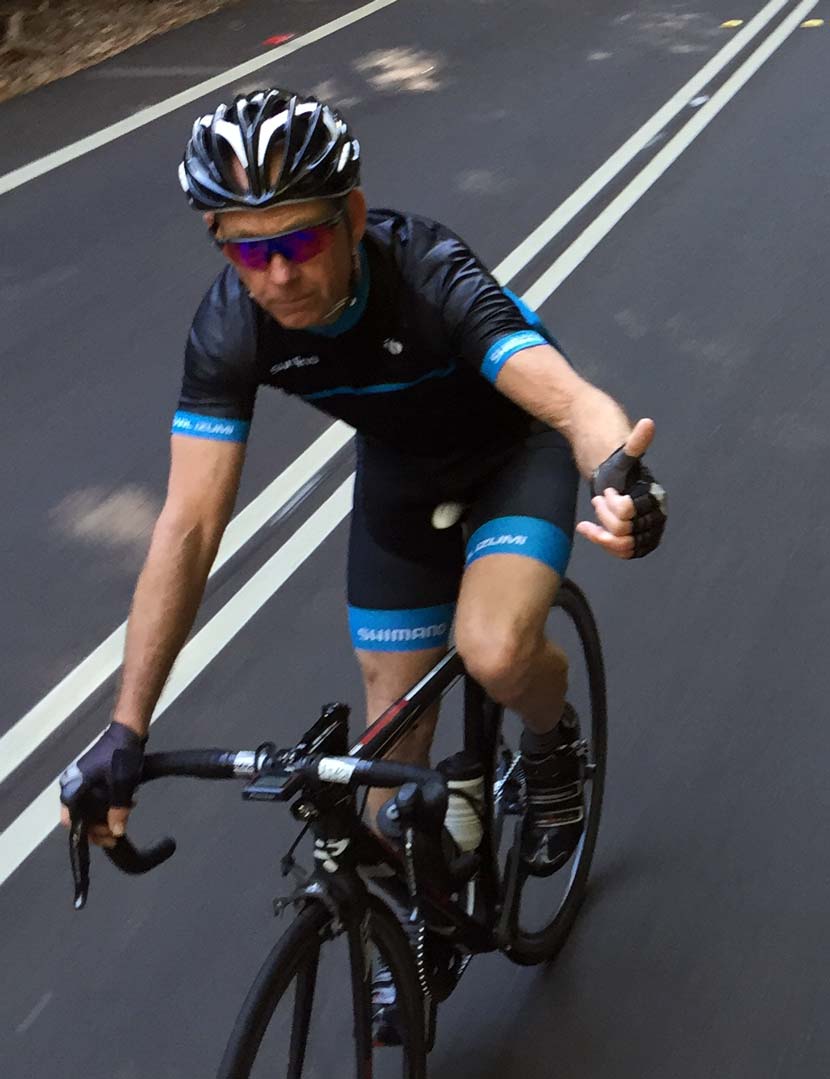 So you’re still having fun with your bike; I gather you do a lot of mountain biking and road cycling… but you don’t get on the fixed gear anymore, is that right?

“On the track I sort of get sick of going around and around in circles all day – it gets a bit monotonous.

“I try to ride a different bike every day, so I rotate between the road bike, the mountain bike, and the cyclocross…

“I’ve got a few gravel rides coming up; we’re hitting the trails around The Shire – the short ones.

“I’m running some new 38mm tubeless CX tyres – or gravel tyres – and giving them a good thrashing at the moment… and I’m just about due to go for a brake upgrade to go with it – before we start making some new singletrack.”

It’s clear that you’re still in love with your cycling… it takes us back to the coverline that we’ve got on the magazine at the moment: why do you ride? You’ve got many reason, I’d imagine. How can you sum it up?

“I just find it an integral part of my life.

“We have jokes and we call it ‘The Men’s Shed Without Woodworking’.

“I like to get out first thing in the morning and start the day off well.

“I get to see friends, have fun, and feel good for the rest of the day.”