Phil Anderson interview: 40 years since he became the first Australian to lead the Tour de France

On 30 June 1981, when stage five of the Tour de France finished at Pla d’Adet, a 23-year-old Australian rider created a bit of history. Phil Anderson finished third – behind Lucien van Impe and Bernard Hinault – and inherited the yellow jersey… for one day.

Forty years later, Anderson reflects on a stage that changed his life.

– Click the link below to watch RIDE Media’s interview with Phil Anderson. –

Phil Anderson says that he had never raced his bike on mountains before stage five of the 1981 Tour de France. “I’d ridden the Dandenongs. I’d ridden the Adelaide hills, but I’d never really gone into the mountains, let alone the high mountains.”

The plan at the start of the 117km stage from St-Gaudens, in the foothills of the Pyrenees, to Pla d’Adet above Saint-Lary-Soulon was for Anderson to fulfill domestique duties for his Peugeot team-mate Jean-René Bernaudeau.

The young Australian upstart was focussed on the challenge of the climbs. He marked his rivals and eventually found that he had the strength to remain in the front group all the way to the final ascent.

“It was hard for me,” he says in an interview recorded 40 years later, on the eve of the 2021 Tour de France. “I’d never seen anything like it.” 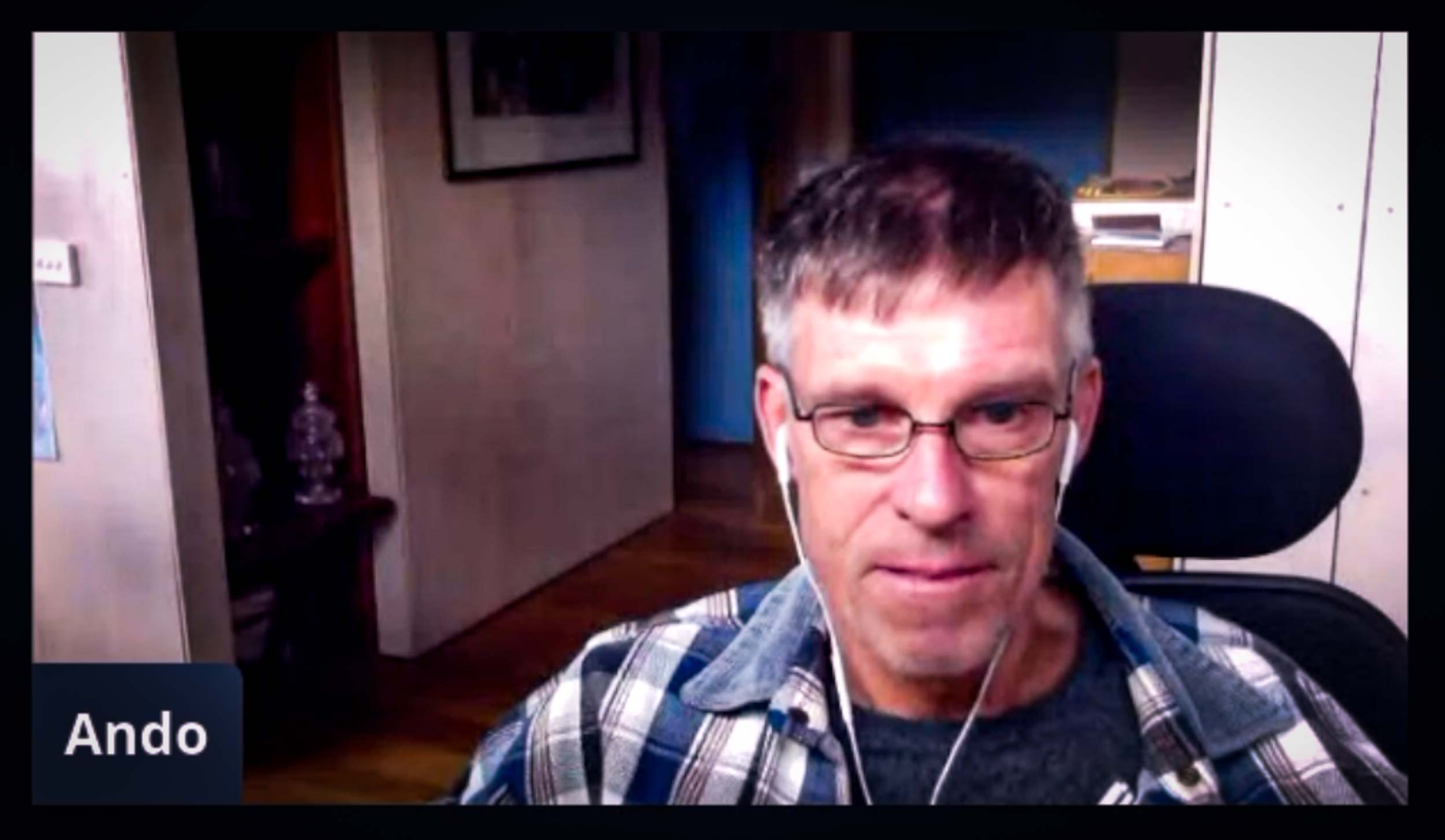 He has spoken about the 1981 Tour de France regularly for 40 years and Anderson recalls some of the race with surprising detail. He would, however, go on to enjoy a stellar career with 71 professional victories to his credit and 13 Tours de France. He finished each one and, from 1981 to 1994, he only missed the 1988 edition.

His recall isn’t entirely accurate but he can be forgiven when some of the details become a little blurred. Forty years is a long time. And he admits that he still speaks about that Tour of 1981 – and other aspects of his glory days – with surprising regularity.

“People always want to bang on about it,” he says early in our long interview, “so there is a bit of discussion about it.

“People want to know about the yellow jersey and the first Australian leading the biggest race in the world, so I end up talking about it not every day but at least two or three times a week.”

Although he explains that there was a team time trial before that critical fifth stage – where he battled the likes of eventual champion in 1981, Bernard Hinault, and the Tour winner from 1976, Lucien van Impe – that’s not actually correct. Still, he had risen up the GC rankings after his 17th place in the prologue in Nice.

By stage five, he was ranked 13th and the mountains beckoned. Little did he know that his naivety about the mountains and (accidental) disregard for team orders would change his life forever over the course of a 117km stage, the first in the mountains of that 68th Tour de France. 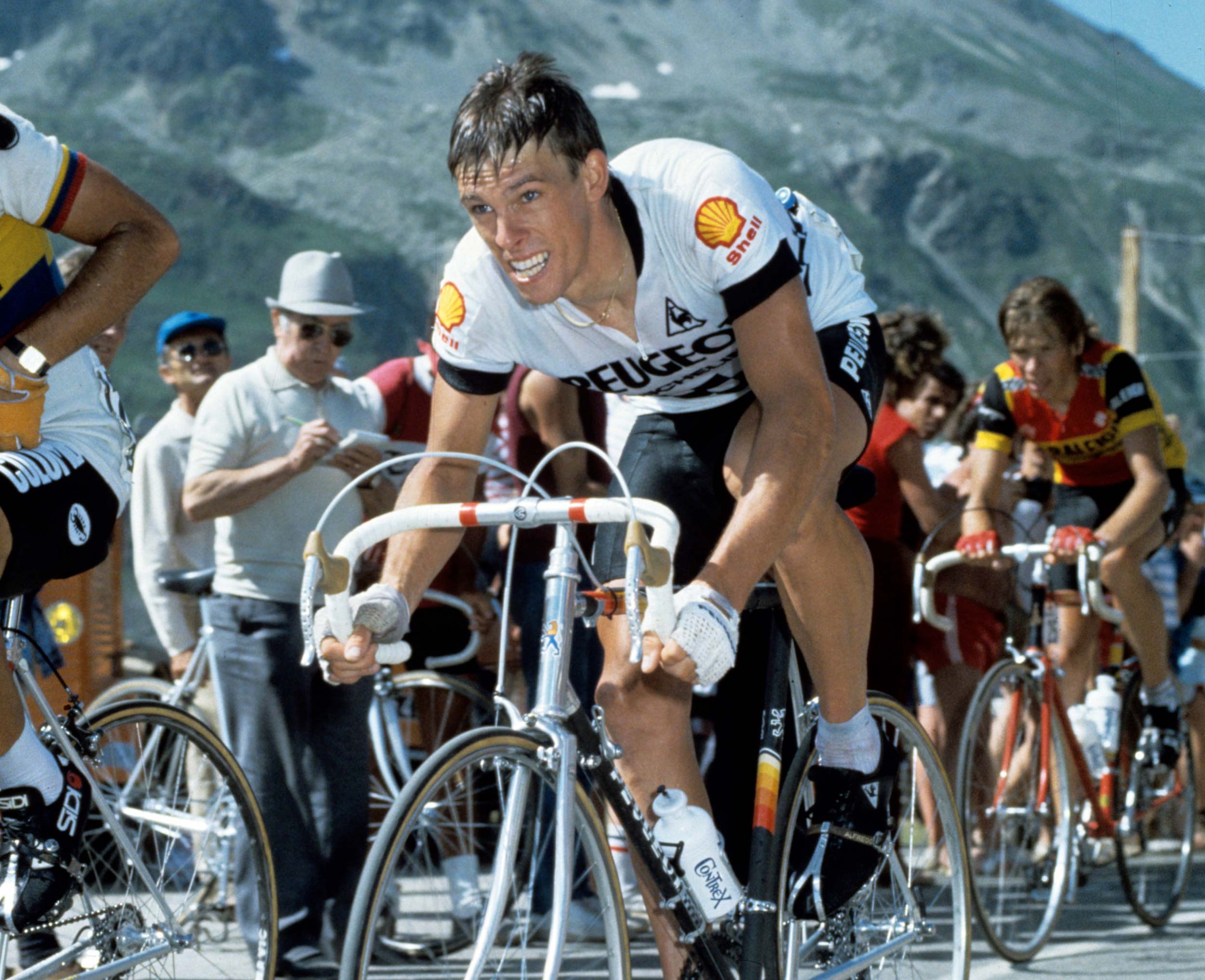 Anderson would go on to enjoy a long career as a pro cyclist but it was his formative years in the black and white Peugeot outfit that many cycling aficionados remember. (Photo: Graham Watson)

Hinault won the prologue in Nice. Anderson was 17th, 25 seconds behind the Frenchman. Bernaudeau was 52nd, a further seven seconds behind his Aussie team-mate. Only in the final week did the designated leader of the Peugeot team overtake Anderson in the GC rankings, eventually finishing sixth, with Anderson 10th.

As the peloton made its way from Nice toward its rendezvous in the Pyrenees, sprinters collected stage wins and Anderson settled into the rhythm of his first Tour de France. He was excited by the idea but admits that he didn’t harbour the same fascination with the race as his French team-mates.

Back then, there were 10 riders per team (even though Phil says in the interview that there were eight). Anderson made the selection after having enjoyed a strong showing in the early season, including a GC win in the Tour de l’Aude in May 1981.

Alongside him in the famous black and white chequered jersey were Bernaudeau as leader and seven other Frenchmen: Jacques Bossis, Bernard Bourreau, Gilbert Duclos-Lassalle, Michel Laurent, Roger Legeay, Hubert Linard and Patrick Perret. There was also another ambassador of the so-called ‘Foreign Legion’, Graham Jones, a British rider who has long been the voice of cycling on BBC Radio.

So much has changed since then, and most sport fans understand the nature of the Tour de France in 2021 but in 1981 English-speaking riders were still very much a novelty. And Australians? According to Anderson, that was so foreign to the race that he “may as well have been from Mars”.

He recalls the moment when he inherited leadership of Peugeot by proxy, and although there would be a celebrated stint in the yellow jersey his DS at the time wasn’t too happy about how Anderson raced the fifth stage.

“The team cars had different musical tunes that they played on their claxon, on their horn,” he says. “That was the way you knew your [sports] director was coming up before they had radios.

“I knew Maurice De Muer, my director was coming up, so I dropped over to the side and he comes up beside me and says, ‘Philippe, where’s Jean-René?’

“The field was getting pretty thin,” he says of the peloton on the penultimate climb. “I looked around and I could easily see that Jean-René, our humble leader, wasn’t there.

“So, I told [De Muer], ‘Oh bugger, yeah… I overlooked that. I was involved in trying to look after myself here.’ It wasn’t a very good ploy. I wasn’t looking after Jean-René. ‘He must be at the back, I did see him on the last climb. I’ll drop back, I’m pretty buggered anyway. I can ease up a bit.’

“And he said, ‘No, no. He’s two groups back. He’s like five or 10 minutes behind. You stay there. You’re doing well, but you come and see me tonight! There was a plan, but you didn’t follow it.’”

On the final climb, it was van Impe who lit up the attacking action, with Hinault – as he so liked to do – chiming in with his own surges. But Anderson wasn’t going to let them have it all their way, and he continued marking moves. He remained with the front group and couldn’t believe his eyes when he looked around to see who he had for company.

“I started recognising some of the riders around me. Riders who were past winners, heroes of mine. I had posters of these guys on my wall… we had Lucien van Impe there, we had [Bernard] Thévénet… Hinault, [Claude] Criquielion and guys like that.

“Van Impe takes off and everybody looked at me. I was the newbie. I was going to be the guy that chases down this guy who rides like he’s got wings on his back… there was this flurry of attacks and I’m hanging on by the skin of my teeth.”

Van Impe would get the stage win and move to seventh on GC. Hinault was second at Pla d’Adet, rising to second place overall. And Anderson was third, finishing alongside the eventual champion 27-seconds behind the Belgian.

But, for the first time in history, an Australian was at the top of the GC rankings: from 13th to first overall in the Tour de France. Cycling became a more global sport that day.

Stage six was a 26km time trial. Hinault won it. Gerrie Kneteman of Holland was second, and Anderson was third. It was his first TT in the Tour de France and he raced it in the maillot jaune!

He lost 30 seconds to Hinault and thus surrendered the yellow jersey for stage seven… but he remained second on GC through to stage 16.

Hinault won the Tour that year. Bernaudeau was the best from Peugeot and Anderson finished 10th. It was a race for the ages, and the legacy remains. An Australian could indeed ride with the best in the world. It was a Tour that paved the way for others from what were once antipodean cycling nations to believe they too could challenge riders from the Continent.