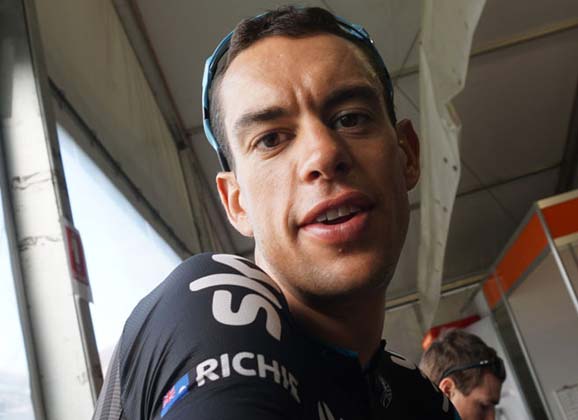 Richie Porte: “I’m as happy as I’ve ever been”

As the riders waited for team cars to roll-out to the start of the fourth stage of the Tour Down Under, Richie Porte had a quick chat with Rob Arnold about how things went on the climb of stage three, what it’s like to start the season weighing in at 60kg… and a few other things. 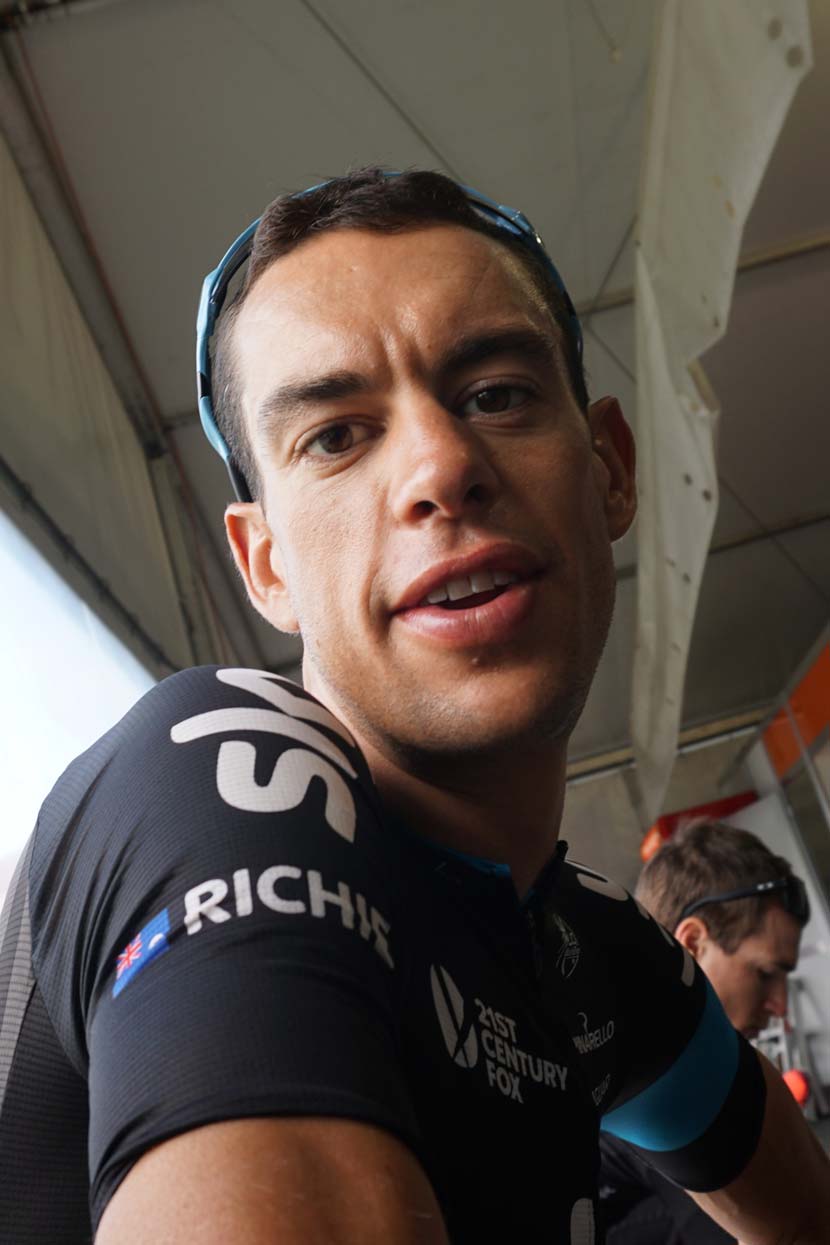 RIDE: We could see you pedalling a rapid cadence [on the final climb of stage three] but it looked like Cadel was spinning even faster than you. Tell us about that climb yesterday.

Richie Porte: “It was all about positioning. That’s what everybody was saying… but I think that we all came in in a perfect position at the front. I think Cadel and I came in fourth and fifth, respectively, into the climb – something like that.

“But then a group of four of us were off the front and you could probably say ‘the stronger guys’… but then we got caught from behind because we were all looking at each other.

“I think Cadel and myself threw a few attacks in there but just couldn’t budge anybody… it was such a short, sharp climb and I’m not sure that you can read too much into it. I think Willunga is a little bit longer; it should be an eight-and-a-half minute climb as opposed to a four-minute climb and it probably suits guys like Cadel [and] myself better than what yesterday’s climb did.

“But credit to Rohan, that was a pretty awesome move when he came up the outside at almost double the pace of what we were… I realised then and there that: a) He knows that climb pretty bloody well and, b) He’s absolutely flying and he can win this bike race.”

“When we did that climb in training I did it quicker than what we did yesterday – not by much but I looked at the power spikes with our performance guy, Tim Kerrison, yesterday and it’s funny to see a power line which is flat when I did it in training; then yesterday – with a few big attacks in there… it was a bit negative with all the guys looking at each other.

“You can only hope that tomorrow [stage five] that they’re going to have to get stuck in. It’s Rohan’s race to lose now and we have to get rid of him.”

We saw a pretty dominant Sky all day yesterday. You had all of the guys at the front pretty much all the way to the bottom. Is there a temptation to just try and renege a little because you sort of know the break is coming back… is it possible to just try and share the workload?

“At the end of the day it was always under control and we believe we can win the bike race so we can take a bit of pressure there. But now it’s up to BMC to control the race which they haven’t wanted to do. That’s going to be hard on them but, to be honest, we’ve got some big, strong boys here and it’s good training for their Classics, so they don’t mind taking it…

“That run into the climb was as fast a run-in as you’re ever going to do. It was pretty bloody break-neck…

“It was a sprint lead-out… going left, right and centre. I think people don’t see that at home but we’re going down these descents at 90km/h and there’s guys leaning on each other. It’s a bit of fun when you’re sitting here [afterwards] with all your skin in tact.”

You came into this race at… 62 kilos, is that right?

When was the last time you started a season like that?

“Oh, probably never but, to be honest with you, I did finish my [2014] season in August. I was pretty crook at the end of last year.

“Since then I’ve really been good.

“I’ve just gotten engaged. I’m as happy as I’ve ever been… and I think it’s sustainable.

“I want to have a big Giro.

“I’m happy with my time trialling, happy with how everything is going and even if I don’t win this race I’m not going to lose my head. I’m ready to have a good year.”