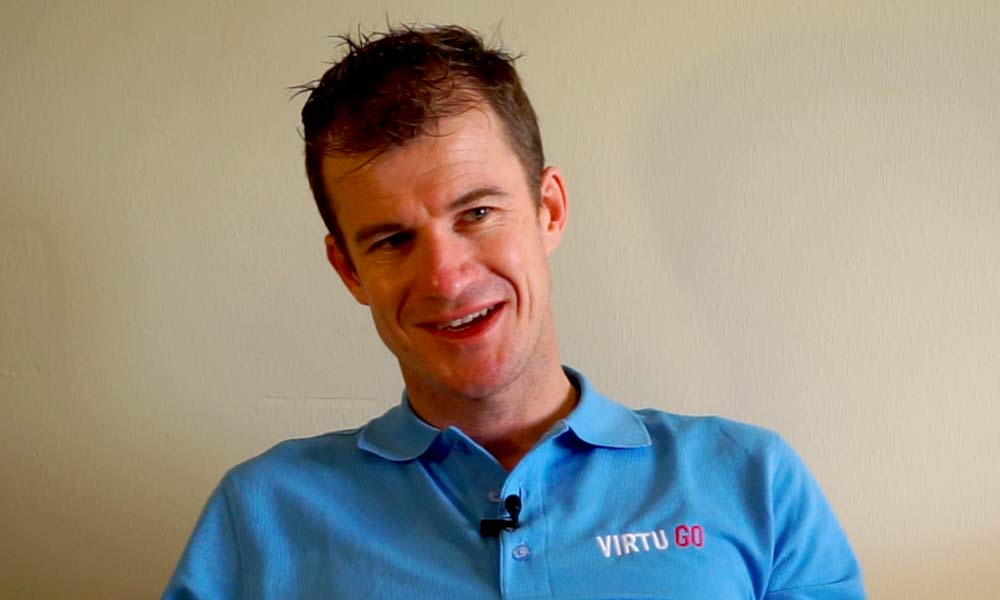 Michal Rogers is part of Australia’s cycling fabric. He returned to Australia this summer to help launch a new product: Virtu Go. He explains the concept in an episode of RIDE’s ‘Talking Cycling’ series.

When Michael Rogers started racing, power data was little more than a concept. Together with sports scientists from the AIS, the Mapei centre in Italy, and numerous pro teams, he has helped develop numerous training products over the years.

He was forced to retire from racing but ‘Dodger’ remains active in the cycling community.

Over the past 18 months, he has been working with a small team to create a virtual training environment that is now in the beta-testing phase. It was launched at the Tour Down Under village on Saturday 13 January 2018.

We caught up with Michael the next day to ask a few questions about life after racing and, of course, his new venture.