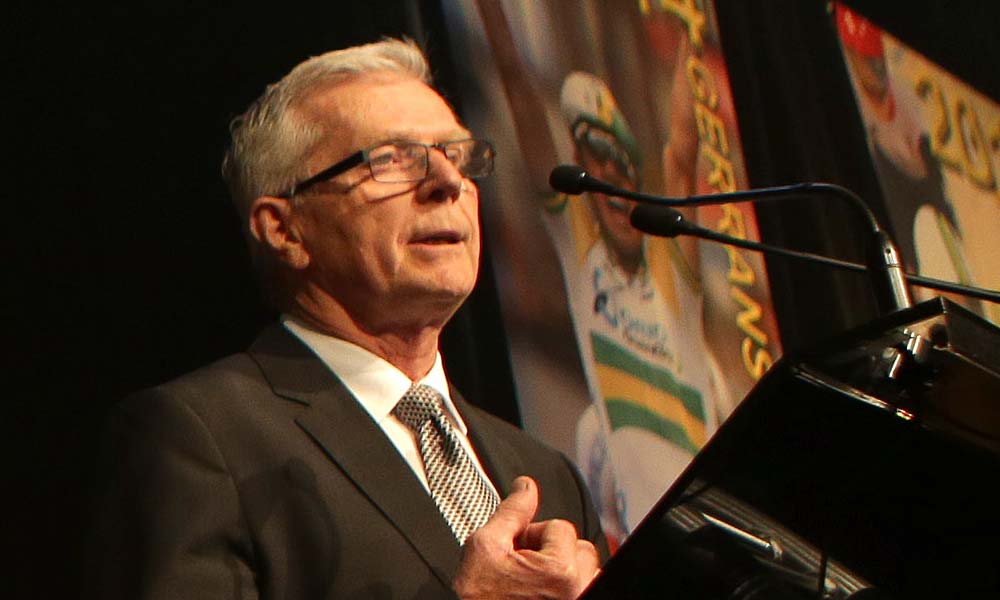 September 13, 2017
Take a moment to have a listen to Gary Sutton. The coach is about to set off for his first ‘foreign assignment’ – soon to be working for Cycling USA. We get his thoughts on a range of topics…

We speak to Gary Sutton about his cycling career – as a cyclist and a coach – shortly before he leaves Australia, bound for Colorado Springs, USA.

He was a formidable rider and is now a respected coach who, after a long span with Cycling Australia, is moving to America to take up a position with USA Cycling.

It’s a long interview originally intended for YouTube… but the picture quality wasn’t suitable for broadcast (sorry about that).

Many topics are explored and he doesn’t hide his emotions – particularly when discussion turns to Steve Wooldridge, a former cyclist who Sutton had a long association with; ‘Big Steve’ took his own life in August 2017 and this chat was recorded around a month after Wooldridge’s death.

Click the SoundCloud file to listen to the full interview.

Sutton is riding his bike again but “these days I just go at my own pace… I’m not racing anyone, just riding for the sheer joy of it.”

Below are a few grabs from the interview, highlighting what kind of a character Gary Sutton is.

He is a champion cyclist, a strong motivator, a committed father, a respected coach… and, above all, a true gentleman.

Sutton will be missed by many in the Australian cycling community but we applaud him for all he’s done and wish him all the best in this exciting new adventure he’s about to embark on with USA Cycling. 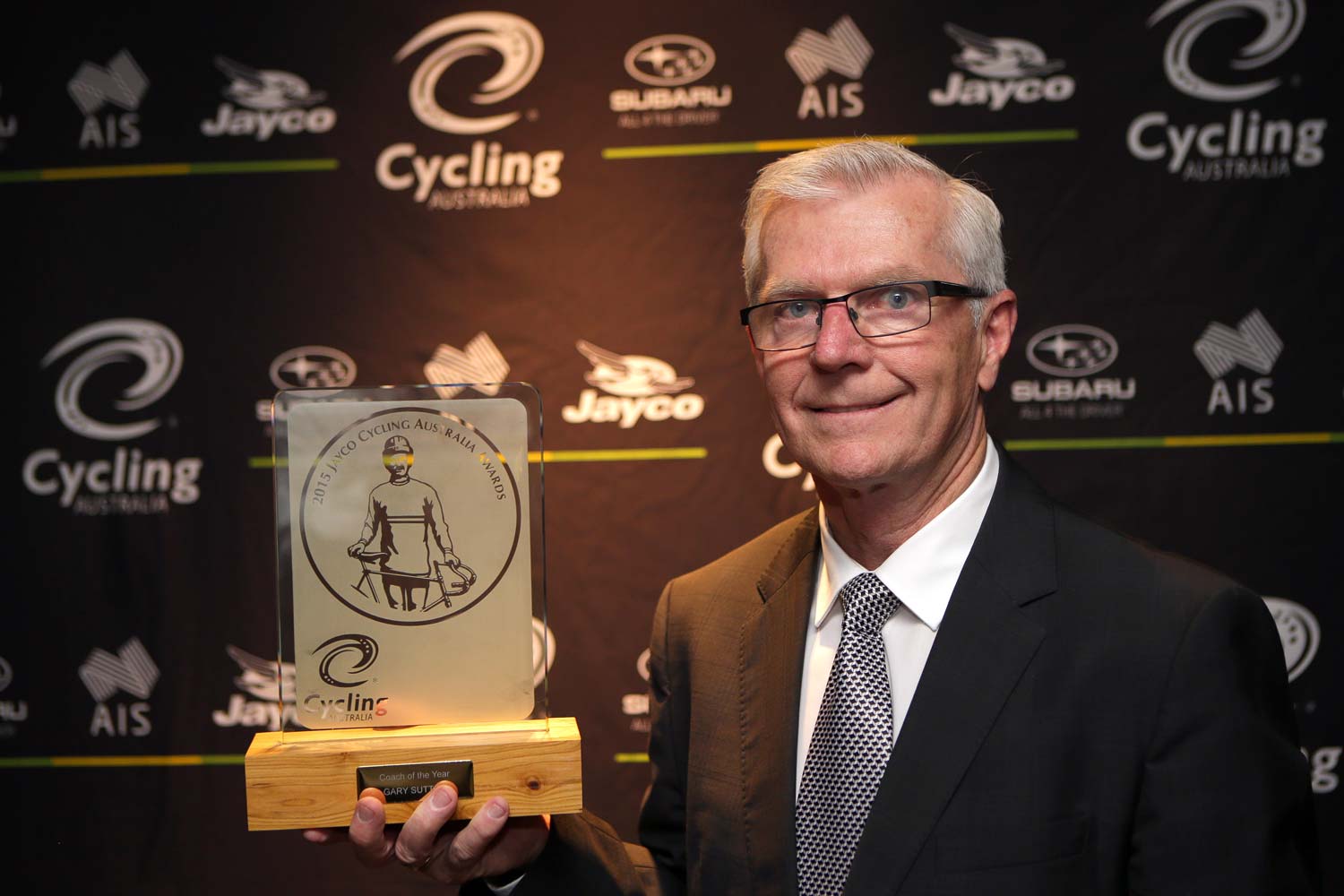 In 2015, Sutton was Cycling Australia’s ‘Coach of the Year’. In 2017, his contract with the national team wasn’t renewed.

• Sutton on his move to Cycling USA

“I’m going into the unknown, but what I will say is that the people who I have been dealing with in America have been excellent.

“I’m sad to be leaving but, at the end of the day, I’m doing something that I love – which is coaching – and USA is a beautiful place to go to and I believe I can make a big difference.”

“I don’t particularly want to talk too much about Simon. [He] has a job to do. I’ve moved on and I wish Cycling Australia all the best anyway.

“I was absolutely gutted to be moved on but, at the end of the day, it’s what it is.”

“I’m not on social media but I’ve heard quite a few stories… I believe that, if you’ve got seven spots… it could be an opportunity to develop [riders] for Tokyo. Most of them are in Europe anyway.

“I was surprised that they chose to select only five [women for the 2017 road race world championships] when they had an opportunity to select seven.”

“The one thing that I did with my career is: I enjoyed myself.

“It doesn’t matter who you are or how good you are, there are highs and lows on the journey and I look back and [believe] I was blessed.”

“Just how smooth she is with the 500m time trial and I believe her technique which she developed when she was younger is what got her over the line, to be honest.

• Sutton on calling the team pursuit as a coach

“I love the team pursuit because it is about team. It’s about understanding each other. It’s not just about swapping off turns – it’s about knowing when to do long turns, short turns… thinking like a team player.”

“I respect Shane as a coach… he’s one of the best coaches in the world.

“I told him not to step down… he thought, in the interests of the [British] team, that he should – and he did, and he’s moved on and enjoying life.”

• Sutton on Cycling Australia: do you believe Nick Green has served the constituents as best he can?

“I believe that things could be done a lot better than what they are at the moment – and I’m not referring to Nick, I’m referring right across the board.

“There’s been some major changes to our sport and, whether they’re right or wrong, you go with change and you make hard decisions.

“I think Nick is obviously learning a hell of a lot because of the position he’s in right at this moment.”

“Amy Cure is very, very special on and off the bike.

“She has been so successful. She is an incredible person to work with. Some days with ‘Ames’ it’s not the best day at the track but she understands…”

“I think we’re all looking for answers.

“When I look back, I keep asking myself, ‘Could I have done more?’

“When the guy retired [from racing] I spoke to him once a month, once every three weeks… he was a class act.

“He was one of the most beautiful people…

“He conned us to a certain degree because every time I spoke to him it was, ‘You going okay mate?’ And he’d talk about the difficult times – and he did this with everyone – and you’d think, ‘He’s okay. He’s fighting on…’

“That’s probably the downside to the coaching – actually feel like I let him down.”

“I used to love watching his sessions: his enthusiasm at a training session was motivating.”

“Enjoy what you do – you have to love what you’re doing.

“Surround yourself with good people. Listen to as many people as you can. Never be afraid to ask advice. And be patient.

“You need to be patient.

“I was very average when I first started and it took me three or four years to develop and get the skill factor right. Just keep pushing, pushing, pushing… but enjoy what you do. That’s the best advice I can offer.”