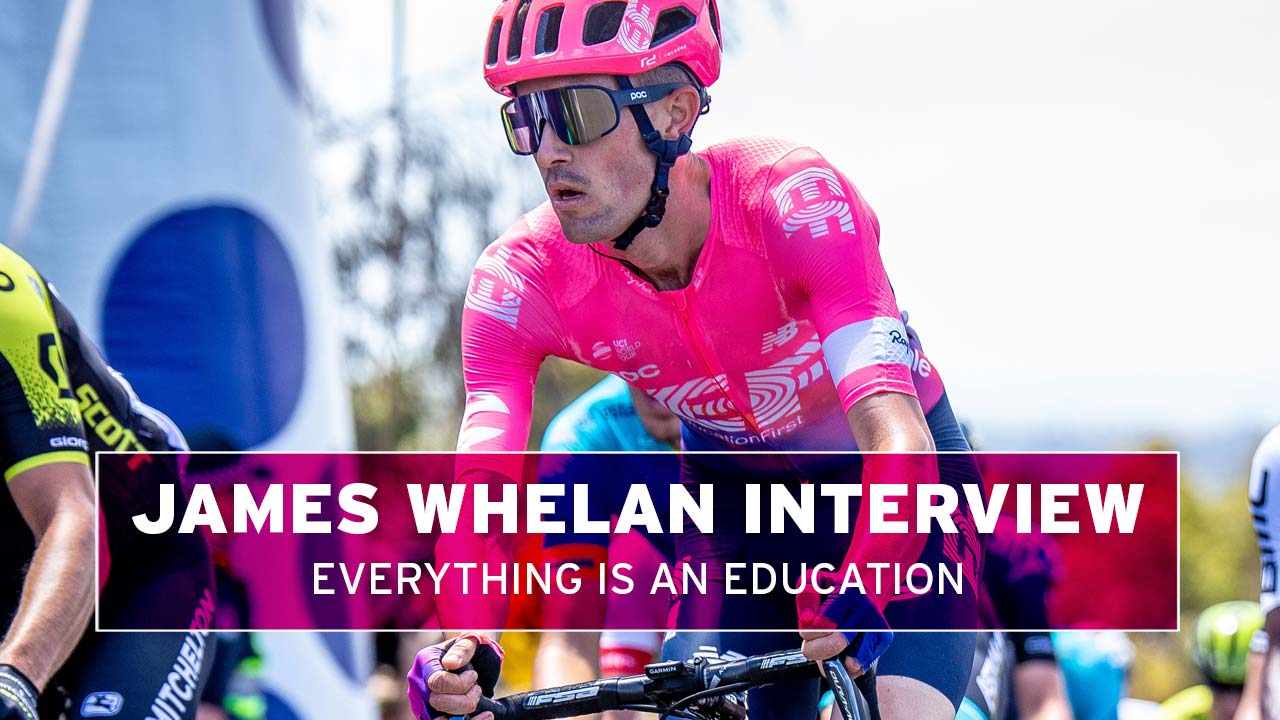 Impressive natural athleticism allowed James Whelan to fast-track his way into the pro peloton. He explains his background and tells the story of his first race in the EF Education First colours…

“I’m pretty fortunate to be in the position I am,” says James Whelan early in another long interview with RIDE Media. “There’s a lot of riders who are perhaps as talented as I am, but I’ve just managed to be able to go through the system really cleanly.”

James who? James Whelan. Remember the name. If you were on the road leading to Uraidla in stage four of the 2019 Tour Down Under, chances are you saw him speeding along in an escape group, which later became just two men racing ahead of the peloton.

Whelan was enacting a team plan that day. He was to attack early, stay up front and then wait for reinforcements from his EF Education First team. Both elements of that strategy played out perfectly: he made the move, had the energy to continue attacking while others faded, and he was soon joined by Alberto Bettisol.

Together the young Australian and his Italian team-mate swapped turns, forcing other teams to take up the chase. If all had gone exactly to the script, Michael Woods would have darted ahead on final hill and won the stage… that bit didn’t happen but we saw enough of Whelan to understand that he can follow orders, race his bike with panache, and seem like a veteran of the pro scene.

He’s not. He’s a neo pro. Two years ago, he was managing a Mexican restaurant in Melbourne.

– Click the link below to watch RIDE Media’s interview with James Whelan. –

Expect to hear a lot more about James Whelan in the coming years. He may be new to cycling but he’s got a lot to offer.

In 2018 he was the under-23 Australian road race champion who would go on to win the under-23 edition of the Ronde van Vlaanderen, his first race on cobbled roads.

He is a climber who can ride the celebrated pavé of the Classics. He is a runner who decided to race his bike instead. He is a thinker and, although quiet and relatively subdued when he speaks, he is also articulate and interesting to listen to.

I hope you enjoy this instalment of the ever-growing ‘Talking Cycling’ series of interviews.