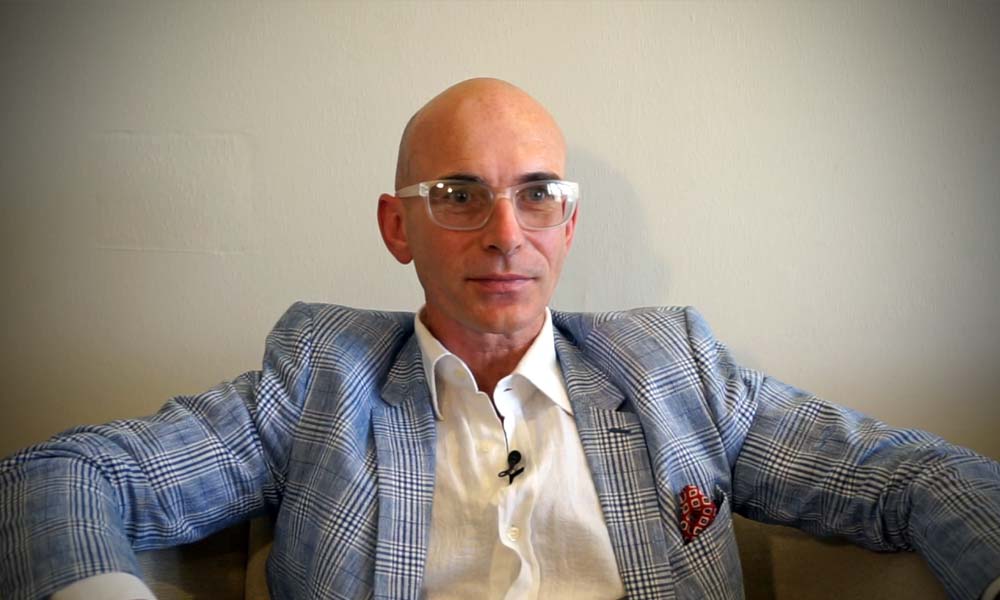 Cycling attracts all types for all manner of reasons. Oliver Horn is a businessman who rides his bike to work every day and in 2018 he has come to pro cycling as a sponsor. The managing director of Swisse Wellness explains his recent investment in the BMC Racing team.

Early in RIDE’s long interview with Oliver Horn he was asked about the ramifications of the fall-out of doping scandals in cycling. When did cycling become appealing and was there a moment when he hesitated?

In December, when his company, Swisse Wellness, was on the cusp of making an announcement about coming on board as a sponsor of professional cycling, news about Chris Froome’s AAF emerged. Did he feel any hesitation because of that potential of negativity?

“We are really well aware about the controversy that surrounds cycling but we believe that Team BMC and the sport has really cleaned up and it’s a good time to invest in cycling,” he replied.

“The reason to invest in it is actually to propagate a really good message about health and wellbeing.

Click the image above to watch RIDE Media’s interview with Oliver Horn from Swisse Wellness.

Horn is a passionate cyclist as well. He rode his bike to work – 12km each way – all but two days of 2017. And he takes every opportunity he can to extend the trip and get in some extra kilometres.

He understands the traits of a cyclist and believes that the demographic that is attracted to cycling is an ideal market for his brand.

The supplements market is a lucrative one and modern circumstances made it that way. Horn recognises that the key to a healthy, balanced life is managing diet and exercise and rest in an appropriate manner but there are times when a vitamin here or there doesn’t hurt… and cyclists are exactly the kind of people who appreciate the value of the supplements Swisse produce.

“We support [cycling] to spread a greater message,” he says of Swisse’s new sponsorship of the BMC Racing team. “We want to get people involved in a sport and get healthier.”

During our discussion in January, on the day Swisse announced its first foray into pro cycling, we cover a range of topics but the interview was born out of the fact that Horn admitted that, quite simply, he enjoys riding his bike.

The reality that Swisse is omnipresent during many sports broadcasts in Australia these days also piqued an interest in finding out more about the brand and its MD. When a company like this – one that dominates advertising campaigns during the Olympic Games (during Australian broadcasts at least) – opts to sponsor cycling, it’s something of a confirmation that our sport holds broad appeal.

Unlike the deals around the Olympics or rugby or other sports which Swisse has an association with, Horn believes cycling is ideal because the fan is also often a participant. And many of his products are targeted at people with a penchant for exercise.

This is an interview about cycling with a cyclist. Much like the ‘Why Ride’ columns that had been published in our magazines since 1998, it highlights the diversity of interests that come together because of bike riding.

Make no mistake, Swisse has come to cycling to try and sell more products but it has done so at a time when the sport needs more investment – and sponsors that believe in the value of the cycling market. It so happens that Horn’s passion for cycling introduced him to a demographic that is ideally suited to his brand.

“It absolutely makes sense to reach a targeted audience via a global sponsorship,” he said in response to a question about whether or not Swisse would have come to cycling had he not been a passionate cyclist.

“We are a global company represented in nine countries and there are not many global sponsorships where you can sponsor a team, and partner with a team on a global scale and then execute that and deliver that across the world. A lot of sports tend to be very national.”

It helps, however, that he has seen first-hand what cyclists are like… as passionate participants, and possible consumers.

“I’m a cycling aficionado and my friends are cyclist and I know what they eat, they drink… what their challenges are. And that’s why I could connect it properly.

“I think I made the connection quicker than I probably would otherwise.”