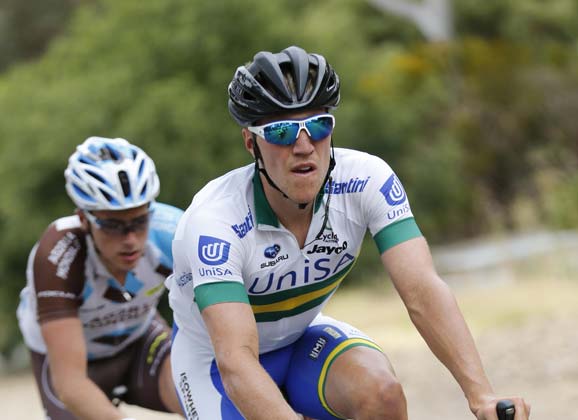 TDU Stage One Rider Analysis: Sean Lake does it his way

Stage one of the Santos Tour Down Under was raced in blistering heat and punishing winds. A three-man break never got too far away from the vigilant peloton and Australia’s next superstar claimed what appeared to be an easy win. Mark Fenner analyses data from Sean Lake, Team UniSA’s man in the breakaway and explains that it was far from an easy Tuesday roll to Lyndoch. 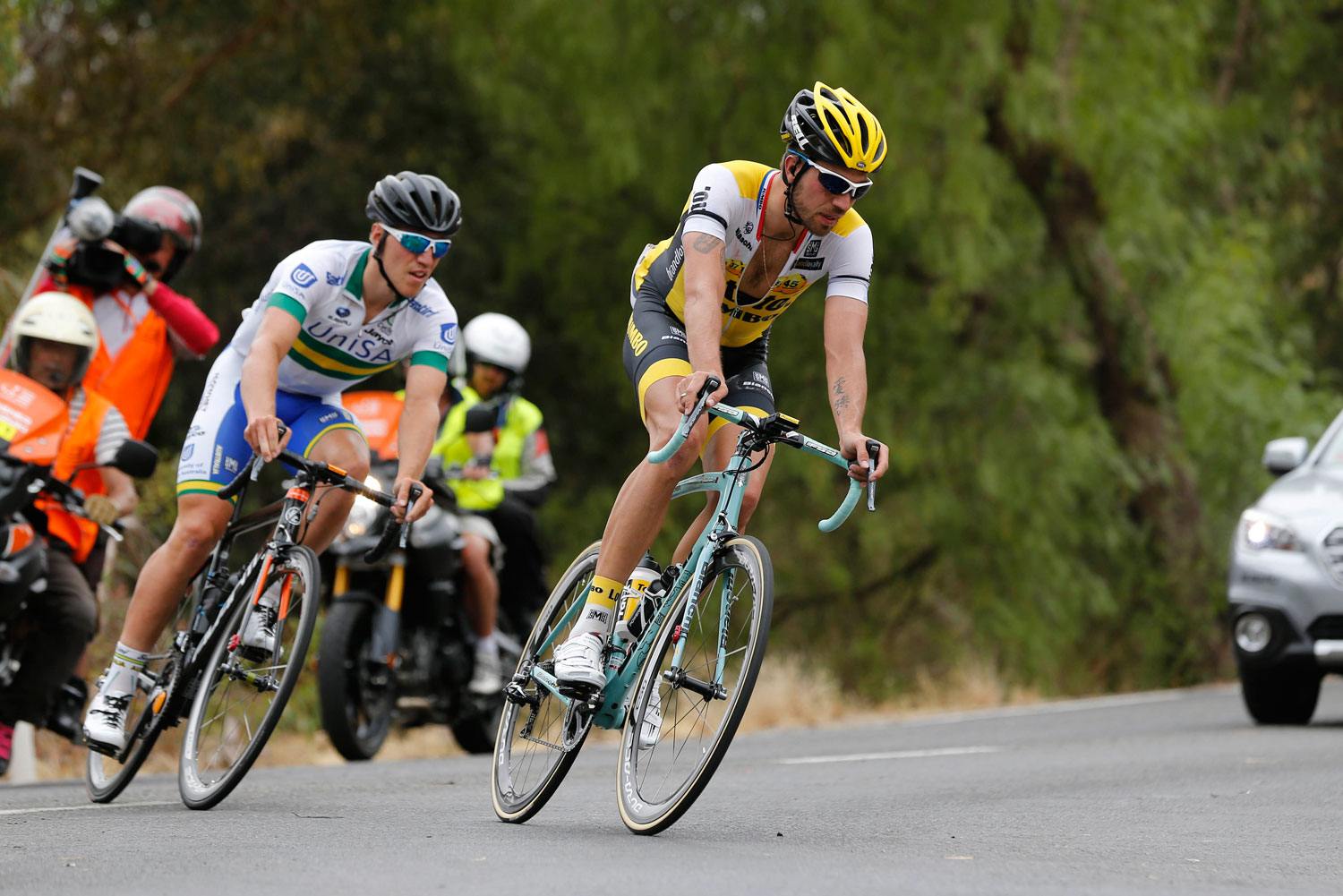 In stage one of the Santos Tour Down Under, Sean Lake of UniSA did what he does best and blasted off the front of the peloton early on in the stage to create the breakaway. He formed a trio with riders from Lotto-NL Jumbo and AG2 who managed to get a maximum gap of just 2:20 which would prove frivolous when trying to hold off a fast finishing peloton. It was the sprinters licking their lips in  the finish straight.

What does it take to establish and maintain a breakaway in the year’s first WorldTour race when the temperature reaches 40 degrees and the wind is blowing hard? A rider who can ride a solid tempo for long periods of time – a rider like Sean Lake! Sean Lake excels in long breakaways as he has shown after back-to-back solo Grafton-Inverell wins in 2015 and 2014.

The first graph shows the whole race profile in the Today’s Plan ride graph. All the main sections of the race have been created into laps to show the actual demands of the stage. Below this I have added the laps which have the detailed breakdown of the data. (Click on the image for larger detail.)

The extreme heat is always a challenge for the riders as the body battles maintaining core temperature and delivering oxygenated blood to the working muscles. This can lead to slightly lower than normal power outputs for all riders and those who are looked after the best and have acclimatised to the heat the best often have the advantage. Threshold and VO2 power lines are also placed on the graph to show that Sean maintained mostly sub-threshold work for most of the day. For Sean, the breakaway effort was really broken down into four main phases.

Creating the breakaway was not as hard as is often seen at the beginning of a WorldTour race. Due to the extreme heat and it being the first race of the season, riders were quite happy for Sean and the other two riders to slip off the front with a near three-minute effort of 500-watts. After this the 3 riders settled into a steady pace and increased the time over the peloton up to nearly two minutes. This was achieved with an 18-minute effort at 360-watts which represent about five watts/kg for Sean. As the KOM approached, Sean hit out early and actually hit a peak 30-second power output of 883-watts and maintained a one-minute effort of 629-watts to take the KOM and win the polka dot jersey for his UniSA team. The main details and full breakdown of the effort can be seen using the combined graph with highlighted peak power segments.

After this the breakaway settled into getting the job done and maintaining their lead but unfortunately the bunch would not allow much leeway. The trio maintained a lead of around two-minutes with Sean rolling steady turns for two hours and 30 minutes holding an adjusted power of 290-watts or 3.7 watts/kg for Sean. As the bunch started to reel in the breakaway Sean went on a solo move to try and win the stage and steal the glory from the sprinters. Holding 340 watts average power and over 40km/h for 20 minutes was not enough and with 5km to go he was reeled in and the sprint trains started to get organised.

After looking at the other UniSA riders who were sitting in the bunch for the day Sean had a much harder day that is for sure. If we just look at the lap data from Pat Lane, the Australian bronze medallist from this year’s National Championships you can clearly see the difference between sitting in the peloton and riding out front in the break.

As both riders are very different weights the best comparison of effort is the individual Intensity Factors for each rider. Pat was able to sit in and save energy for the hilly stages coming up and ride at and overall intensity equivalent to 67% of his current threshold power, whereas Sean was at 76% of his.

There is no doubt that Sean is a star of the future and spending the day off the front in the first big race of the year is a great start.