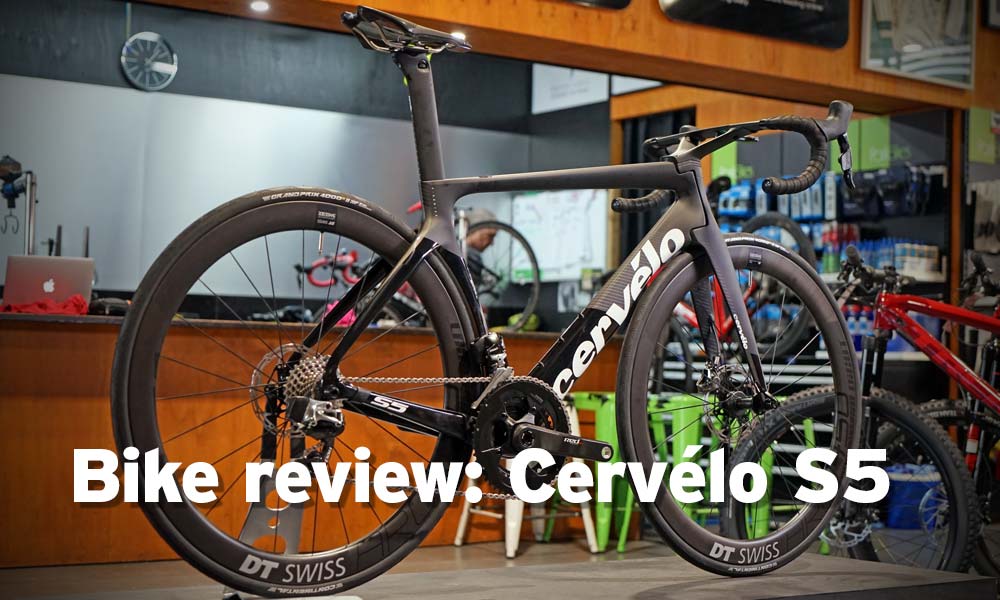 It has been a while since RIDE Media last reviewed a bike but it’s time to get ready to ride the new Cervélo S5. This is ‘The Unboxing’, the first of a series about a most intriguing bike.

If you are going to spend ±$14,000 on a bike, you want to know as much about it as possible. From the early days of RIDE Media the aim of our product reviews was to provide as much information as possible to allow The Reader – who may one day become the The Customer – to make an informed decision about their purchase.

Over the years, there have been many innovations to help us present as much information about the bikes reviewed by RIDE Media. We instigated the ‘Flex Test Jig’ (which was later mimicked by other cycling media), introduced the ‘Build Report’, and got accurate weights on every component used.

We published comments from the ‘First Impressions’ of a test ride – relaying the early appraisal of a handful of test riders who rode one bike after another and compared the traits of one to the next.

There have been reviews with accelerometer data and a wealth of other protocols that have helped paint a complete picture of the bikes that have passed through RIDE Media HQ over the years.

Back in action, with the aim of doing around one review per month, we start the new series of video reviews after receiving a box with a Cervélo S5 inside.

– Click the link below to watch the first part of a series about the Cervélo S5… The Unboxing! –

The latest Cervélo S5 has recently arrived in Australia. It is available in good retailers around the country and we RIDE Media visited one of the dealers, Park Bikes in Sydney’s Olympic Park, to get our review bike built. Before it got to the workshop, however, Rob Arnold did the ‘unboxing’ – providing an introduction to this bike and some of the things that make it unique.

The first of the series of videos about the S5 provides a little summary of what the component spec, what elements left an impression on first sight, and what traits we could expect the bike to have once it is put together.

We encourage our readers/viewers to provide feedback via the YouTube link’s comments section.

If you’d like to know something about the bike that isn’t covered in the series of clips – which will include the unboxing, workshop session(s), riding and more – please send an email and we will try to respond as soon as possible.

Below are some photos from the first session with the Cervélo S5. 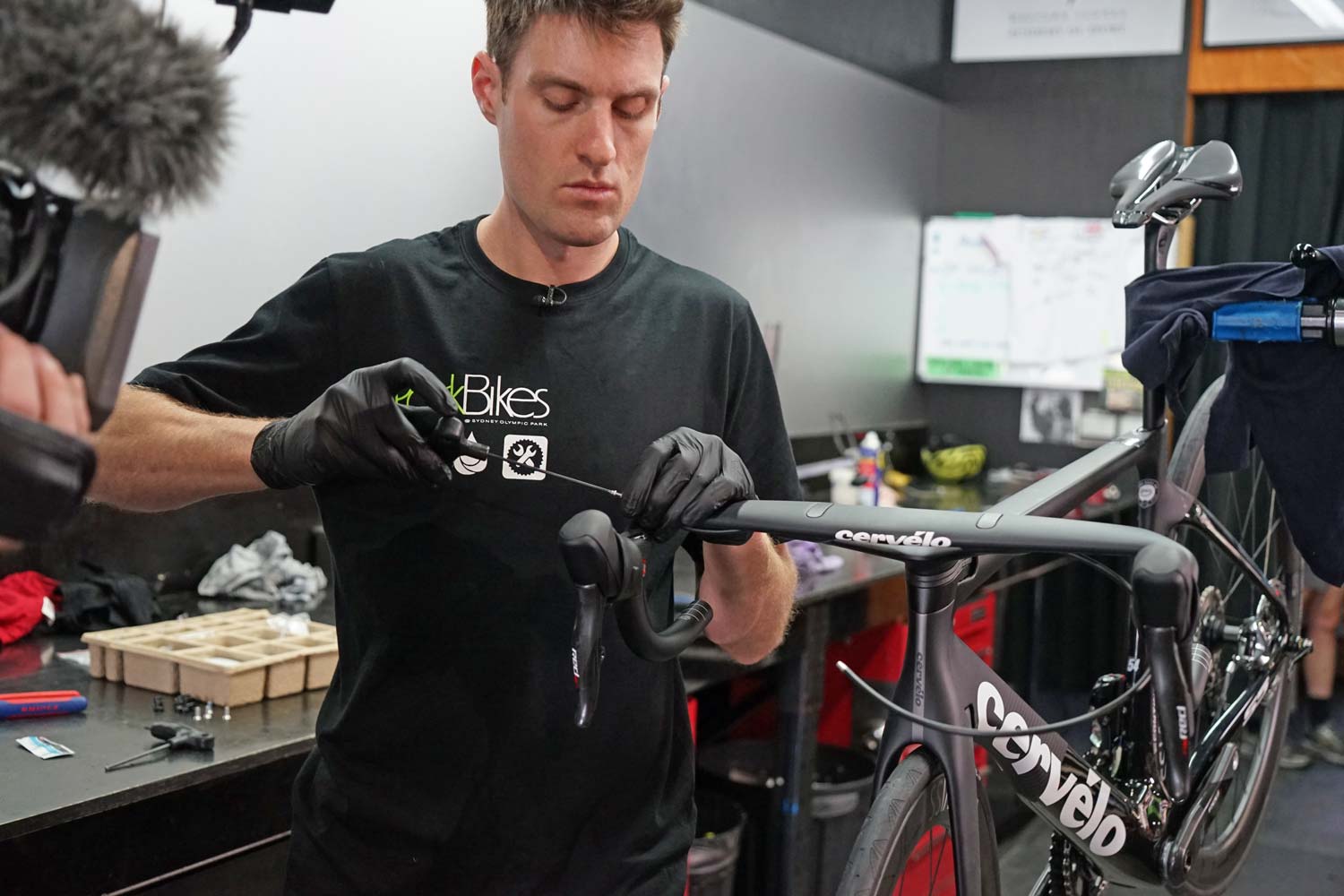 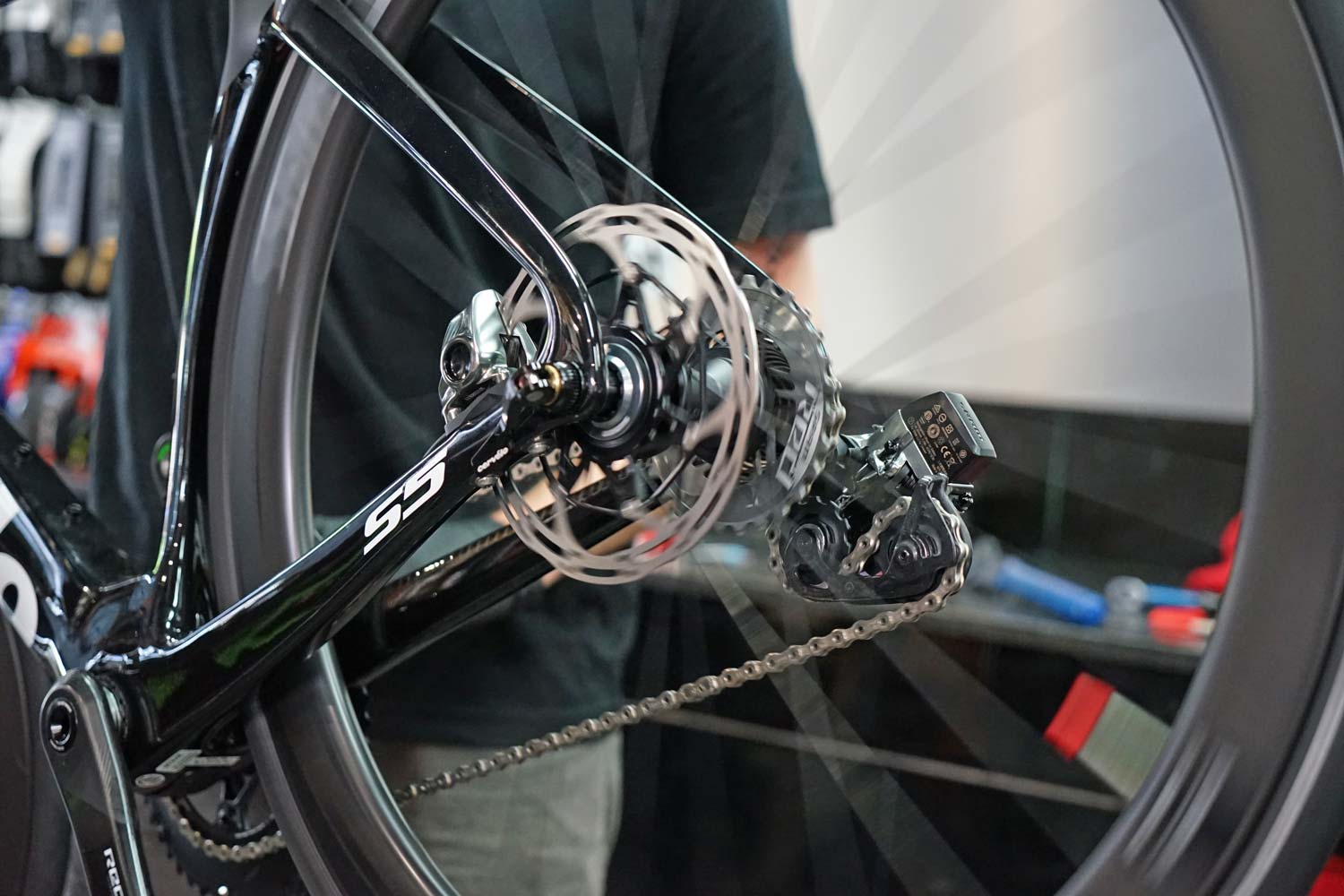 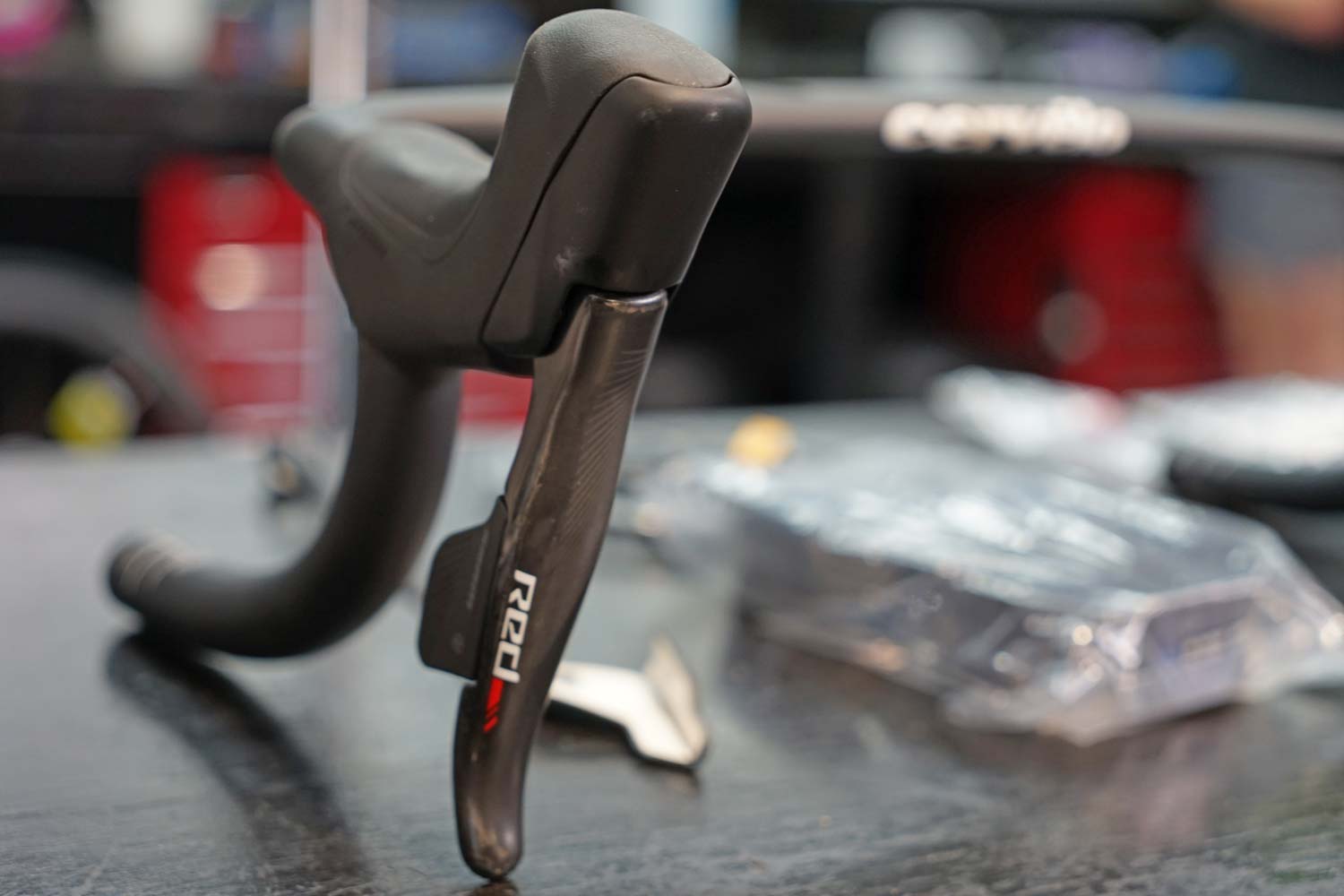 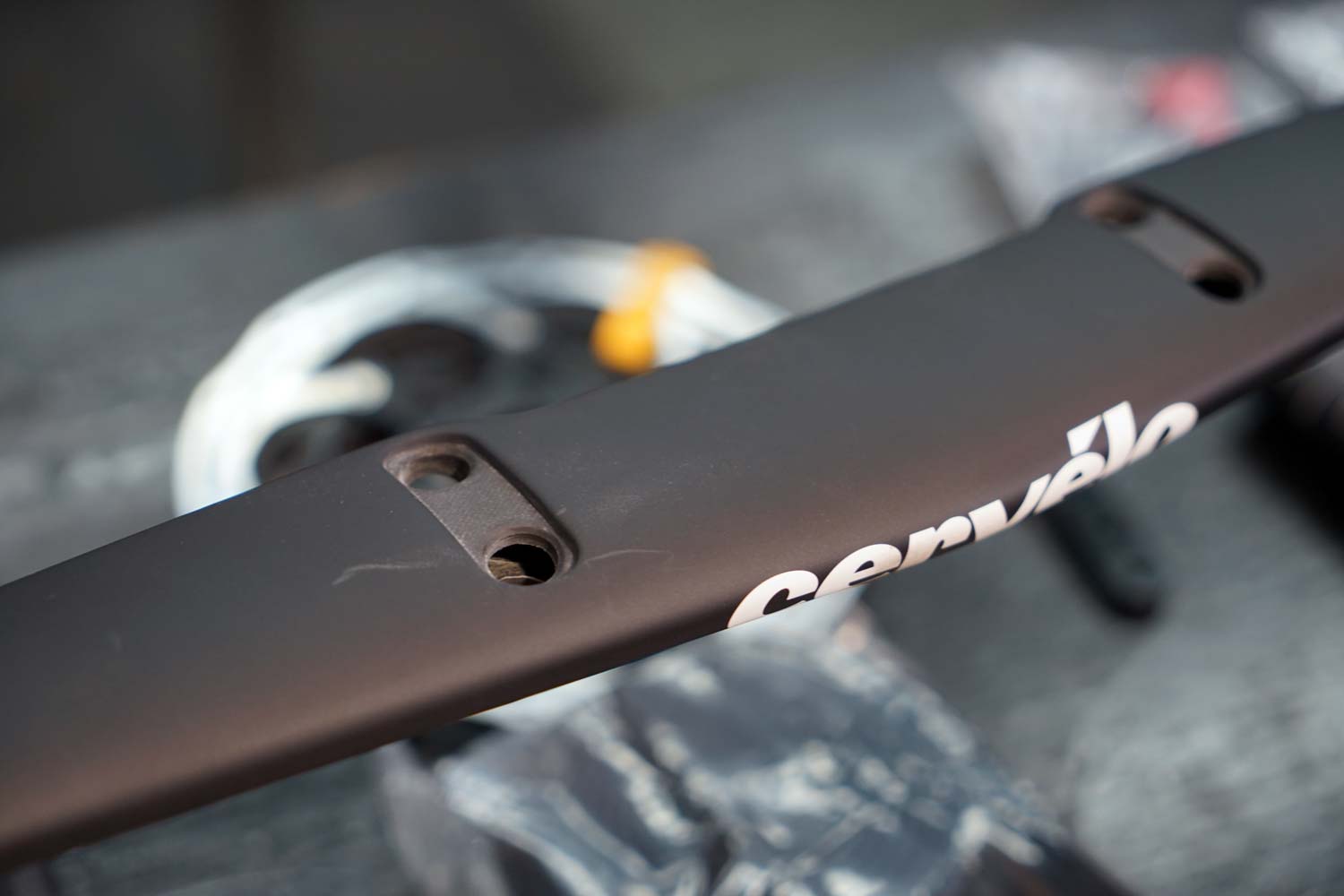 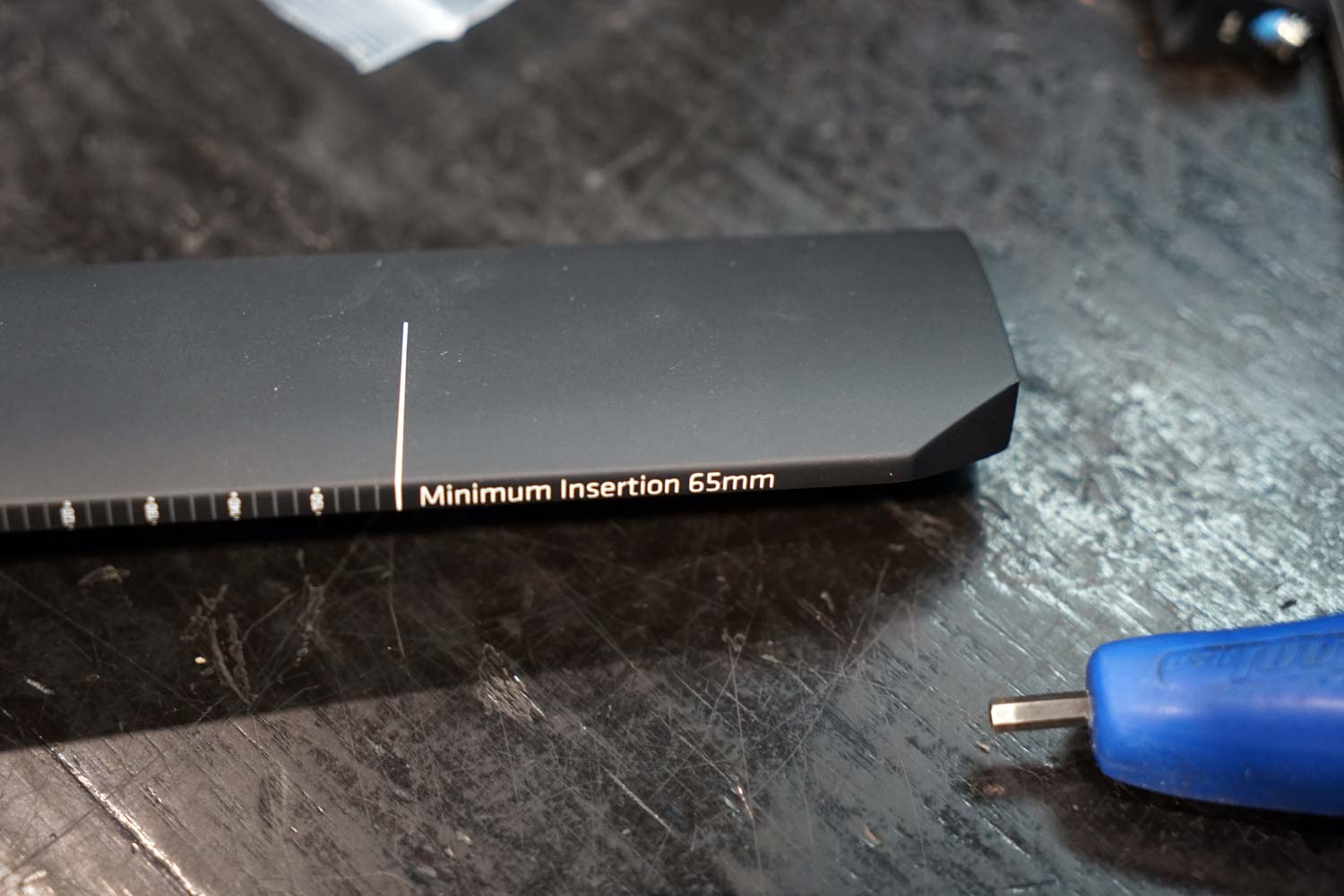 Part 2: Into The Workshop… coming soon.