Mark Cavendish won a sprint. We’ve heard that a lot over the years, 147 times in fact, but it’s been 1,159 days between victories for the Manxman. 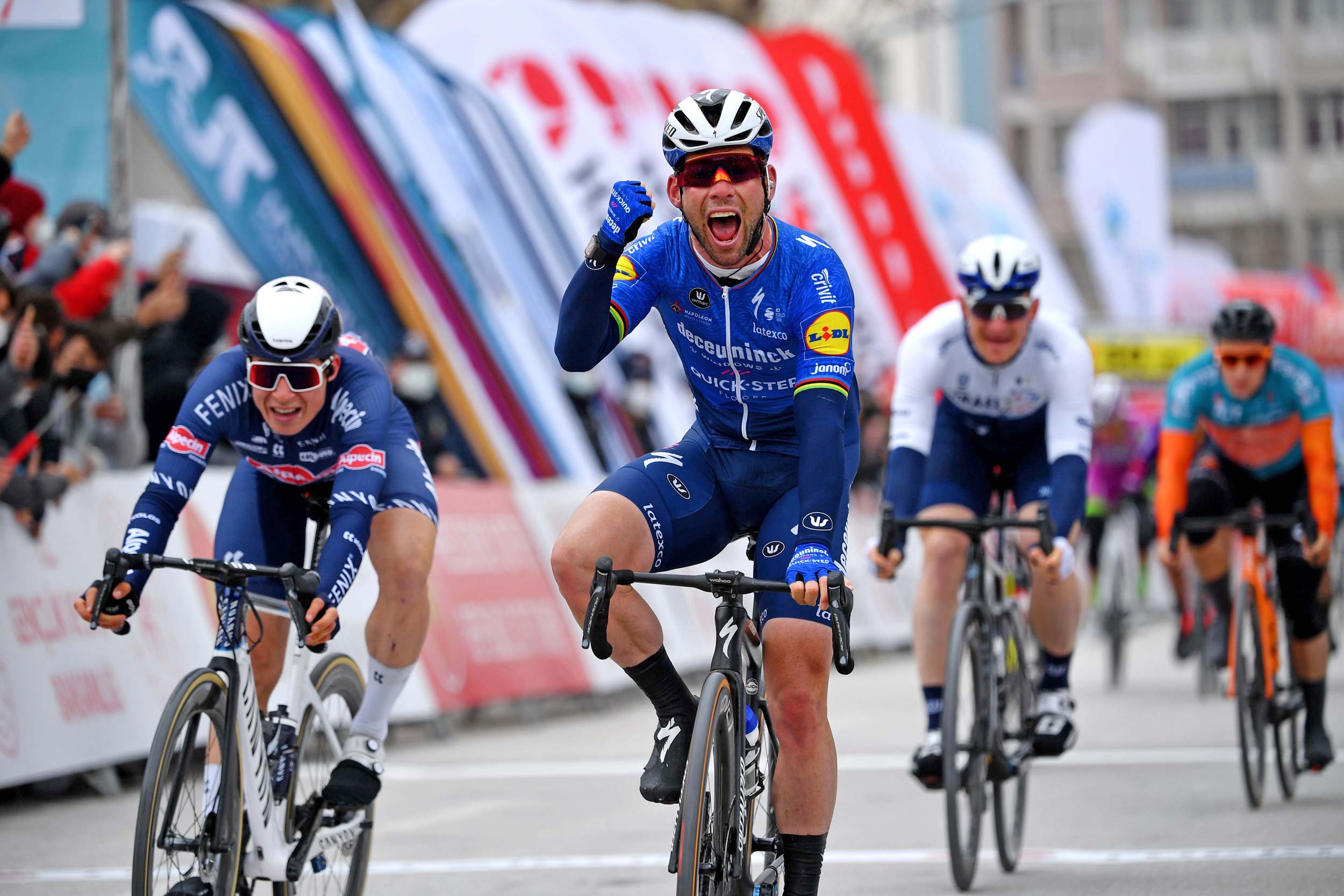 “I knew after yesterday that I had the speed needed to win,” said Mark Cavendish about his victory ahead of Jasper Philipsen and André Greipel in Konya at the end of stage two of the 2021 Tour of Turkey. It’s his first win since February 2018 when he beat Nacer Bouhanni and Marcel Kittel in stage three of the Dubai Tour.

“Philipsen jumped early and had a small gap,” explained the 35-year-old who now leads GC in Turkey, “but I had enough to make up ground and I must say I was quite surprised at how quickly I came in the final meters of the stage.”

Cavendish was fourth on day one, another sprint – also in Konya (but the opening stage was 72km, while stage two was over double the distance at 145km) – and it is clear that he’s seizing the opportunities given to him by his new team for 2021. 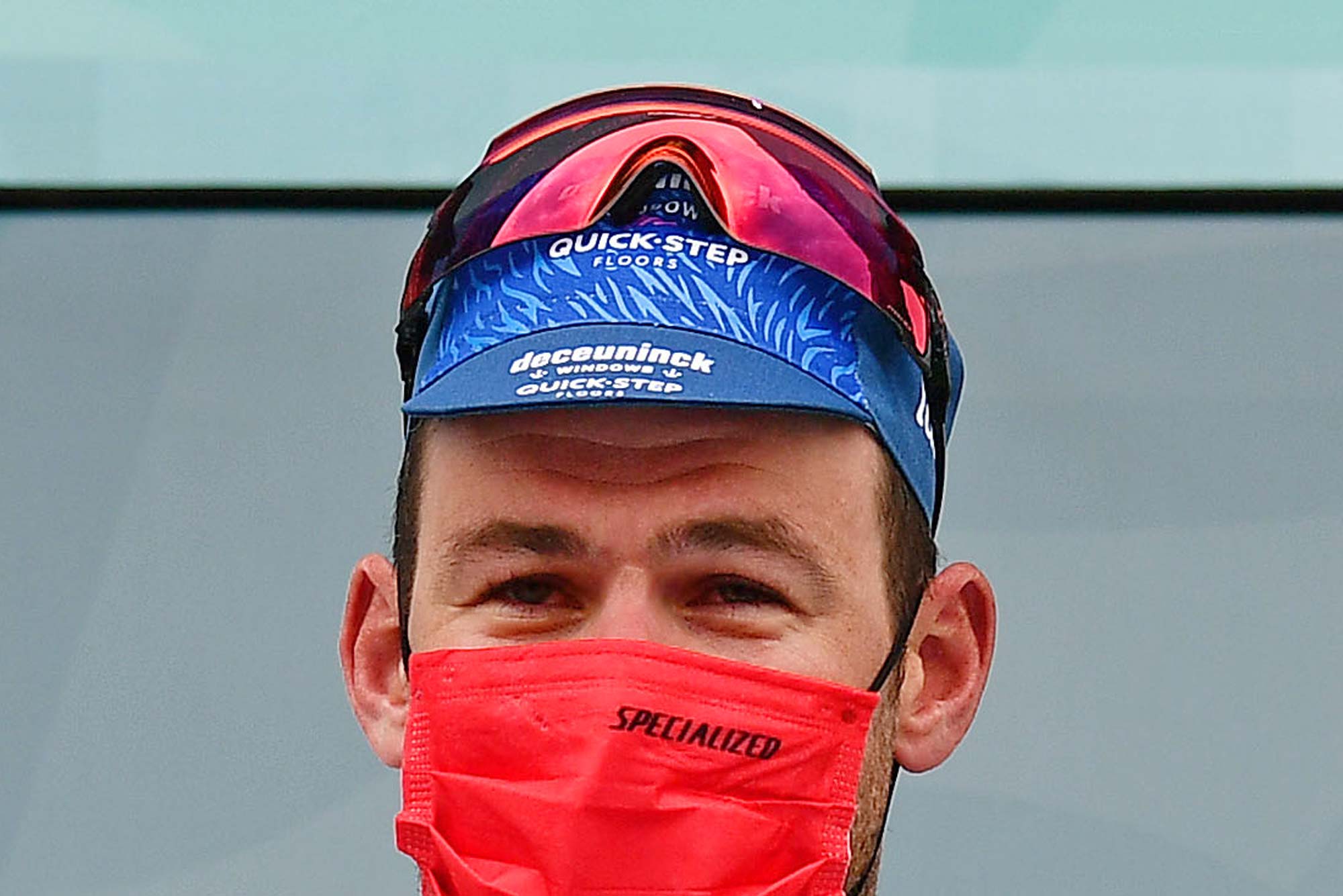 Hey, what’s that nose-bridge on the sunglasses all about? New? Yep. On the market? Nope, not yet.

At the Schelderprijs last week, he was back on the podium of a race he’s won three times in the past (2007, 2008 and 2011). In 2021 he was third in the Belgian Classic, and it was reason for celebration. It was a sign that ‘Cav’ was building momentum during his first season with Patrick Lefévère’s team since 2015.

In Belgium, it was Philipsen who outpaced Cavendish but in Turkey the Manxman claimed the top step of the podium with the young Belgian sprinter runner-up.

“I want to thank Deceuninck-Quickstep and Patrick for giving me this opportunity,” said Cavendish after his win in Konya.

“Patrick believed in me and I am so lucky to be here in this special team, in this family.

“What made me super proud was that Fabio [Jakobsen] was involved in this, working at the front in the finale together with the other guys, especially after what he has been through.” 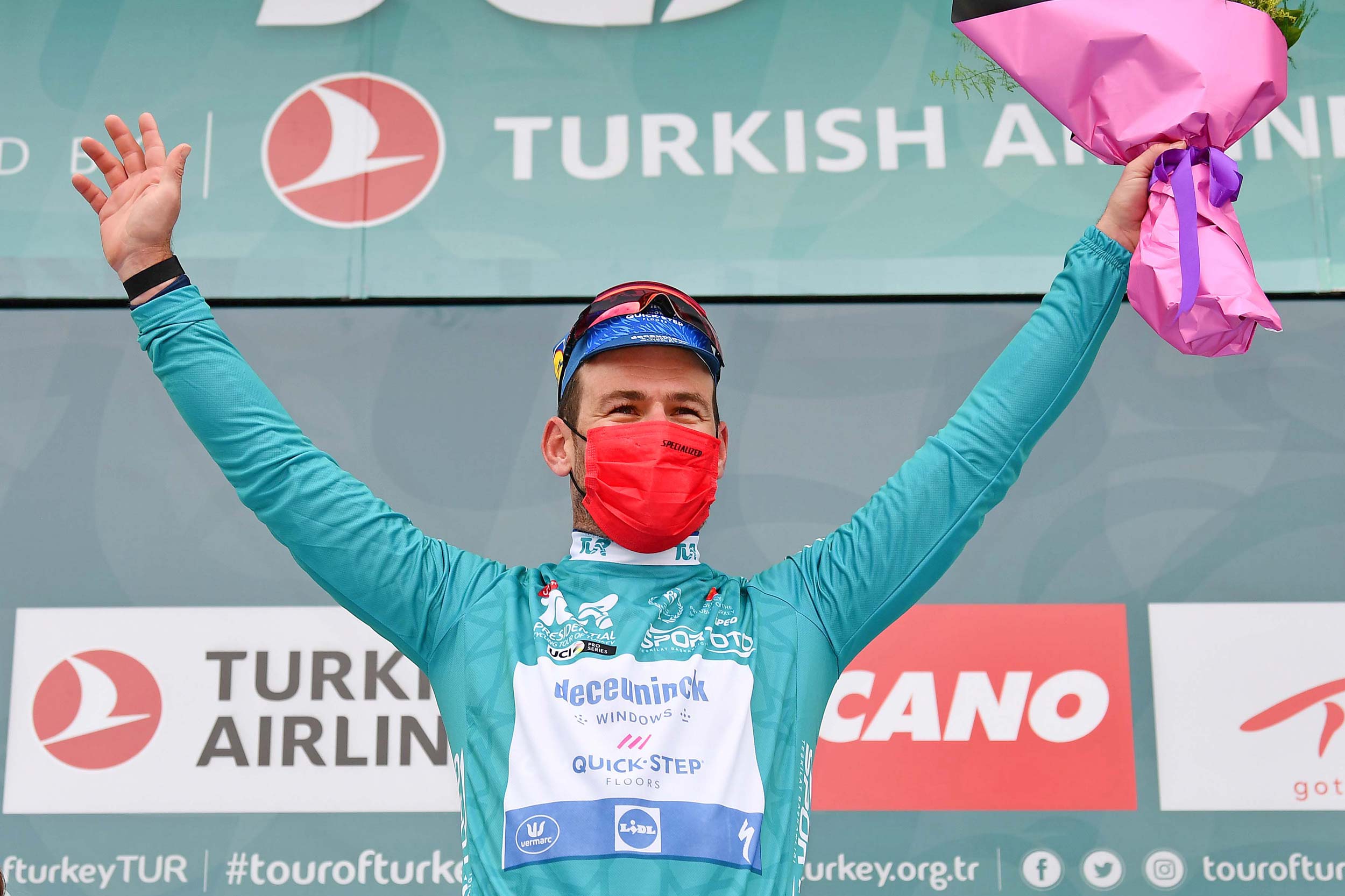 Cavendish is now in the leader’s jersey, on the same time as the winner of stage one, Arvid De Kleijn of the Rally Cycling team. Philipsen is third on GC, four seconds off the pace.

The Tour of Turkey is the comeback race for Jakobsen, his first competition after the terrible crash in the Tour of Poland last year that ended with him in a coma with severe injuries after a sprint finish that went horribly wrong.

For Cavendish, it’s a sign that he’s still got the skill and speed (and team support) to win bike races. And for one of his long-term sponsors, Oakley, it’s a reminder that he’s still capable of earning some headlines… while wearing something that’s not due to be formally unveiled until next month. 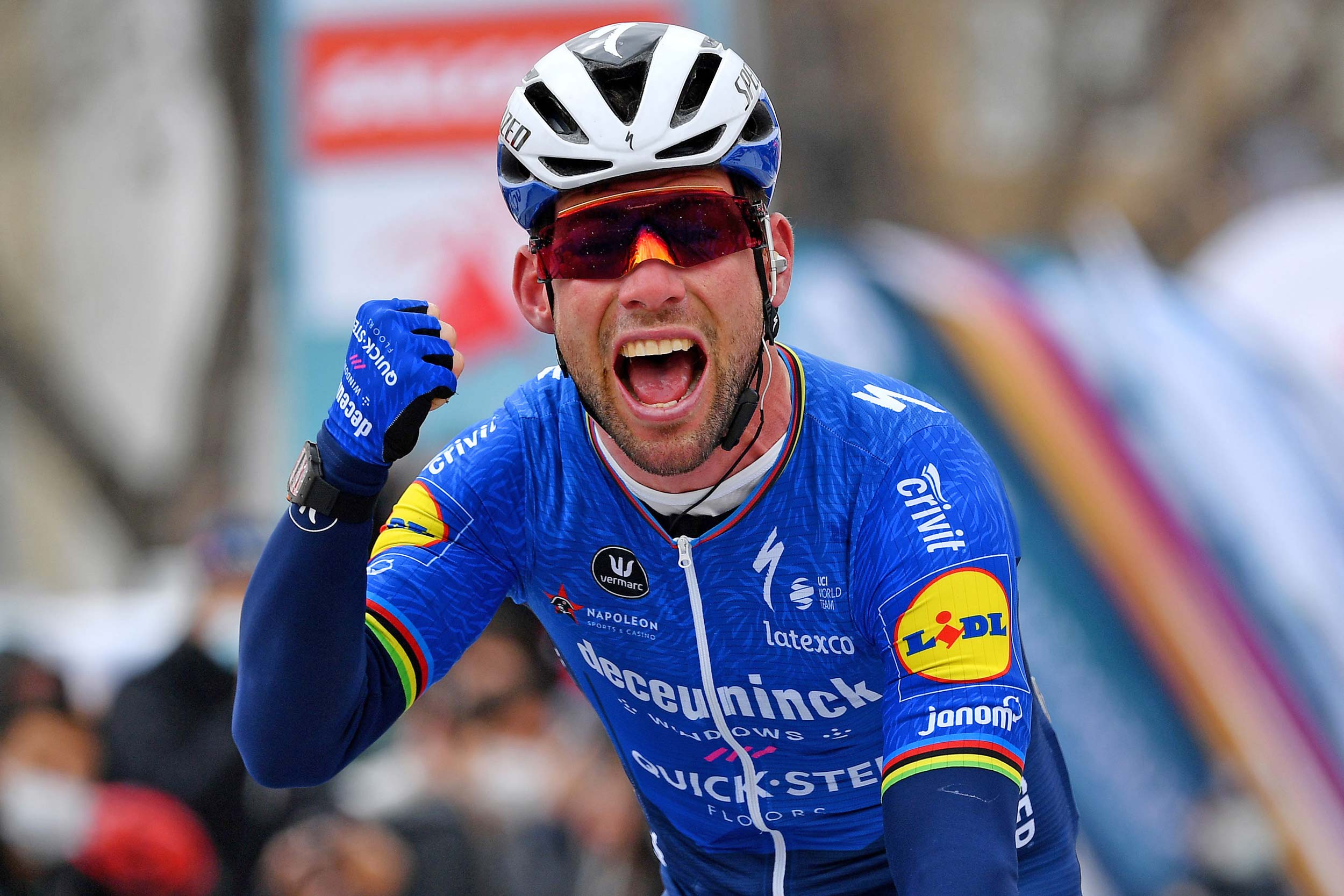 Look at the shots above. Notice anything different? What’s that plastic nose-bridge on the orange sunglasses? Ever seen that before?

Upon sighting the photos (by Stuart Franklin of Getty Images, and supplied by Deceuninck-Quickstep), a few questions were raised about what seems to be a new shape and style. “Are these new? What’s the story?”

It would seem my observation proved to be correct. But Oakley, although it gained some exposure thanks to Cavendish’s win and return to the top of the podium, remains coy about the details. Apparently there is an embargo in place for a few more weeks. And so, we can just look at the images and wonder what is about to hit the market. (We’ll report more when more is revealed.)