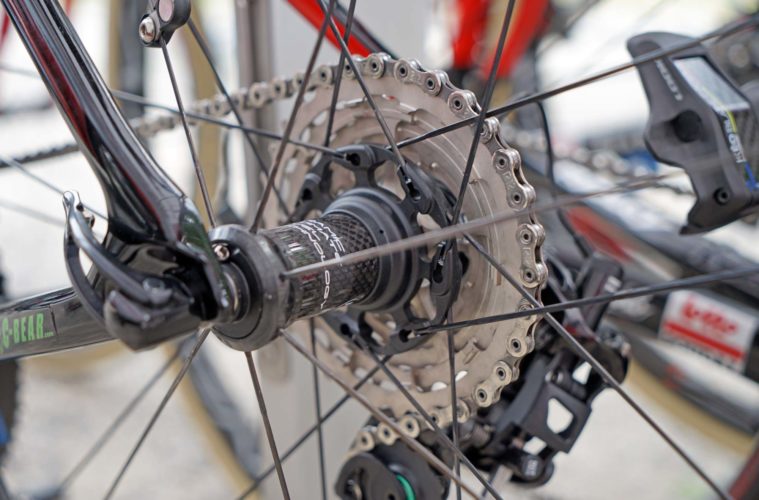 It’s time go climb! Before the start of the sixth stage, RIDE Media spoke with Lotto-Soudal’s team mechanic to find out what the gearing current King of the Mountains will use…

Steven van Olmen is one of many in the Tour entourage that was working a little later than usual last night. He’s one of the mechanics for Lotto-Soudal and, with the first summit finish of the 2019 Tour coming up, he had to switch a few cassettes and a couple of chainrings overnight.

Before the stage, I got him to explain the various selections of riders like Tim Wellens, who wears the polka-dot jersey today, as well as birthday boy, the sprint specialist from the team, Caleb Ewan. 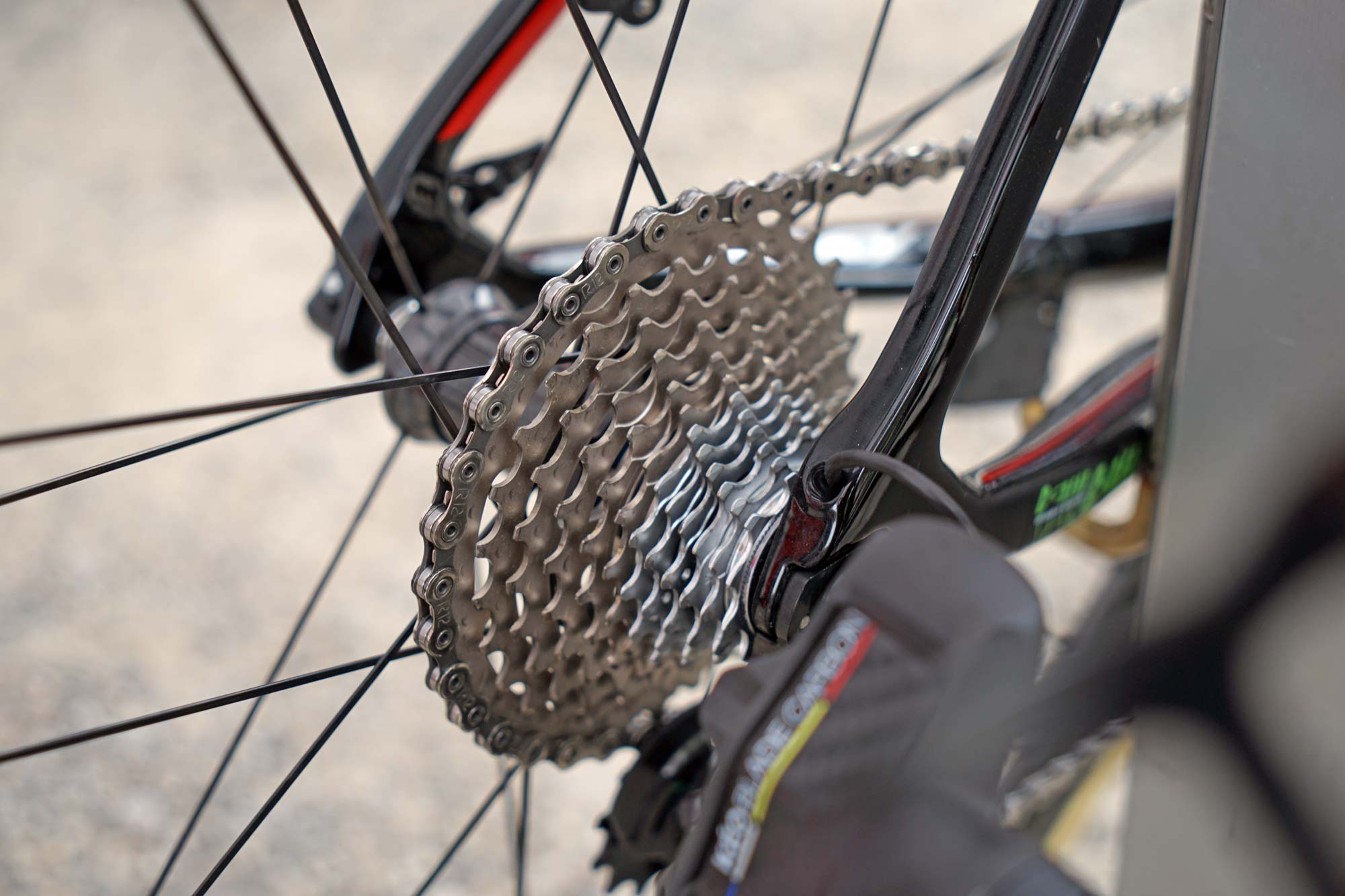 Ready for the steep incline at the end of stage six, Caleb Ewan’s bike has a 32-tooth at the rear (above). Below are a series of of photos of bikes from the Lotto-Soudal team.

“Tim is riding the standard ration: a 39 (small chainring) with a 29 at the back, so he didn’t change anything.

“He wants to go in the breakaway for the first climbs and he knows the last one is not for him because it’s too hard and it’s for the GC riders. So, he continues with the standard gears, with a focus on the beginning of the stage.”

Did anyone on the team go for a more extreme ration because of the steep gradient at the end?

“Roger Kluge is a guy who weighs 85kg and he is using a 36 small chainring and a 32 as his easiest gear on the cassette – he’s the only one using a ‘compact’ ratio up front.” 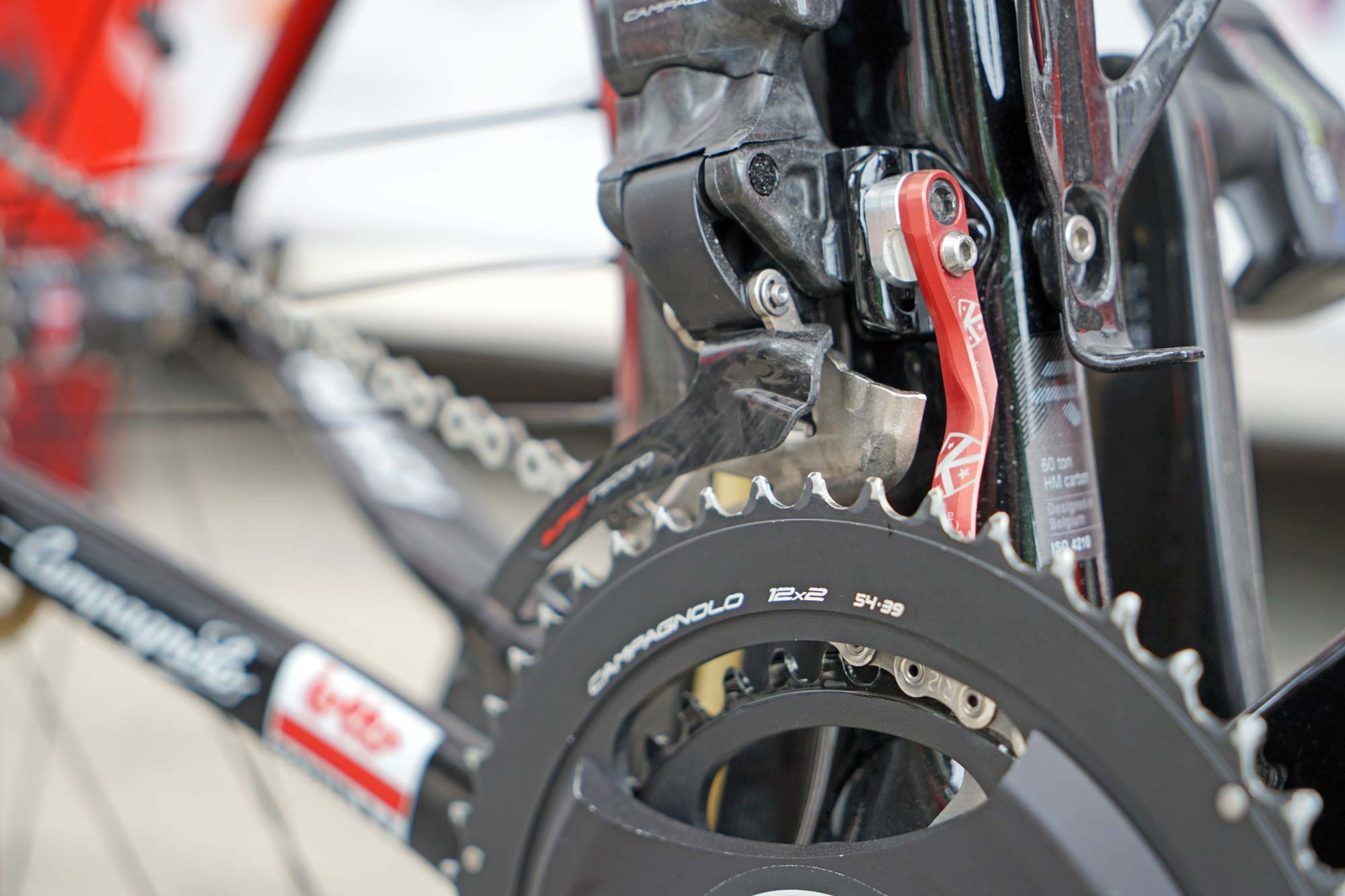 Caleb: sprinting with a 54…

The stage to La Planches des Belles Filles marks the first proper showdown for the GC guys but it also happens to be contested on the day of Caleb Ewan’s 25th birthday, so Steven talked a little about the changes to gear selection made recently by the sprint specialist.

“Since the Giro, he has switched to a 54-tooth big chainring and he’s going to keep that always now. At least that’s what he seems to suggest when I ask him about swapping back.

“In Brussels the finish was uphill a bit but he was still pushing the 54. He’s impressive. He’s got good power!”

Of course that comment prompted the obvious question: do you know his numbers? What’s his power output for the two sprints in which he’s finished third?

“I know what André Greipel used to get to and Caleb doesn’t get that extreme – that’s normal, look at the difference in size.”

Look closer at the Ridley bikes used by Lotto-Soudal riders and you’ll see some green down by the bottom bracket. Steven explained that this is “ceramic bearing from C-Bear – the cups are stronger and they are more straight in the frame, so the cranks turn better. There’s less resistance.”

Any other tricks? “They also use C-Bear pulley wheels,” concluded Steven, which prompted me to joke: saving the riders 4.5 watts…

He laughed, understood that I was being facetious and continued the game, “Oh yeah, maybe one watt less.” The he summed up why these little changes are made by riders in the modern peloton: “It’s more a thing for the mind, I think, than for the feeling they get in the legs.” 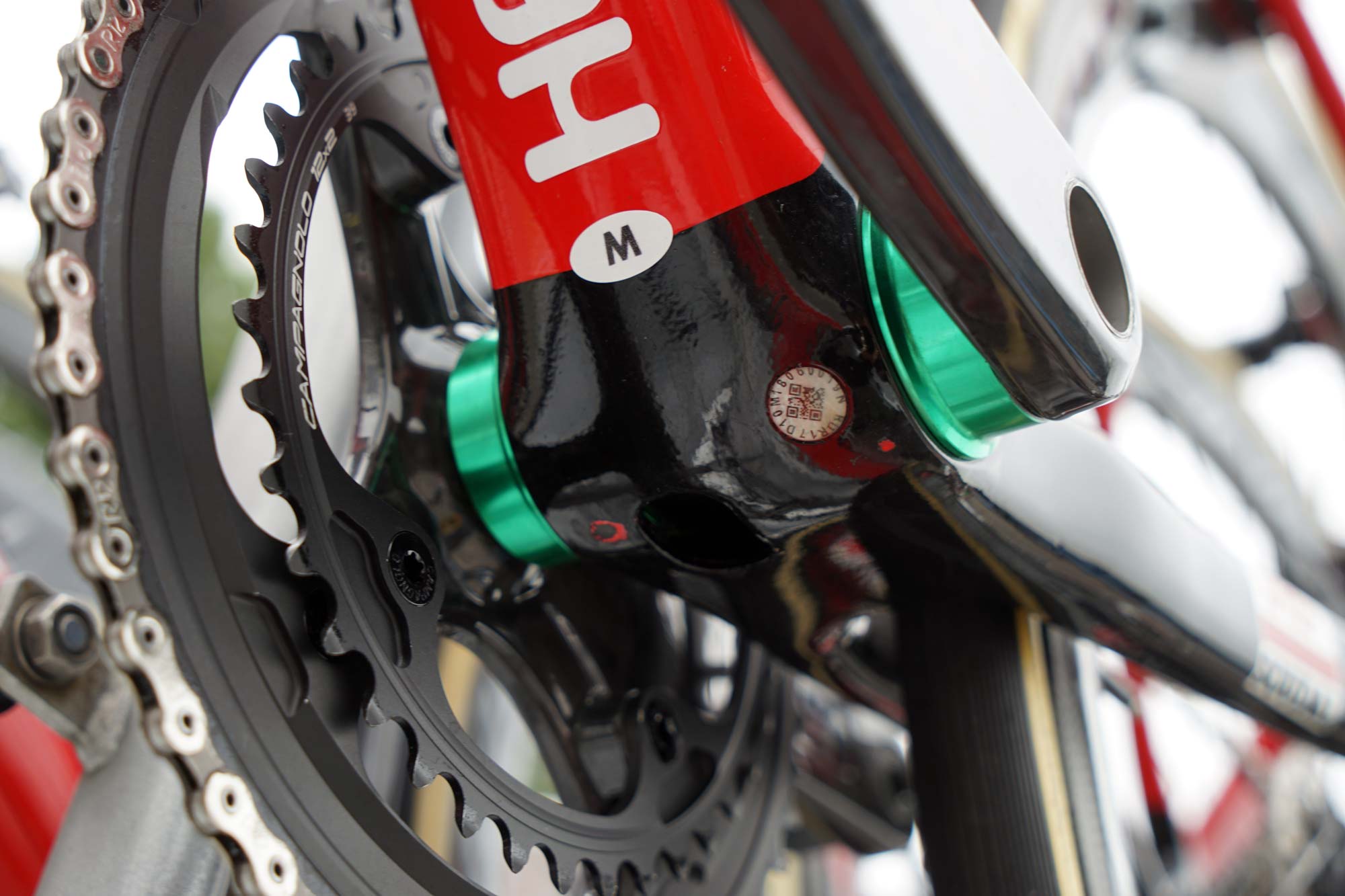 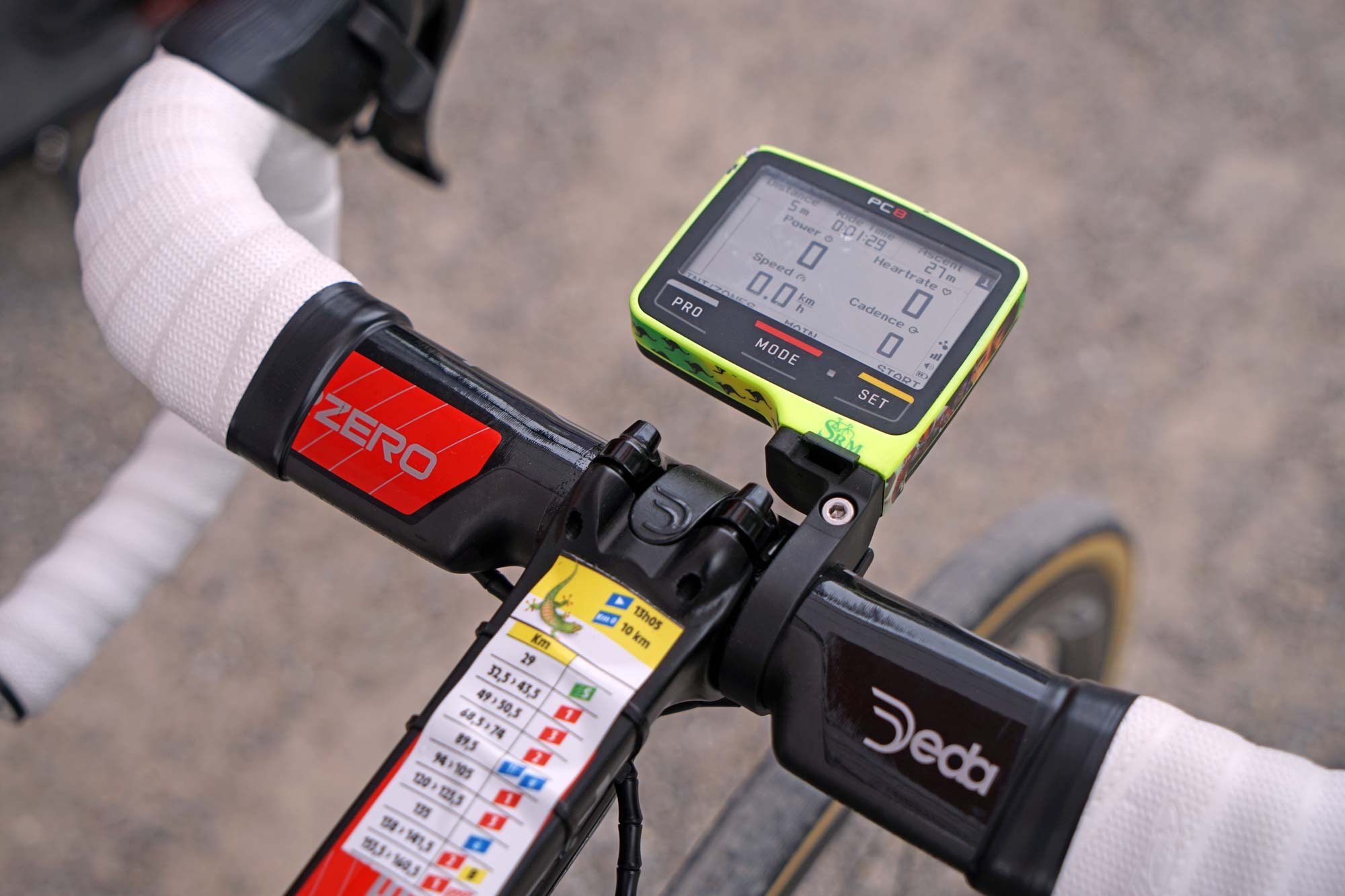 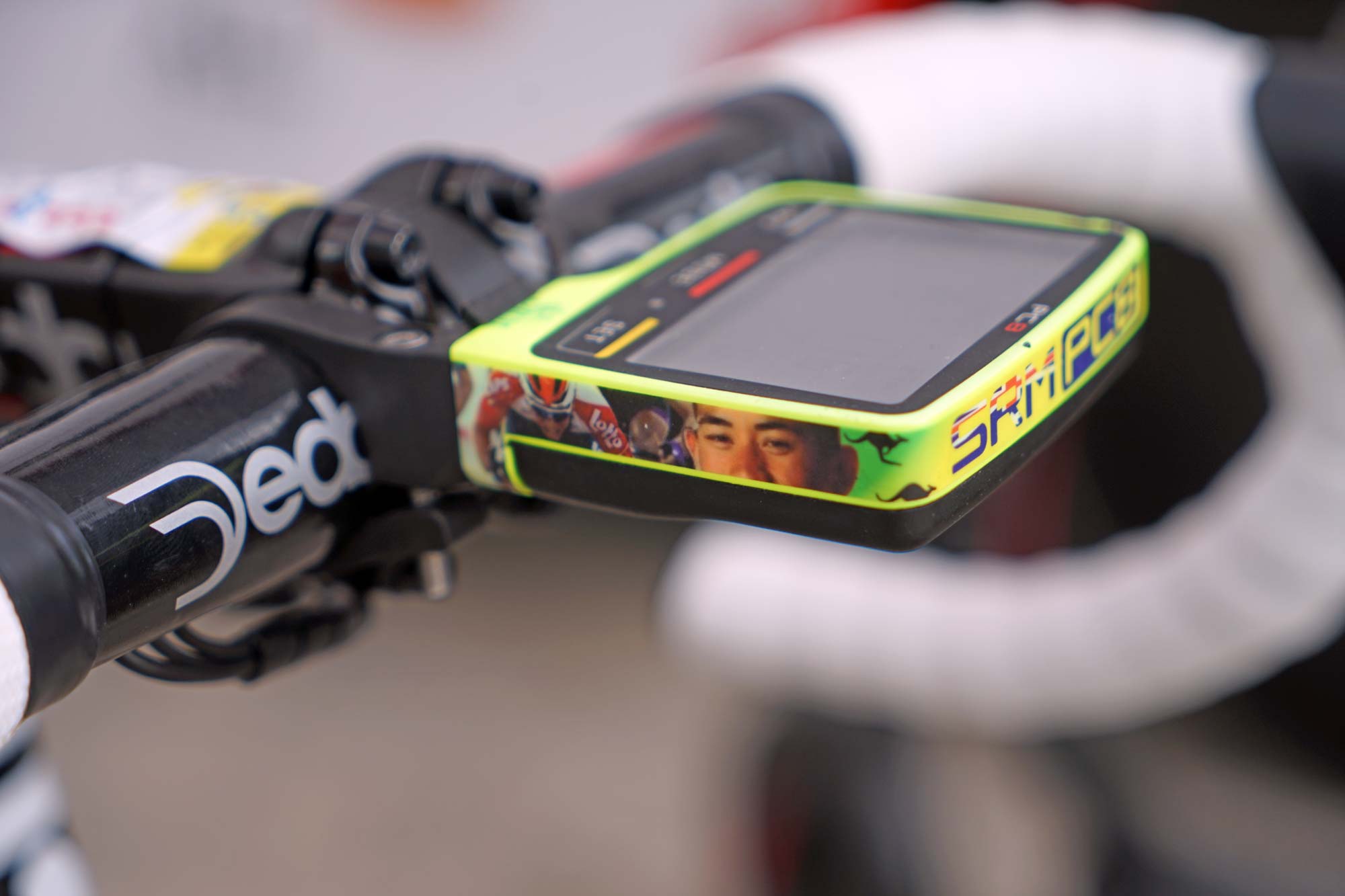 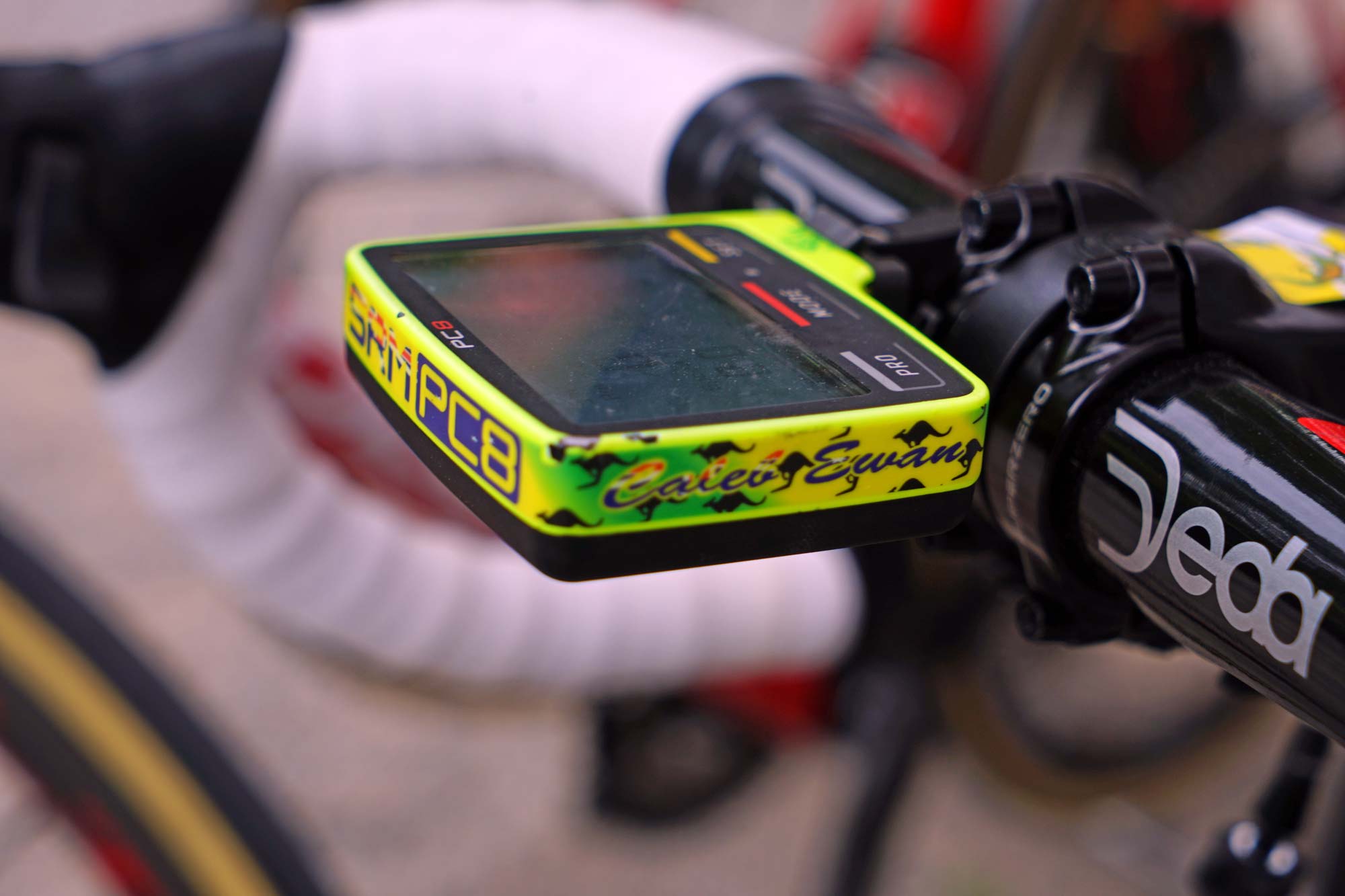 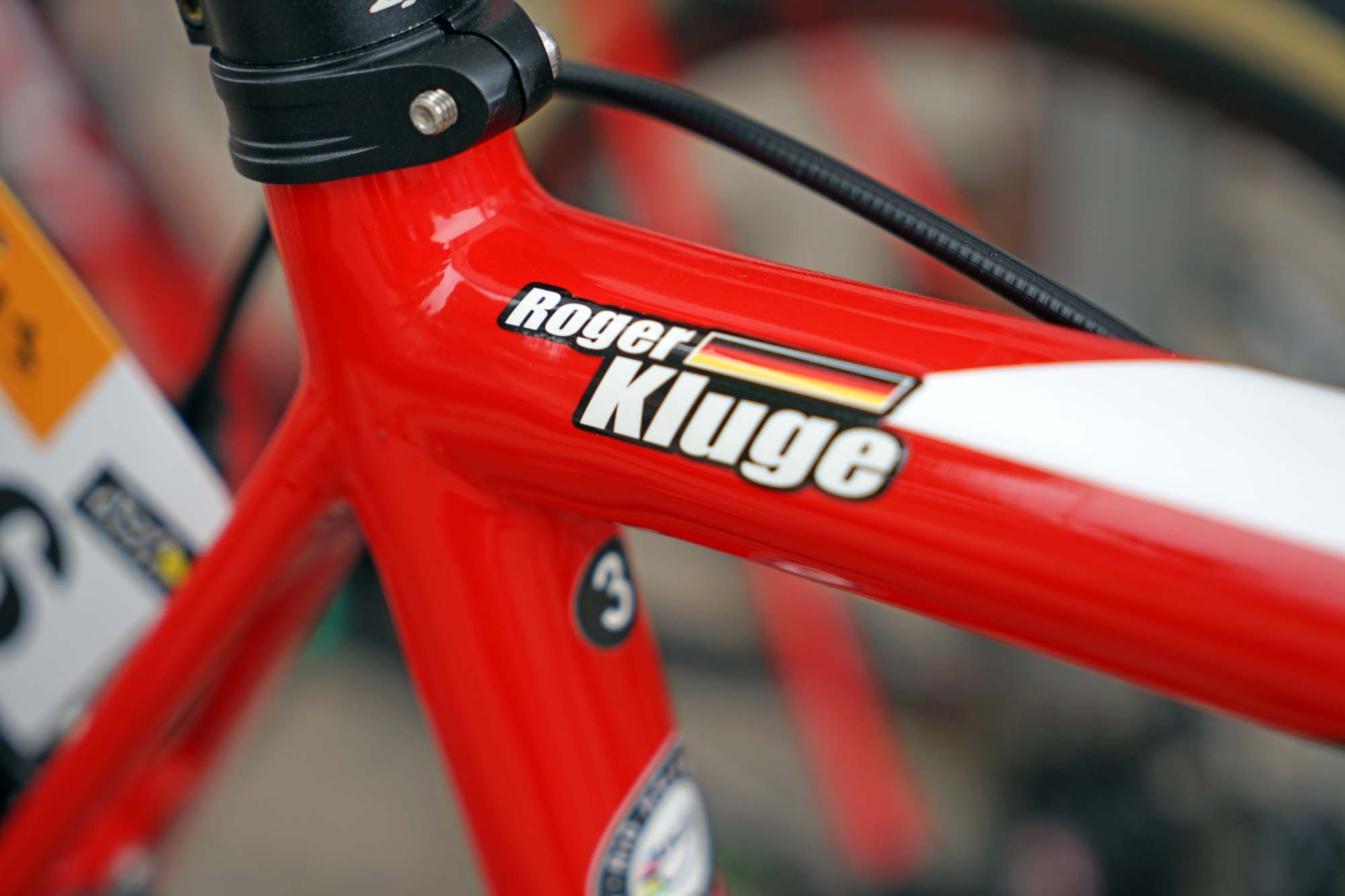 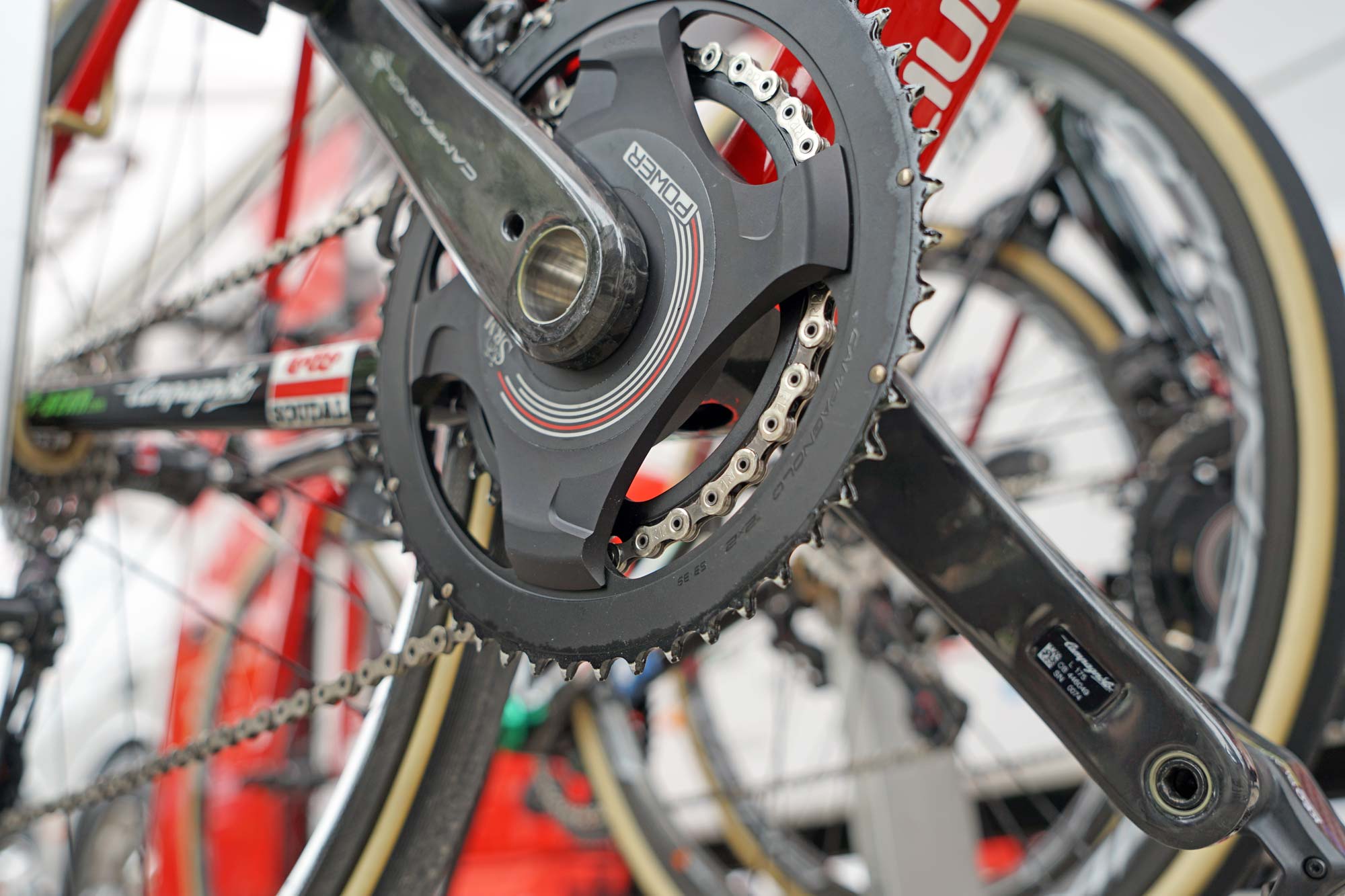