Equipment innovation tends to get dramatic as we approach an Olympic Games, and that trend continues in the lead-up to Tokyo 2020. We consider the latest release by Team GB.

“To qualify to be ridden at the 2020 Tokyo Olympics,” states an official release from the company that has helped develop a new track bike for Team GB, Lotus, “the bike’s design must be approved by the UCI and it must be ridden during the 2019/2020 Tissot UCI Track Cycling World Cup series by the Great Britain Cycling Team before the end of 2019.”

And so, on the weekend, this rethink of the traditional bike frame will be in competition.

Round one is in Minsk, Belarus, where the new bike will make its competitive debut. From there it’s on to Glasgow and, eventually, we should expect to see Team GB athletes racing it in Brisbane in December. 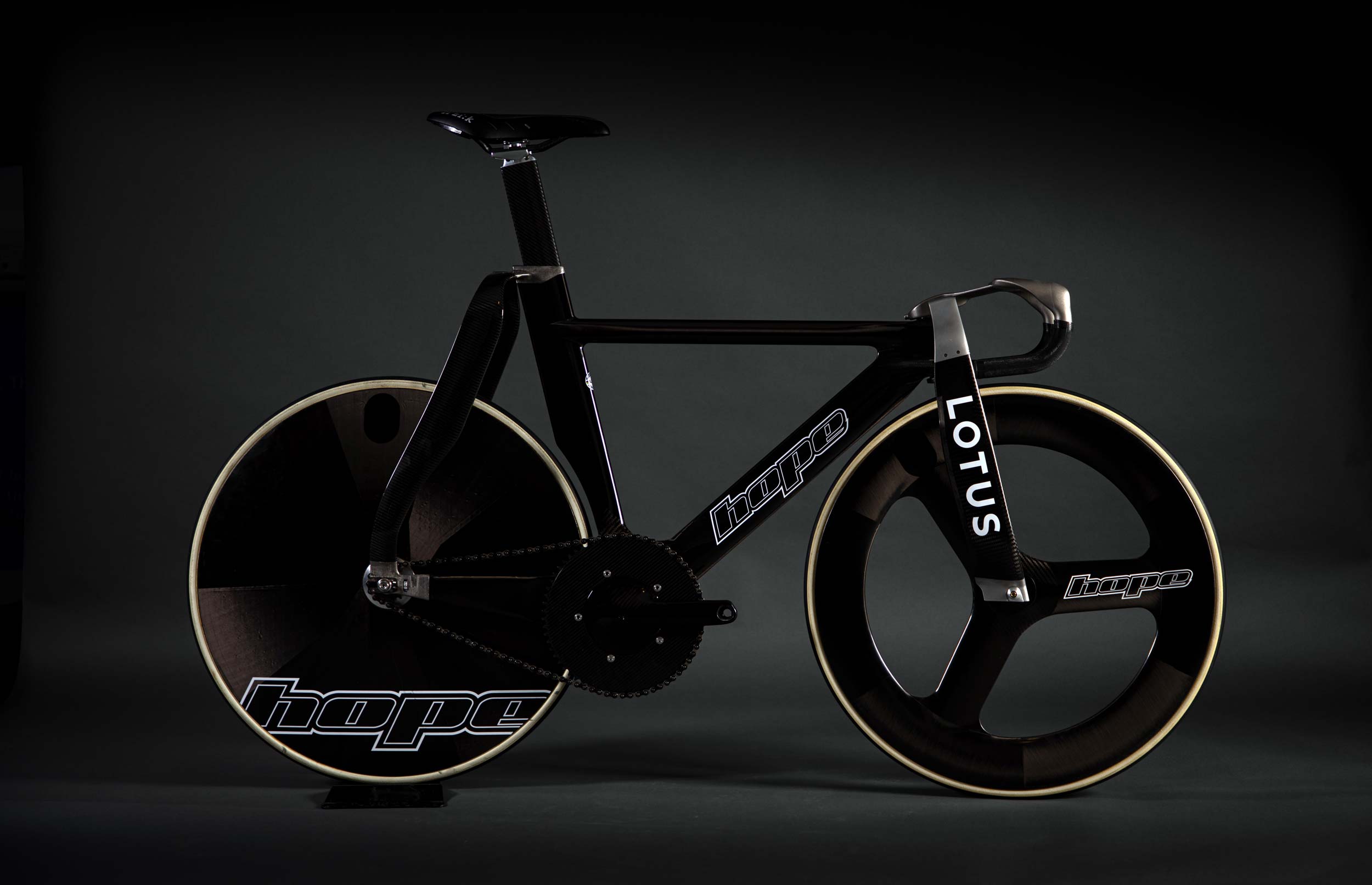 “It feels different,” says Ed Clancy, a former omnium world champion and a stalwart of Team GB’s dominant pursuit team which has won Olympic gold in Beijing, London and Rio.

“You get so in-tune with your current bike and your current set up… the mechanics make everything – the height of your bars, the length of your bars, saddle height – as exact as they can but somehow it always feels different, you know? In terms of the handling and the feel of the thing, erm…”

And then Clancy doesn’t divulge too much tech insight.

“In terms of how fast it is? We know it’s going to be quick but today we’re just rocking around at, whatever – 40, 50km/h, getting a feel for it.

“It’s hard to say just how fast it is, but I’ve got faith in the engineers and the scientists.

“It’s going to be exciting when we roll it out.” 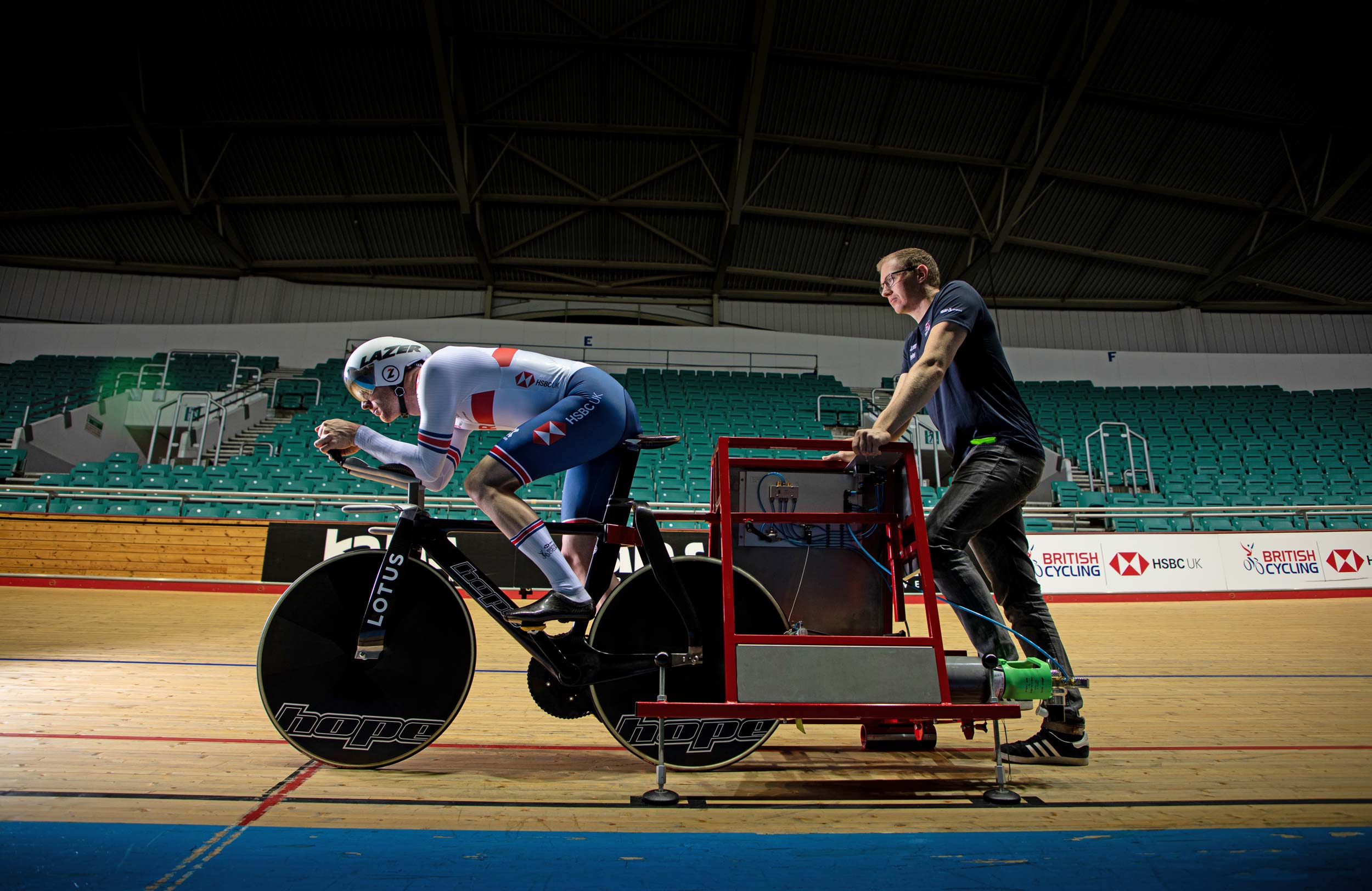 There are clauses in the UCI regulations that relate to equipment use and one of them relates to a need for product to be commercially available to buy.

“All manufacturers must comply with article 1.3.007 of the UCI Regulations when distributing a new model after approval. The new model must be available on market at the time of its use in events on UCI calendars as described in the article.”

We’re yet to ascertain the cost of equipment like what has been unveiled overnight by Lotus, Hope and Team GB but know from past experience that ‘available on market’ can be an ambiguous concept. Or rather, that a prohibitive pricing structure can be applied and that – no matter how much the tech may improve performance – it is not a viable option for most athletes. 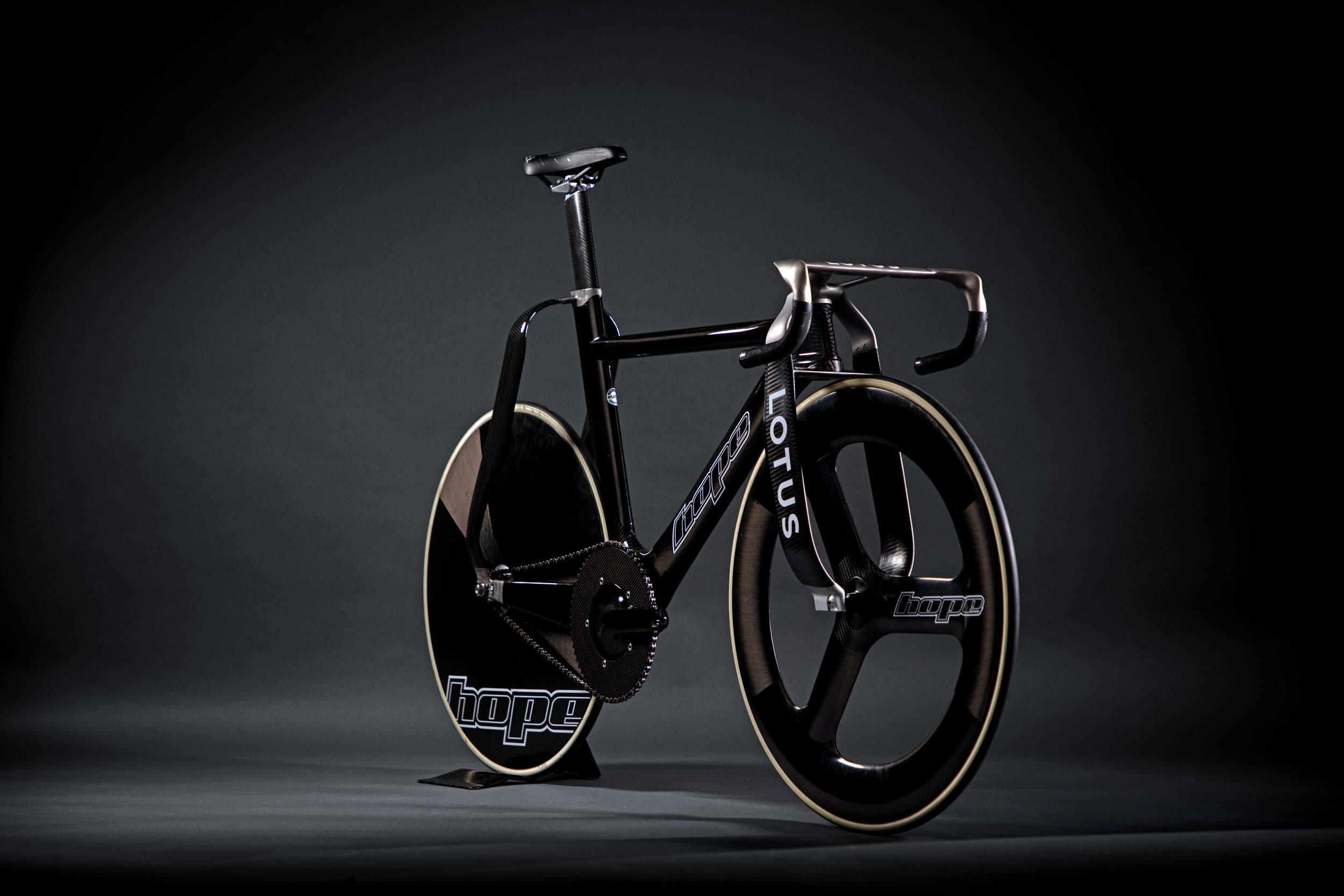 In advance of the 2008 Olympics, attempts were made to source similar equipment as that used by Team GB and a price list was issued.

RIDE Media has published this in 2014 and the overview is this: 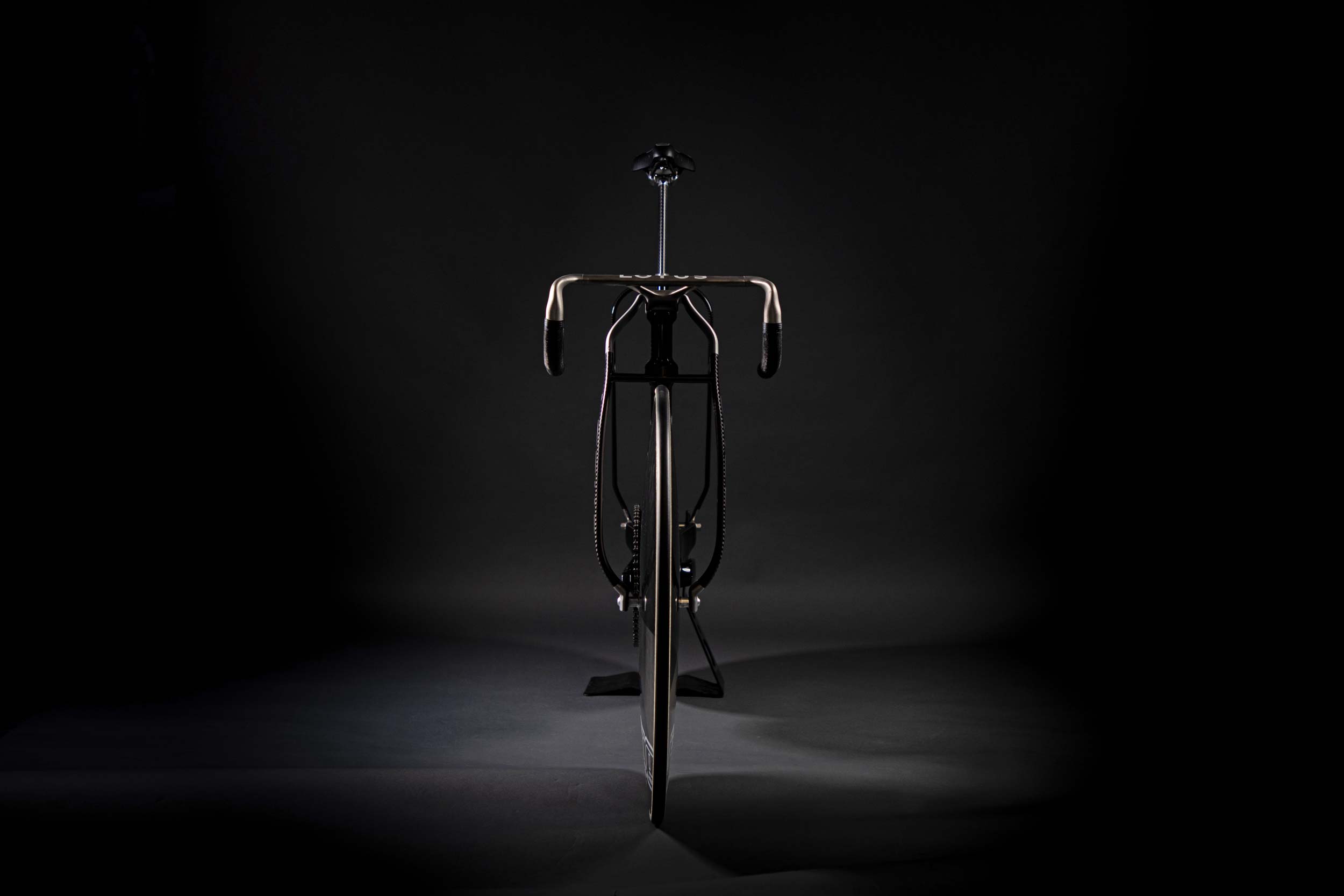 This story, however, isn’t so much about pricing, rather it relates to the notion of design evolution and the quest to eke out benefits that could be the difference between winning or losing.

Lotus is back in the bike game after a long hiatus, but its dalliance with the sport in the early 1990s helped propel Britain into the winning circle in cycling events at the Olympic Games. 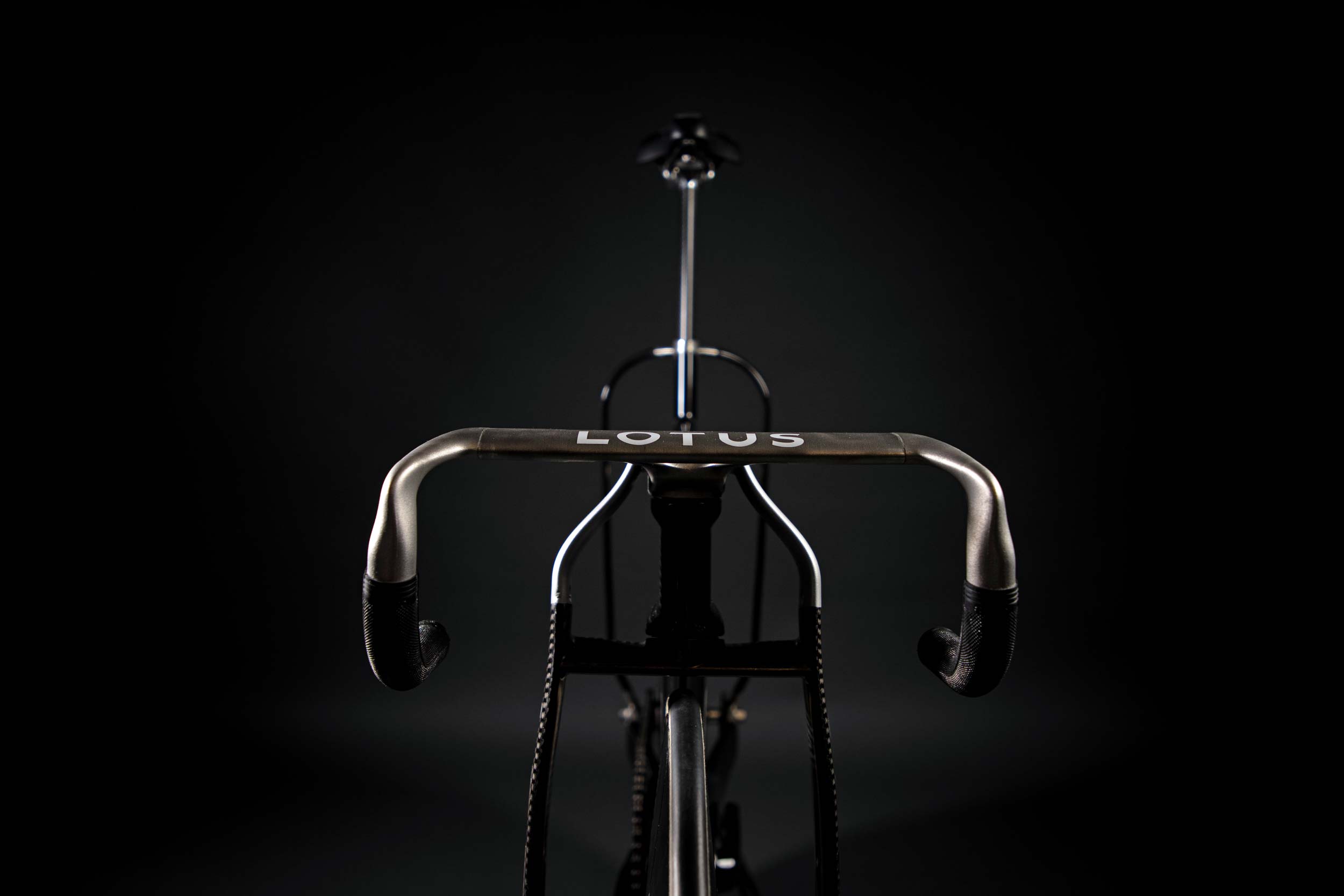 It was Boardman who, in 2013, told RIDE Media that there had been some extreme concepts considered in advance of the London Olympics, where Team GB first raced bikes with wide fork crowns, replacing the outdated concept of a tight fit with the top of the tyre.

It seems logical now: reduce turbulence, allow a more efficient airflow… and off you go, onwards to a gold medal. 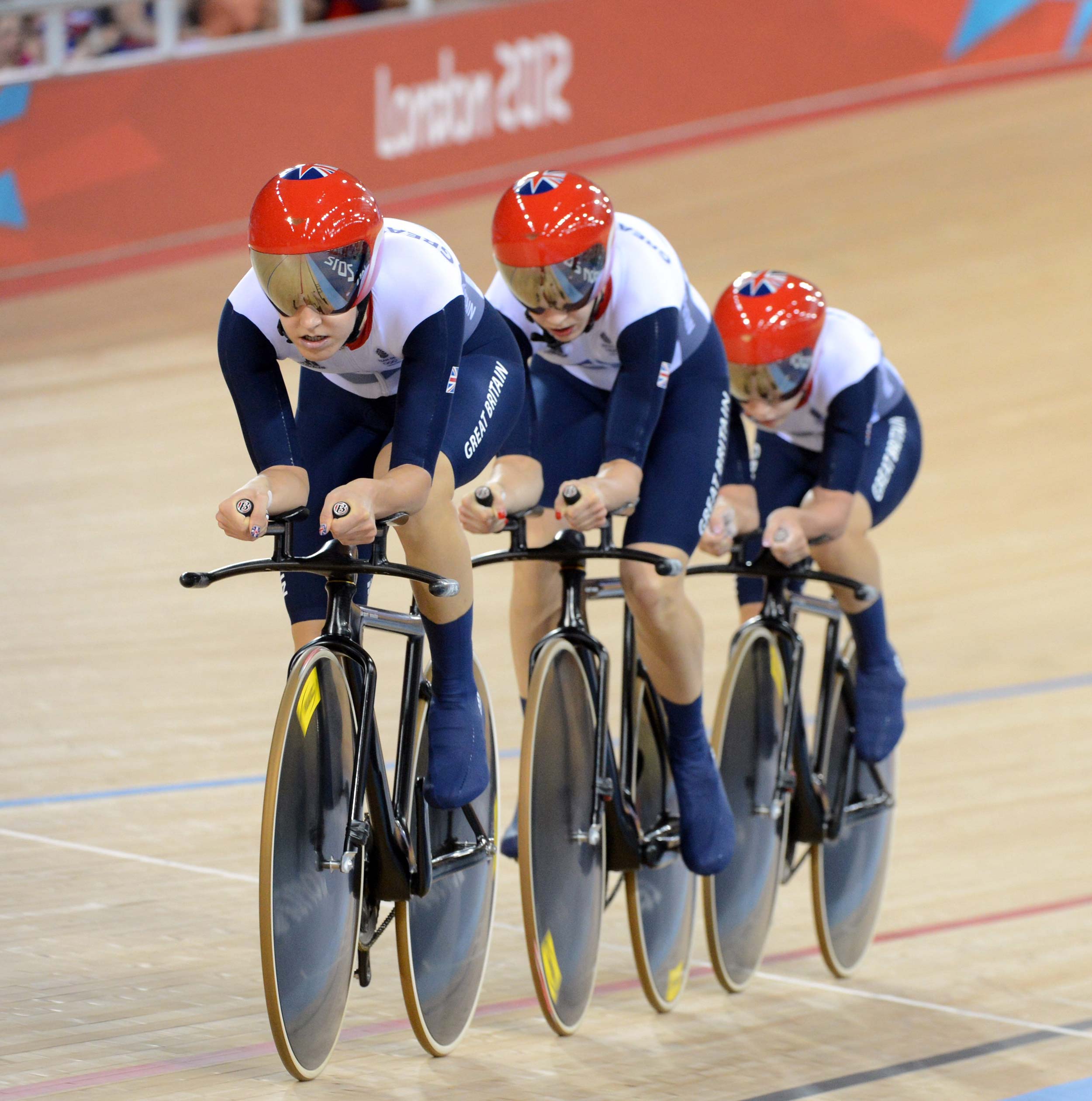 Team GB raced bikes with a wide fork crown with much success in 2012, winning seven of the 10 gold medals on offer on the velodrome at the London Olympics. (Photo: Graham Watson)

“At one point, we had a prototype where the top of the fork was almost as wide has the handlebars,” laughed Boardman in 2013. “And there were positive gains from that.”

It was ultimately too extreme at the time, and so a compromise was made and Team GB rolled out the bikes that would ultimately dominate the 2012 Games, winning seven of the 10 gold medals on the track.

Curiously, other high-profile track cycling achievements – like Bradley Wiggins’ hour record ride in 2015 and the Olympic Games in Rio – have been done using forks with the old-school aesthetic. 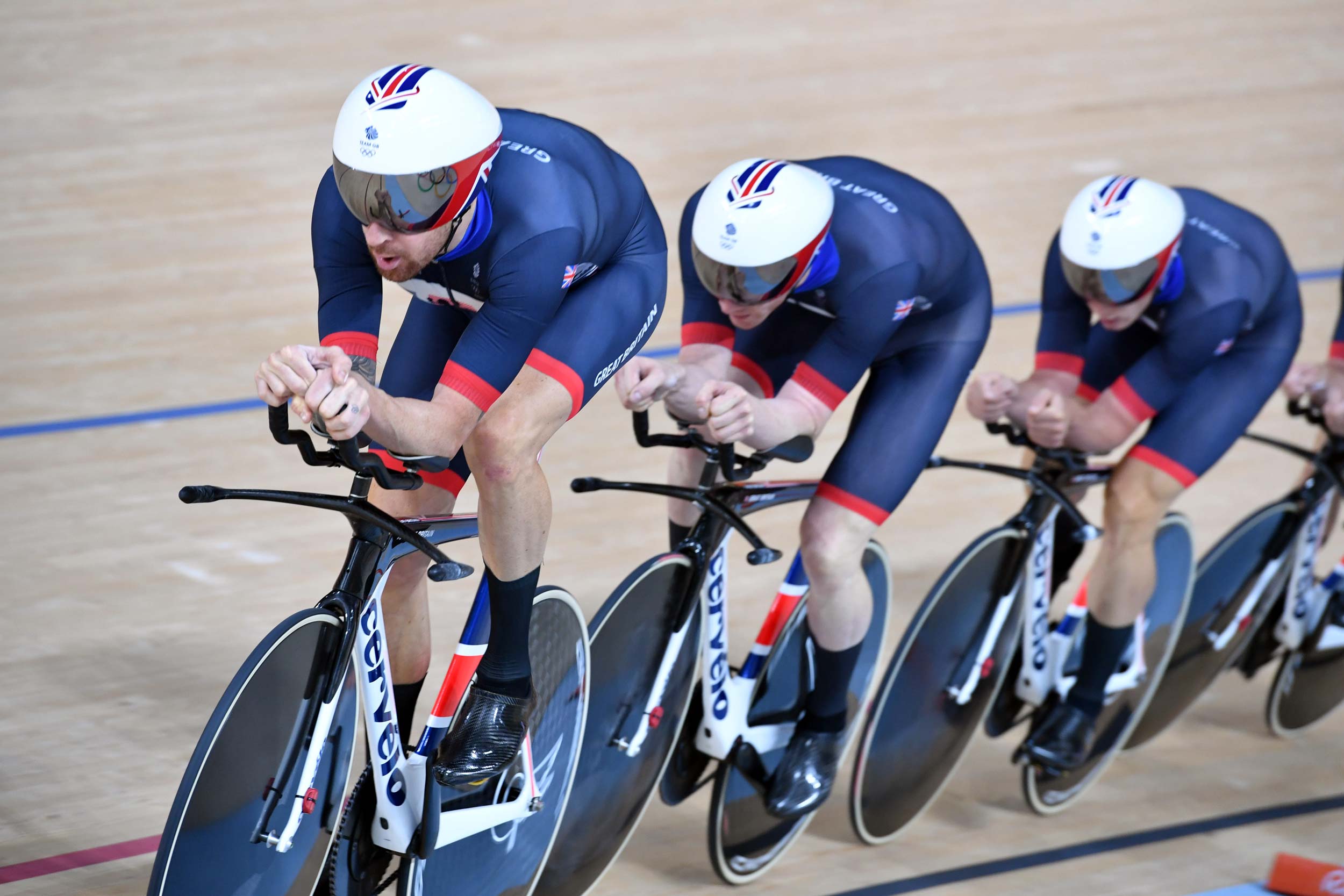 Fast-forward to 2019 and the latest collaboration between Lotus and GB cycling and we see an extreme iteration of the wide fork crown unveiled.

More than that, there is also movement for the seat stays.

Instead of joining the seat tube at around the height of the wheel, the stays have also grown: in width as well as height!

“Lotus Engineering has created the unique front fork design and handlebars for the new bike, working with Hope Technology to integrate these components into the overall package,” reads the official release.

“This has included a full program of wind tunnel evaluation on both bike and rider, plus testing to maximise the strength while minimising the weight. 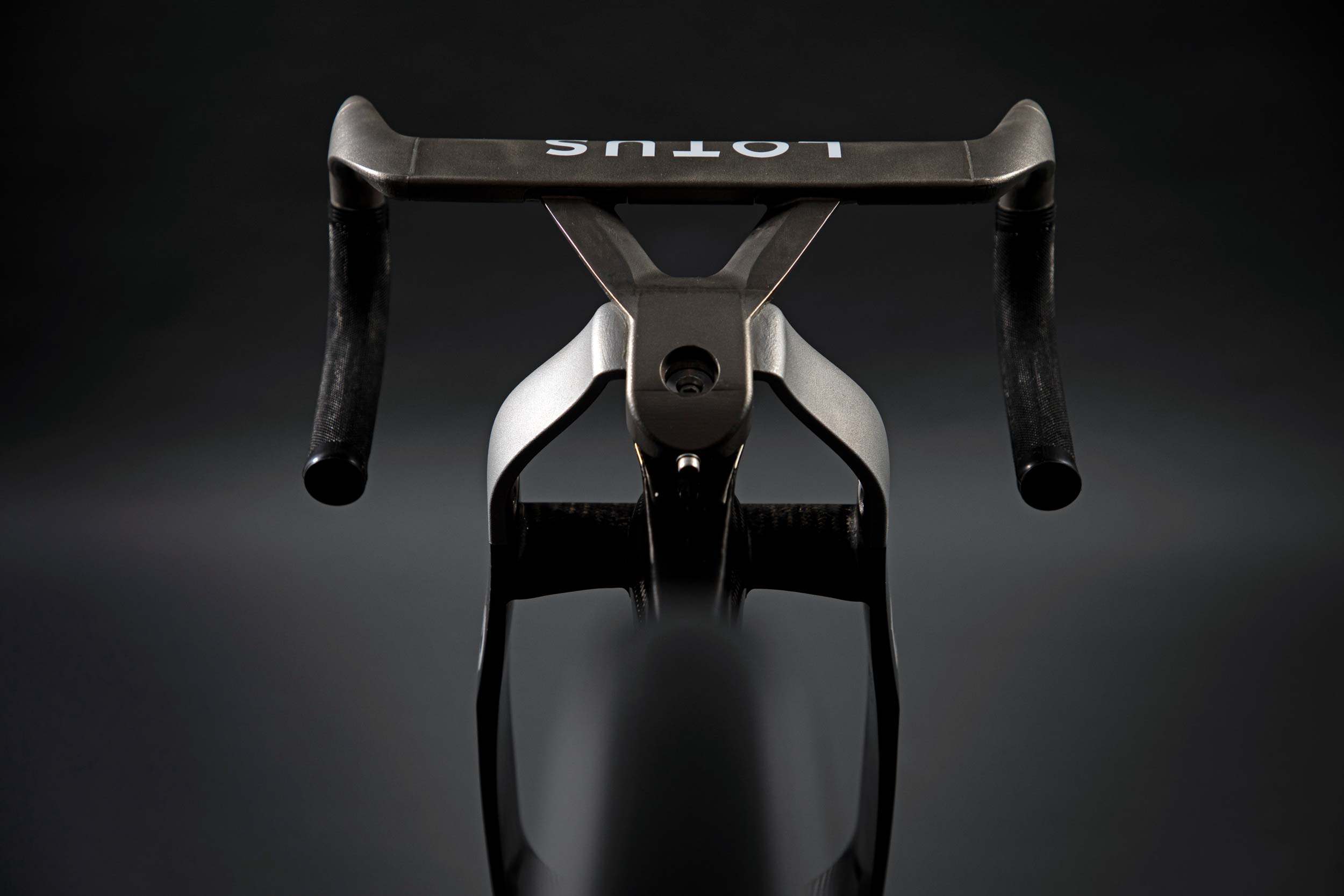 In Minsk this weekend, we’ll not only see the bikes in action but also see the times posted by British riders. It’ll be interesting to see if there’s a correlation: new design, faster times? Stay tuned. We watch with interest.