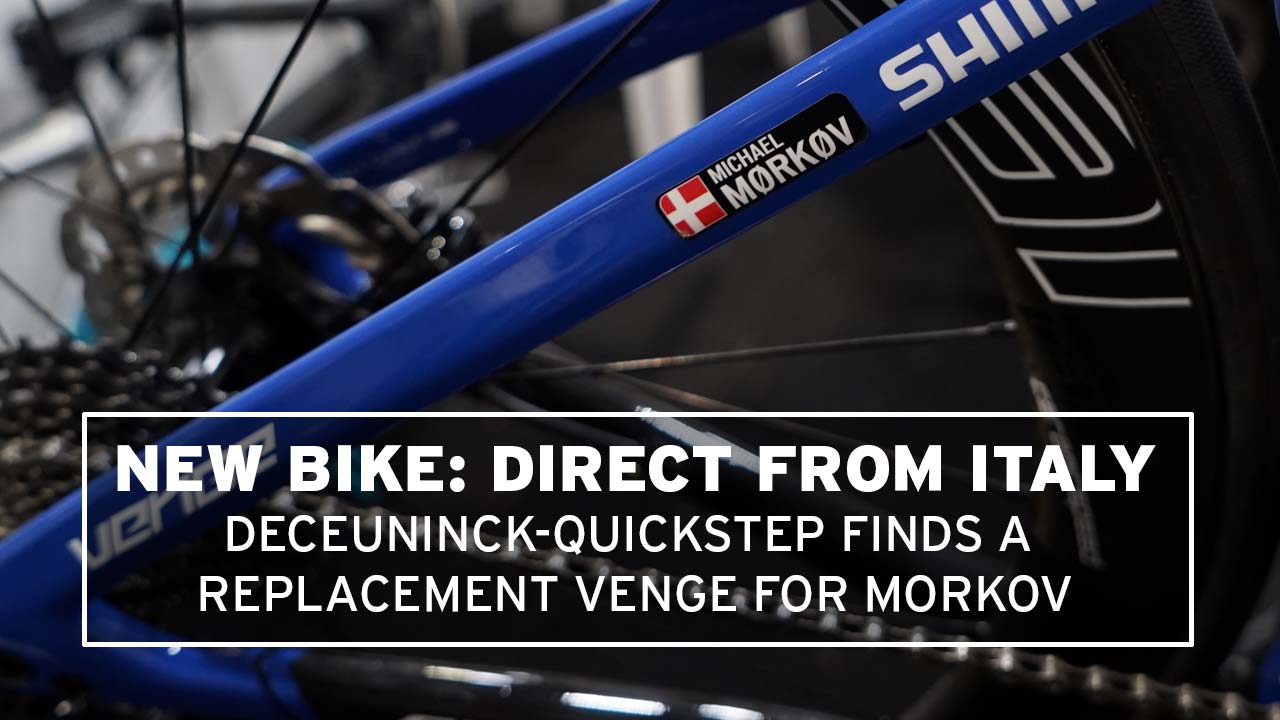 On Sunday night Michael Morkov crashed in the People’s Choice Classic. He took down a number of others, including his team-mate – the winner of stage one of the 2019 Tour Down Under, Elia Viviani. It was not the ideal start to the season but the Dane got bandaged up and went for a ride on a hot Monday morning in South Australia.

He had a replacement bike. Of course. It’s the WorldTour and there are few compromises by the teams at this level of cycling.

The original frame, a Venge, was “broken in 10 places”, that’s what Morkov told me at a function at the Belgian Beer Café on Monday night. He also took full responsibility, and did so during a Q&A for a gathering fans of the so-called ‘Wolf Pack’.

“Yes, it was my fault,” said the Danish champion. “It was a mistake and I regret it but thankfully no one was seriously hurt. And thankfully it was on Sunday, in the criterium, not on Tuesday in a WorldTour race.”

That was Monday. On Tuesday they raced, they did their work, they got hot on the road to Port Adelaide. And Viviani took the win. The Italian champion, first leader of the TDU in 2019…! Yippee. The Wolf Pack was happy and today, Wednesday, Morkov will be even happier. 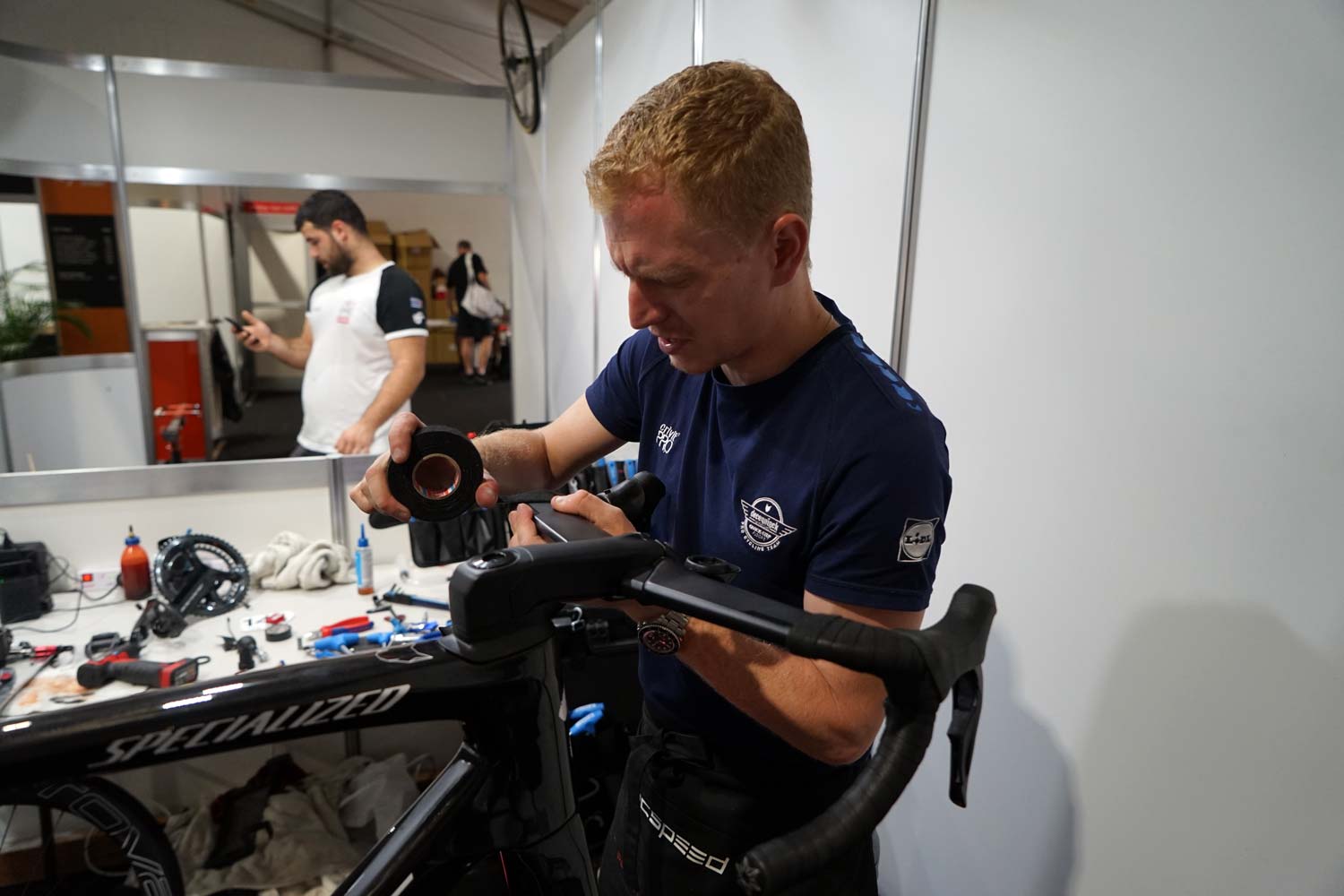 A new bike has arrived overnight.

“It was possible to get a Venge from a local Specialized dealer,” Rune Kristensen, a mechanic with the team told me on Wednesday morning. “He could have raced that, but with this team we try to do things properly – and, thankfully, Specialized is able to help in situations like this.”

The issue was, there’s a new colour-way for the team bikes in 2019. Instead of the black with little, pin-stripe highlights of team-colour blue, there is a split scheme: black at the front of the frames of the all-disc brake fleet, and blue at the rear.

“It wouldn’t look right if he rode the all-black frame,” said Kristensen.

The package was delivered by airfreight on Tuesday evening; two-and-a-half hours of work on Wednesday morning and Morkov races his preferred bike today.

Expect to see the red Danish champion’s jersey at the front of the bunch in stage two, from Norwood to Angaston. Morkov will be working to deliver Viviani to the finish and, if all goes to plan, a sprint win while wearing the ochre leader’s jersey.