Movistar’s move to SRAM after 37 years with Campagnolo

One of the more significant equipment changes in the pro peloton for 2020 is Movistar’s switch to SRAM components after 37 years of association with Campagnolo. RIDE Media caught up with SRAM’s road sports marketing director, Jason Phillips to find out more about the new partnership. 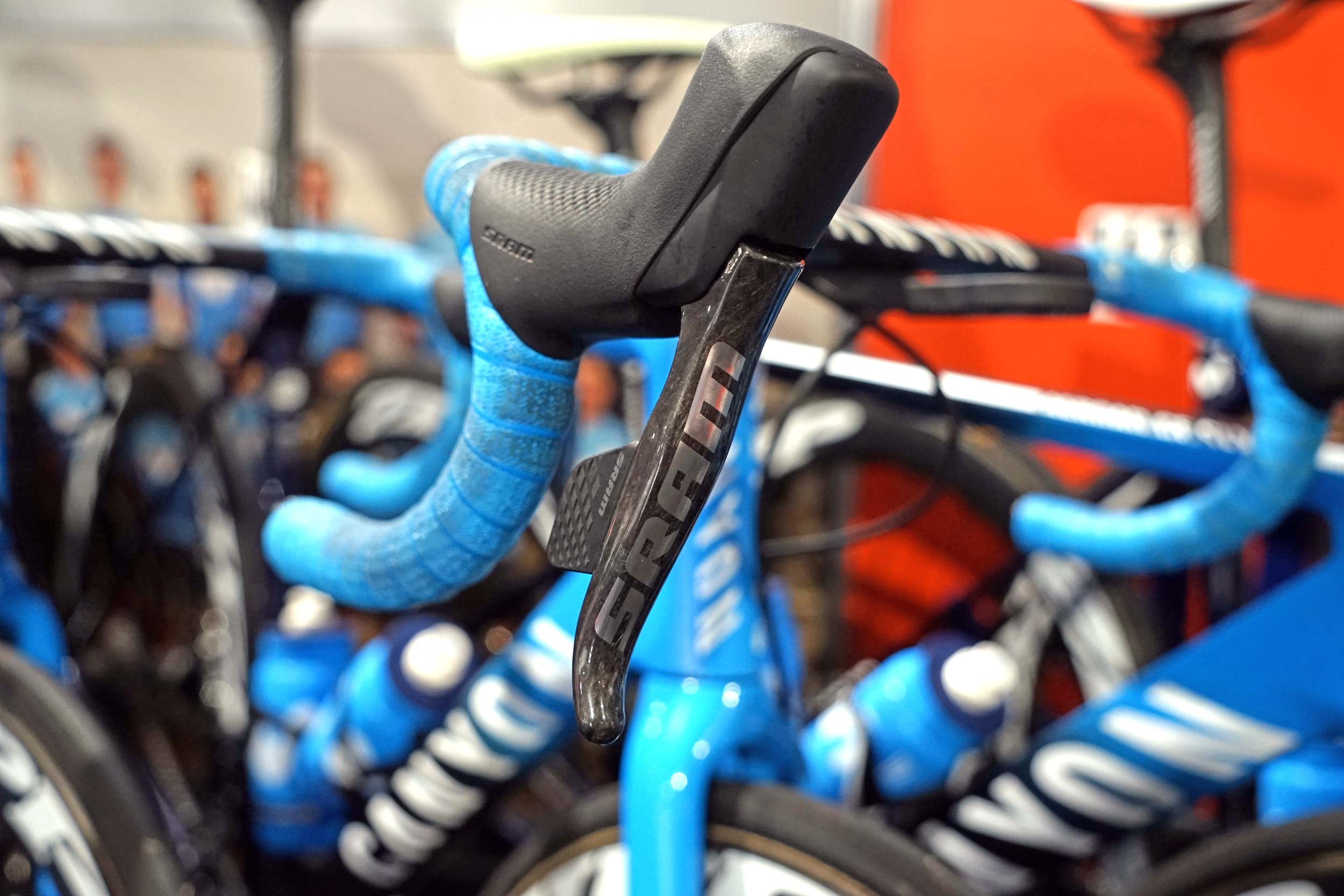 RIDE Media: Hello Jason Phillips. We’re standing outside the Movistar workshop; a new SRAM team, after 37 years on Campagnolo… it’s a massive change for the team. Can you talk to me about working with this enigmatic Spanish squad and what they have brought to the table in the off-season? What have you learnt from them?

Jason Phillips (road sports marketing director, SRAM): “It has been a really smooth transition so far. The team is highly professional, super well-organised. A lot of their staff have been in the team for decades. The team is almost 40 years old and it’s still the same guy who started it running the team now.

“A lot of the staff are long-term employees and it’s a super well-drilled unit.

“It has been really cool for SRAM because they’ve all got their specific roles it’s well organised and it’s been a good transition so far. We’re really happy with it.” 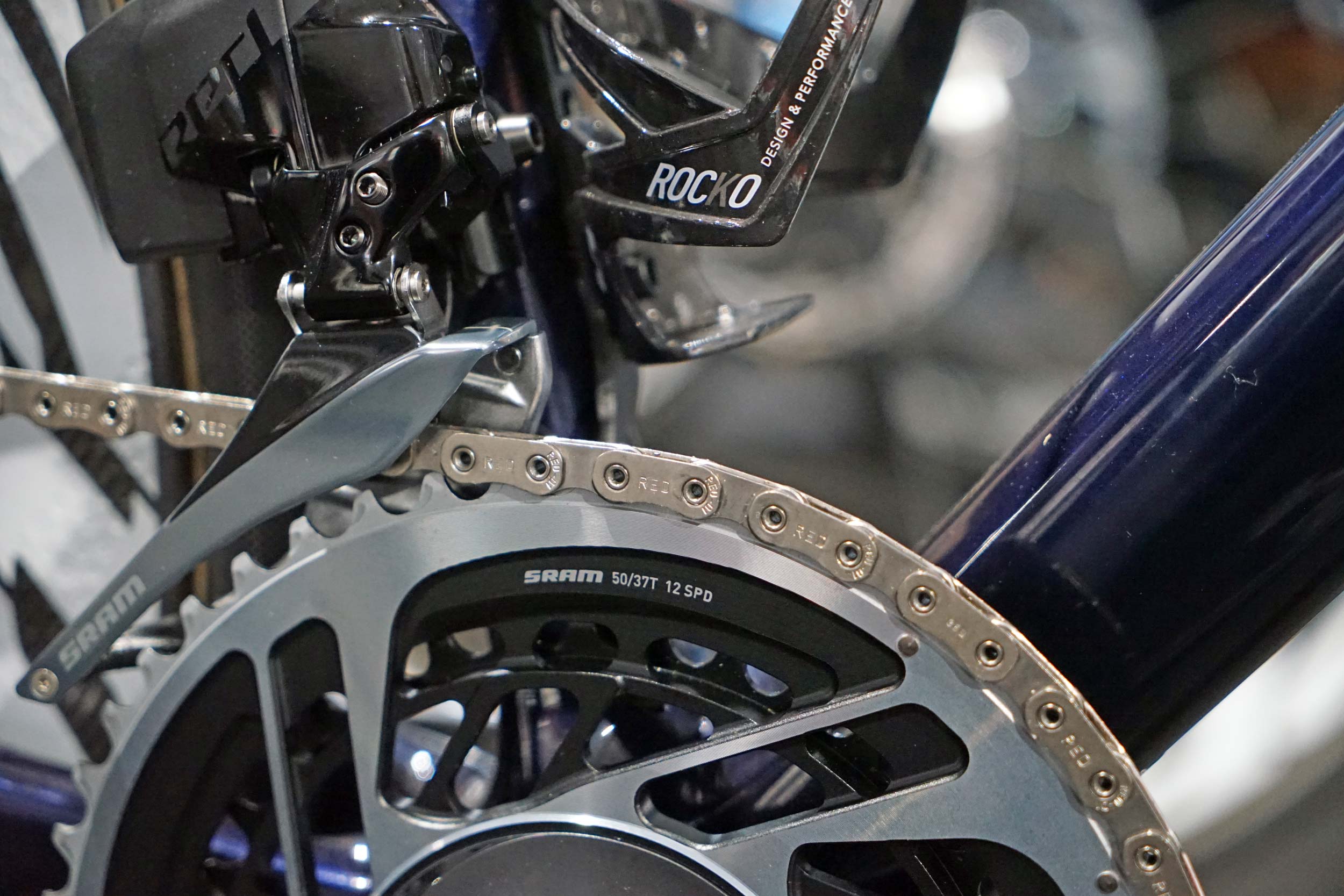 RIDE Media: The reason I’m talking to you – just to make it clear – is that you’re the team liaison officer for SRAM, is that the correct title?

Jason Phillips: “Yeah, I’m the ‘Road Sports Marketing Director’, so that means I look after all road teams, triathletes and cyclocross.” 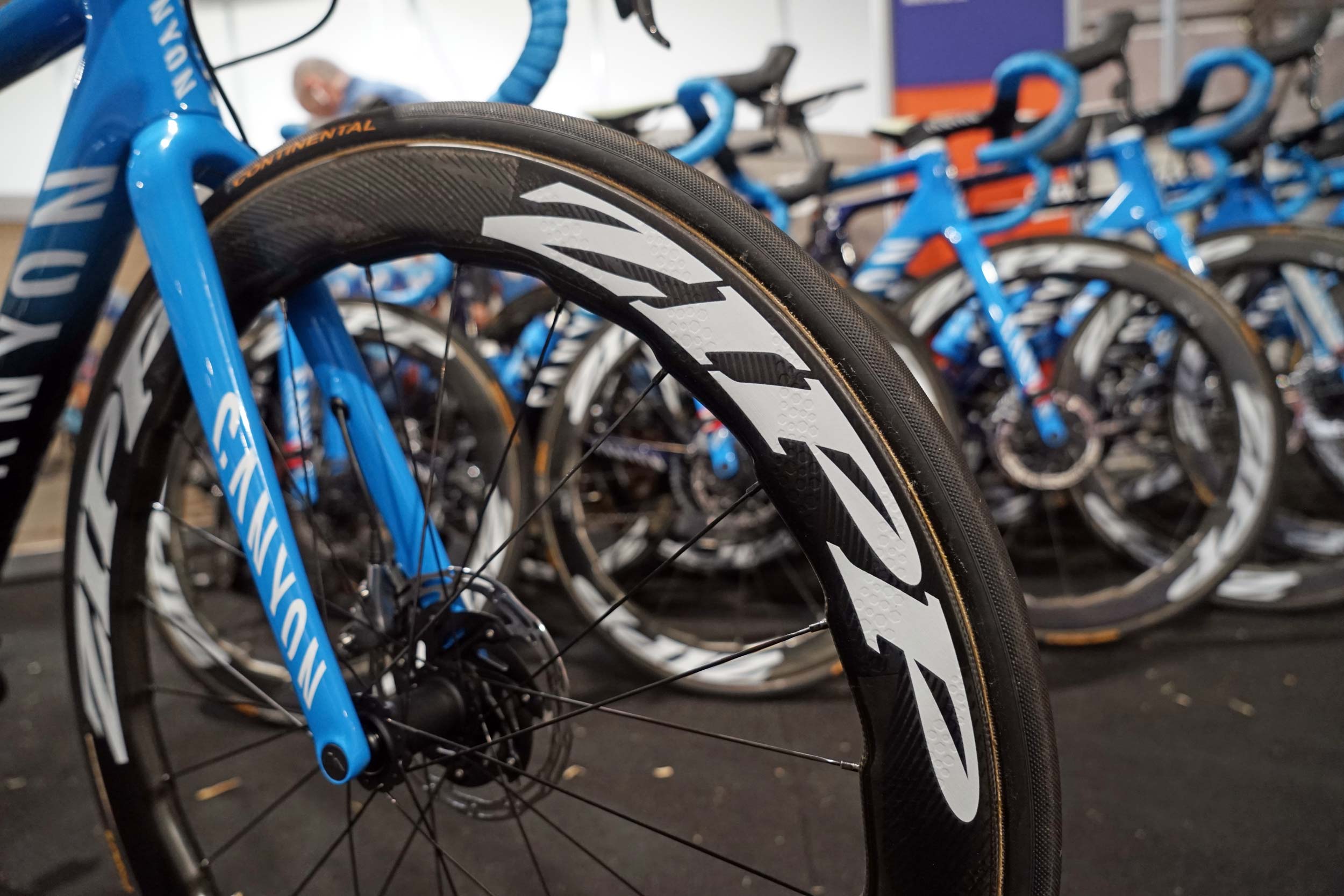 Jason Phillips: “Yes. It’s really the Katusha 2019 package that these guys are running – exactly. So, that’s great. It’s already a proven bike. We know the Canyon bikes really well and that made the transition really easy.” 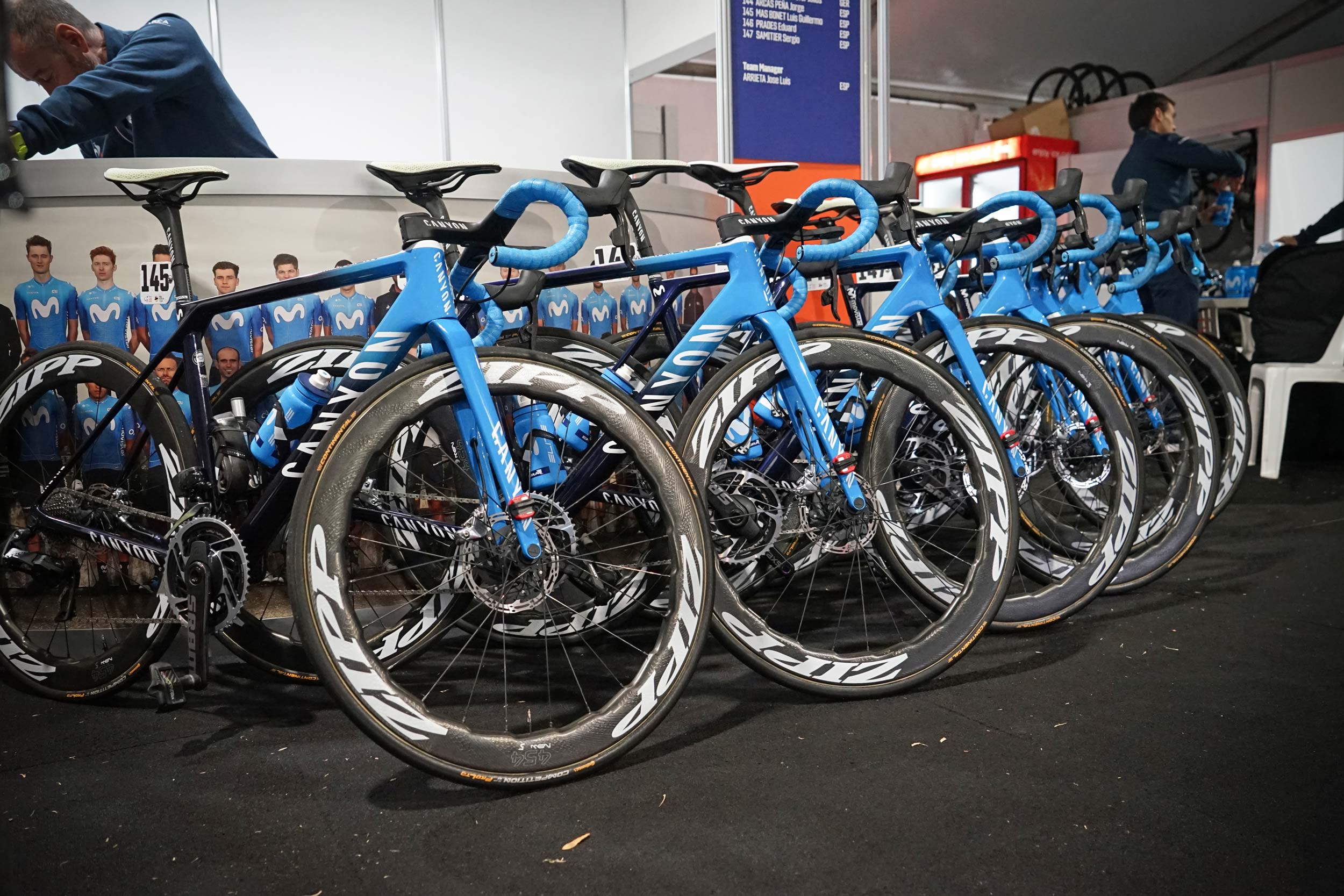 RIDE Media: When it comes to this kind of supply is there a bit of pressure on you to make sure everything turns up at the right time? And was there ever a moment when extra product was requested and you couldn’t deliver?

Jason Phillips: “With this team… it wasn’t a super-early decision that we were going to supply them for 2020, actually. But we had pre-emptive orders in the system because we knew that we would take a second WorldTour team.

“So, with our DUB bottom bracket system, for example, it’s not as though you have to worry about different cranks or anything like that. And that means it’s pretty easy to make the order, have it in the system, and be ready, make some small adjustments… and then deliver.

“We’ve got a pretty fast lead-time of about four weeks, so we have a big advantage.”

RIDE Media: The team’s Spanish mechanics are standing behind you as we speak. Did you give them some special tutorials about the SRAM products?

RIDE Media: And how did they adapt?

Jason Phillips: “Thorsten Wilhelms and the other guys in my team, they trained the mechanics. We were at the first ‘Fit Camp’ with the team in October, so we ran through the products, had meetings with all the individual riders – men and women – and covered the groupsets in as much detail as we could.

“We also met with the mechanics and trained them in Pamplona and then, again, at the training camp in Calpe in December. So, we’ve spent a heap of time with the team already.” 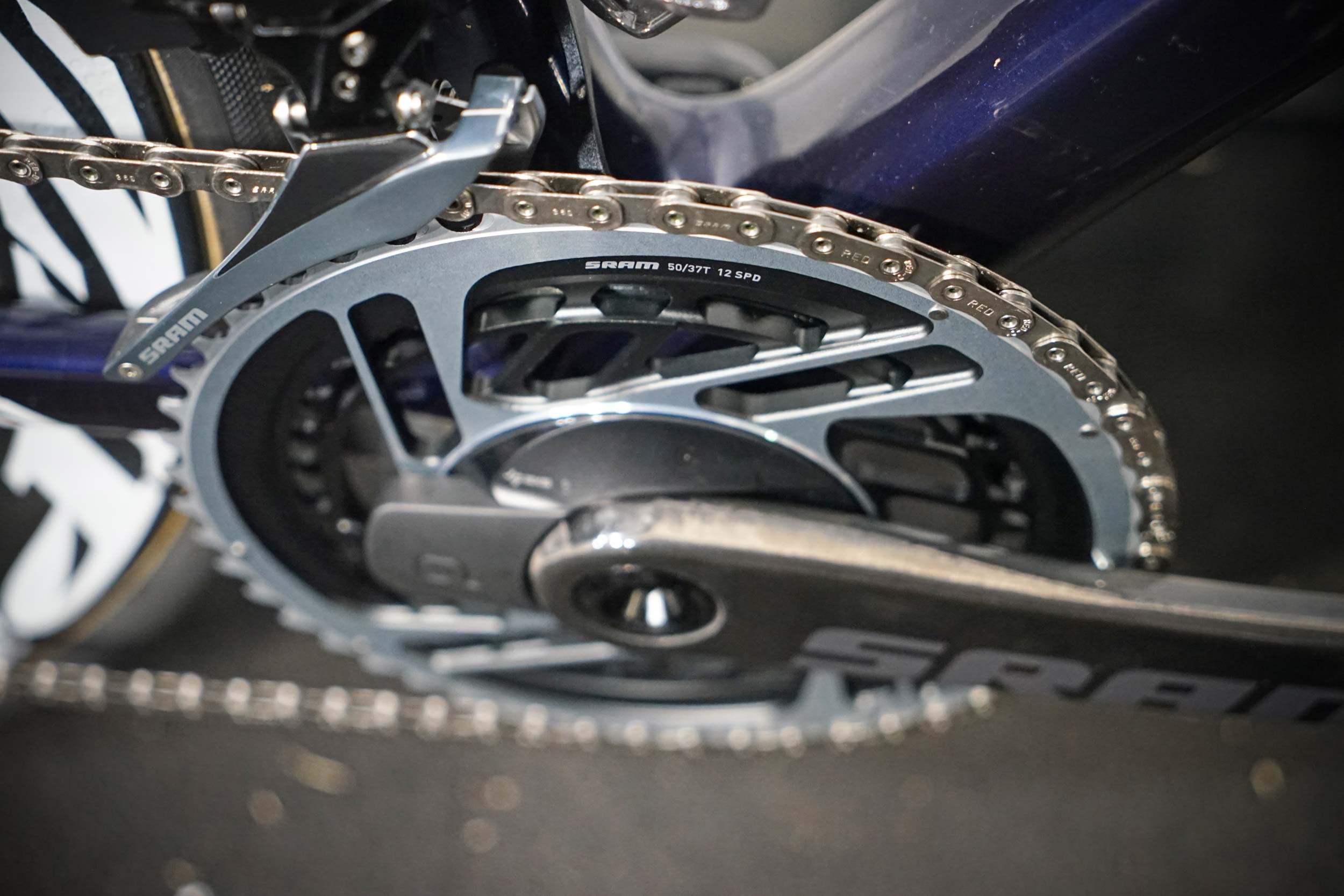 RIDE Media: Were there any standout observations that they made after the jump from Campagnolo?

Jason Phillips: “Not really. The big change for them is that we are around a lot. We work in a different way and I think that’s something that they’ll be surprised by: how often we’re at the races, and the level of support we offer throughout the season.

“It’s a big change for them, obviously, and we’re trying to make it as successful as we can.

“The biggest difference for them was how quickly we were able to deliver the product, and how often we’re around checking to see that it’s all functioning perfectly.

“One of our things is to try and make the bike as simple as possible which also makes it easier for these guys; they’re great mechanics already but they learn it really quickly. That’s cool.”

RIDE Media: Lotto-Soudal made a statement that they’ll use disc brakes only this year. Is that the case with either of your teams?

Jason Phillips: “Both. Trek-Segafredo and Movistar will be disc-only, except for TT bikes.” 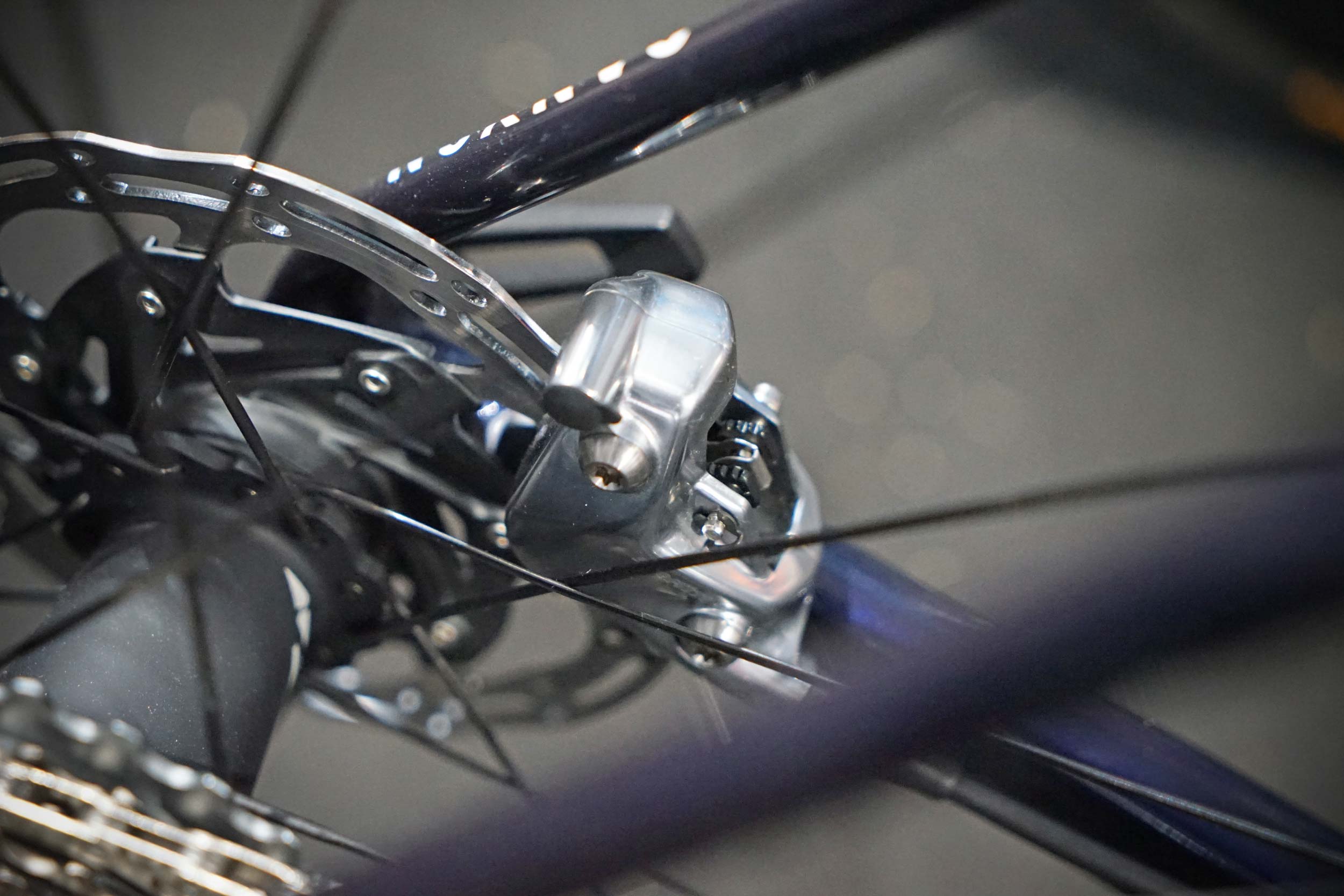 RIDE Media: For a team like Movistar, which had – more-or-less – all calliper brakes for so long, is it a challenge? Is the bleed process with the hoses a much longer act for mechanics than standard brake cable routing… for example?

Jason Phillips: “You know, because we don’t have any [gear] cables through the frames, or batteries inside the frames, you save a lot of time with the build anyway. But I think that our build process is really simple.

“I’d say that, if you have a calliper brake bike versus a hydro bike, the build would probably minimally quicker, but the maintenance on a disc brake bike is way, way, way easier. Like, these guys shouldn’t have to bleed these brakes for the whole season.

“So, in the end, I think the time spent servicing a bike over the span of a season is way less.” 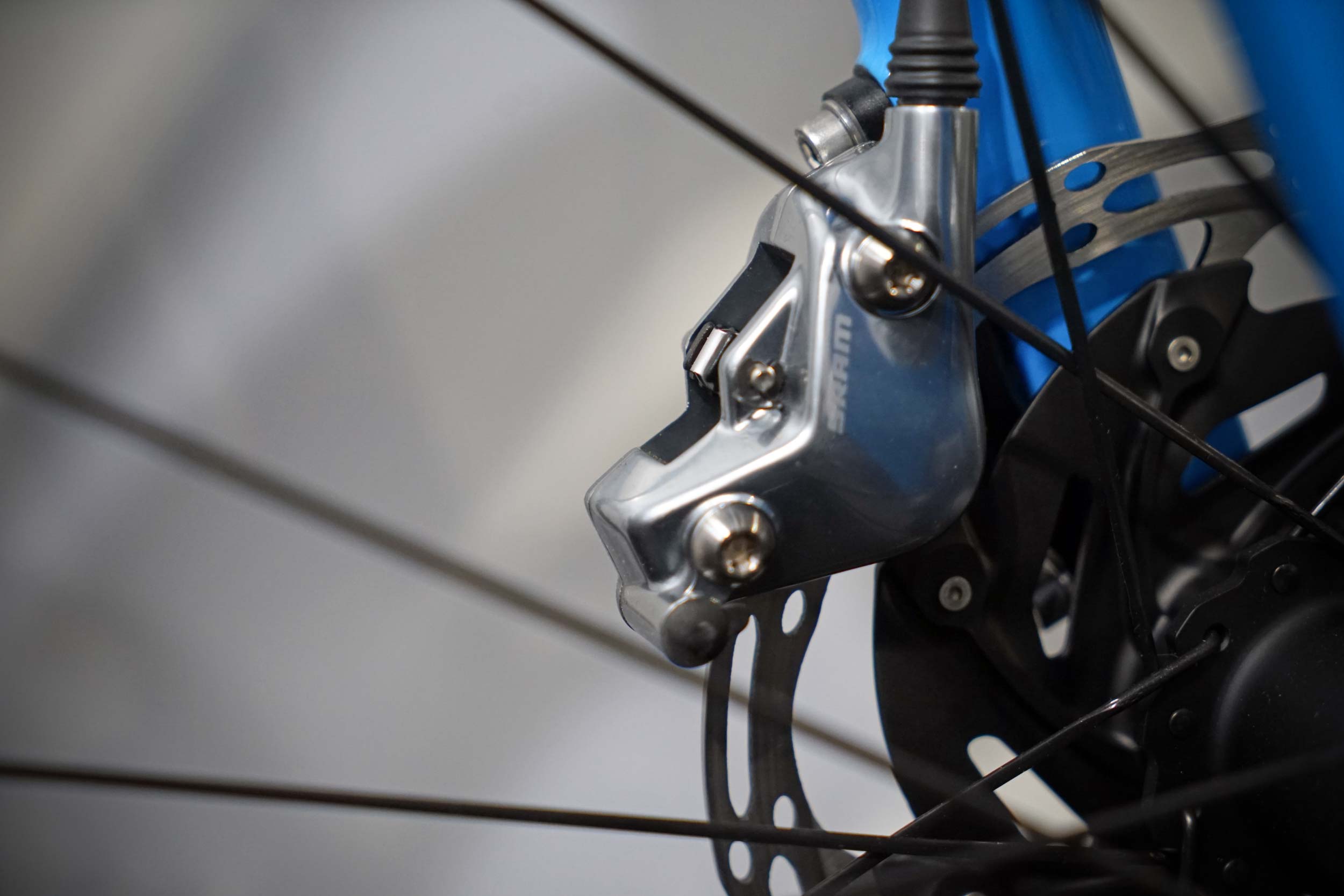 RIDE Media: The other big difference is that Trek has the Bontrager family of components, so they’ve got the wheels all accounted for. But we see the relatively new Zipp NSW 454 wheels on the bike next to us now. Is that what they’re going to racing through the year?

“Wheels are actually more difficult to deliver than groupsets because all our wheels have a range of processes before they end up on the bike. The wheels are produced in Indianapolis, we hand-build all the wheels – either in ‘Indy’ or in our Zipp facility in Portugal. So, getting a 45-rider team – which Movistar is with its men’s and women’s programs – set up for wheels for the whole season is the biggest part of a new team sponsorship.

“And the mechanics have got to glue the tyres and add the rotors… so it’s a pretty huge undertaking. Wheels is a big thing.”

RIDE Media: There was a real trend of bigger bag, wider tyres in recent years but, looking at the bikes in the mechanic work area here at the Tour Down Under in 2020, it doesn’t seem to have continued. They seem to have slimmed down a little… what’s that on the Canyon, 25mm?

Jason Phillips: “I think they are using 25, yes.

“I think you’re 100 percent right, the tyres were growing by a millimetre or two each year… but it wasn’t too long ago that they were running 23.

“You’ll see a lot of 26, I think, this [Australian] summer but as we get into the Classics season, I think you’re going to see a lotof tubeless and I think you might even see bigger than 30mm tyres at Paris-Roubaix and races like that.

“All of our teams will have tubeless wheels to use – we’re totally behind the whole tubeless thing.”