It’s taken a couple of months to source one, but a new Cervélo Caledonia 5 frame has arrived at RIDE Media HQ and soon it’ll be time to ride. First, an introduction to what will become a bit of a project bike…

When is a bike test not quite a bike test? When it turns up as a frame and then the bits are added until it’s time to ride.

When is a frameset much more than a frameset? When it includes the frame, fork, proprietary stem and handlebars (not as a combo), seatpost and a collection of sundry items right down to carbon paste to ensure the build is done correctly.

When is a project bike a lot of fun? Most of the time. 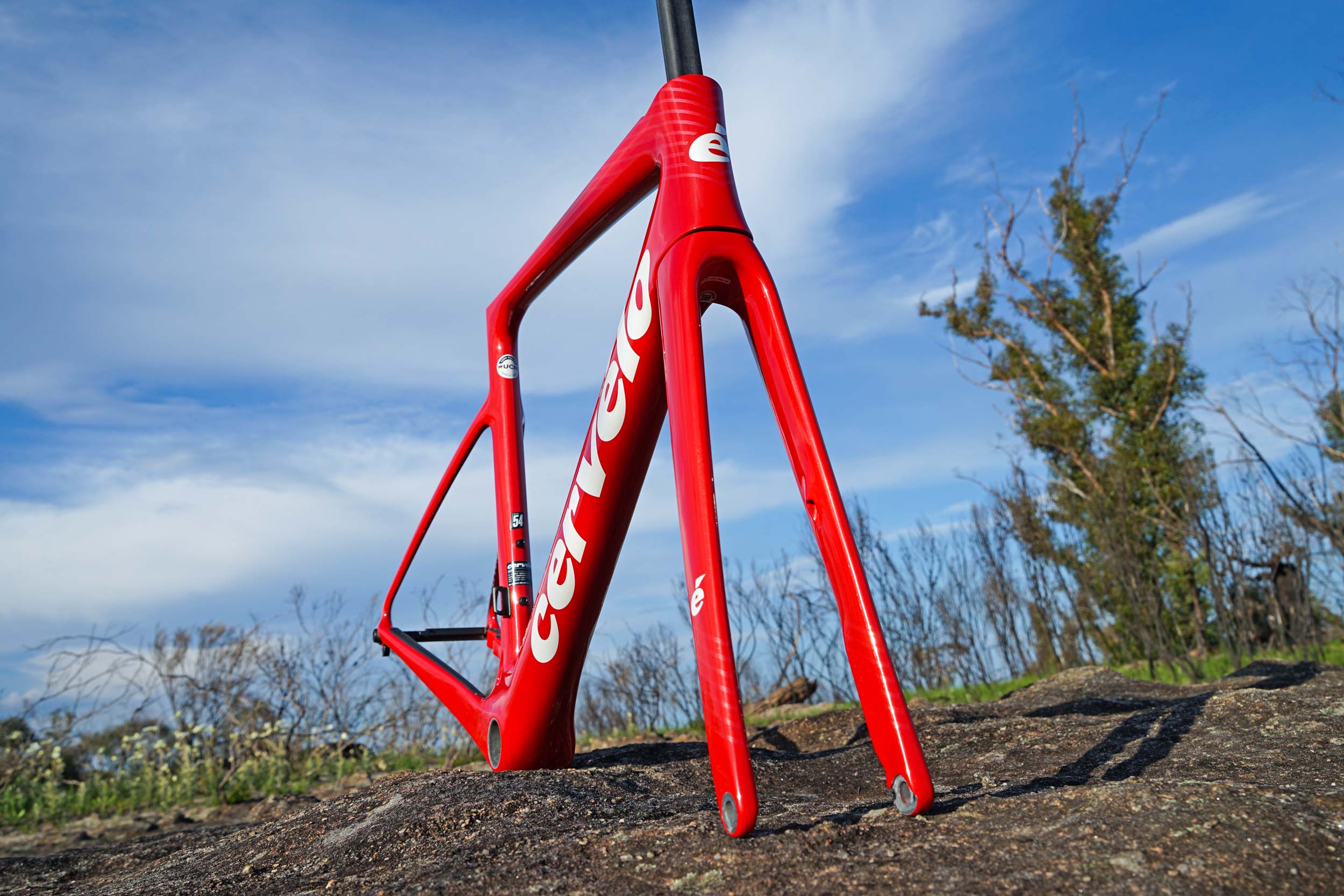 Frame weights vary considerably depending on the finish. The Caledonia you see here – the 5, in lush red with fittings (ie. derailleur hangers and a few bolts) is 1,039g. In the coming weeks RIDE Media will report in a lot more detail… but for now, consider this a bit of a #FrameGalleryByRIDE rather than a bike test.

In 2020, bikes are in demand and you can’t always get what you want, but – as the lyrics go – if you try some time, you just might find, you get what you need. The question is: what do you need for your cycling?

Are you a racer or a roadie? Perhaps you’d like to try cyclocross or just have an adventure and go off-road… but travel a little further than, a little faster, than you may on your MTB.

Apparently, the Caledonia does all that… and a little more – depending, of course, on your imagination, the time you have to ride, and the places you choose to discover. 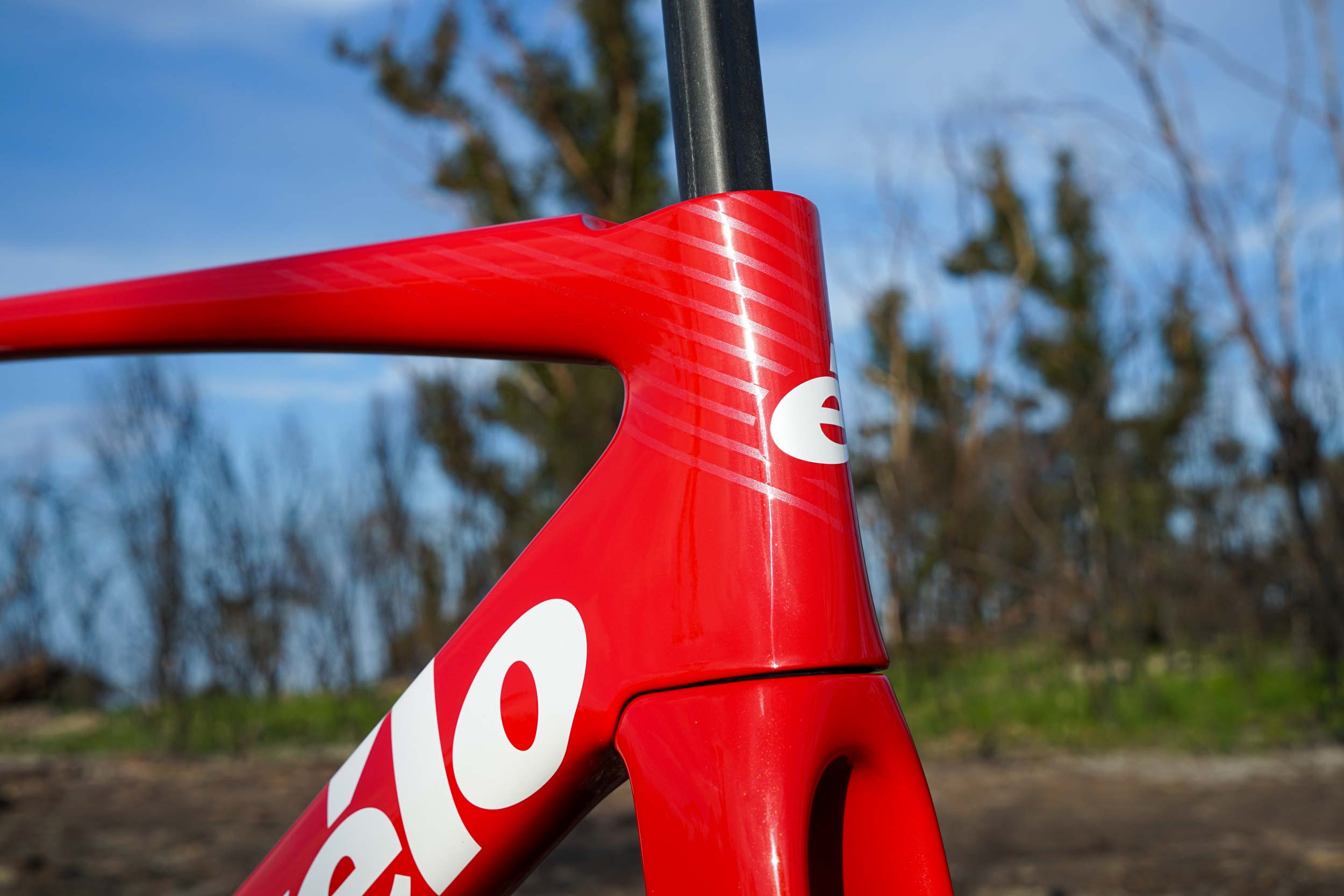 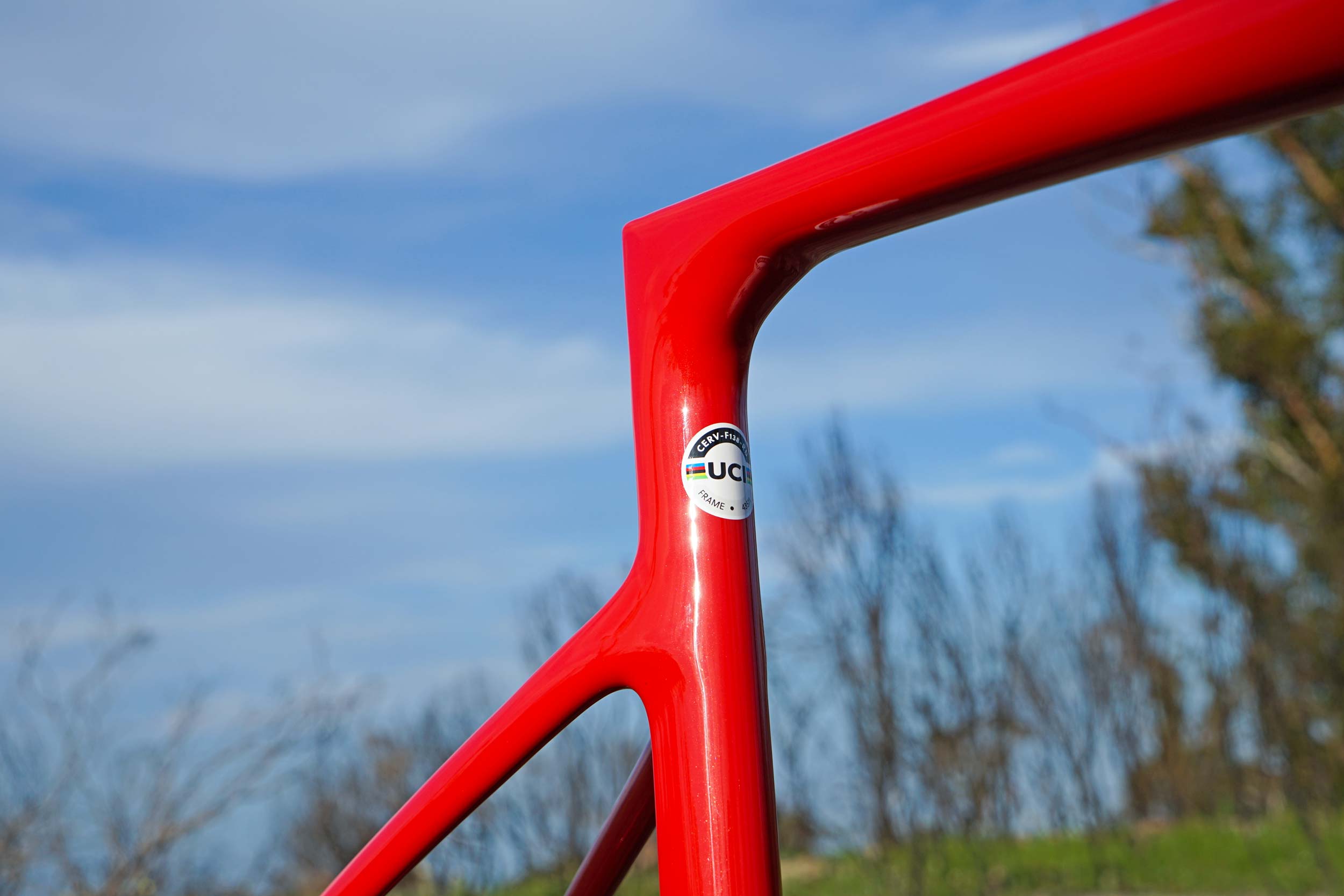 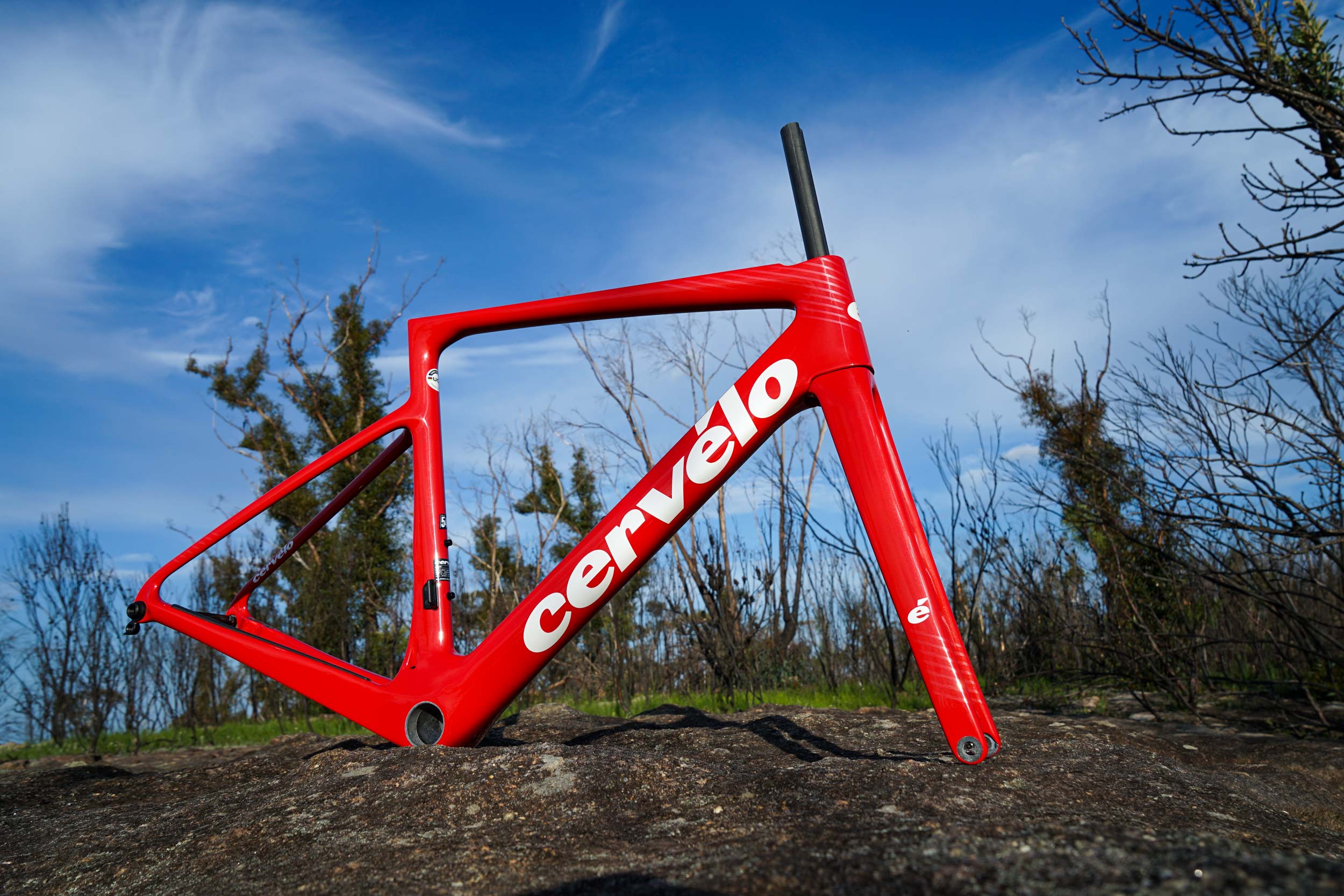 It’s early days. I’ve opened the box and seen the frame and all the bits and pieces. I’ve filmed that and captured my comments upon initial sighting (with a YouTube clip about that experience filmed, but yet to be edited). Even before I had any wheels, I ventured to the trails of the Blue Mountains, carrying the frame and fork and a camera so that I could capture the lush bright red finish in the after sun.

The intro video about this bike project says very little: it shows off the bike and I explain that, although I’m happy with what I already own, I’m curious to know if this Caledonia will be – gasp – an improvement on my Izalco Max. I’m also interested to know if the groupset that I’ve had sitting in the office in waiting will be suitable. 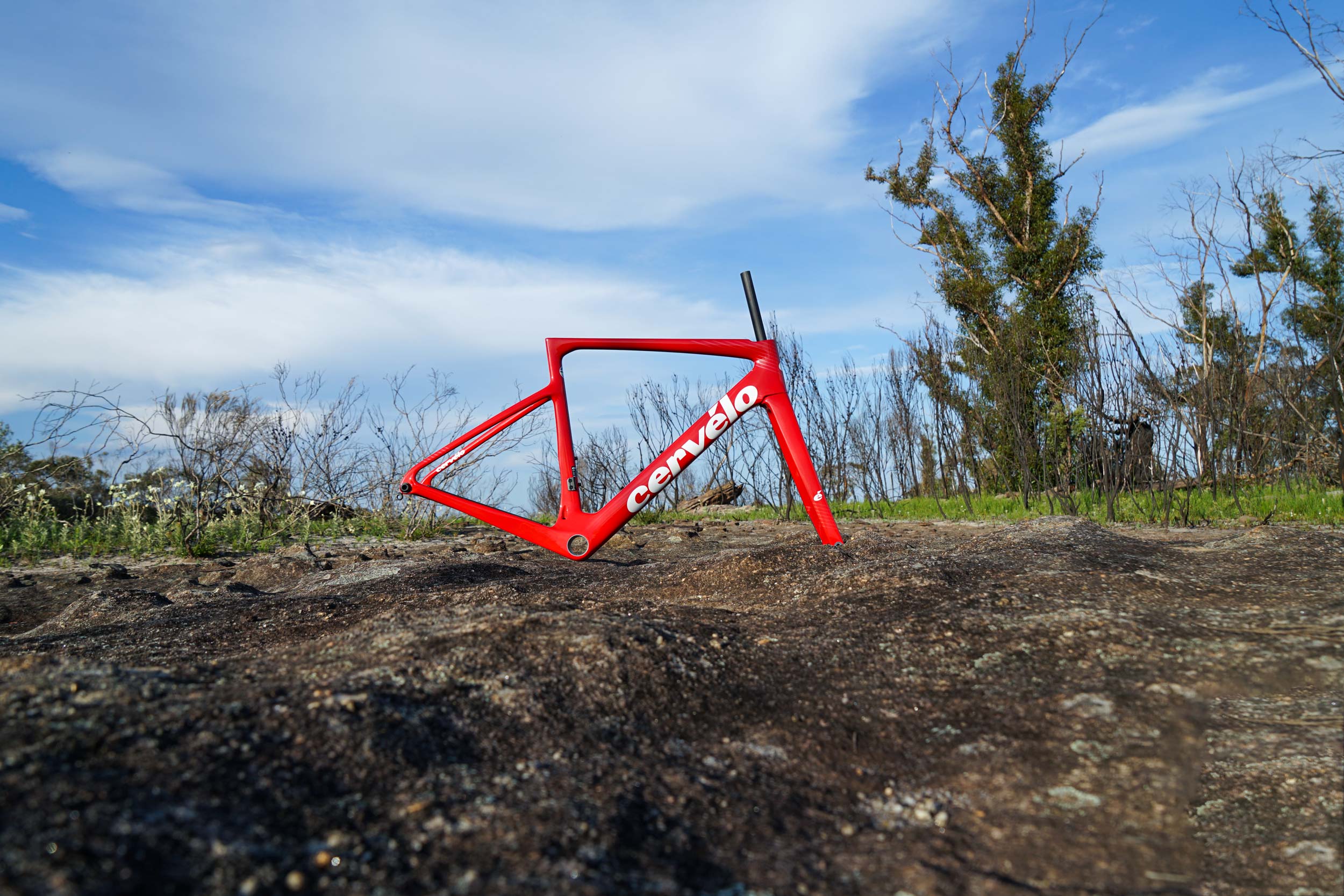 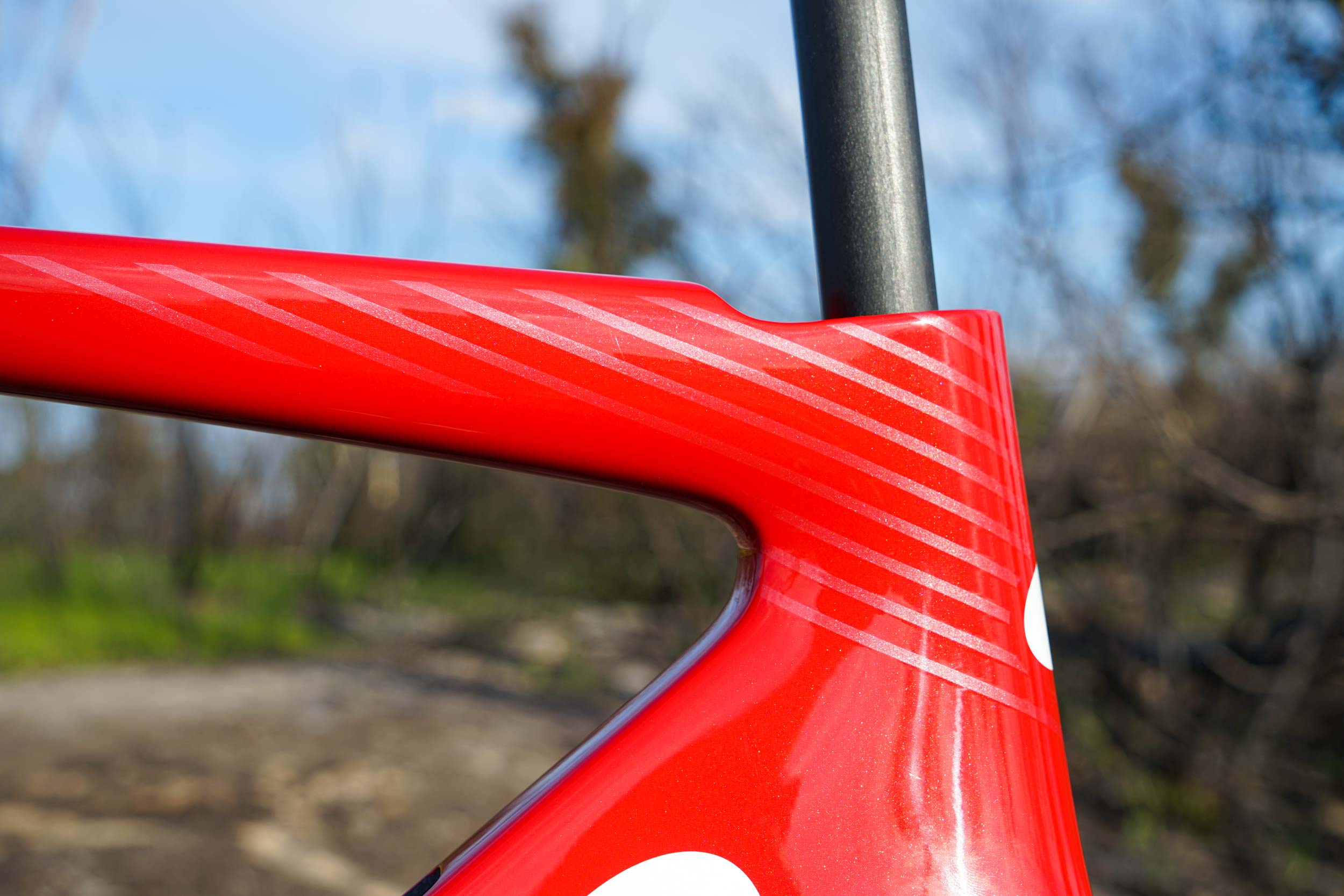 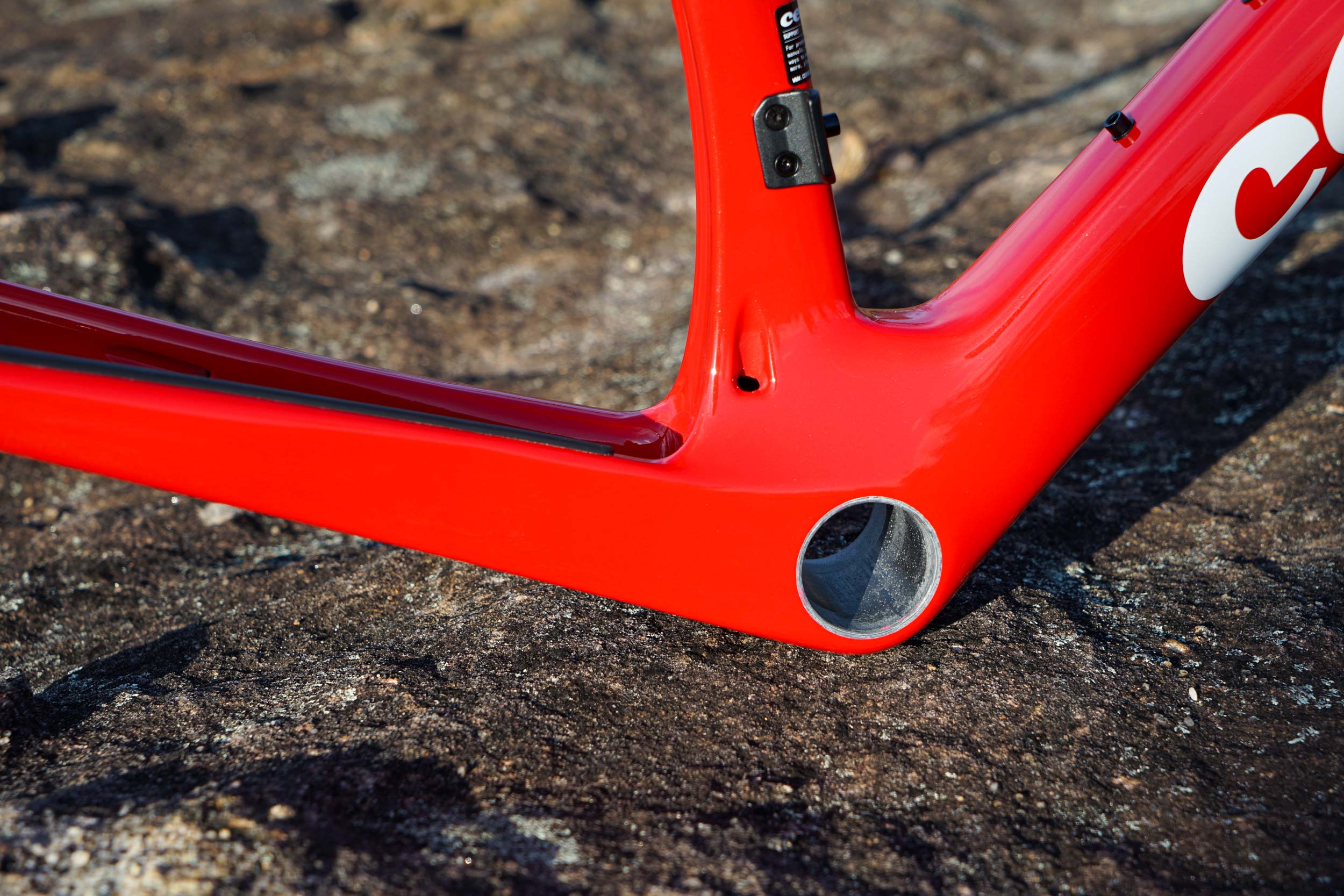 You’ll find out more in the coming weeks (maybe months, maybe years) as just about everything is assembled and the workshop session is due next week. By then I’ll have my wheels and maybe even a new saddle (if the one I’ve ordered is in stock and if it arrives at the shop in time).

All else is ticked off… and that’s part of the fun. 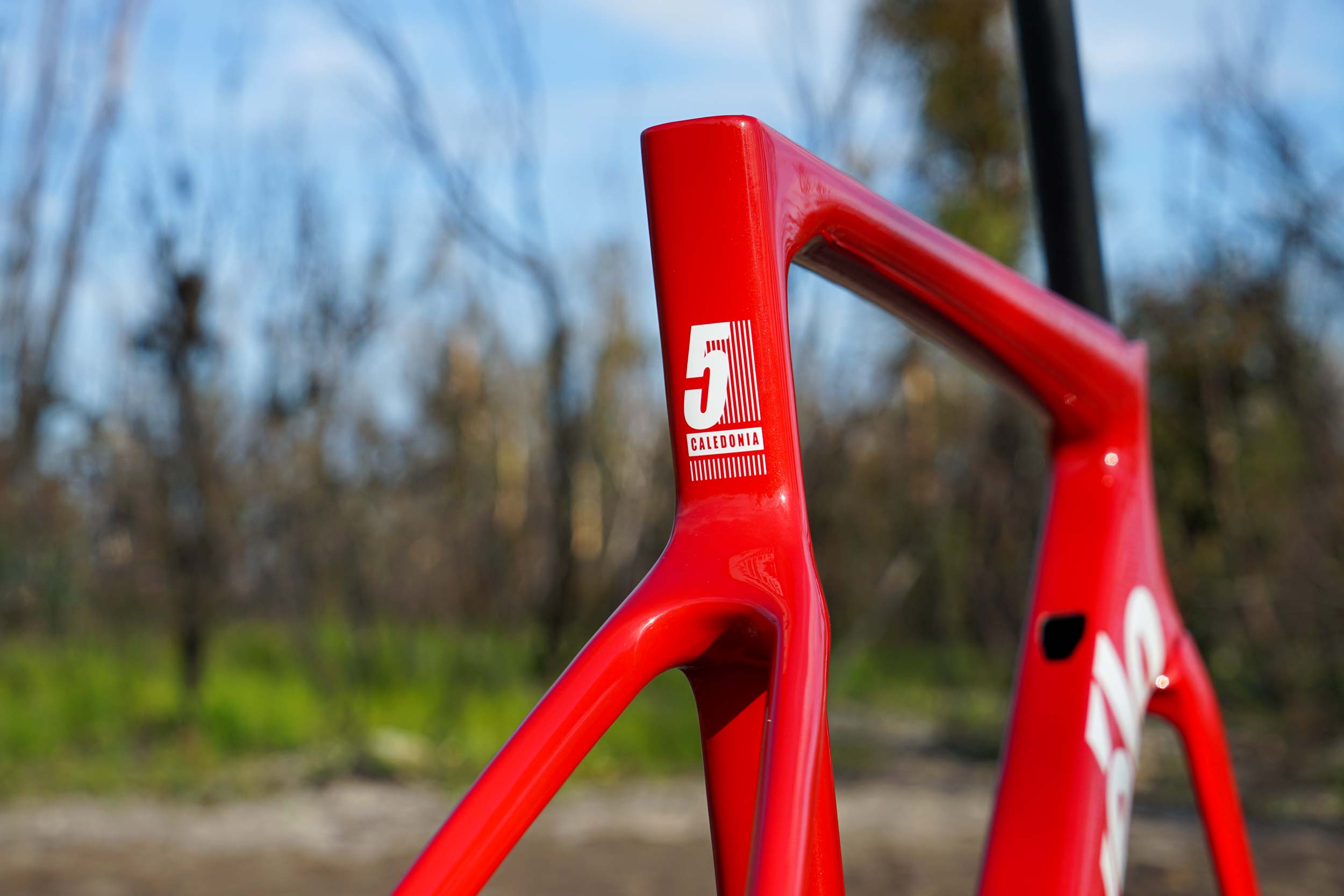 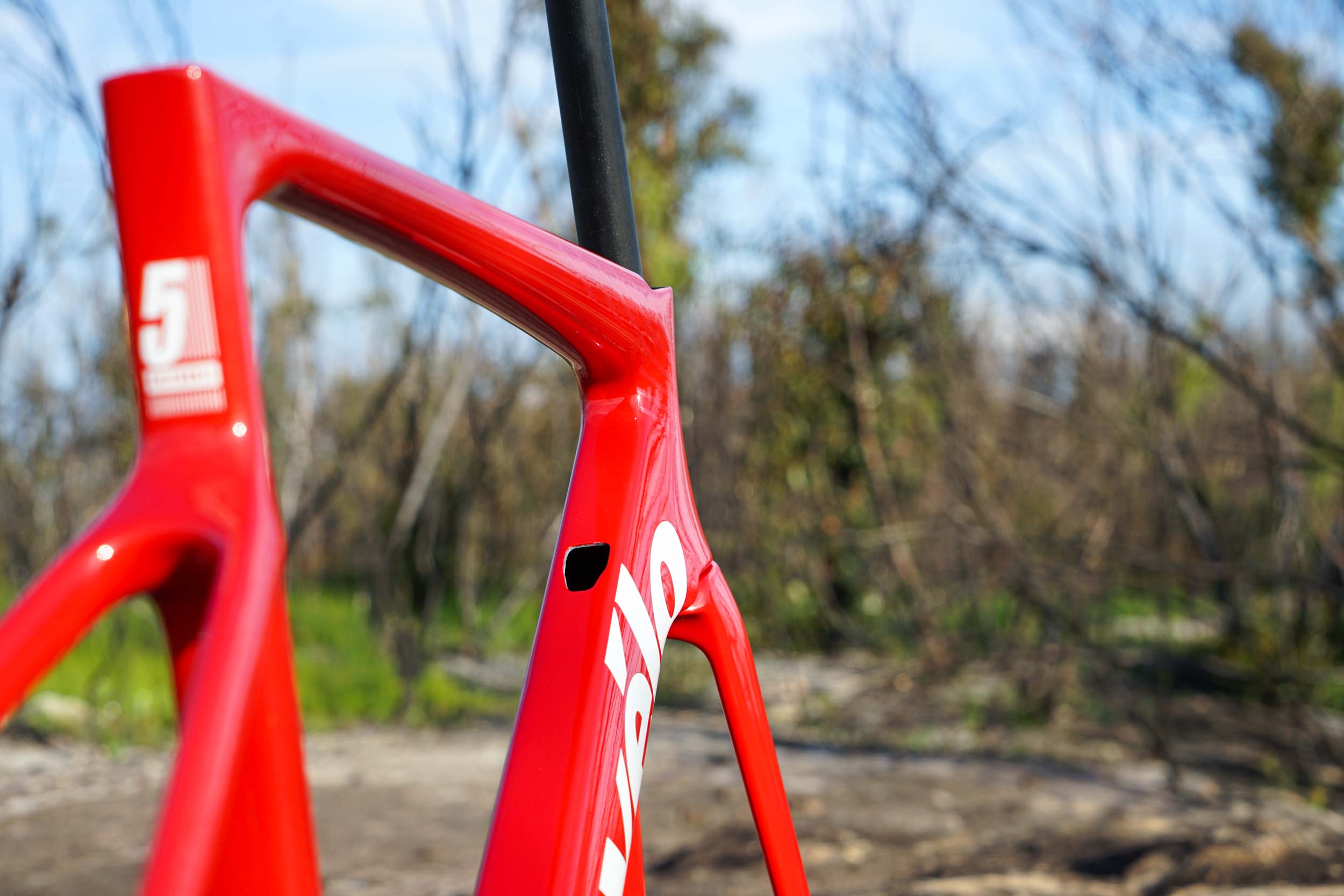 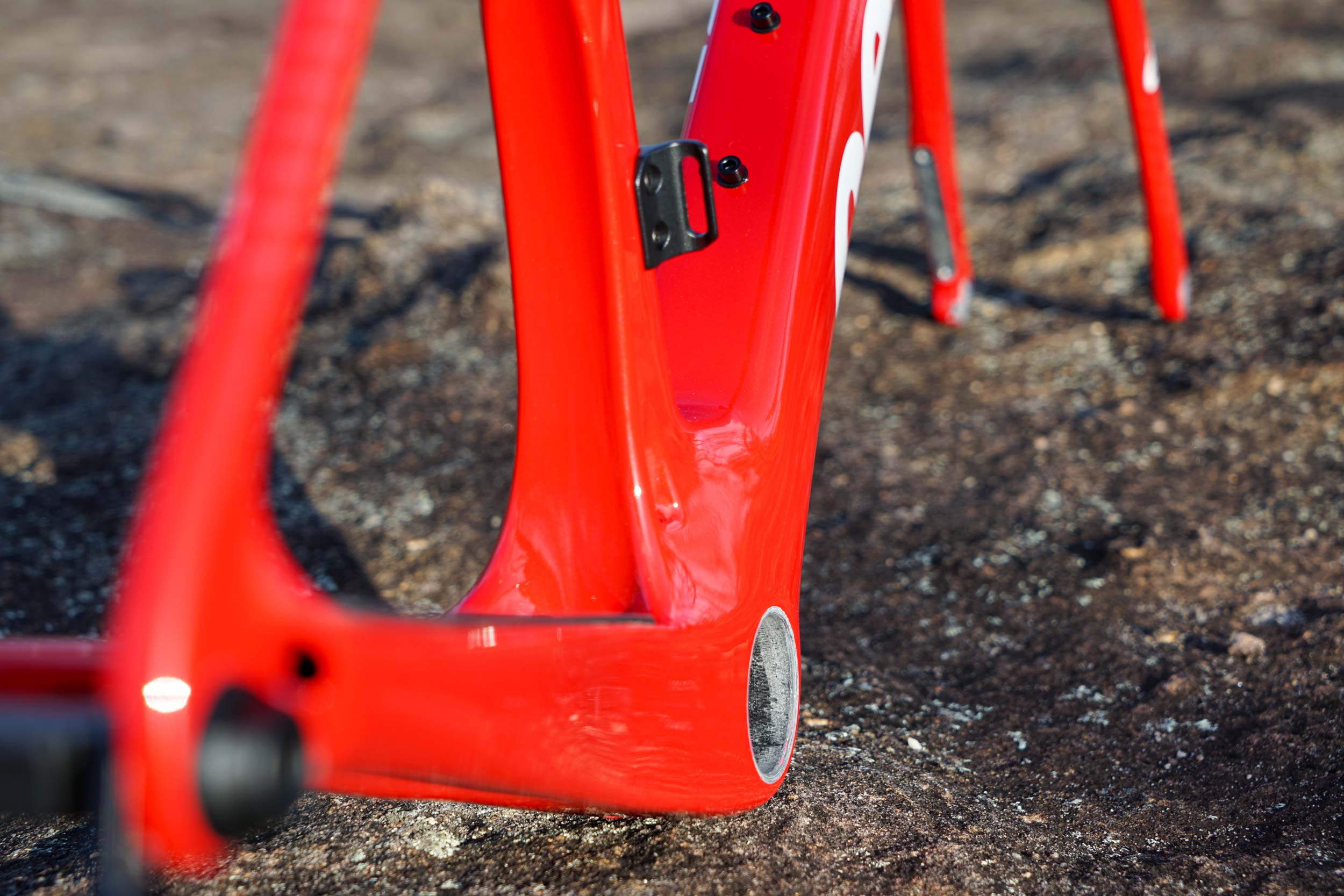 It’s a story that is still unfolding but when you have a bike like this it’s difficult to just let it sit there and not want to show it off.

Have a look at the video, let me know if you have any questions, and don’t be shy about leaving a comment on RIDE Media’s YouTube channel (or other social media). If you’ve followed RIDE for a while, you know that I tend to go longer rather than shorter with the stories of my bike(s). This is kind of like a test bike, but what if I like it? I’ll be able to answer than once I’ve had a ride. In the meantime, I’ll let the pictures tell more of the story. 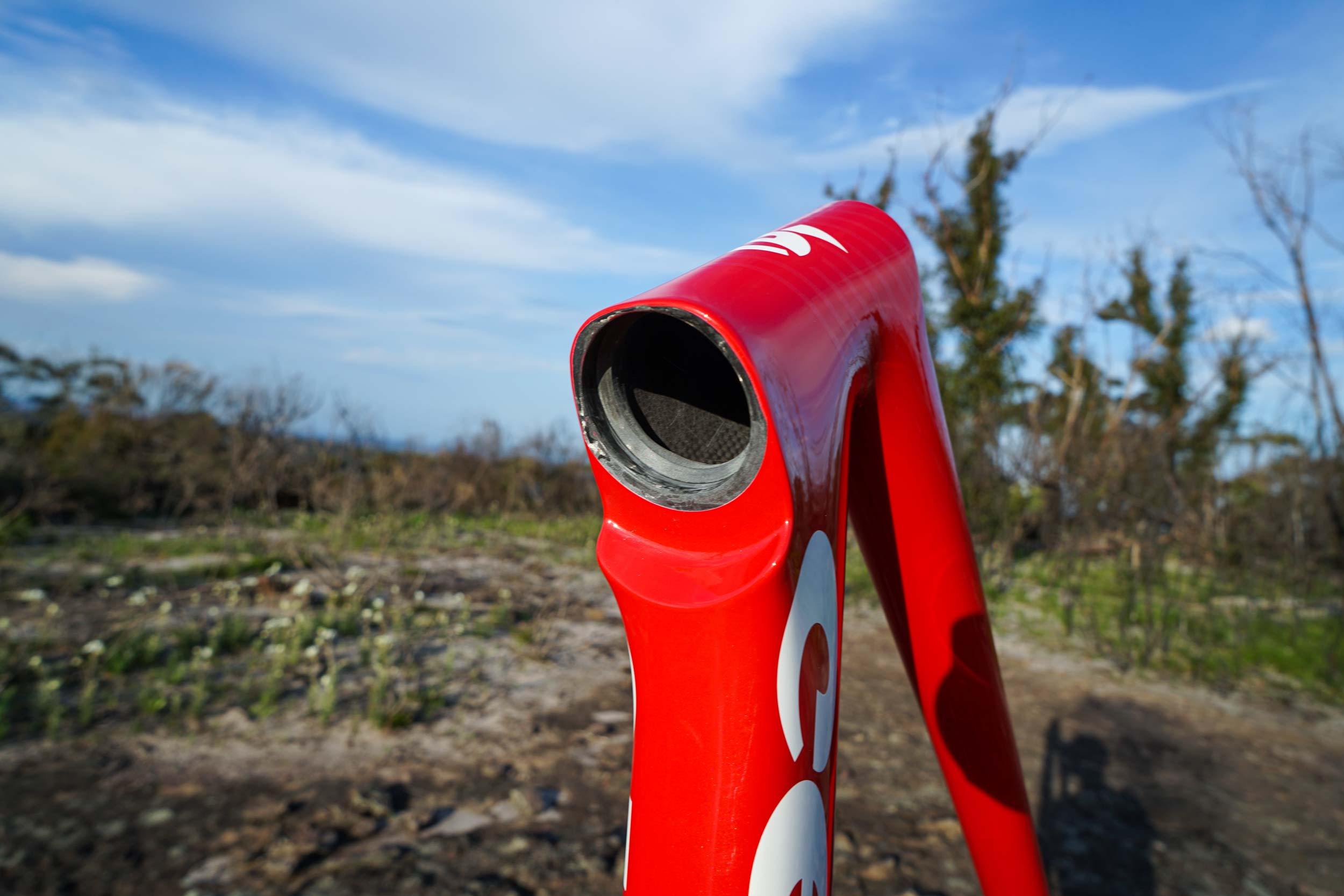 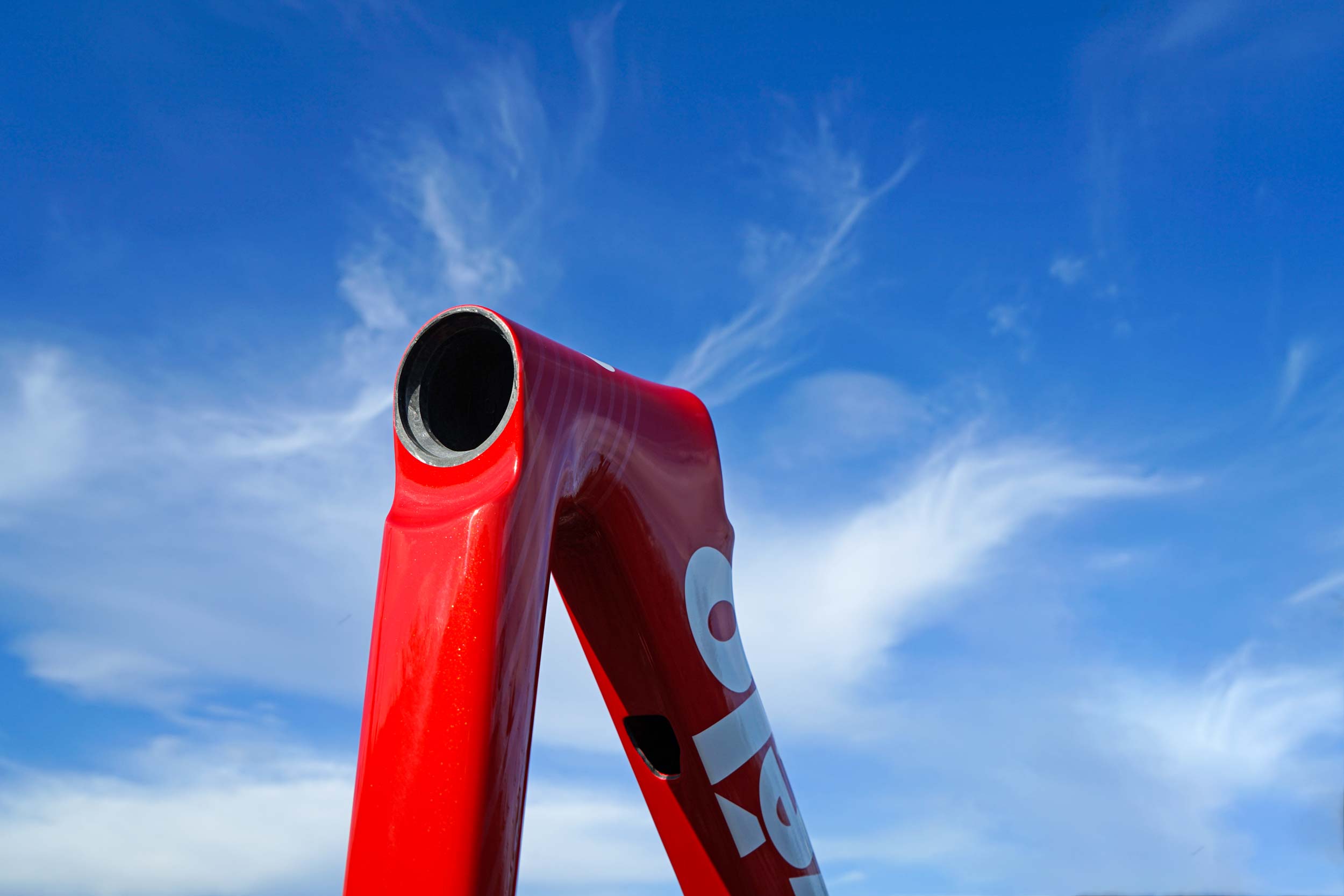 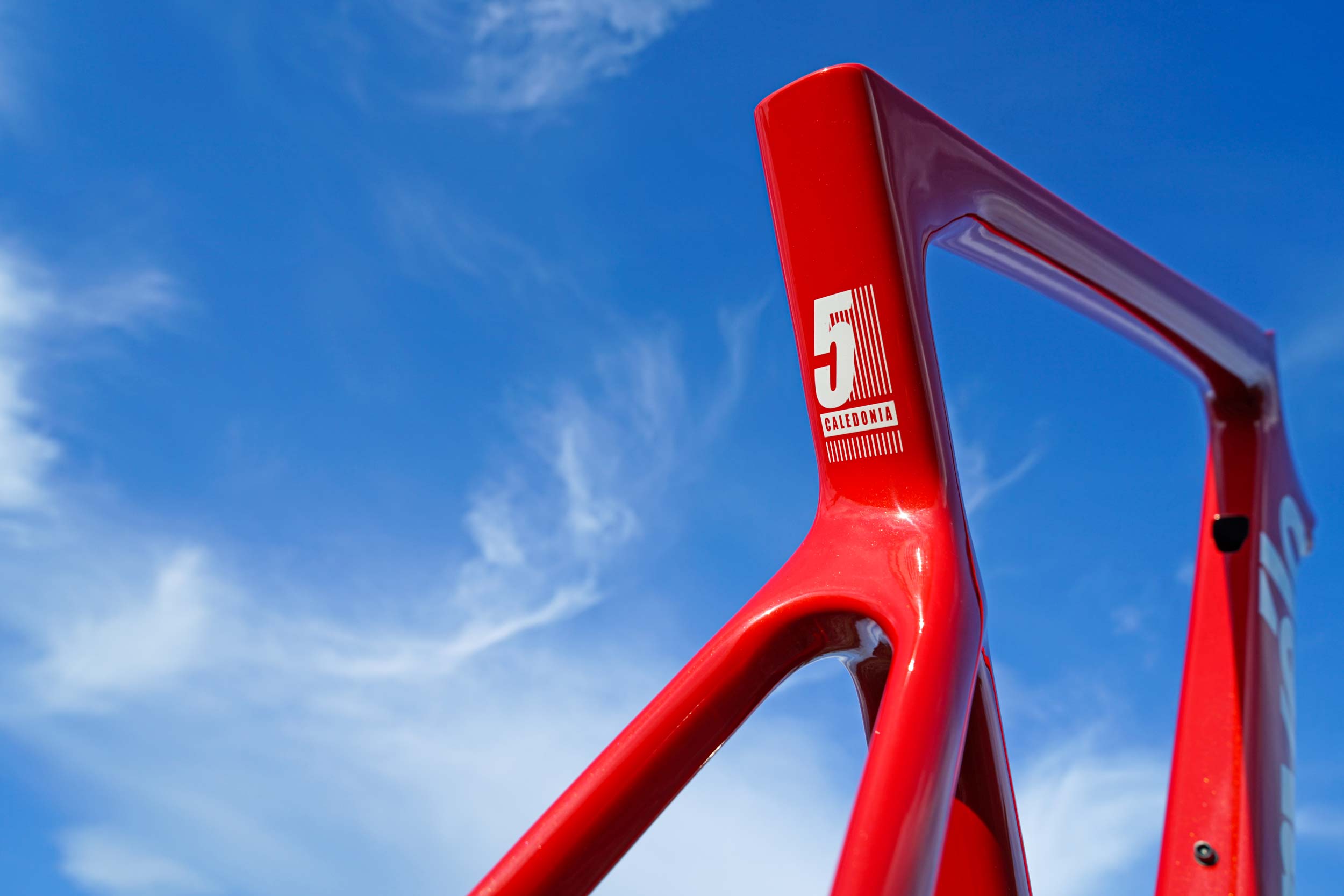 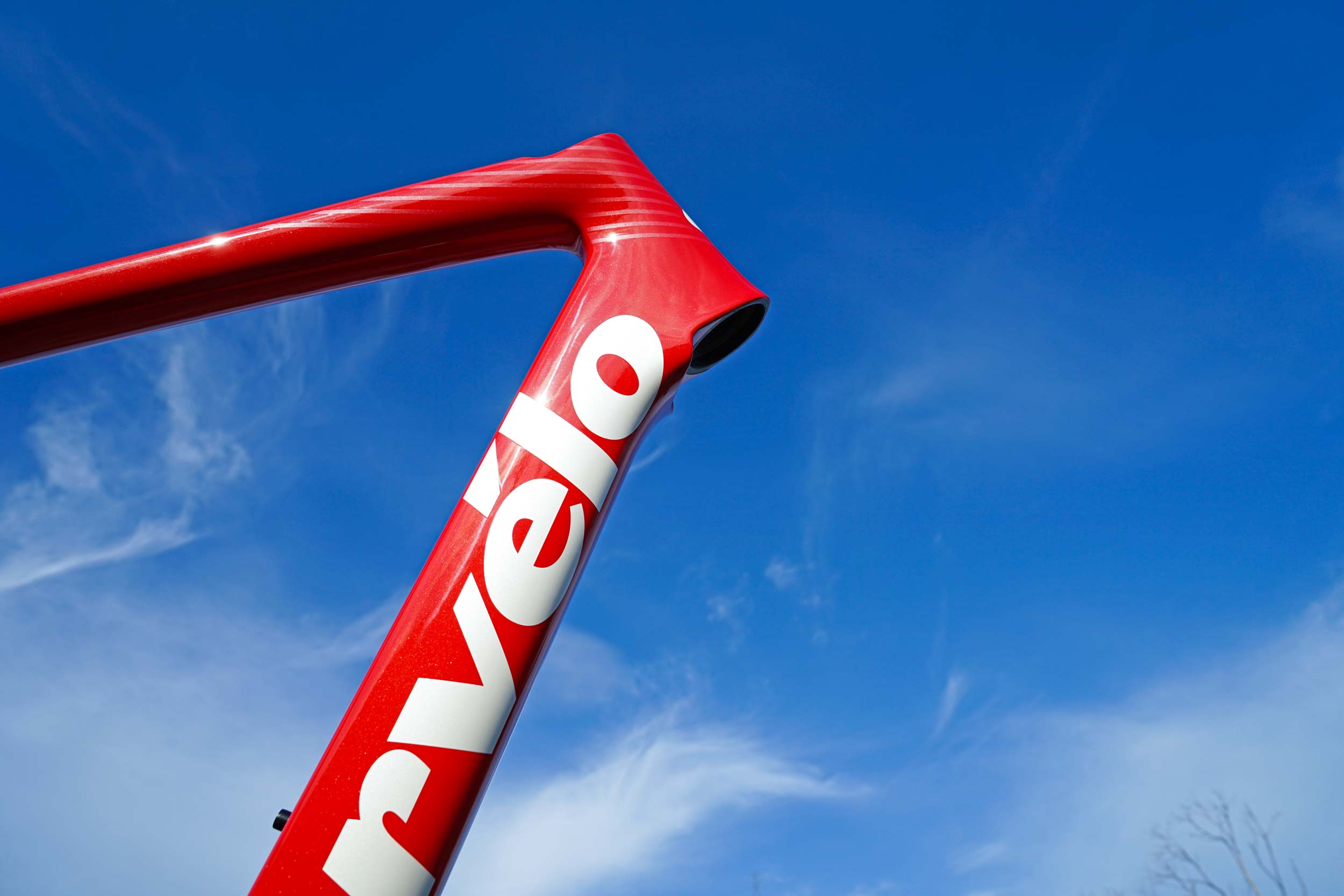