This is the last road bike to be featured in the Mark Renshaw ‘Story Of My Bike, Pro Series’. It is also the bike he raced at the end of his first season as a pro, 2004. Step back to another time in cycling, watch the video of Mark explaining the story of his Lapierre Scandium Ultimate.

In 2002, Mark Renshaw was part of a cycling development team sponsored by the NSW Institute of Sport, Brad McGee (a talented rider who had gone to France in 1998 to pursue a pro cycling career) and FDJ (a French lottery that sponsored a top-tier pro team).

McGee had raced with La Française des Jeux since 1998, the second season of that team’s existence. A few years later he was linked to a move to Rabobank, but negotiations stalled and instead of going to the Dutch squad in 2002, McGee remained part of what became known as FDJeux.com.

“[McGee] went to La Française des Jeux and suggested they join forces with the NSW Institute of Sport and form a development team,” read a report about the creation of the development team in RIDE Cycling Review in March 2002.

“The deal suggested that the pro team could have first pick of the riders from the feeder team if they showed the potential to make it in the pro ranks, FDJ would supply the junior team’s race equipment and some money to help pay for a coach/manager’s salary. In return, NSWIS could offer testing facilities and a second coach, Gary Sutton.” 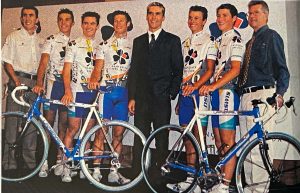 The manager would be McGee’s older brother Rodney, himself a former world champion in the team pursuit (1995). And the roster of riders in the development team would include Brendon Cato, Ashley Humbert, Chris ‘CJ’ Sutton, and a 19-year-old rider from Bathurst, Mark Renshaw.

It was a deal that paved the way for Renshaw to pursue his goal of becoming a pro cyclist. The following year, 2003, he too went to France and raced a season for a club in Dijon, nearby the Lapierre bicycle factory.

Renshaw would get to know Gilles Lapierre, the founder of the bike company, and they remained friends throughout a career that spanned 18 years and six teams. 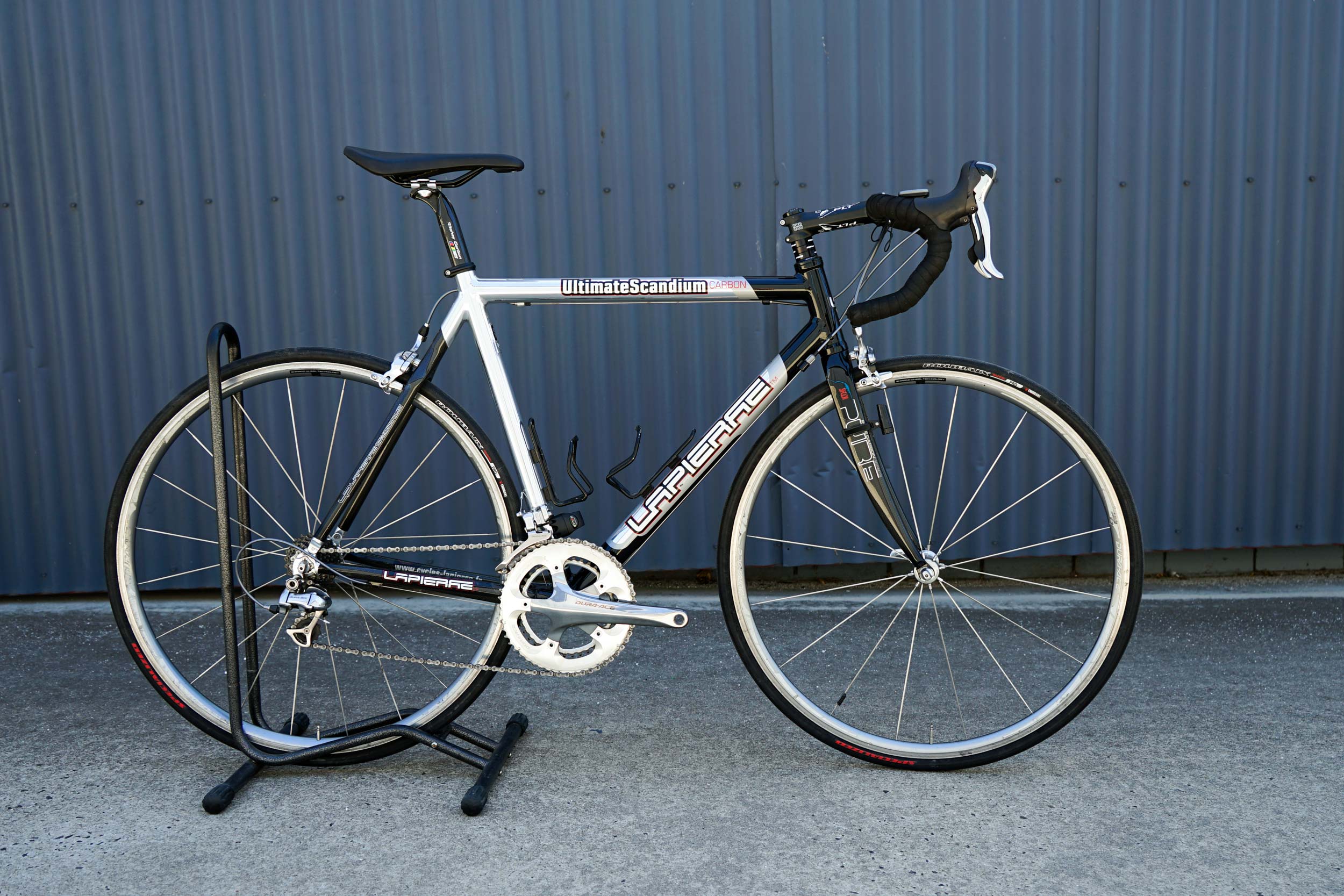 In 2004, his neo-pro season with what was then known as FDJeux.com, Renshaw raced alongside the likes of McGee, Baden Cooke, Matt Wilson, as well as Bernhard Eisel, Philippe Gilbert, and Jérémy Roy.

He’d return to Australia for the Herald-Sun Tour but the Lapierre Scandium Ultimate bike that he raced in Europe was destroyed by baggage handlers on his way back home. Lapierre quickly facilitated the supply of a replacement bike, and that’s the one featured in part eight of RIDE Media’s ‘Story Of My Bike, Pro Series’ video interview.

Renshaw laughs about how he used to ride around Bathurst at the time “thinking my shit doesn’t stink” because he not only had a pro contract but a bike with carbon-fibre rearstays.

It was a time of change in the bike trade and there was a rush for manufacturers to incorporate carbon-fibre elements in aluminium, scandium or steel frames. The trend didn’t last long and within a few years most brands had shifted to frames made entirely out of carbon-fibre. 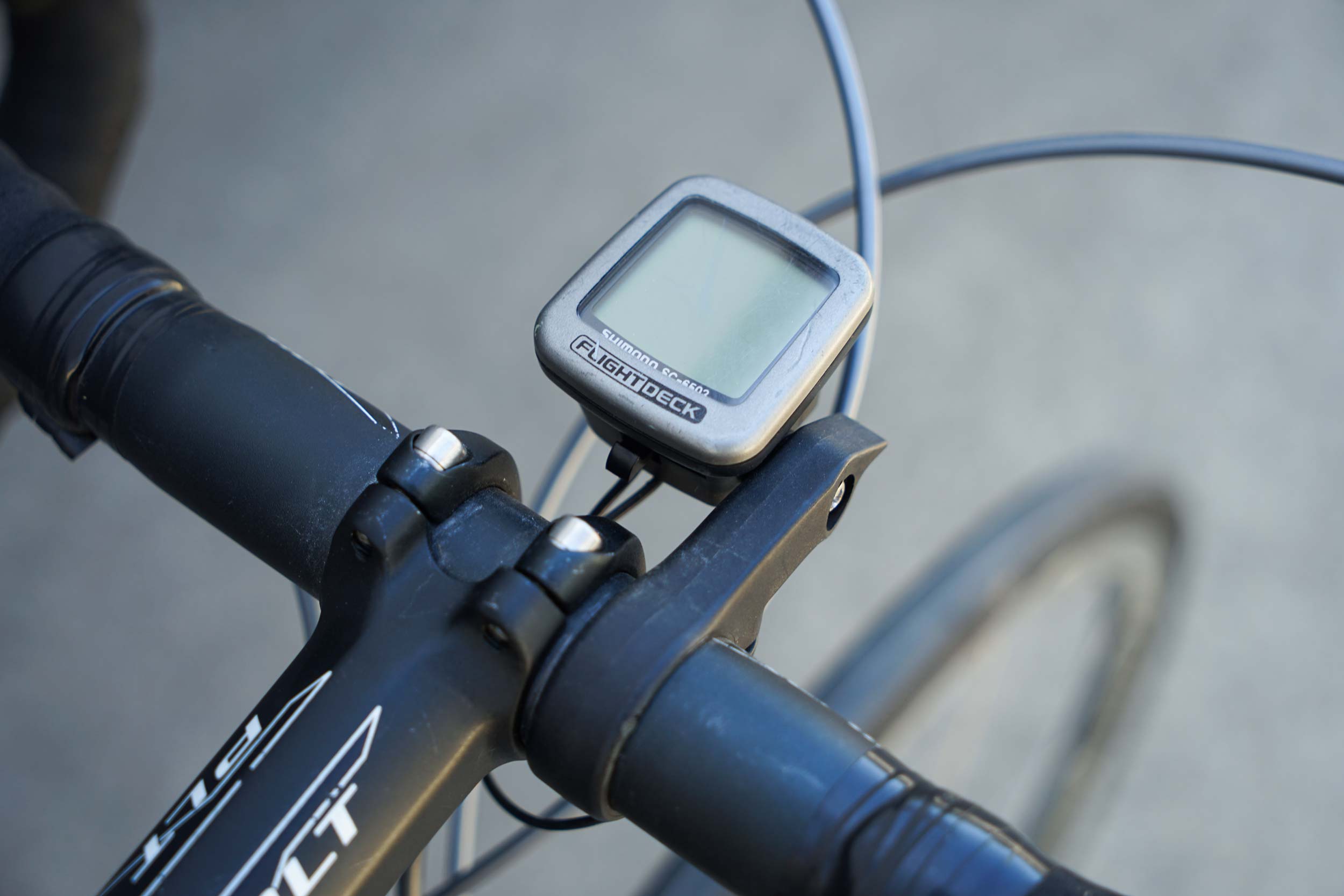 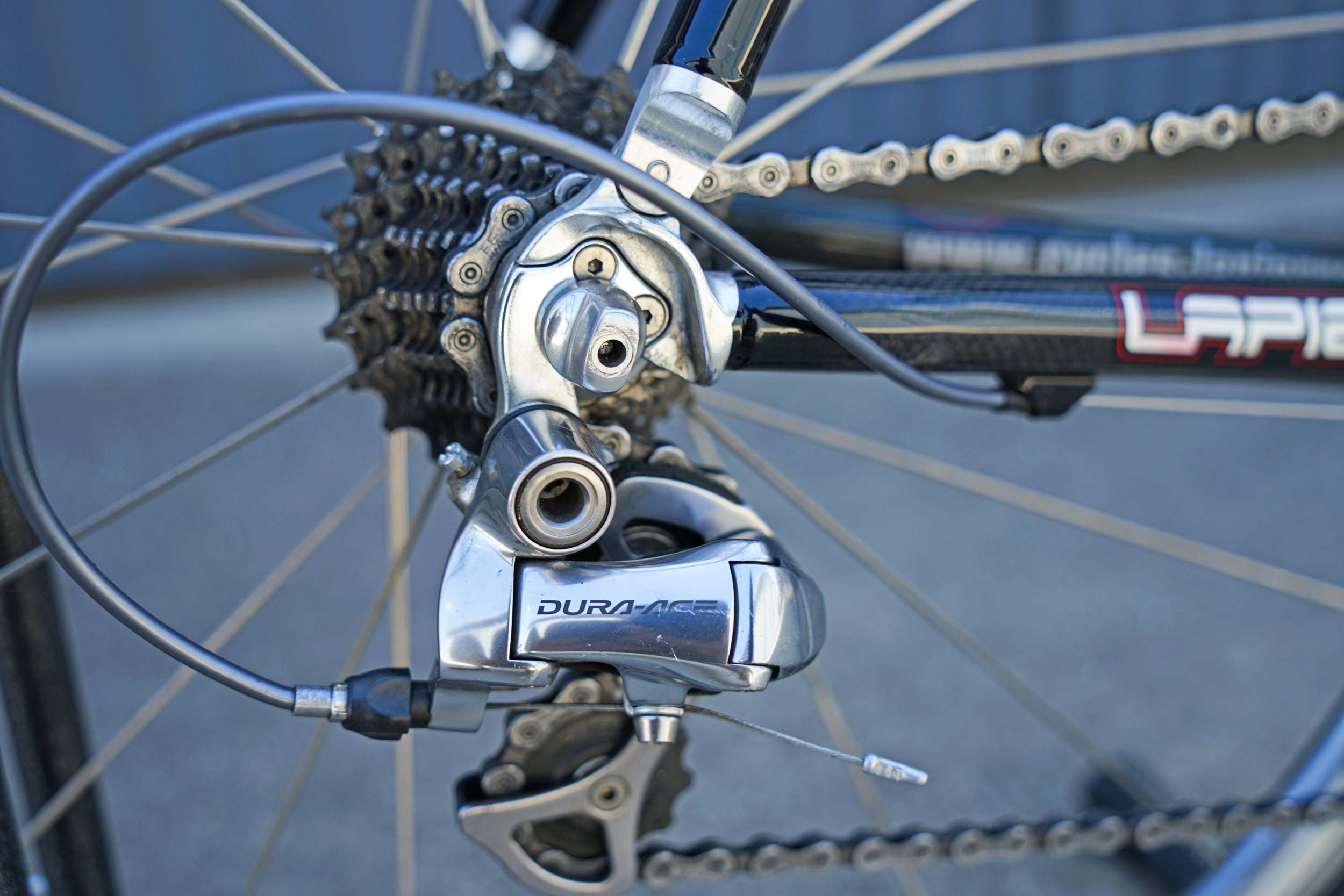 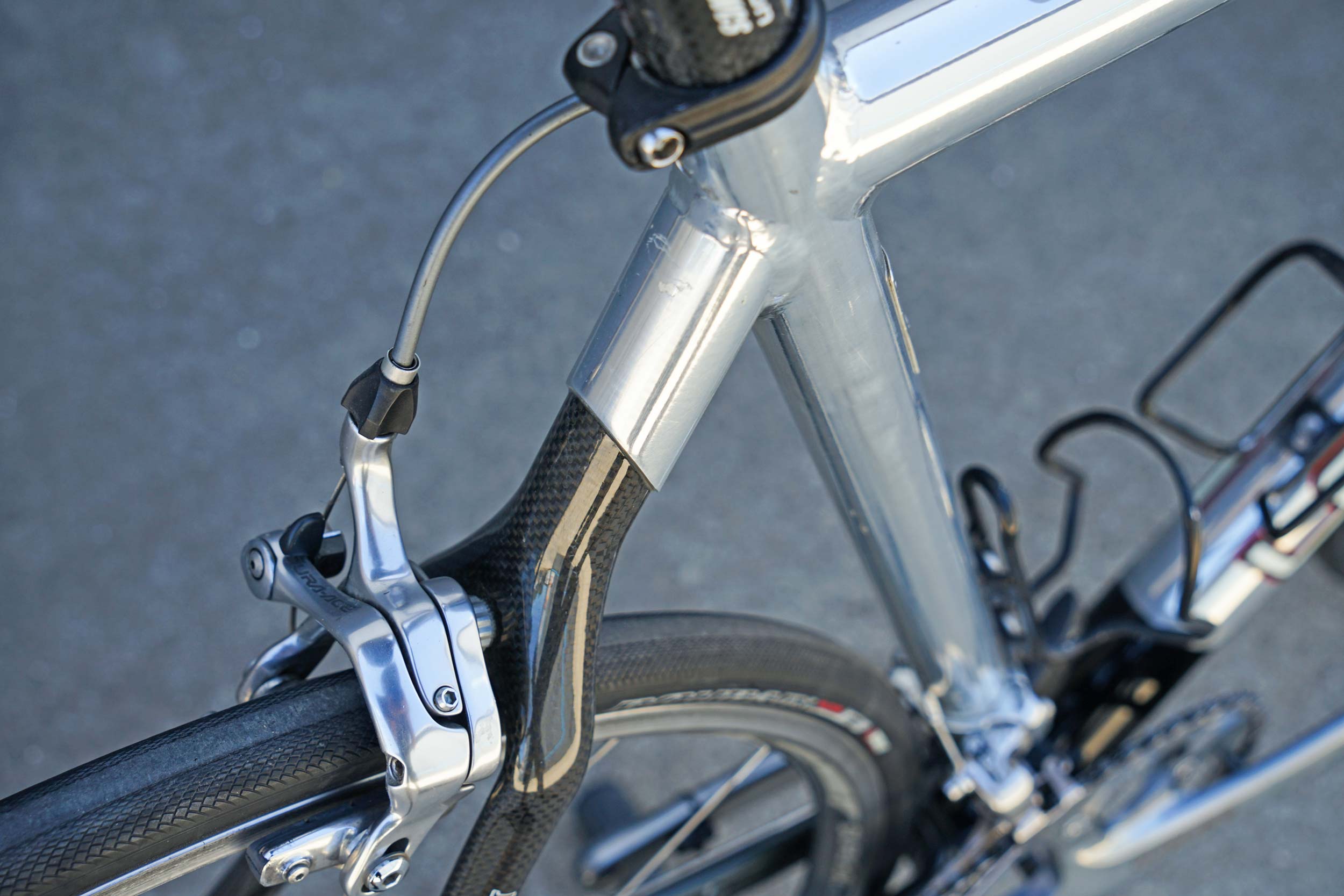 The Lapierre Ultimate Scandium is part of the collection that’s on display at Renshaw’s Pedal Project, Mark’s bike shop in Bathurst. It is the replacement bike, but it boasts the same spec as what the FDJeux.com team raced in Europe in 2004 – right down to the Shimano Flight Deck cycle computer that still graces the bike hanging in the shop.

Watch the video to hear Mark’s recollections of the bike and the times. It was the beginning of what became a remarkable career and the legacy of McGee’s relationship with the French team and its bike supplier is still on display all these years later. 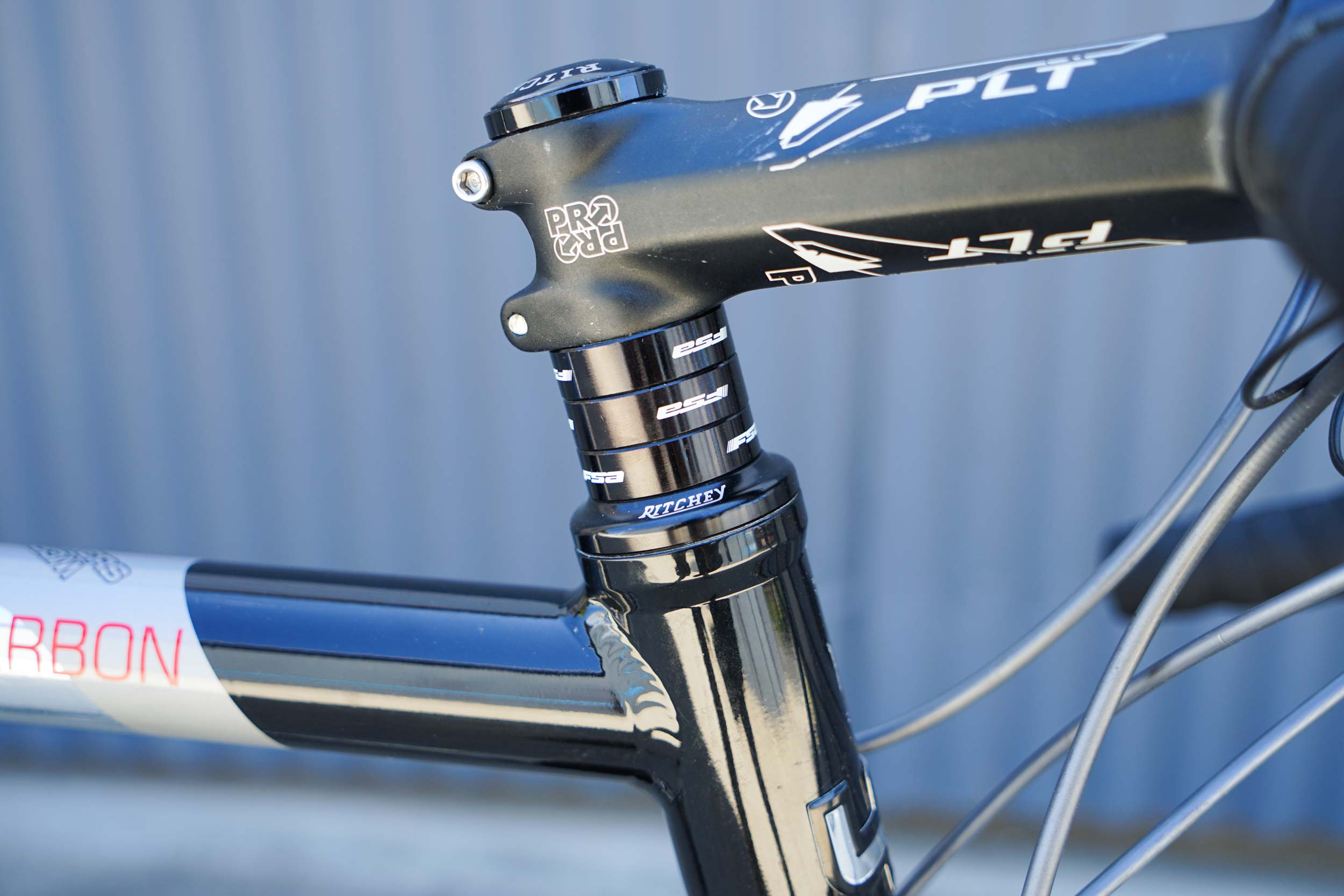 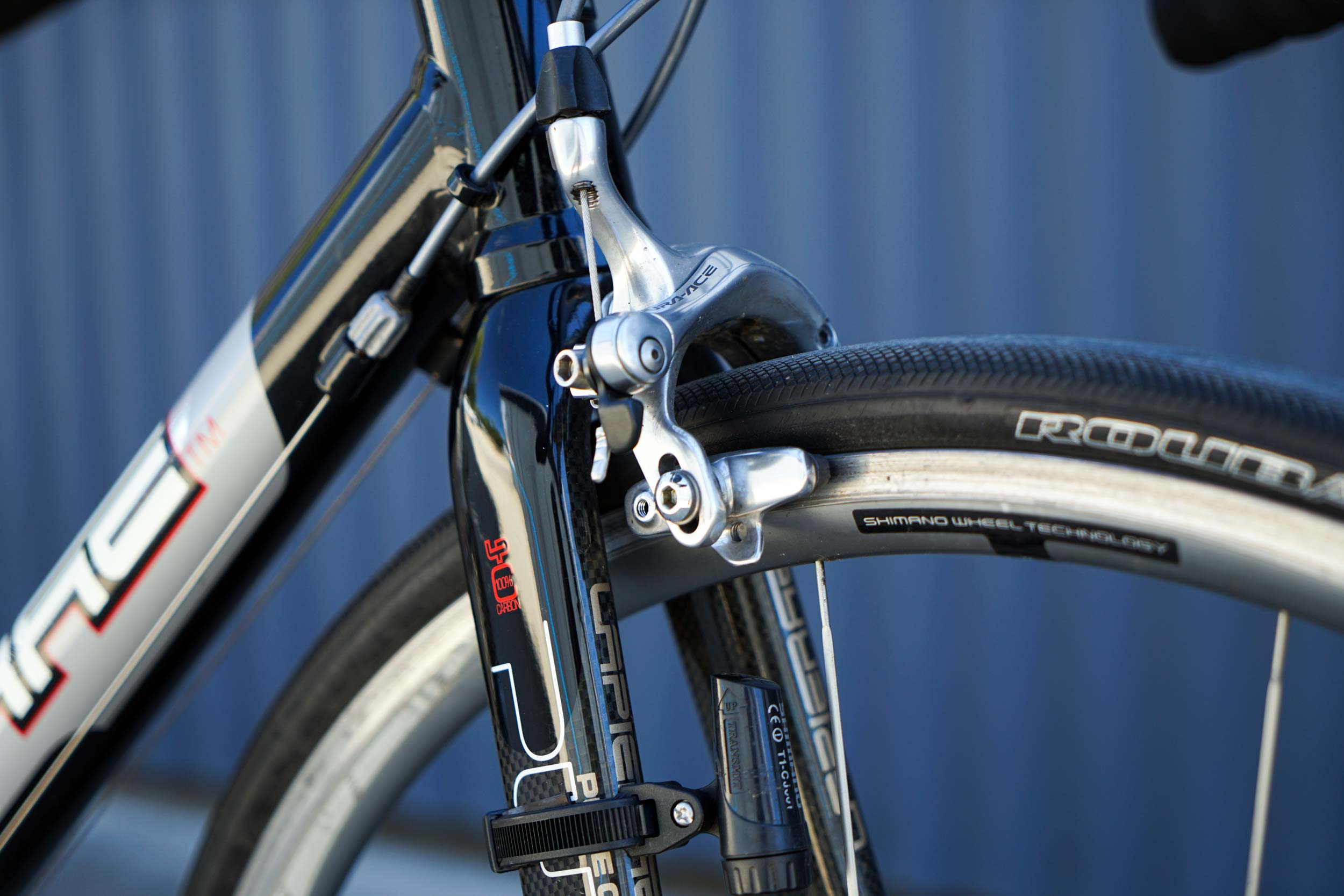