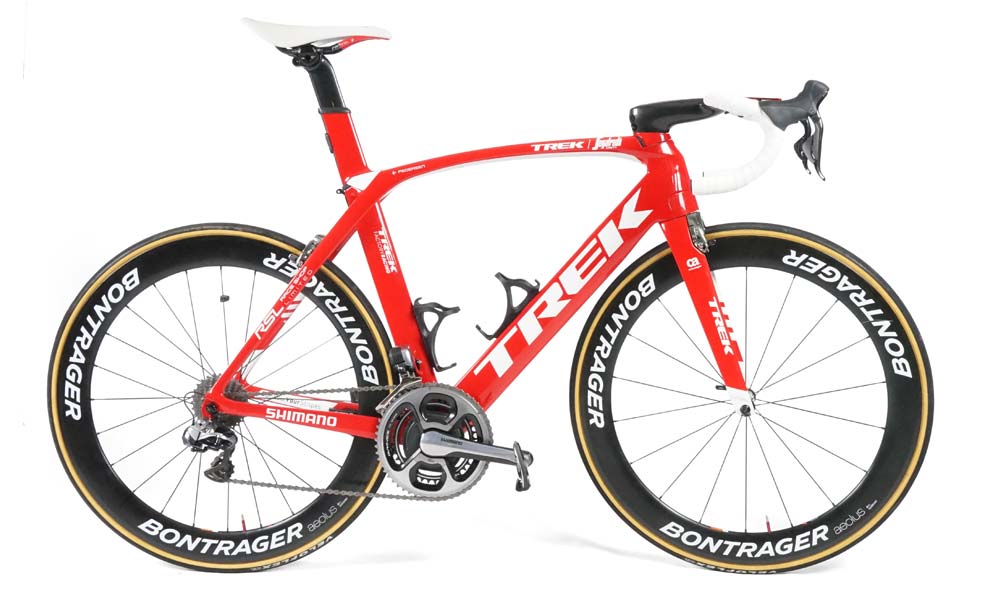 At the beginning of the cycling season, RIDE Media has documented the products used by teams that are part of the WorldTour. This overview of bikes and equipment features in the current issue of our magazine, #RIDE75.

We have already presented two of the bikes in an online gallery format – AG2R La Mondiale’s Factor and the Specialized Tarmac used by the Quickstep team.

In the coming days, we’ll post the balance of bikes on our site…

With rumours emerging overnight that Alberto Contador was using a new-generation Trek bike at the Criterium du Dauphiné, it’s worth having a look at the Madone used by Trek-Segafredo in 2017… this is the bike used by Mads Petersen.

(Click on the photos below to begin a slideshow.) 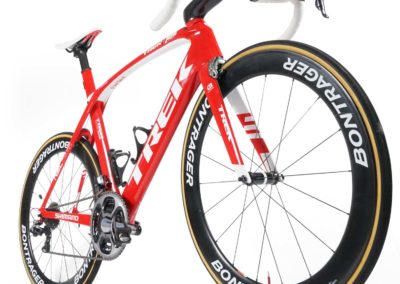 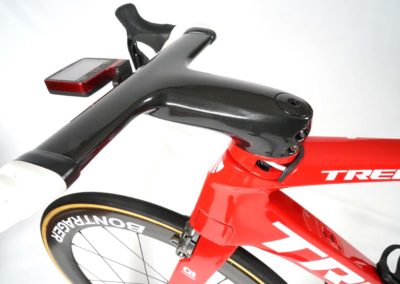 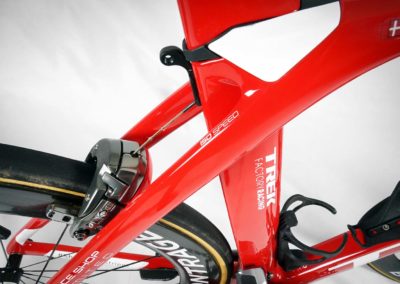 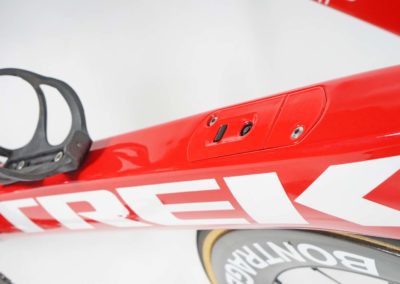 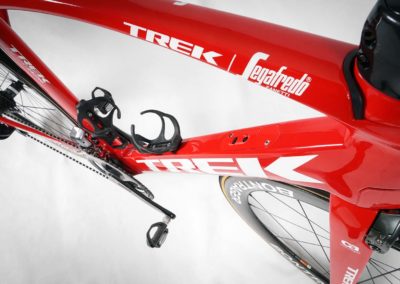 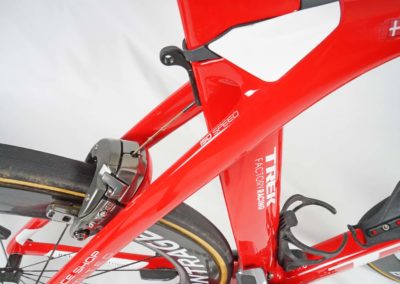 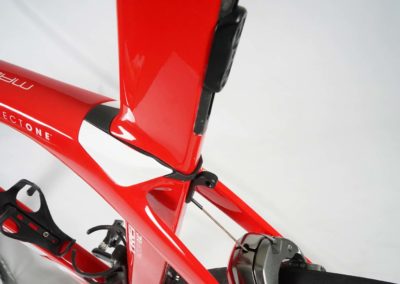 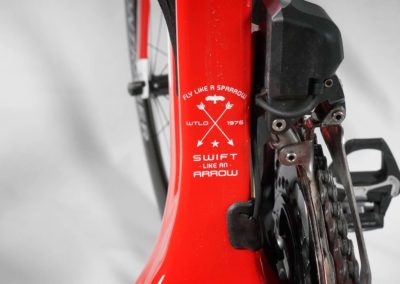 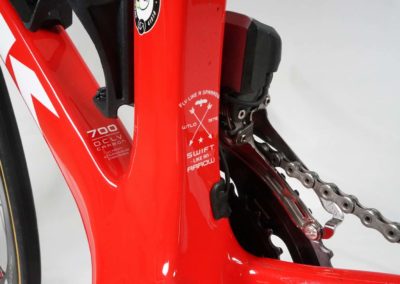 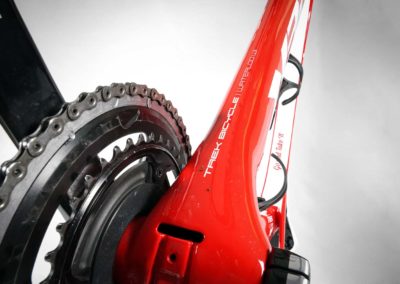 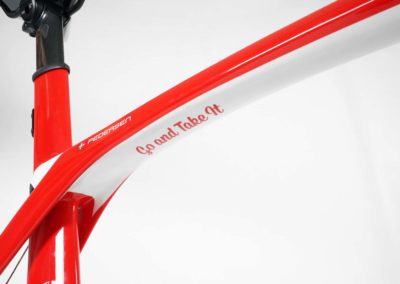 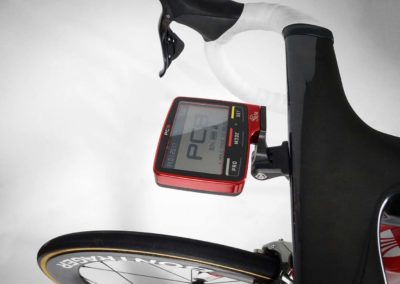 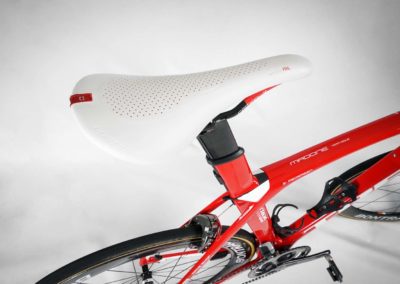 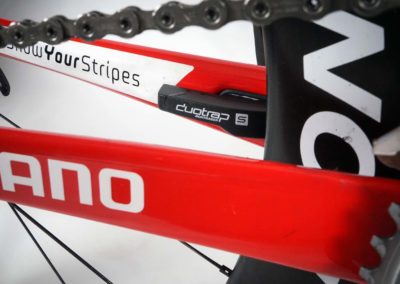 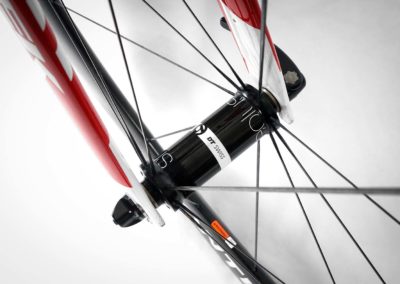 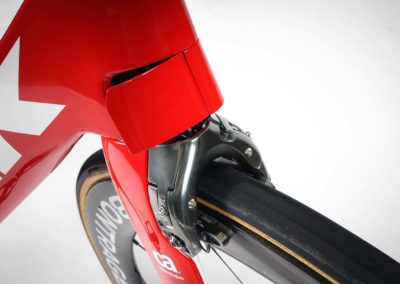 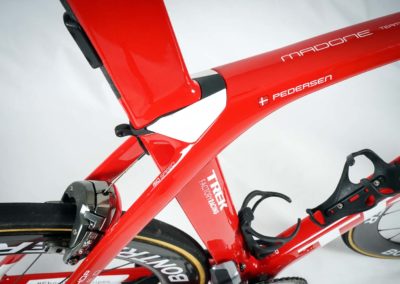 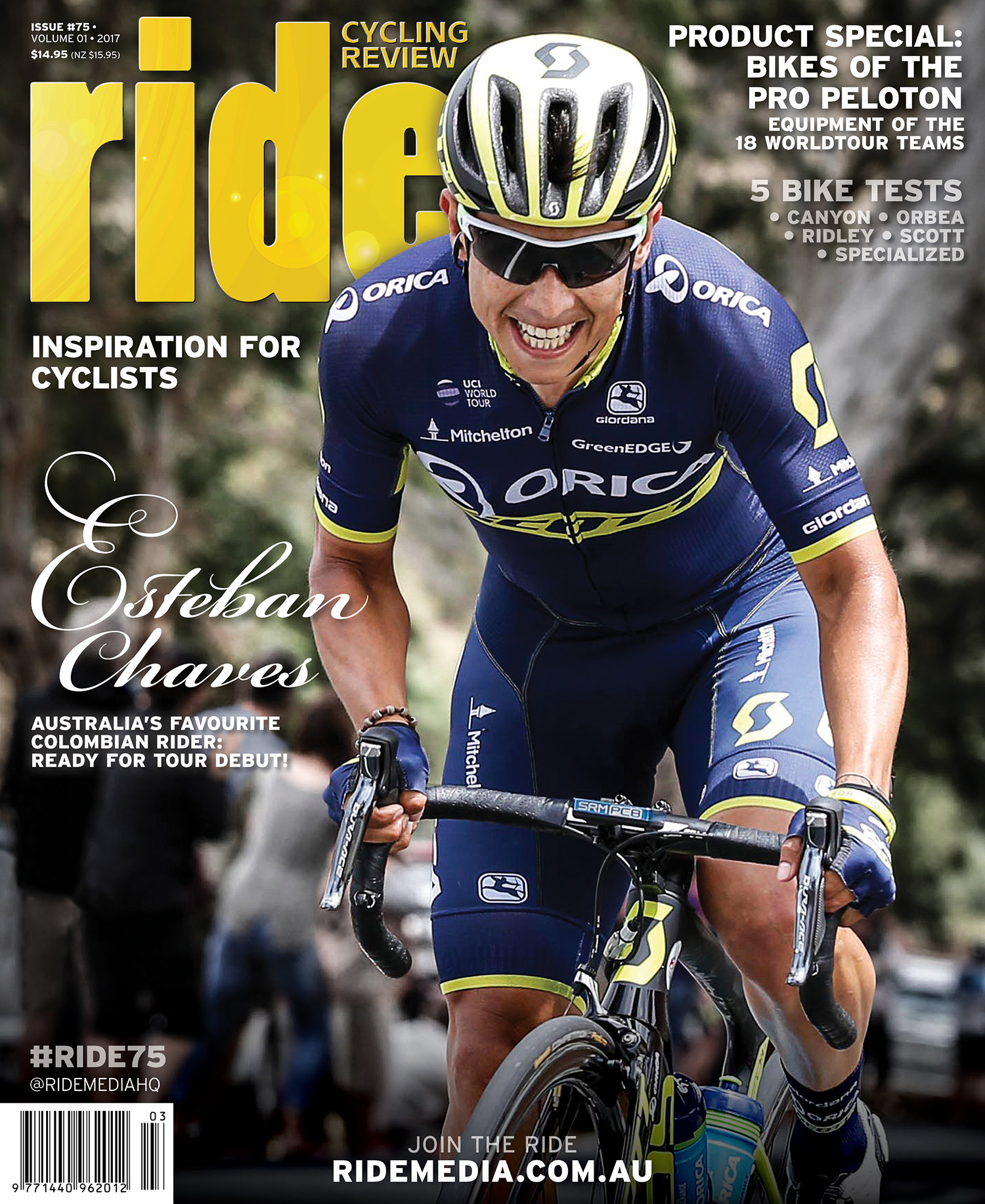 Click here to read more about the Trek Madone… 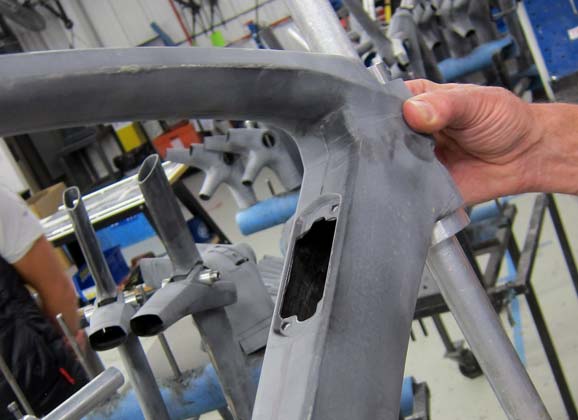 The latest in the Madone series was born out of the aim to create “the ultimate race bike”. All marketing aside, Trek stuck to this plan and delivered a bike that truly achieved the ambitious goal.

This bike, one of three on the menu for riders on the team sponsored by the bike brand, offers aerodynamics, stiffness and comfort all in an aesthetically pleasing package. The bike is gaining traction for racers and recreational riders alike.

The frame is the RSL – ‘Race Shop Limited” – offering a slightly lower head tube than the stock 9 series model but which you will not see on the shop floor. (Although this RSL model is not just for the pros but can be purchased by the consumer.)  For an aero bike the frame and build kit came in at a very reasonable 7.3kg with pedals and cages nearly 800g lighter than the equivalent bike from Specialized.

Logically, the team is using the in-house brand Bontrager for accessories, not just components but also helmets and shoes and other sundry parts.

The team has a variety of saddles in use illustrating the riders can choose what type of saddle to be on. The carbon railed Serano RXL is fitted to this bike.

Trek’s Madone uses a proprietary integrated handlebar and stem, which usually only comes up to a 130mm stem length. That said, Pedersen’s bike was fitted with a 140mm stem with 420mm bars; this is either a new offering from the brand or something purely custom for the team riders.

“A lot of the riders are on longer stems,” said mechanic, Jeroen Heymans, “140-150 and some have different drop as well, I’m not sure if these will be for sale.”

Trek has thought all about integration on the Madone, a bike launched to much fanfare in June 2015. It features some unique inclusions such as special fastening systems for components like lights and cycle computers that bolt directly to the speciality handlebars.

Bontrager’s range of parts extends well beyond race-only items but the brakes for the Madone won’t be seen on any other bike: the calipers are frame-specific. Some say the action isn’t quite as crisp as other systems but the riders we spoke to didn’t mind.

Up front, the frame has small ‘flaps’ that open when the handlebars are turned.

This bike was photographed on the day of the People’s Choice Classic, so it’s fitted with a 54 chainring; obviously this varies between races.