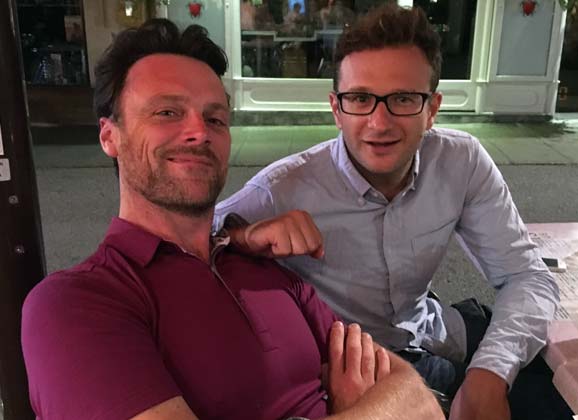 Our first interview about the commentary of commentary is with Rob Hayles who is calling the Tour de France in 2016 alongside Rob Hatch.

Hayles is a former pro cyclist who has been calling the sport on and off for the past eight years, since before he actually stopped racing his bike for a living.

“My first ever commentary was the Tour of Britain with Hugh Porter,” he explained. “It was an hour long show and we called it like a review.

“That was the first time I’d been into a studio for my baptism of fire.”

He’s raced on the track and road and although, as he explains, he’s done some television work in the past his current commentary gig is on the radio.

Part 01: introduction to this series 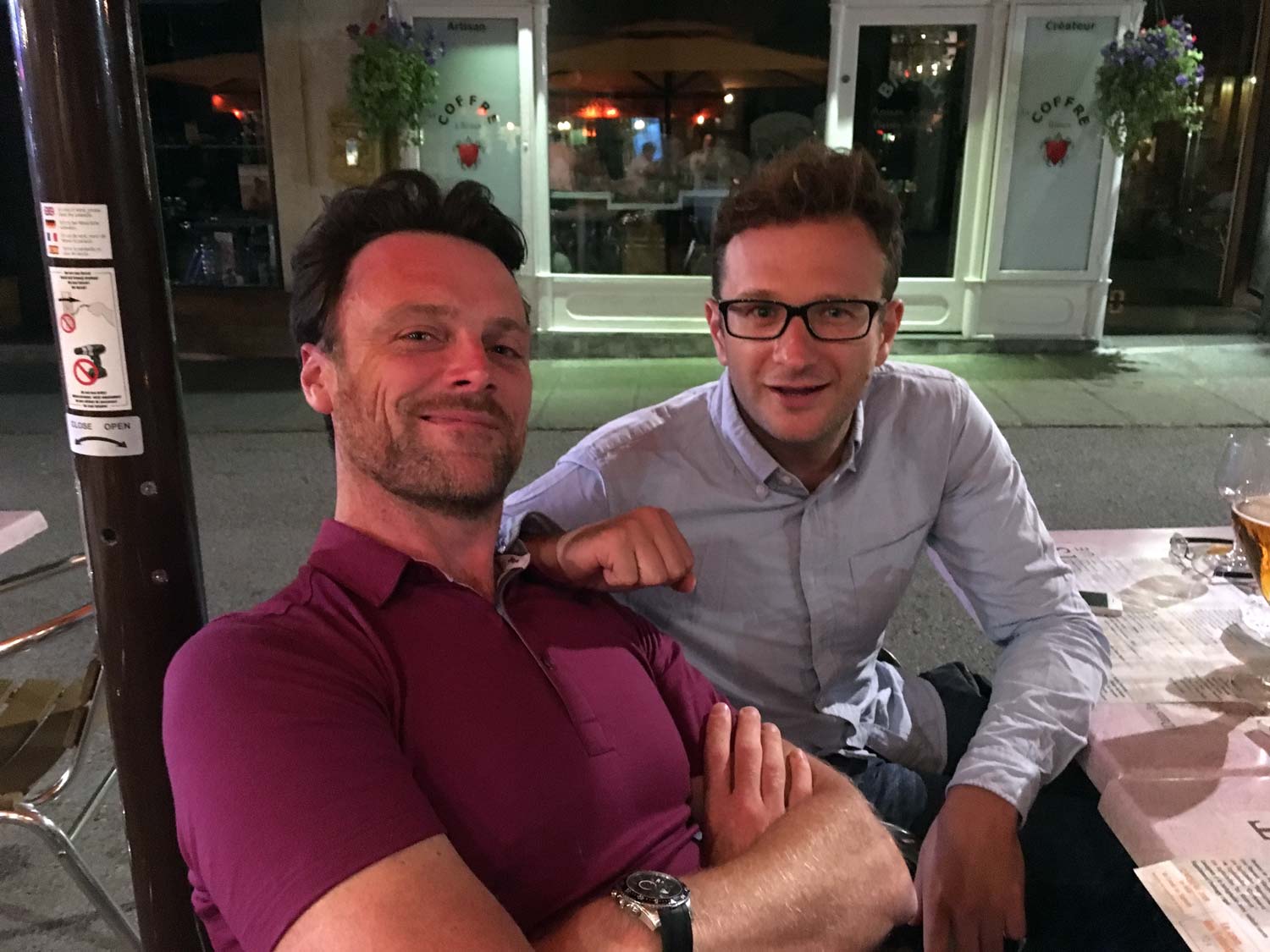 RIDE: I’m with Rob Hayles who is a former bike rider and now a commentator. He’s been talking about cycling for about eight years and he’s now with BBC talking on the radio during the Tour. There are a couple of changes in the wind this year where we see ITV, for example, shunting Phil [Liggett] and Paul [Sherwen] away… and we see Ned [Bolting] and David [Millar] taking over. What’s your feeling on what has been traditionally ‘English cycling commentary’?

Rob Hayles: “Phil is the voice that everybody knows. [Of] all the famous commentaries over the years, I think, probably the biggest one that I can think of is when Stephen Roche comes through [in 1987 at La Plagne] when he was looking to lose time and he held onto the yellow [jersey] and it was that, ‘It’s Roche – it’s Stephen Roche…!’ you know, that kind of thing when it used to be on Channel 4 back when I first started watching [cycling on] TV.

“So I think for a lot of people it’s probably been a little bit of a shock to switch the TV on and not hear [him].

“You’re now hearing Ned who people absolutely love in the UK but for a different job; he’s been the guy at the [team] buses, he’s been the guy doing presenting – doing the reporting as opposed to the commentary. And he’s just starting to filter that in.

“I’ve done a few races with Ned and it has been a steep learning curve for him but I think he’s really taken hold of it and he’s enjoying it – at least I hope he is.

“There was certainly a little bit of backlash, speaking to Ned. The first few days on social media I think was a little bit cruel in some ways. And harsh, especially for someone like Ned.

“We all want to be liked, we all want to be loved, and there’s been this massive change and it’s a shock to people but as the Tour has gone on I think people are gradually starting to turn and embrace it.

“It’s odd because, [as] I said to Ned, ‘Half the people have been complaining would probably be people who would complain that Phil and Paul are still on…’ and, you know, it’s that way isn’t it? People will always complain. You can never keep them happy. And they’ll always find the negative in everything.

“So it’s been an interesting one and I’ll see what happens when I get home and get some of the feedback from people face to face.”

I love that you reference [the call about] La Plagne and the Roche incident because that, for me, is Phil’s career highlight. I think a lot of people have watched that on high rotation.

“It’s so emotive isn’t it, that commentary?”

I think most people’s VHS [tapes] are worn out at that patch. The tape has been rewound [and replayed] so many times it’s been stretched…

“Yeah, people were rapidly – when DVDs came out – getting the old VHS, Betamax, or whatever the hell they were using back then – are getting it transferred onto CD or hard drives…”

If you listen to it now, it’s almost like Phil was calling it over the telephone, it’s very dated and old.

“Yeah, I think we’ve got all the equipment now with BBC Radio… god, we’ve been hanging on by our fingernails with some of our equipment here.

“But that’s all part of it, isn’t it? The grainy pictures and what have you?”

When we were talking about the familiarity that people have with Ned or with Phil or with Paul, it is like settling into the lounge and knowing that you’re going to be spoken to for a very long time. And if there’s aficionados who are really watching it means they need to settle into a rhythm and maybe it’s that dulcet tone of Liggett that lulls them into summer-time in England.

“And because it’s such a big change people may take a while to get used to it.”

As an ex-rider do you find yourself with anecdotes about the racing or do you feel that you almost follow the rhythm of Phil and Paul’s method… ‘They need to eat now…’, ‘They need to drink…’ or ‘There’s a nice chateau…’, ‘Look at those birds…’

“Oh we were talking about the birds [in stage 15] for sure!

“For me, I’m the person alongside the commentator.

“To do the commentator’s job? No thank you, that’s something completely different.

“With me it is about what the riders are thinking, what they’re likely to be thinking, what they will be wanting to do – potential plans – and, yeah, things like, ‘They’ve got to be feeding now…’ or ‘It’s not just about today’s stage, it’s about tomorrow’s stage or the day after – especially when you’ve got [things like] the heat like we’ve had this week…’

“So yeah, anecdotes come up but it’s always good to do it kind of as a third party.

“But if you do that too often it’s almost like, ‘Yeah, we’re not worried about you.’ So there’s a fine line.

“I do a fair bit of TV as well but when you’re doing the radio obviously you have to be a little bit more descriptive because you can’t let the pictures do the talking for you. Sometimes you can allow five or six seconds of no commentary at all when you’ve got the pictures, depending on what’s happening, obviously. On the radio you can’t do that.

“It’s a little bit different in that respect and I’ve been told – I’ve had my shoulder tapped a couple of times – when I’ve done TV after doing a lot of radio. [When] I’ve gone back to do some TV I’ll be very descriptive.

“There was one point where riders were coming through the feed and I’ll say, ‘As you can see here, the rider is coming through and he’s picking up his musette, and he puts it over his neck and he’s looking in… and,’ I said, ‘I wonder what’s for lunch.’

“And the feedback I got afterwards, was: ‘I wonder what’s for lunch’ would’ve sufficed because obviously the pictures are there. ‘Oh yeah, sorry, I’m in radio mode…’

“But I think you have to find your own way and, depending on who I’m commentating with, there’s probably a different [style].

“You need a bit of chemistry, I think…

“There’s no time to talk, in terms of having a discussion about what’s happening next, you just have to go off each other…

“I’ve never really found that a huge challenge because everyone who I’ve worked with, fortunately – and there are a lot of good commentators out there – and I’ve been with most of them, on the UK side anyway.” 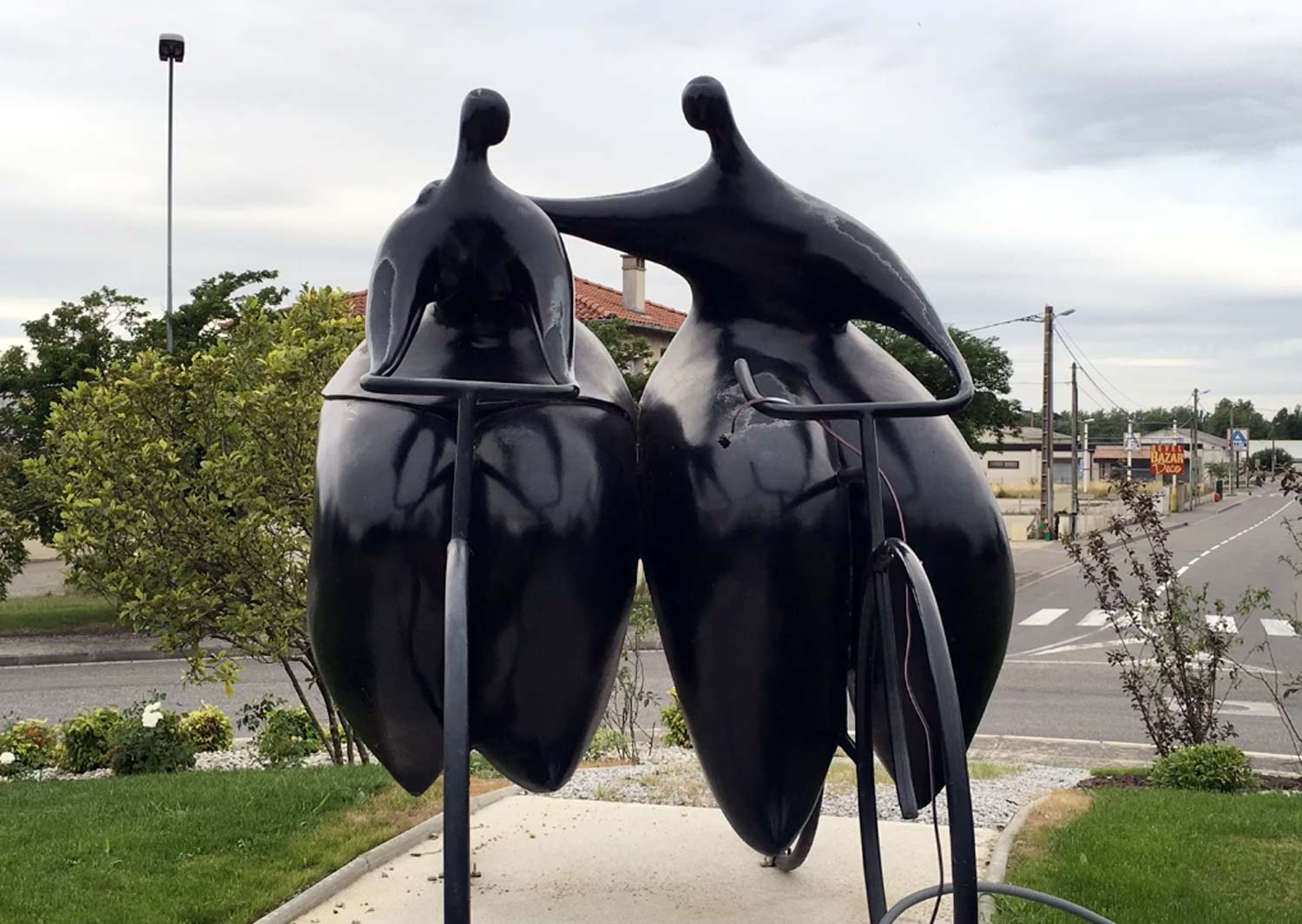 I think we’re a similar vintage: I’m 46, maybe you’re a couple of years behind, but we’ve grown up listening to Phil and Paul on television but for me, when I got into cycling it was the VHS tapes that were sent from various friends in Europe so I’d get Italian tapes, Swedish tapes, or Dutch tapes… and I didn’t understand the language all of the time but I knew the names. And I actually quite enjoy watching cycling [with] other languages because it’s essentially the names give the narrative – the names and the tone.

If I now [have the option of] listening to Phil and Paul, I would much rather listen to French [commentary] because I find myself not having my clear thought when [they] are on my headset…

“That’s why the commentator is there, to lead you – to lead your thoughts and to describe what’s going on. So if that information is not the sort of thing that you want to hear, it’s not always great to have.

“I’ve done it myself: as it’s coming out of my mouth, I’m going: ‘What are you talking about?!’

“It happens in the spur of the moment.

“I mean this week, for instance, [Romain] Bardet has been attacking and I’ve been going, ‘Warren Barguil…!’ and it’s happened a couple of times.”

And people hear it and they can get really nasty about it.

“Well, this is the thing: there will always be someone at home [with] their big screen, sitting on their lounge nice and comfortably, concentrating on the racing and they will always know more about a certain subject that I’m speaking about – that the commentators are speaking about…

“And what you want to do is go, ‘Well, what about the other 98 percent of what I said? Was that okay?’

“Sometimes you’re listening to race radio, you’re trying to write down numbers, you’re not quite listening to what the commentator is saying because you’re concentrating on other things… you know it’s your turn and…”

The publicity caravan is speeding past spraying water at you…

“People do make mistakes and I guess some people make more than others.

“It’s a difficult one.

“Just turn the volume down at home and commentate yourself. All right, it’s not your job and we should know what we’re talking about. And I think we do, on the whole, but you can’t get everything right and you will never please everyone.”

It’s an interesting conversation though and it could go for a long time.