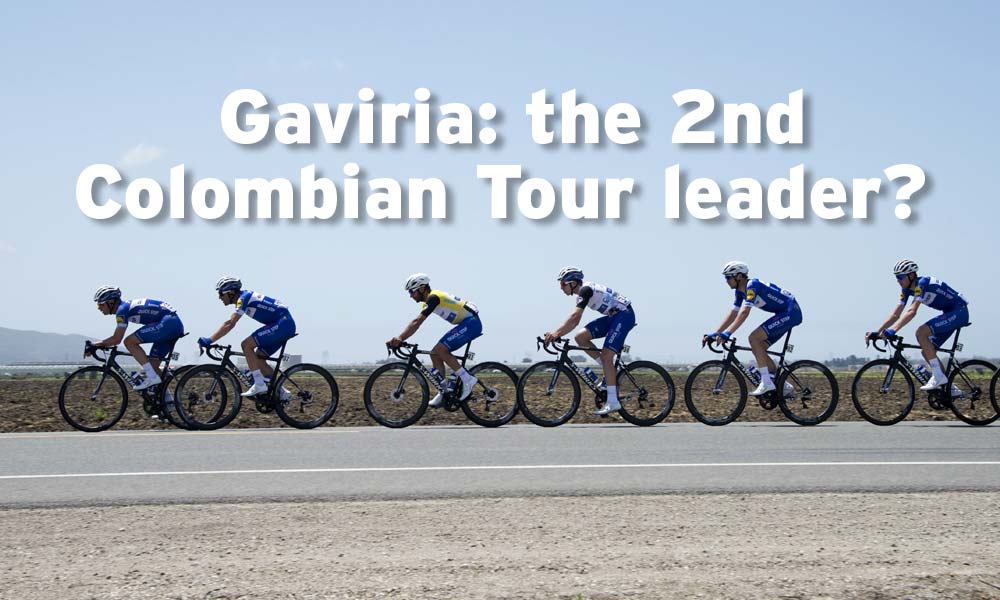 Could a little bit of Colombian cycling history be made today? Although there is a history of success at the Tour from climbers from the South American nation, to date only one Colombian has led GC at the Tour: after a TTT in 2003. Could a sprinter become the second?

Until the 2003 Tour de France no Colombian rider had ever led the general classification at the Tour de France. After the team time trial from Joinville to Saint-Dizier, won the the US Postal team, Victor Hugo Peña set a precedent. Not only was he the first rider from that team other than Lance Armstrong to wear the yellow jersey, he also became the first Colombian to lead GC at the Tour.

Peña led for just two days but the first of them coincided with his birthday. His advantage was just one-second over Armstrong and his successor would be the winner of stage seven, Richard Virenque.

Okay, that’s a bit of Tour trivia. Why is it being told on the day of stage one 2018? Because one of the favourites for the opening stage of the 105th Tour is another Colombian, Fernando Gaviria.

The sprinter from the Antioquia region in Colombia turns 24 next month and today he begins the Tour for the first time.

The peloton lined up for the start at Noirmoutier after lining up with respective national champions at the front. Ahead awaits 201km of racing and most predictions for the finale are for a bunch sprint.

So far in 2018, Gaviria has won six races and claimed first in two points classifications of the stages races he’s contested for the year: Colombia Oro y Pas and the Tour of California.

He is one of the 29 riders eligible for the youth classification 2018 and has a team committed to leading him out for sprints.

The Tour in 2018 is only his second Grand Tour start but Gaviria won a stage in the Giro of 2017 and the setting at the finish in Fontenay-le-Comte suits his strength perfect.

Frenchman Julian Alaphilippe is listed as the ‘leader’ of the Quickstep Floors team and there are other stars in the line-up but it’s Gaviria who will get the support of his cohort in stage one.

The line-up for the Belgian-registered team in the Tour of 2018 is:

Gilbert won the opening stage of the 2011 Tour, the last time the Grand Départ was in the Vendée department.

Could Gaviria become the first leader of the race in his debut? The flag has just been dropped to signal the start of the opening stage… so we’ll know the answer in a few hours.