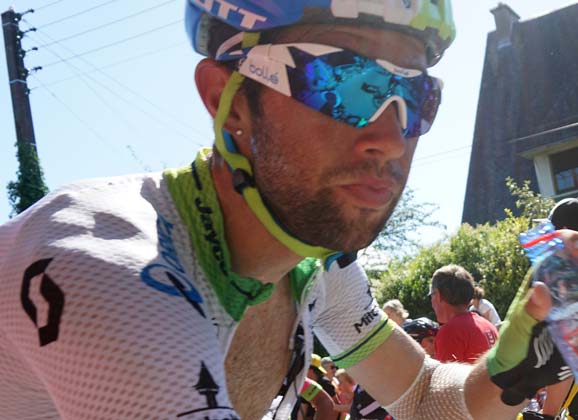 He’s last overall and isn’t convinced he’s going to finish the Tour de France but Michael Matthews is optimistic about the coming days. If he survives the mountains, he’s even aiming to try and win a stage. Here’s an update on the ‘Lanterne Rouge’ of Le Tour 2015. 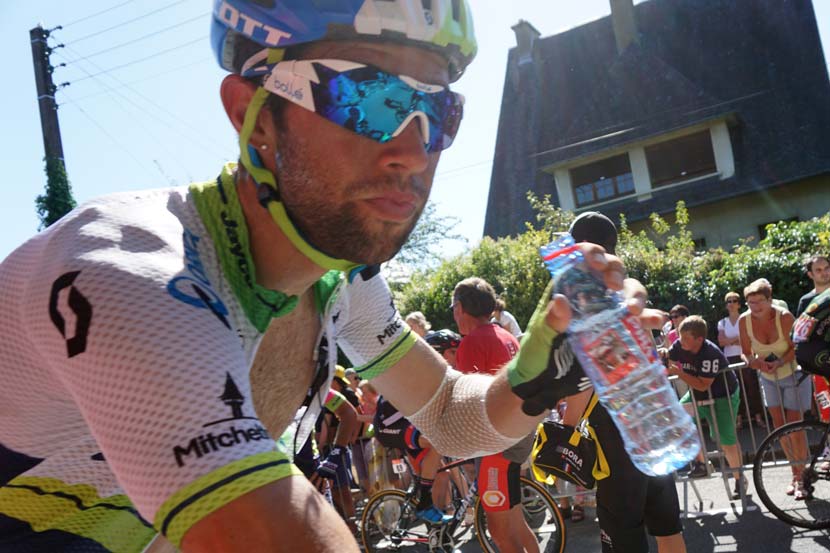 Michael Matthews rides on… one of many to crash in stage three, he’s last overall but has his eyes on a prize…
Photo: Rob Arnold

From 78.6km/h to zero in an instant, that’s what Michael Matthews did a little over a week ago. He was one of many who crashed in stage three. Unlike his team leader, Simon Gerrans, he finished the stage and has insisted on continuing his Tour de France as long as his body allows him to.

The Australian is the ‘Lanterne Rouge’, last in the general classification, two hours 14 minutes and 14 seconds behind Chris Froome. He’s still sore but he’s still in the race.

“I feel a little bit better,” he admitted at the start today in Lannemezan. “The rest day really helped me.

“The team time trial was also a rest day for us, we knew it was not really possible to perform with only six of us. It was nice to have a few rest days in a row.”

When he fell, he knew he was hurt but wasn’t sure what the extent of his problems were. So he got back on the bike and forced himself to the finish.

Amidst the mayhem of the accident that forced the race jury to neutralise the stage, Gerrans was one rider who knew immediately that he couldn’t continue. Neil Stephens was on hand to help the riders find new bikes and get them back on the road again but the assistant DS for Orica-GreenEdge told RIDE a few days ago, “When I saw Simon standing there in the background, silent, I could see he was in pain but he didn’t say a word. I asked him, ‘Are you okay?’ And he just shook his head and calmly said, ‘No, I’ve broken my arm.’”

Gerrans had to quit, but Matthews continues and is even optimistic about what’s yet to come. 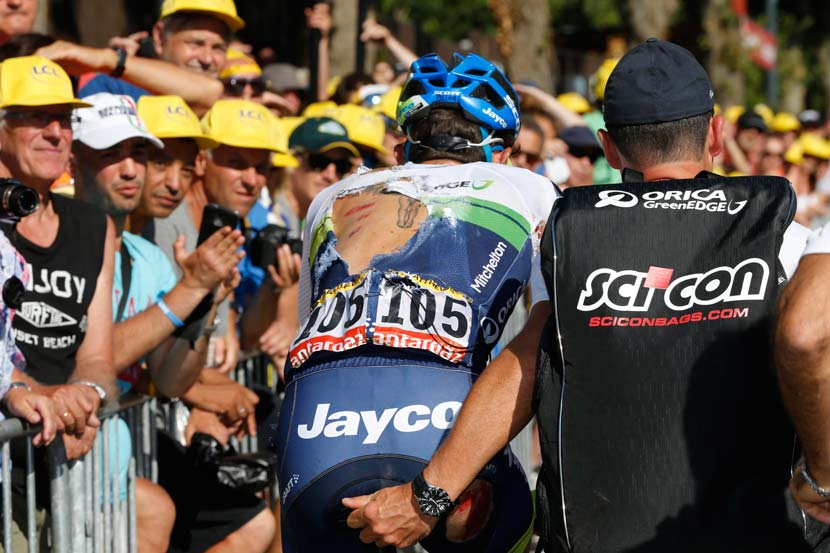 Matthews at the end of stage three…
Photo: Yuzuru Sunada

“I just need to be confident in my form,” Matthews said. “The legs are good, my form is good, it’s just the breathing that stops me from giving my full potential.”

It’s hard to take a deep breath with two broken ribs but he’s growing used to the pain and is getting on with his job.

“A week ago I certainly didn’t expect to be here. For the past two weeks I was ready to pull out each day. It’s been a really hard race with so much stress but the team was behind me keeping me motivated.

“I’m still hoping to get results in the latter part of the Tour and that’s the main reason to stay in the race… I don’t like being last but I also keep it at the back of my mind that I was the only one to get through from that crash. In the next few days I’ll move up in the GC.

“A few stages are good for me coming up. The goal is to try and take stage wins. To finish the Tour is not an objective for now.

“On a longer term, the Worlds are obviously one of the big objectives of the season. You don’t always have a course that suits your qualities that much. It’s like the chance of a lifetime.”