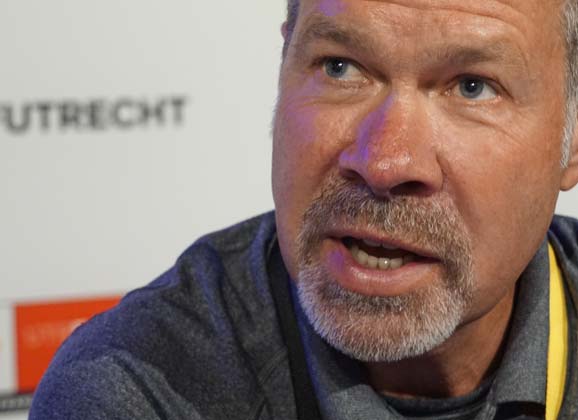 Ochowicz on van Garderen: “He’s still on an upward trend”

The BMC team hasn’t hidden its objective for the Tour de France of 2015. It’s been obvious since the start of the season that there’s one aim: to get the most out of Tejay van Garderen in the American’s fourth season with the US-registered squad. In the lead-up to the Tour, he’s raced 36 days this year and the most recent hit-out was the Critérium du Dauphiné in June. BMC won the team time trial, he finished second in two stages – behind Romain Bardet at Pra Loup and as runner-up to Chris Froome at Saint-Gervais…

Van Garderen led the Dauphiné on the final day but lost the yellow jersey after a spectacular showdown with Froome in the last stage. The runner-up is warming up and his team believes more is possible. 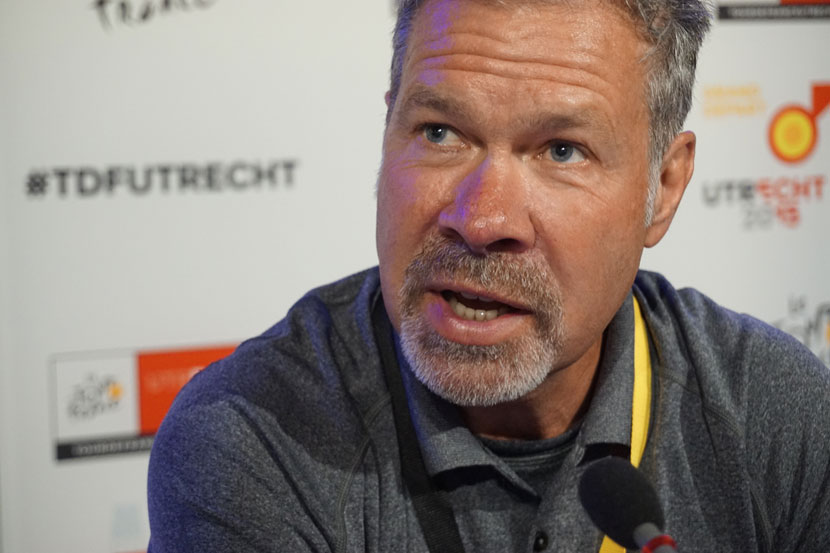 After the press conference on the Friday before the 102nd Tour, Rob Arnold spoke with Jim Ochowicz about tactics, training and the prospect of improving June form in July. Below is a transcript of that exchange. It begins with a question about the team’s benefactor, Andy Rihs, one of the most enthusiastic sponsors in the sport…

“No, he’s not a tactician. He has an opinion about the race but usually it’s afterwards when he’s had a chance to digest the day – he likes to talk about the race like most people do. That’s his role. He’s our ‘Godfather’ and he will be in the car at some races, but acting as a patron not as a sport director.”

Just a cameo once in while…

“Yes. It’s motivating for the guys to see him in the car. They know who is and why he’s here. For the riders it’s fun and he plays his role and doesn’t try to exaggerate what he’s doing.”

Who is the main tactician in the team.

“Yvan Ledanois… he did the Dauphiné.”

That became a compelling race, didn’t it? It was quite amazing with the changes in leadership [from Peter Kennaugh to Rohan Dennis to Tejay van Garderen to Vincenzo Nibali… back to van Garderen and eventually to the champion, Chris Froome]. What did you take home from that experience in June?

“We took home a lot of stuff from that at the Dauphiné. First we won the team time trial, which is going to be one of the key stages in this whole Tour – people are going to win time or they’re going to lose time there. We’re hopeful to win time based on our last result, we feel pretty confident that should be the case.”

There were some spectacular bouts against Chris Froome, for example…

“The biggest thing we took away from that is what happened prior – you have to look at what happened a year ago because this June was the first time Tejay has gone head-to-head with Froome since the 2014 Tour really, in that sort of setting.

“Last year, Tejay would get gapped – like Froome did a couple of times to him in the Dauphiné – and he would lose 30, 40, 50 seconds. Now we’re only talking 10 or 12 seconds, right? Because Froome didn’t get the big distance.

“Tejay was working this year on that acceleration and holding his own acceleration when the attacks take place. As a result, what you saw at the Dauphiné is that the time gaps were tight between him and Froome.

“We couldn’t judge what Nibali was doing because he was dropped already but between Tejay and Froome the gap is close now, much closer than it’s ever been – and Tejay’s training is telling us that he’s still on an upward trend.

“We’re hopeful that that gap will get even closer as we get further into this race.” 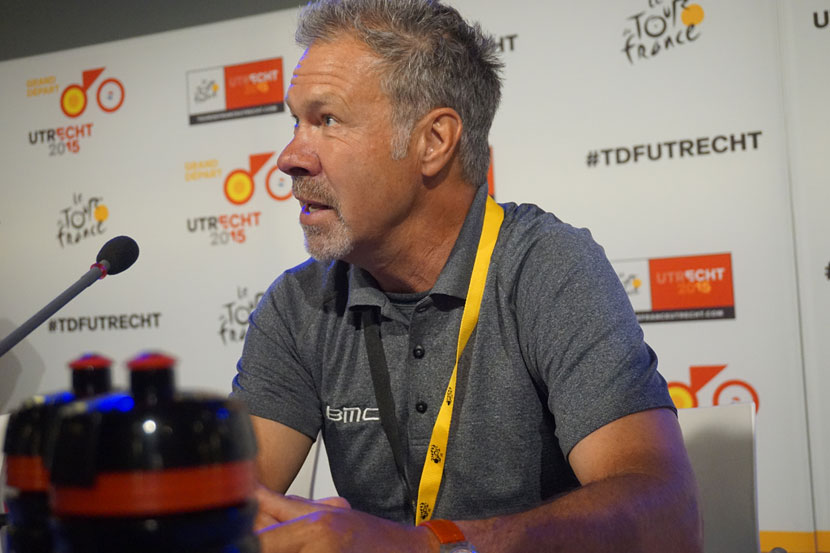 Do you change things technically after an experience like that? Do you look at… I don’t know, even crank length or gear ratios? You’re talking about amending Tejay’s acceleration so what’s the solution?

“Well that’s his trainer [Max Testa] who takes care of that. It’s mainly off-season training in the winter; it is increasing cadence, it is increasing power, it is losing weight – it’s a combination, not just one thing. There are three or four different things that we have to work on and we try to perfect it as best we can and then we look to see if it actually produces a result or not.

“In Tejay’s case, it certainly has produced a result that’s a good thing for him because he feel stronger – and you could see it in the Dauphiné; he’s not going to be taken out like he had been in the past. He’s going to be able to hold his ground.

“He may still get gapped but it’ll be less of a factor.

“I can see him even having that gap and then coming back and maybe even having his own acceleration.

“He’s been working on all those things and the trick is to make it work in July.

“It was working two weeks ago so we’re pretty confident it’ll work again in two weeks from now.”

June is very different to July in the cycling realm. Nibali was obviously doing a bit of shadow boxing at the Dauphiné. How much did you play that game?

“We showed what we had. We weren’t trying to hide anything.

I was just offering that as an example… but I mean people race the Dauphiné very differently to the Tour, don’t they?

“Aah, you know, it depends. To answer that question properly, I went back when I was in the car at the Dauphiné and I was reading through the magazine for the race and I was looking through past results… and the guys that consistently rode well in the Dauphiné over the years, I’m talking 30-40 years because it takes you back to Eddy Merckx and everybody else, they tend to do okay at the Tour de France.

If you’re talking about a podium for Tejay, give us the other two names.

[Long pause…] “I’m inclined to go with Contador and… [longer pause] and Froome and Nibali as kind of a toss-up.”

It’s definitely shaping up to be an interesting race. All the best.