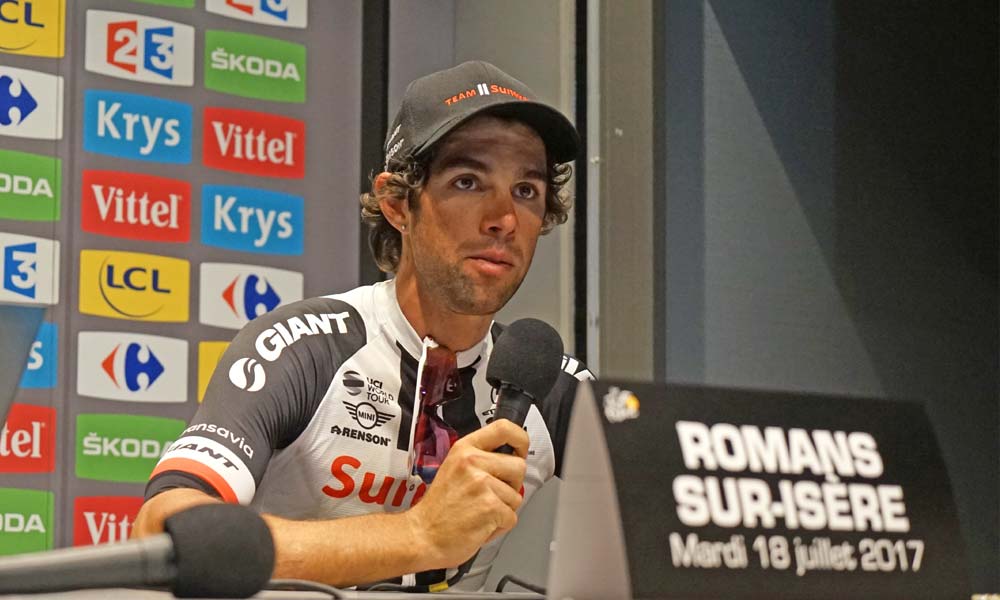 To win stages at the Tour you need fitness, a good team… and confidence. Michael Matthews has all those elements – and now he’s won two stages in 2017.

RIDE: Last year you won a stage that went over the highest pass in the Tour de France. Earlier this year you were attacking in the mountains to get intermediate sprint points. Today you’re winning in the wind. Do you prefer the climbs or the wind?

I wonder if you could talk about the different styles of races that you excel in.

Michael Matthews: “I think when it comes down to a sprint like this – where I knew it was going to be a little bit uphill – I knew that we were going to have a really good chance.

“I think with my riding style, it’s a good thing and it’s a bad thing.

“Every day I can try and go for the win.

“It’s been almost two-and-a-half weeks now of going every single day, whether it’s a climbing stage, whether it’s a flat stage – so it gets tiring but when you’ve got the team to support you, like they’re doing for me, it actually makes me ride 10 times better.

“I have a full group of guys around who are just supporting me.

“The belief they have in me to deliver the result that they’re working so hard for, it makes it possible and it makes me believe in my head that I can actually do it.

“I think that’s half of the battle really.”