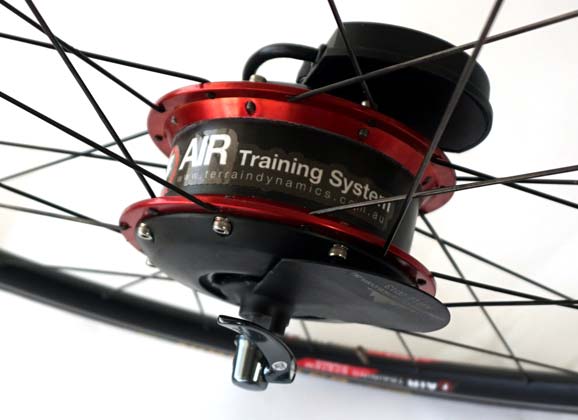 In the current issue of RIDE Cycling Review (#70, volume 04, 2015) you will find a review of the ‘AirHub’ by Terrain Dynamics. This is a training device that generates resistance on the front wheel “for any rider serious about improving strength, endurance and speed”. The Australian company responsible for the wheel is managed by former omnium world champion Michael Freiberg from Western Australia.

In the review, the price is listed as being USD$2,200. That’s what it was at the time of publication but there’s some good news for potential customers… the end product costs a lot less*. 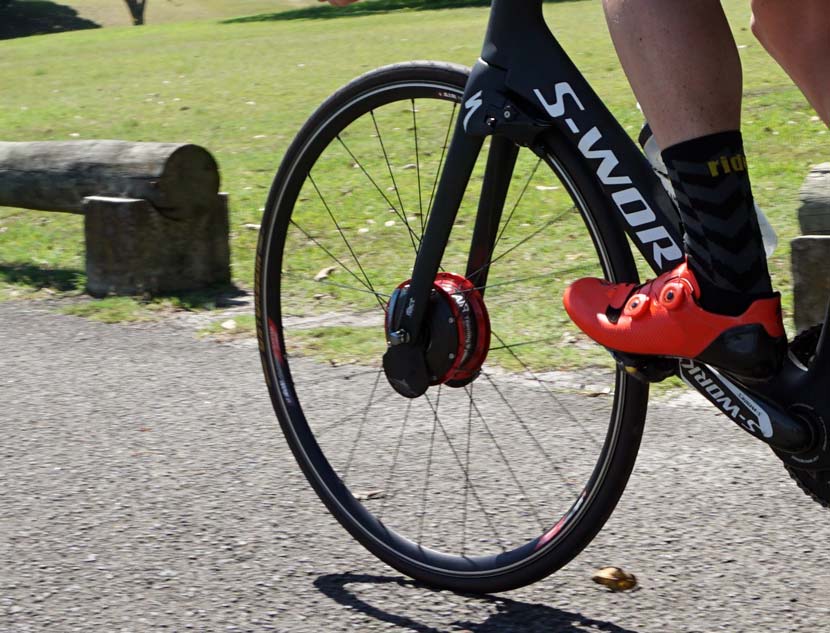 The winner of the people’s choice award at last year’s Australian Cyclist of the Year function, Adam Hansen, has been using an AirHub for a couple of months, so RIDE recently spoke to the Lotto-Soudal rider to get his thoughts on it.

It’s fair to say Hansen is sold on the idea.

“It’s a pretty cool thing. It’s a front hub and it can create resistance, so basically you can ride with other people who are a lot weaker than you and they can make you look like a monkey.

“I got mine in mid-November and I was using it in the Czech Republic (where his European base is) before coming to Australia. I have a few mates there and, as a professional, it’s a bit hard to ride with others because everyone is different – everyone has different speed and strengths and ideas of what they want to do when they’re riding. Basically, I just added 80 watts resistance to the AirHub. I was riding with a group of friends and they were going hard on climbs… and I confess: I was struggling to keep up!

“It’s really good because it opens up a lot of opportunities for me to ride with different people now. I can do that and it won’t affect my training.

“Most professionals will have partners who also want to spend time on the bike; they might want to go for a two-hour ride… and to ride with your partner may not provide quality training usually. With a device like the AirHub, you can put up the watts and before you know it, people who once weren’t able to keep up are now dropping me on a climb.” 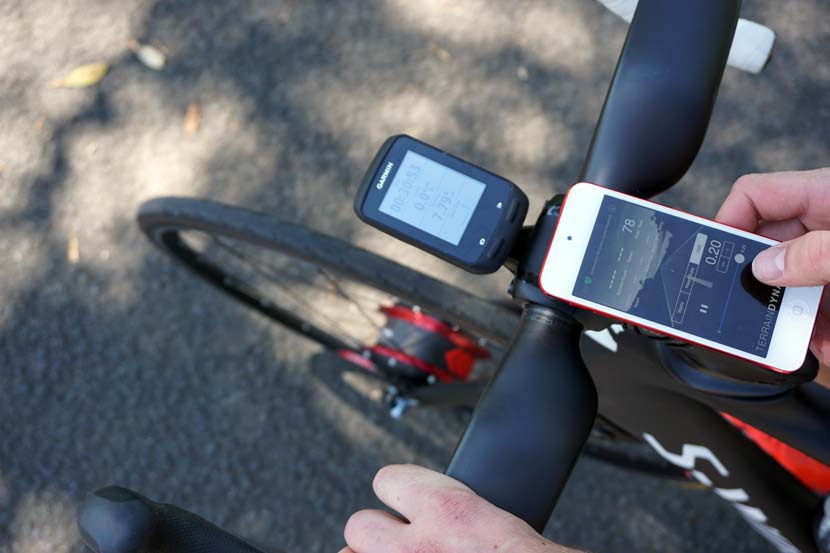 Hansen is a pedantic trainer who is not only strong but also very analytical and he can see a small room for improvement on the AirHub and it relates to the noise that it generates.

“At the moment they’ve got an app – both for iPhone and Android – and you can control it by heart rate or watts. I really love how it operates and it’s nice how you can so easily change your resistance, or just have it based on your heart rate. The only thing is, it is not silent. There is a buzzing noise. That’s the only thing I’d try and change.

“If you’re with your close friends, they don’t mind because they obviously want to train with you so the sound is not such a big deal.” 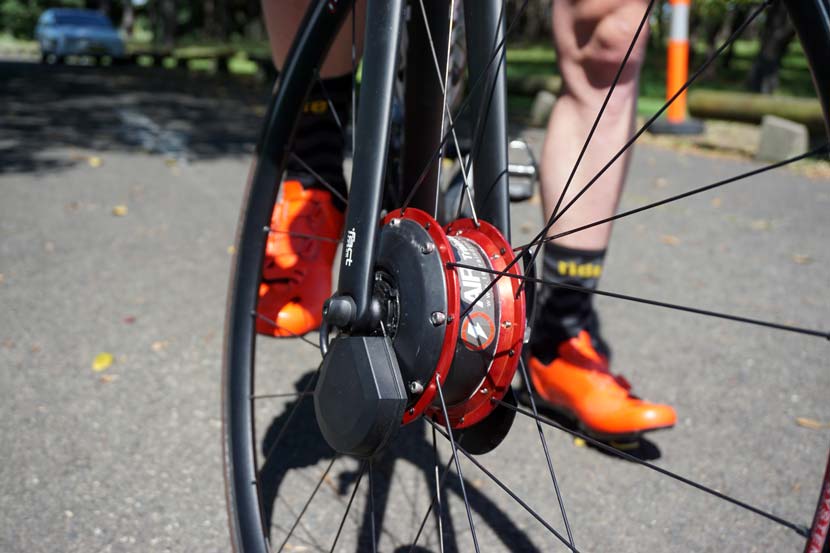 The AirHub is a training tool that Hansen was loaned so Freiberg could get his feedback, but there’s no commercial accord and yet there was plenty of praise and even examples of how and why it’s so beneficial.

“I’m very lucky with where I live in the Czech Republic, I’ve got heaps of climbs to train on. But I can see guys on my team who live in Belgium or areas where its very flat who need to do some type of interval training and they’re stuck.

“Even when I was training a lot in Belgium and I had to do something very simple – just, for example, four five-minute intervals at 400 watts and a cadence of 50rpm… because it’s so flat there I just could not do it. I could not have a proper strength training session as my cadence was too high to reach that power. When there’s no resistance from a climb, you’re spinning too much to do a real strength session. With the AirHub, I could do the prescribed training; I just pump up the watts and have the effect of climbing up a hill only you’re riding on the flat.

“It’s actually a great device and I’m surprised it hasn’t been done before.

“I was always thinking of something like this – maybe adding a disc brake to a front wheel and adding some resistance somehow so I could train with some of my friends… but I never got around to it. The AirHub does all that really well.”

*At the time of printing, the final approvals with the FCC (Federal Communication Commission) in the US was being obtained. This includes certification for the Bluetooth devices. The AirHub pairs with an iPod, iPhone or Android device via Bluetooth. It was uncertain what the cost of the appropriate part would be to ensure approval, but the good news is that it’s significantly less than originally estimated and thus the savings are being passed on to consumers.