As of 26 June 2021 there’ll be a new logo on Team Bike Exchange jerseys. AlUla is what it says, and it relates to a place in Saudi Arabia that is positioning itself as a new cycling holiday destination…

A little over a year ago, it was announced that the Australian-registered WorldTour team – known as Mitchelton-Scott in 2020 – was going to change names. The ‘GreenEdge’ project was apparently set to become the Manuela Fundación. It never happened.

The deal brokered by former Giro d’Italia winner Stefano Garzelli and the founding GM of GreenEdge, Shayne Bannan, turned out to be something of a furphy. The relationship ended almost as soon as it began and the team’s owner, Gerry Ryan, duly made some dramatic management changes. Bannan would be moved on.

After almost 10 years in charge of the team, Bannan was replaced by South African Brent Copeland who, midway through the 2020 season, switched allegiances from Bahrain-McLaren. At the same time, a new team principal was recruited: Darach McQuaid would oversee the future of the Aussie team that’s now known as Bike Exchange.

The name won’t change but the new logo suggests that there’s a significant investment from Saudi Arabia, although the team remains Australian owned and Ryan is still very much at the helm of the project he backed from inception. 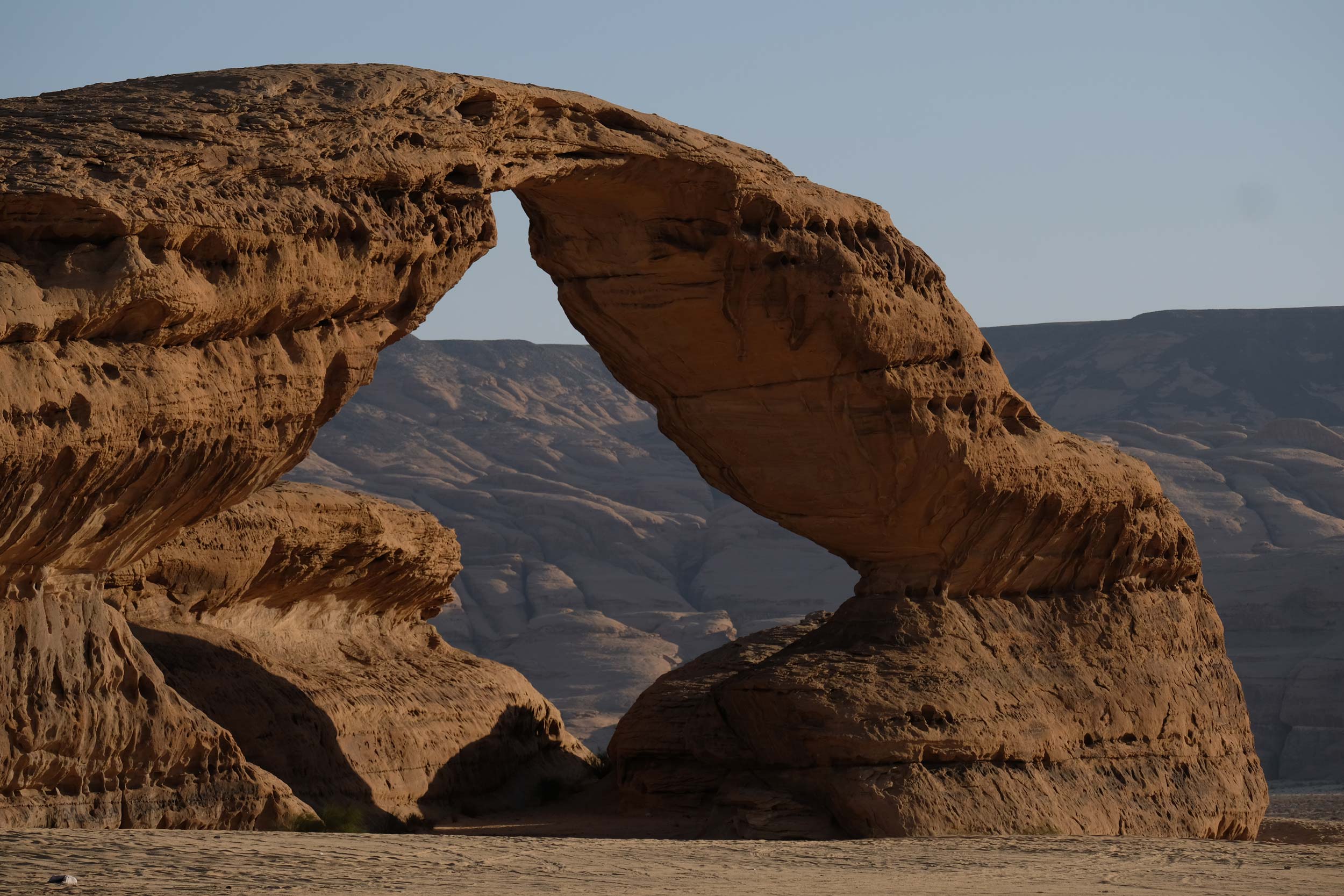 What is the new sponsor?

During a press conference overnight, details of the new partnership with AlUla was announced and although Ryan admits that he’s yet to visit the region, the aim is to promote it as a cyclo-tourism destination.

It has “chosen to partner with GreenEDGE Cycling to introduce the stunning landscape of ancient civilisations to millions of cycling and sports fans around the world.”

“AlUla and GreenEdge Cycling share core values such as sustaining eco-friendly environments and the holistic health benefits of sport for all, and in particular cycling.”

The Tour de France line-up for Team Bike Exchange in 2021 (above).

Ryan is an eternal optimist, and a well-travelled businessman who usually attends the biggest races on the team’s program. He’s a savvy investor but he’s also a genuine cycling fan. Still, it is unlikely that he’ll attend the 108th Tour de France, which begins on Saturday, but he’ll be watching from afar and hoping for a good showing from the team that includes Simon Yates, the third-place finisher in the recent Giro d’Italia.

When travel begins to open up again and Australians can consider an overseas holiday, it seems AlUla will be one of the first destinations Ryan (and others associated with the team) will visit.

“We haven’t been there yet physically,” says Ryan in the release, “but in the last few weeks we have met many people who are working to promote the region and we have seen so many breathless images and videos and I can’t wait for our first opportunity to visit AlUla and discover more about it. We will do our best to support their growth.” 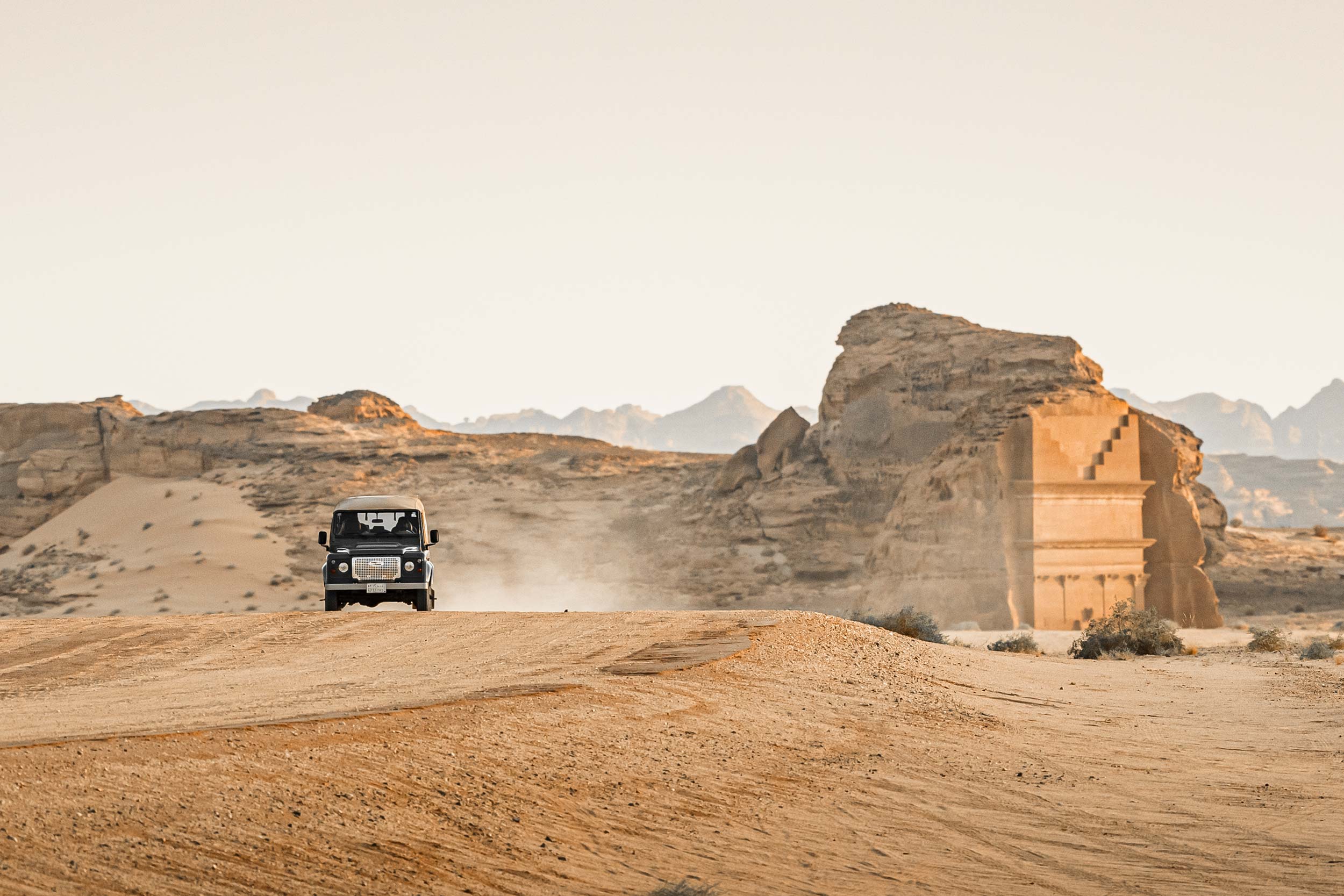 So, although there is a new logo on the sleeve of the jersey and some Arabic script to highlight the new partnership, it remains Team Bike Exchange for Le Tour of 2021, the first race for AlUla as a sponsor.

The value of exposure generated by the Tour de France is not lost on the new sponsor.

“Cycling is a premium sport and offers an invaluable opportunity to communicate the premium AlUla experience, our extraordinary heritage and culture, as well as our efforts to future proof the destination for the enjoyment of future generations of visitors,” says Phillip Jones, the chief management and marketing officer for the Royal Commission for AlUla.

“As a developing tourism destination, AlUla is focused on safeguarding the natural and cultural landscape, sustaining eco-systems and wildlife and developing light-touch tourism experiences. We are excited to work with the passionate team at GreenEdge Cycling in the coming years.” 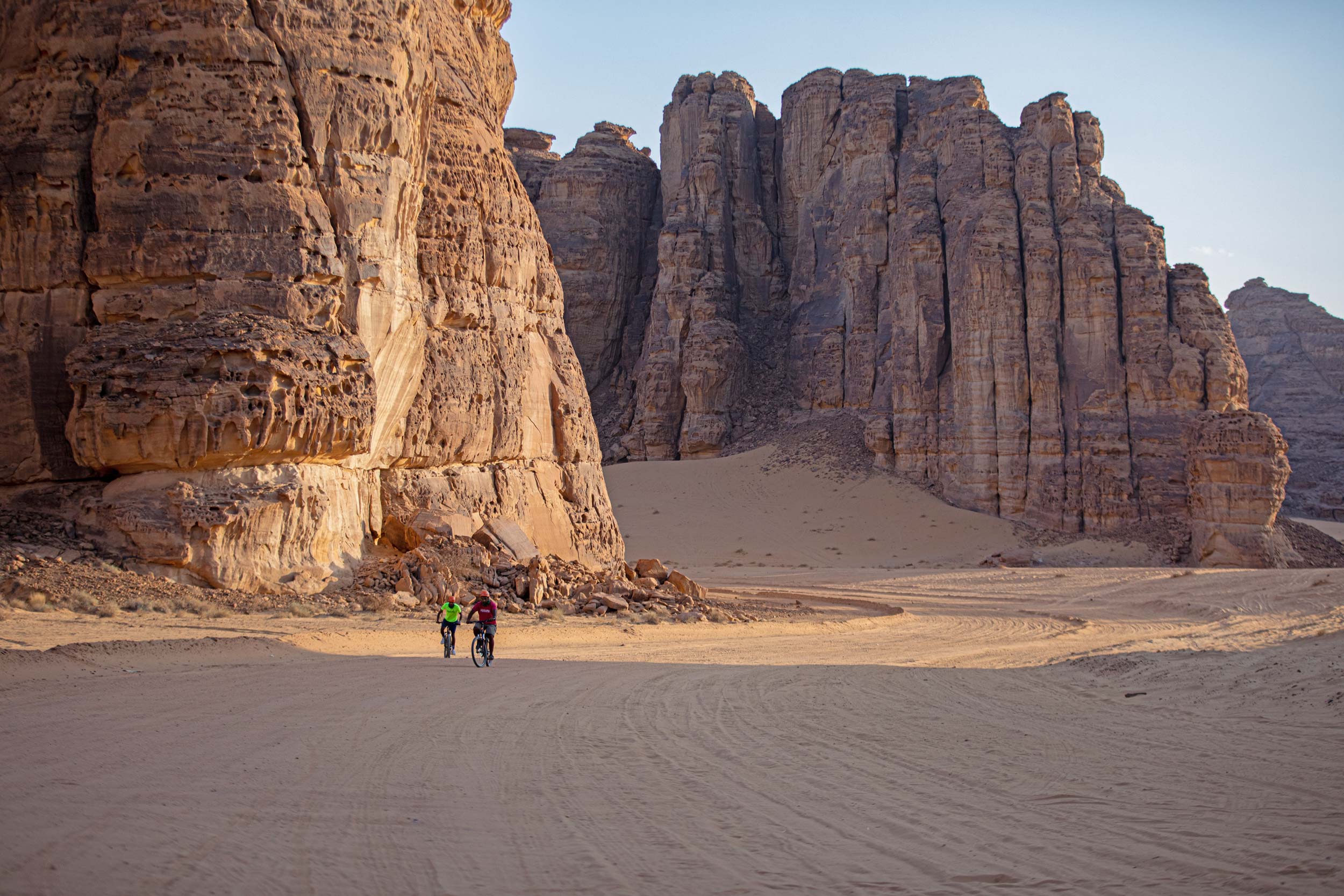 Over the past 20 years, there has been a steady growth of investment in cycling from the Middle East. The Tour of Qatar emerged as an early season race, and now there’s the UAE Tour, Tour of Saudi Arabia, and plenty of other events located in the region.

Both ASO and RCS, the organisers of the Tour de France and Giro d’Italia, respectively, have strong links with the events in the Middle East and the arrival of a sponsor from Saudi Arabia at the Australian World Tour team reminds us that not even a pandemic can halt the growth of interest in cycling from these oil-rich nations.

Ryan – and plenty of other travellers – may never have visited AlUla, but if all goes according to plan, it will be a destination to be considered in the future. With thanks to Team Bike Exchange and the Royal Commission for AlUla, here are some photos showcasing the region and what awaits should you be looking for a different kind of holiday adventure when borders open up again. 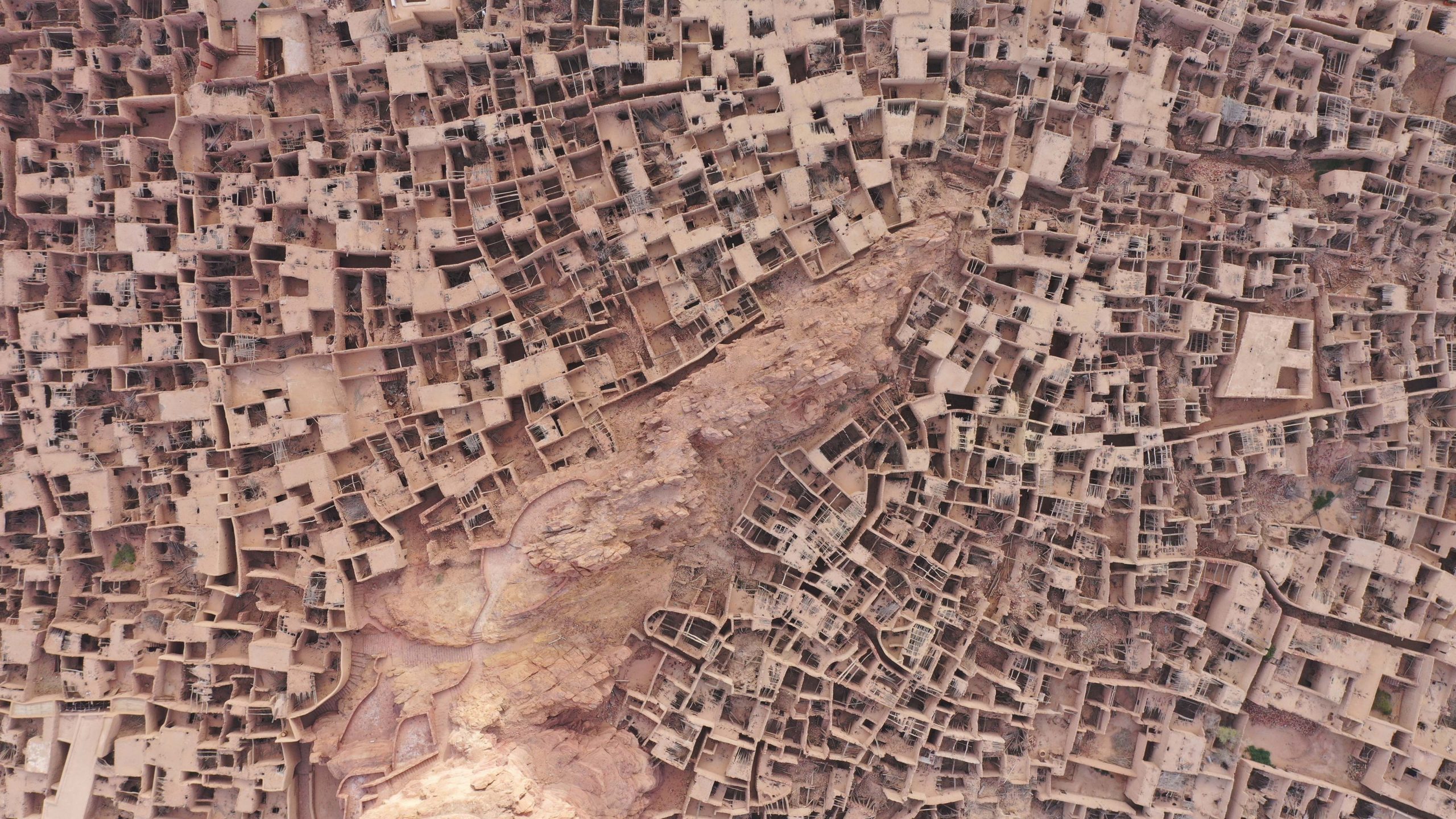 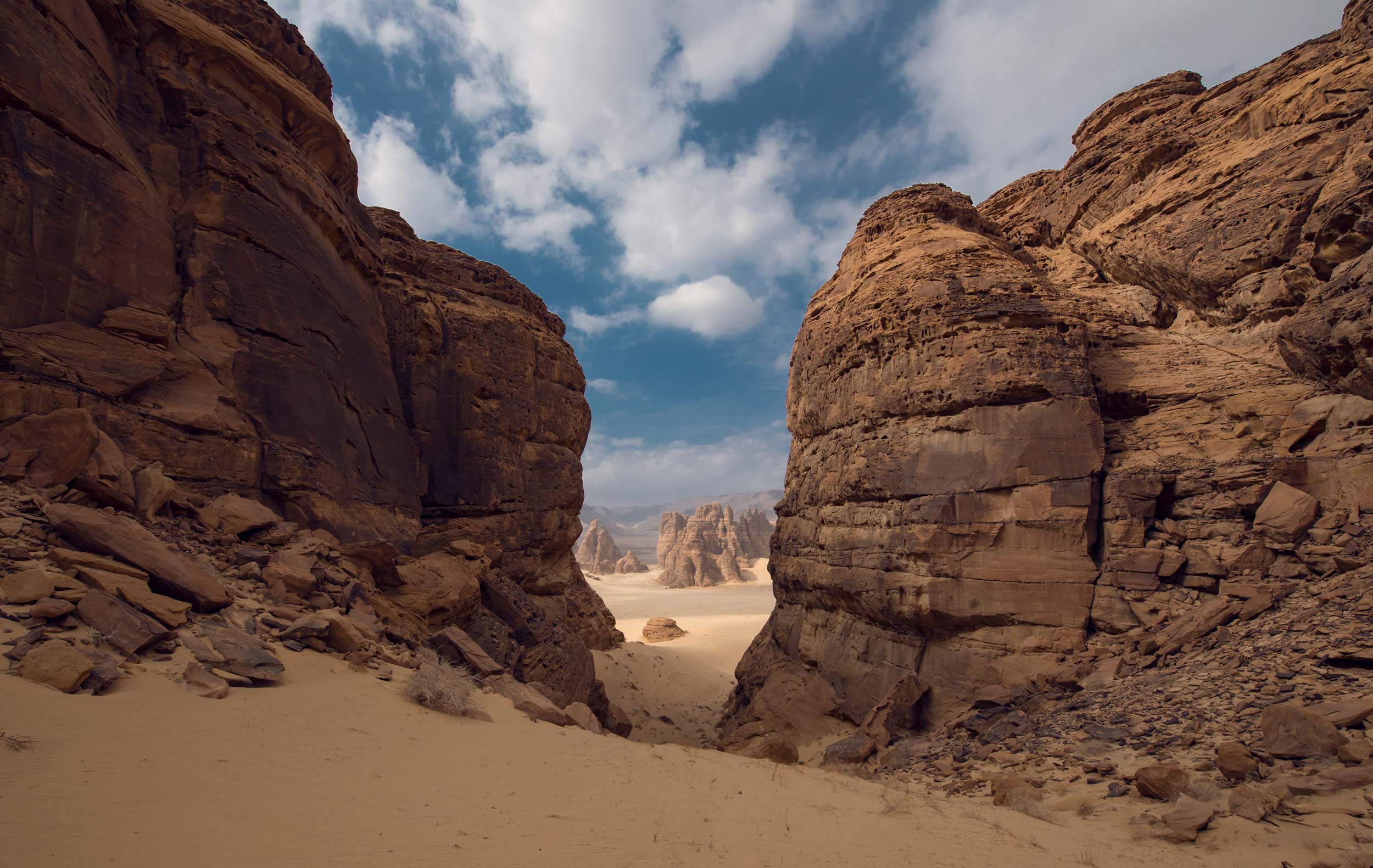 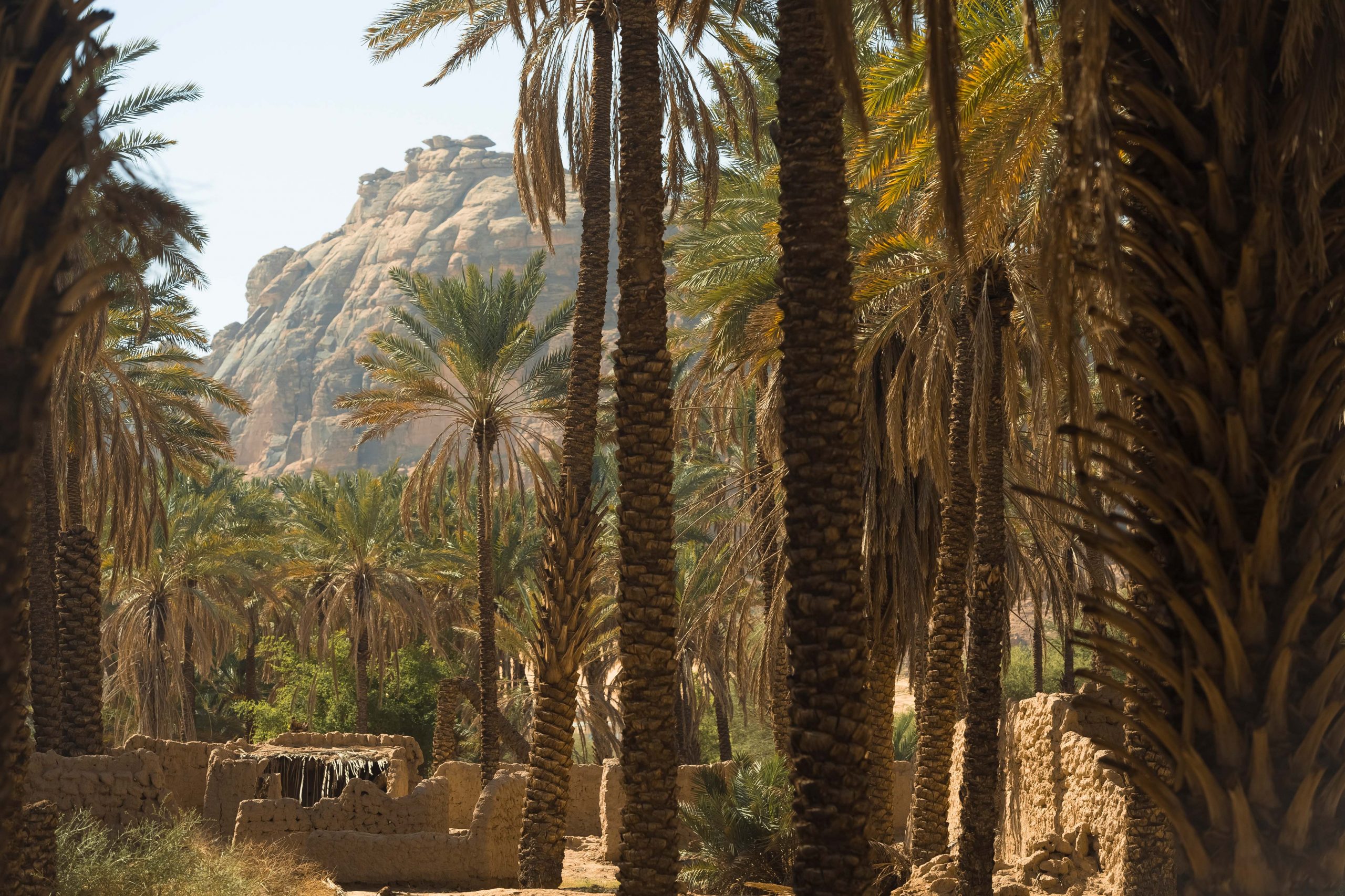