What was Mitchelton-Scott will become Manuela Fundación

Name changes for the GreenEdge team aren’t new. There have even been a few mid-season amendments. In 2020, it’s happening again: what has been known as Mitchelton-Scott will soon become Manuela Fundación. 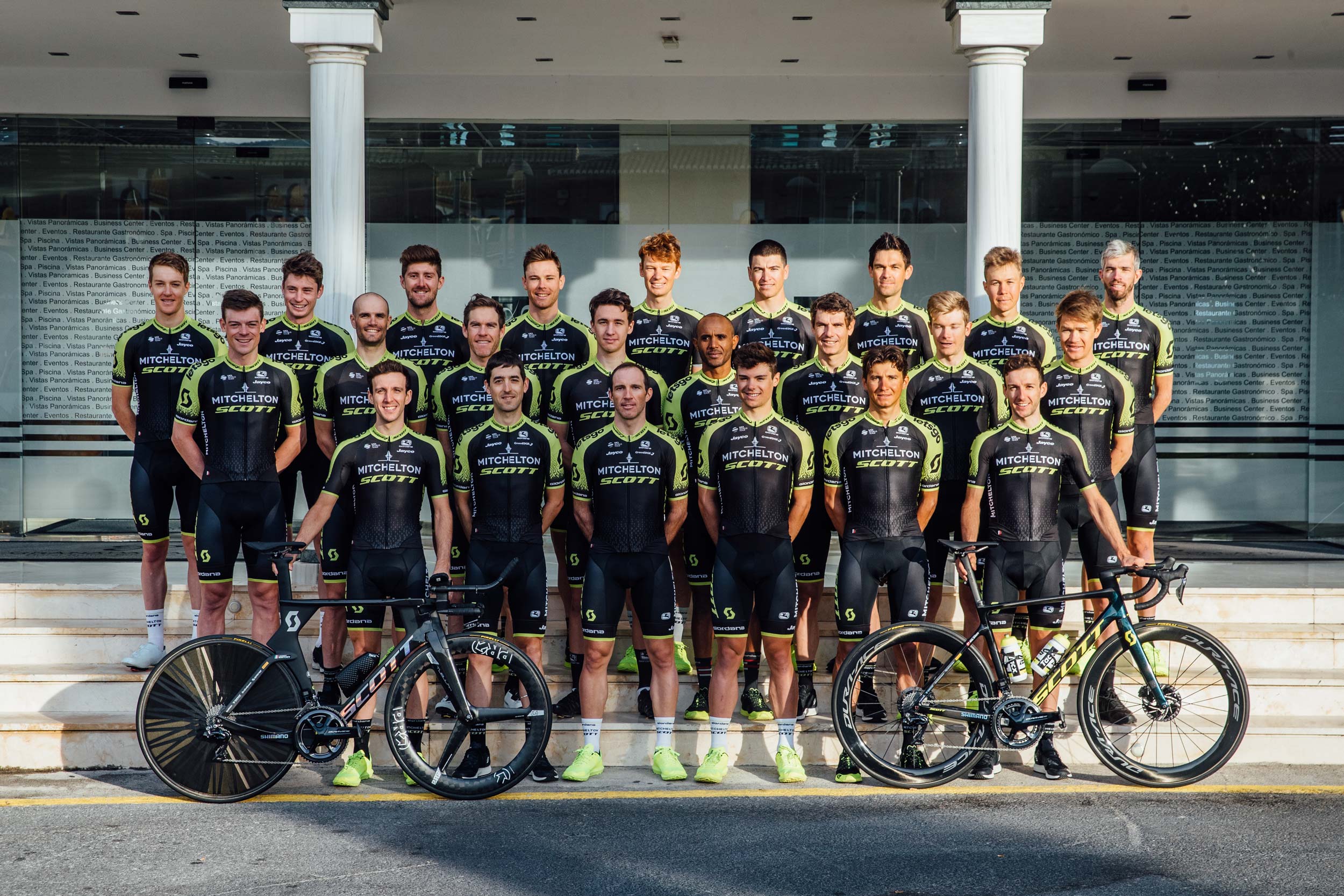 “Hopefully this year, we can announce that we’ve got a major sponsor. What we need to do is go to that extra level.”

For a few years already, Gerry Ryan has been speaking about changes to the team he’s financed since inception. What began as GreenEdge late in 2011 would go on to make its WorldTour debut in 2012 with a cosmopolitan roster and a strong Australian DNA.

In an email issued at 6.10pm on 12 June 2020, the “extra level” Ryan has been hinting at for months was revealed. It’s called the Manuela Fundación.

The next time you see the team racing, the black and yellow jersey we’ve known – the one with Mitchelton and Scott logos positioned in the centre of the riders’ chests – will be replaced with a black and pink one.

“We are thrilled to have the support of Mr Francisco Huertas and the Manuela Fundación to ensure our future in 2021 and beyond,” says Ryan in the introduction to Huertas and the Spanish entity that will now take on naming rights of the Australian-registered WorldTour team.

“We have always believed in our product and values as a team for [prospective] partners, but the significance of this long-term deal is not lost on us, especially considering the recent hardships of not only the cycling world and sports industry, but the wider world’s health and economic climate.”

More will obviously be revealed in the coming weeks and months as we look towards a resumption of racing. The release offered a brief introduction to Huerta and his wife, Maria Angustias González, stating that the additional finance will come from personal funds.

It is the latest chapter in an ambitious story about how Australian cycling finally entered the top-tier of the pro peloton with a unique approach, a larrikin façade, and with committed staff and riders.

“It’s an incredible opportunity and an honour to be able to reach this agreement,” Huerta says in the release.

“We want to thank Gerry Ryan for all of his work and contribution so far, which has taken the team to its best. Now we will continue to boost this legacy and give great joy to the fans of this sport.”

Since its inception, the team has changed names several times. Starting out as GreenEdge in January 2012, it became Orica-GreenEdge midway through its debut season. For some races, it switched to Orica-BikeExchange (but was never formally called that, despite changes to the jersey design) and then Orica-Scott.

That initial naming-rights agreement with Orica ended after 2017 and Ryan nominated a brand from his portfolio of companies to grace the jersey alongside the bike manufacturer that has been a partner of the team since inception.

Mitchelton is a winery but also a boutique hotel in Victoria’s Goulburn Valley. There are strict regulations about sponsorship by companies with links to alcohol in countries like France, so care was taken to ensure the branding linked with the hotel (not the wine). The teams – both men and women – have been known as Mitchelton-Scott since 2018.

“Our budget is about the 10th [highest],” Ryan told RIDE Media in January, “and we’re number-one in women’s and… number-five in men’s. So, I think we punch above our weight.

“Hopefully we can therefore go to a bigger budget and some more sponsorship and go that next level.”

And that’s where the Manuela Fundación comes into the picture.

“The long-term agreement comes as welcome news in a difficult period for the global sport industry,” states the official release that was issued in both English and Spanish.

Ryan says the arrangement is for “2021 and beyond” but that’s about as specific as it gets.

The original GreenEdge line-up for the men’s team included riders from 10 countries, with 17 Australians of the 31 original recruits. The other nations represented on the roster in 2012 were included: Switzerland, Japan, New Zealand, South Africa, Latvia, the Netherlands, Canada and Eritrea… a diverse mix but there was no Spanish representation eight years ago.

In 2020, there is just one Spaniard on the roster of the men’s team, Mikel Nieve, and no Spanish women.

We wait to see if this Aussie outfit changes more than just its jersey in the coming months and years but for now it is an early example of investment arriving in pro cycling at the time of the pandemic. It’s a positive sign and it’ll be interesting to find out more of what the Manuela Fundación is all about.

For now, we know the new team name and the names of the couple who are adding investment to it… but not a lot more. By 4 October 2020 more should be revealed as this is when the Manuela Fundación will officially launch. There is a bold statement about the intentions but it’s also rather vague. “The aim of the Manuela Fundación is ‘to help create a more supportive world’.”

It’s a positive concept at a difficult time.