When Ben O’Connor wins a bike race, he does it in style. He’s done so again on a mountain top finish in the Volta a Catalunya, beating Juan Ayuso and Nairo Quintana at La Molina to take the lead on GC.

It has been a big week for Australian cycling and the show continues at the Volta Ciclista a Catalunya, the fourth WorldTour stage race of 2022. On the opening day, Michael Matthews won a stage with a rapid and well-timed final acceleration to claim the first leader’s jersey.

In stage two, Matthews led out his BikeExchange-Jayco team-mate Kaden Groves in a sprint, netting the 23-year-old his first WorldTour victory, edging out Phil Bauhaus in a tight finish.

And, to keep the momentum flowing for Aussie cycling, Ben O’Connor has climbed his way into first place in stage three with a long-range attack that showed how strong he is when the terrain gets tough. The West Australian from AG2R Citroën Team is now in the lead of the general classification with an advantage of 10 seconds over the runner-up at La Molina, Juan Ayuso of UAE Team Emirates, and 12 seconds ahead of Nairo Quintana.

“I was sick and I had to abandon Paris-Nice, which was one of my early season goals,” O’Connor explained after stage three. “I approached this week with confidence, though, because I knew that my form was there.

“Today, I didn’t expect to finish alone because I believed that other guys would be able to follow me. But I decided to try my luck in the finale and it worked.”

O’Connor continues his upward trajectory as a GC rider, a man for the mountains, someone capable of pulling off a big win when it matters. He did exactly that at the Tour de France in 2021 when, on debut in Le Tour, he attacked on a miserably wet day and soloed to a fine stage win in the Alps and moved up to second place on GC.

He would finish his first Tour in fourth place overall and, in so doing, add his name to the list of challengers for cycling’s most coveted title.

The quest for success continues and although the season didn’t begin as O’Connor would have liked, the victory in La Molina – after a 7.9km solo effort on the final climb – will give him and his team confidence for what is yet to come in 2022. 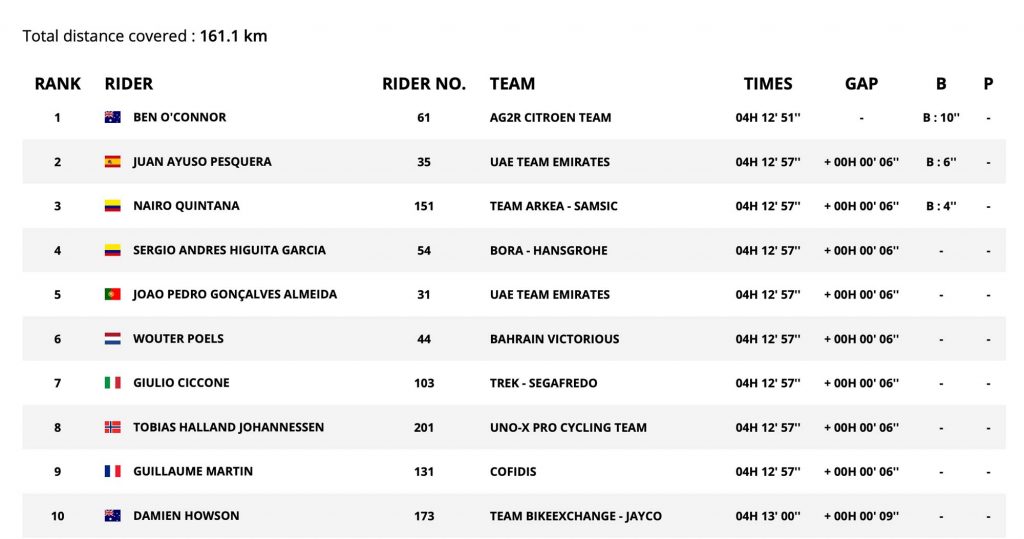 “It was not necessarily a climb that suited me,” O’Connor continued. “I like the high mountains. I knew I had to be smart to follow those who would attack.”

When he won in Tignes last July, O’Connor was battling a couple of Colombians – Quintana and Sergio Higuita – for the Tour stage win. And that same pairing is poised to challenge him in the stages that are yet to come in Catalunya. Quintana is ranked third on GC (at 12 seconds) and Higuita fourth (at 16 seconds).

It’s a result that is significant in its own right and it has come at the right time of the year. This win by O’Connor proves that he’s on track for another strong performance when cycling gets a little more attention in Australia than it does in March. Still, those who know bike racing know that winning in the Volta a Catalunya isn’t easy.

“Every year I set myself a little goal to win and it’s nice to get it done early in the year,” said O’Connor in the post-race interview.

“I’ve been very confident this week because I know that my form is there.

“I didn’t expect to be solo. I was hoping some guys would come with me but, in the end, I just had to go myself and I was lucky to hang on.

“It’s a climb that suits me. I think I can hold my own on the big mountains. I just have to be smart tomorrow to follow who attacks.

“It’s up to other teams to make the race hard.

“It’s a tricky race and there’s always and always super hard but I’ll do my best and I’m confident that I can hold the lead.”

Three cheers to the trio of Aussies who have started the Spanish race in a winning way. There’s more to come but Michael, Kaden and Ben should know that we’re certainly paying attention now.

Results from Volta a Catalunya (via LeTour.fr) 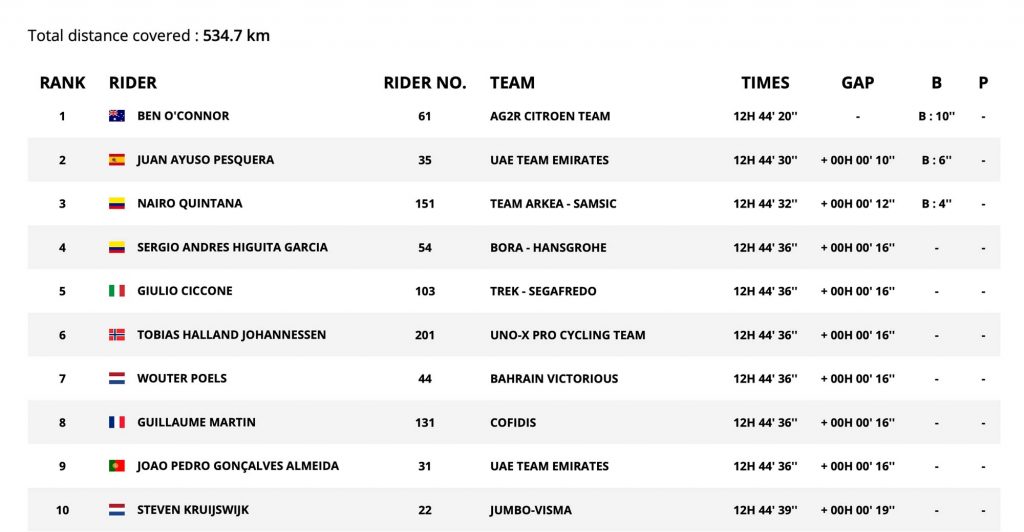