Again, tubeless tyres are the talking point of a product review. This time, it’s because of a switch of wheels, from Zipp 303s to ENVE’s G23 with its wide rim profile and need for very low pressure…

– ENVE G23 wheelset videos: click the links below to watch the unboxing and workshop sessions –

The box had been sitting in the office for months. I’d pulled ENVE’s G23 wheels out (during an unboxing session) just once, glanced at them, noted their light weight and the absence of a SRAM-specific XDr freehub. After the initial inspection I packed them up again… and kept riding the Zipp 303s wheels that were part of the Cervélo Caledonia’s original build.

I’ve been keen to try the ENVE wheels for months but, frankly, just never got around to getting them ready to ride.

Finally, I sourced the XDr driver and booked time in the Velofix workshop. This week, Archie prepped the wheels and it’s a case of ‘Goodbye Zipp, thanks for the memories. Hello ENVE!’ 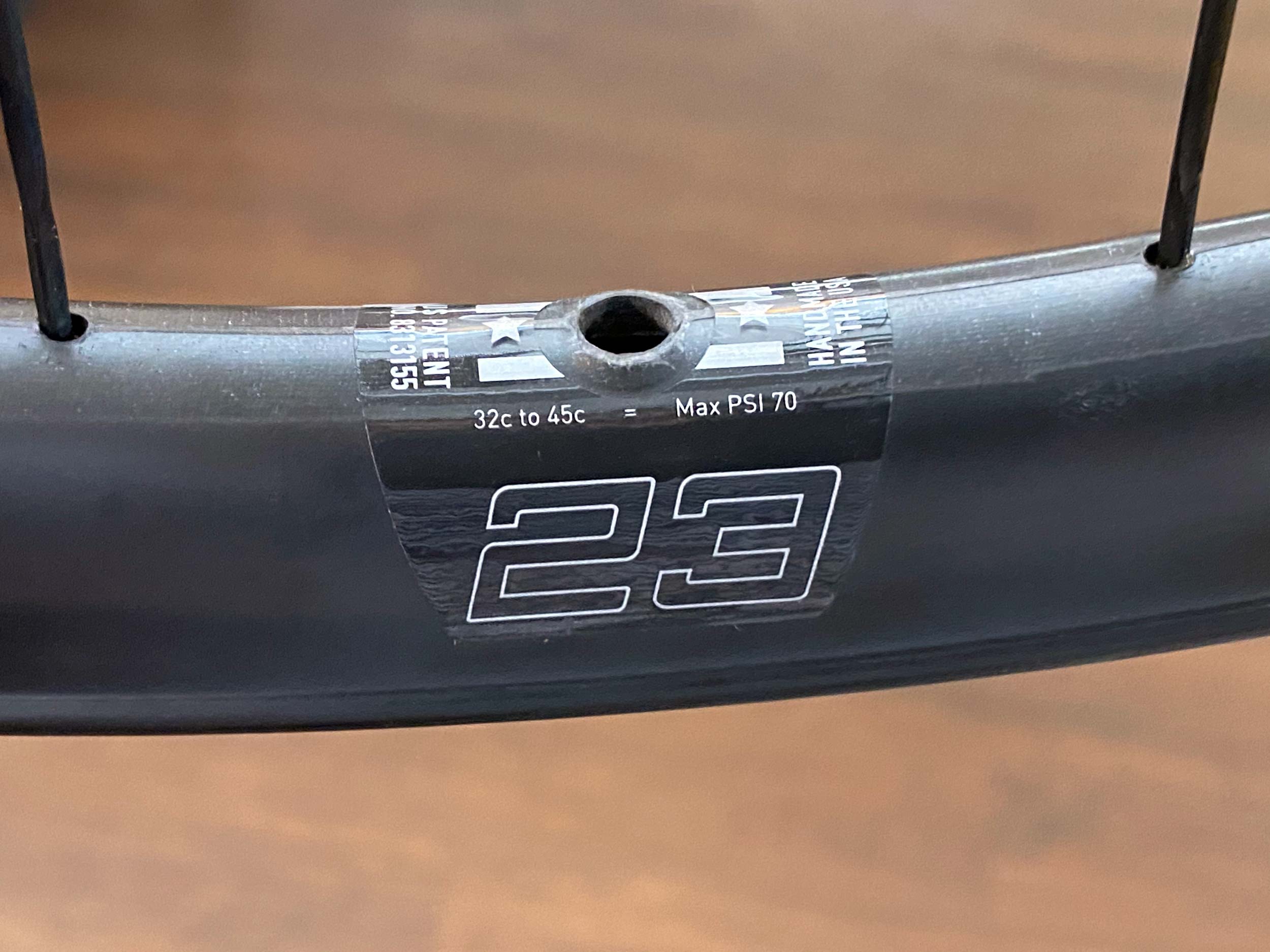 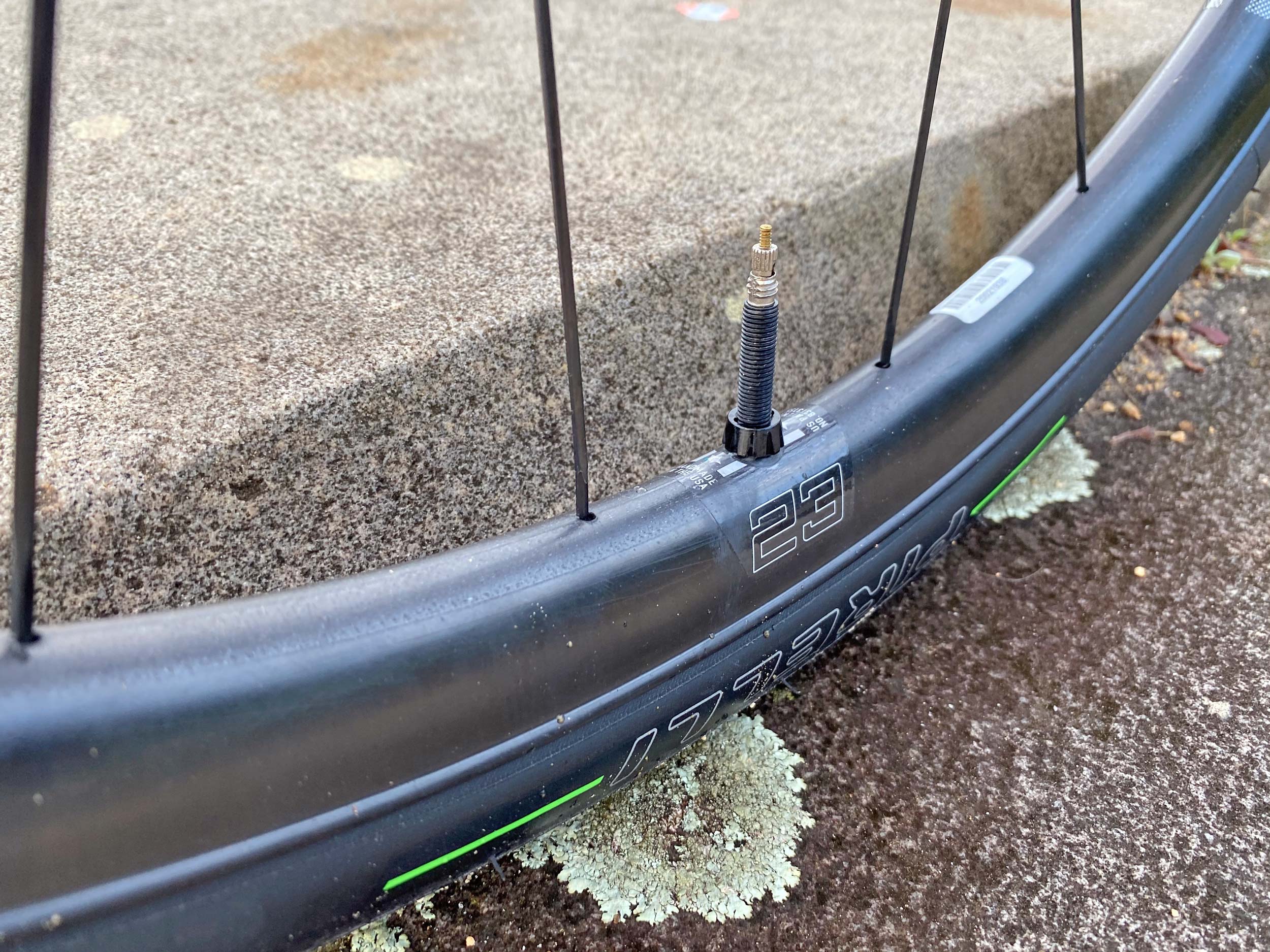 While reporting on the build for the bike, and the first tubeless fitting of Pirelli’s Cinturato tyres, a viewer commented: “Be careful with that combo, Pirelli Cinturatos were not designed for hookless rims like the 303s.”

Well, that’s not quite true. There is an instruction stating that on the box my tyres came in, but Pirelli has clarified the matter with me, explaining that if the tyres are inflated as per recommendation by the wheel manufacturer, and fitted correctly, they are compatible with hookless rims.

There’s more to this story, but the paraphrased version is this: tyre standards – particularly at this time of rather dramatic innovation and/or changes in thinking about road bikes – are changing all the time.

In August 2020, there was a review by Pirelli (and the ETRTO, European Tyre and Rim Technical Organisation) and the outcome is that the Cinturato tyres can be used on some hookless rims. (RIDE Media has an interview with a Pirelli product manager booked, and his explanation will be published soon.) 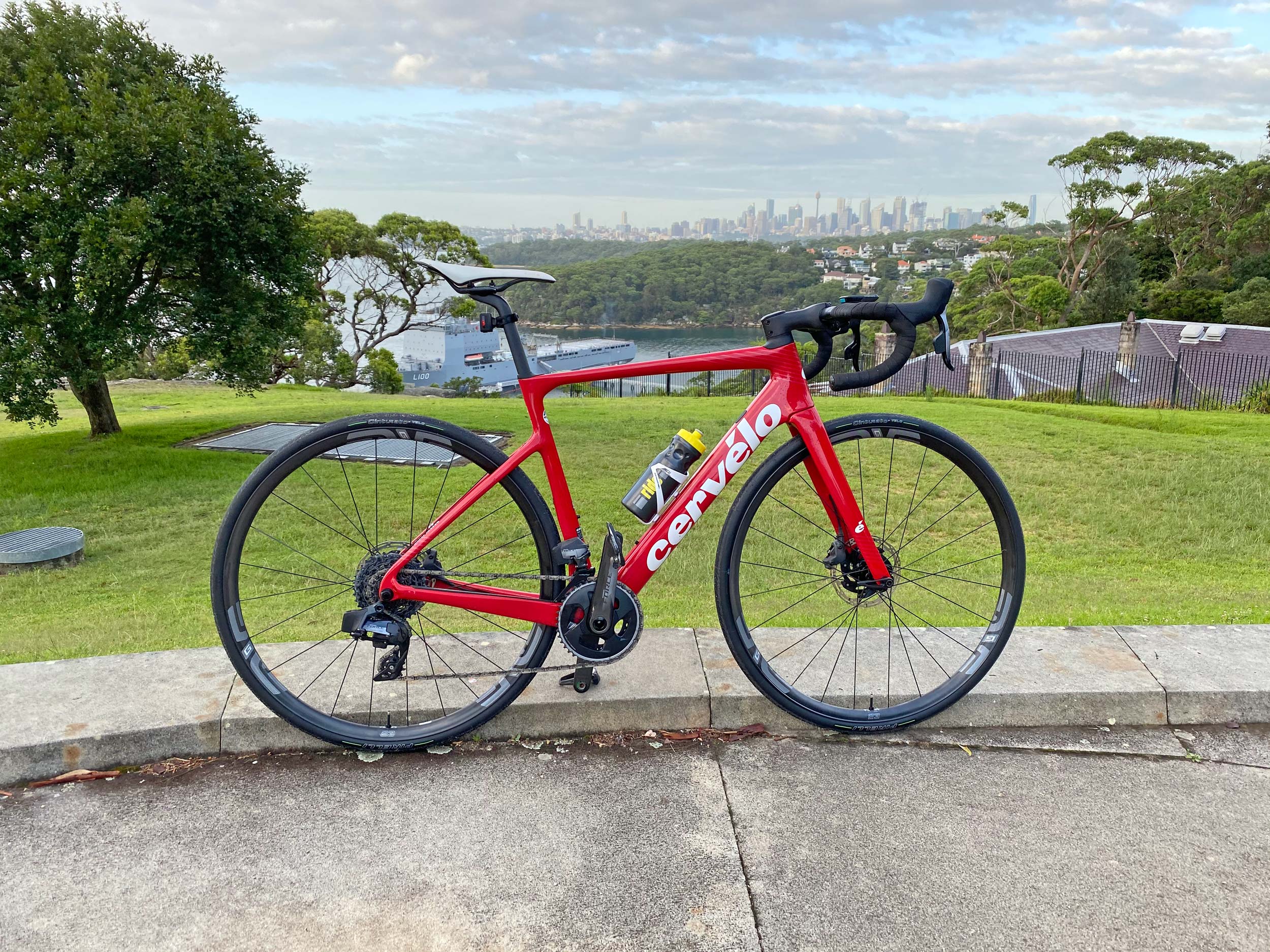 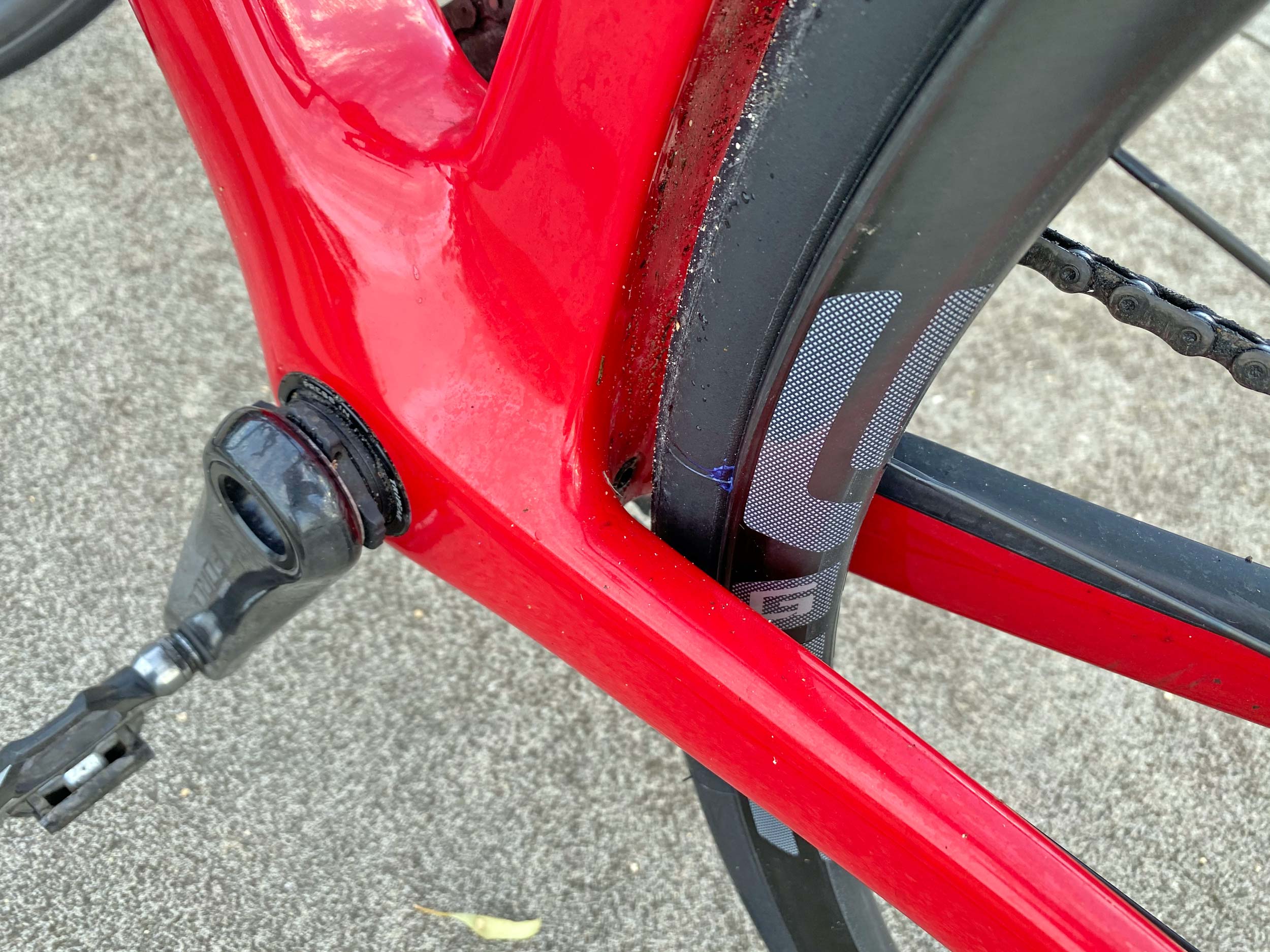 On my way to the workshop to do the wheel change, I picked up some Schwalbe Pro One (30mm) tyres with the distinct orange sidewalls. The reason was: if the mechanics believed the ENVE G23 wouldn’t suit the Cinturato tyres, I’d have another option. But it never came to that, and I’m pleased because the intention of this switch was to try and ascertain the difference in ride characteristics of the wheels… while retaining the same parts as used on the Zipp 303s wheels.

After a consultation in the workshop, and a discussion with the Pirelli product manager, Tanya Booker at FE Sports, it was agreed that we’d go ahead with the Cinturato fitting. 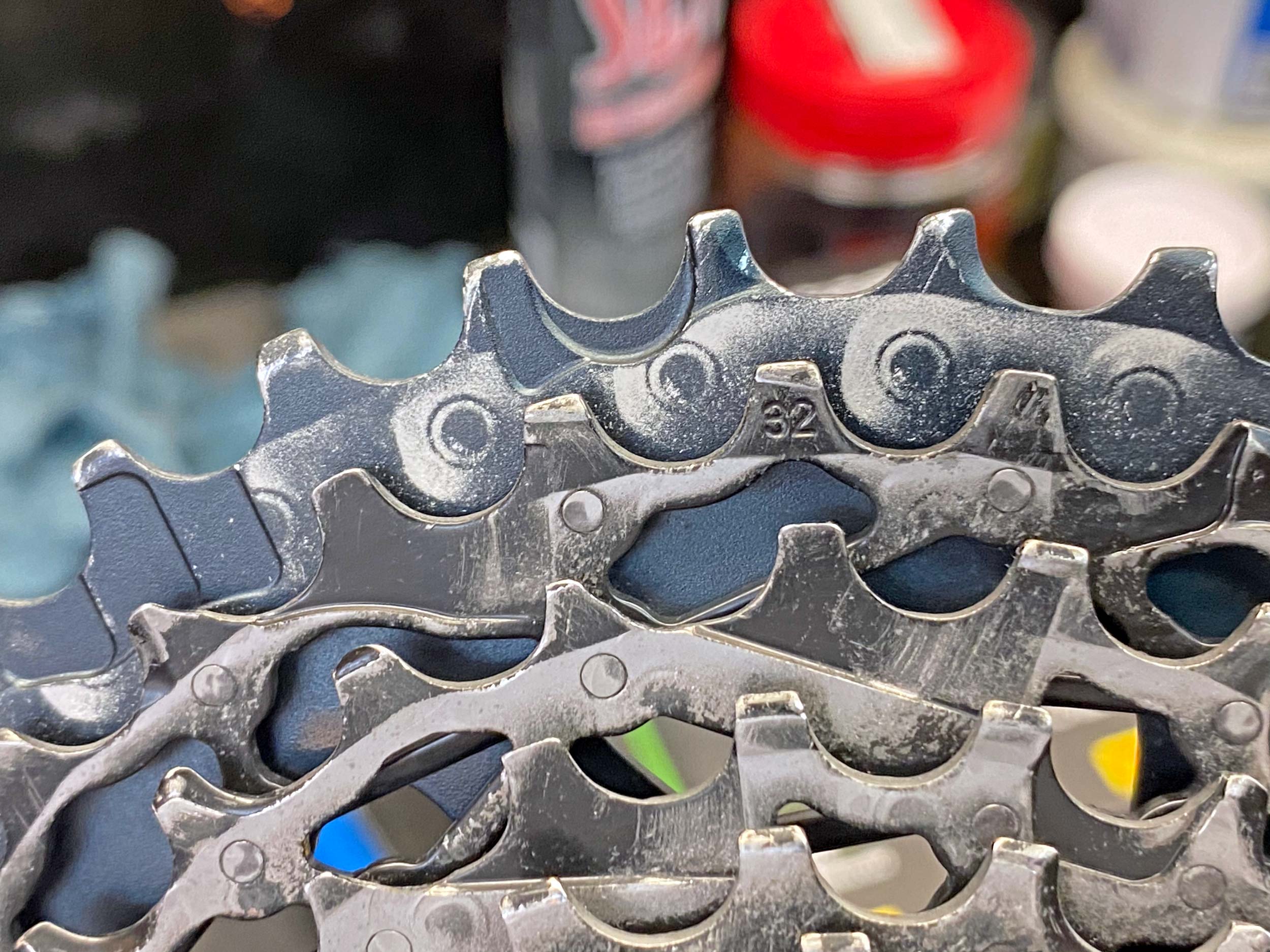 This is the SRAM Force 10-36 cassette after ±4,000km of riding. It was degreased before this photo and you can see the silhouette of the chain on the 36t… 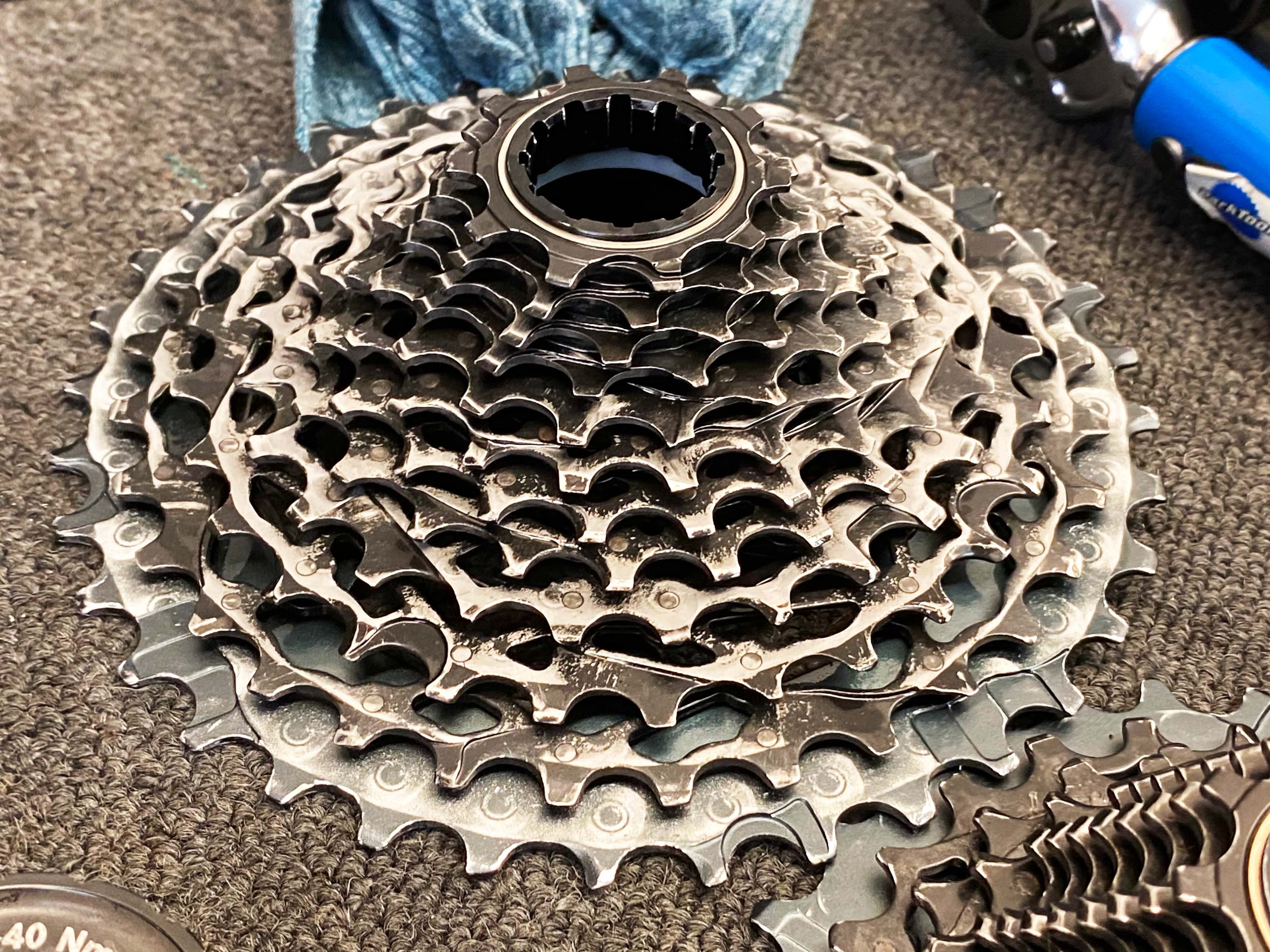 Archie demonstrates the tubeless tyre application, adding four squirts of sealant because of the oversized nature of the rims (versus the three squirts in the Zipp wheels a few months ago). He noted the rather tight fit of the tyres on the ENVE rims, slightly more difficult to apply than with the 303s wheels, and he finished the job.

Again, I’ll be riding with a 10-36t SRAM Force AXS ‘Wide’ cassette, one that has been used for around 4,000km of riding. And again, SRAM rotors will be used for braking. 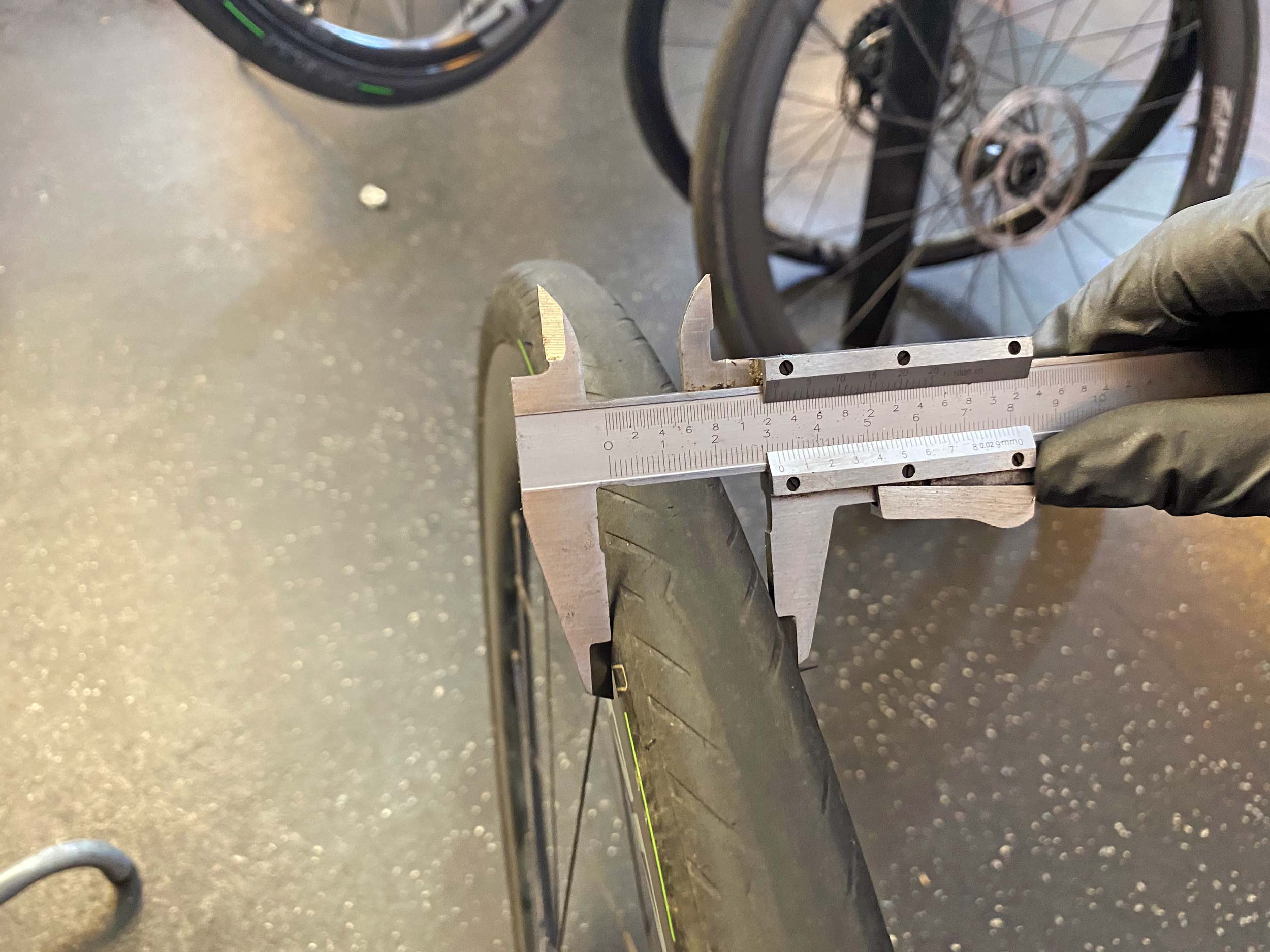 Old (above) and new (below); Pirelli Cinturato tyres on Zipp 303s and ENVE G23, respectively. 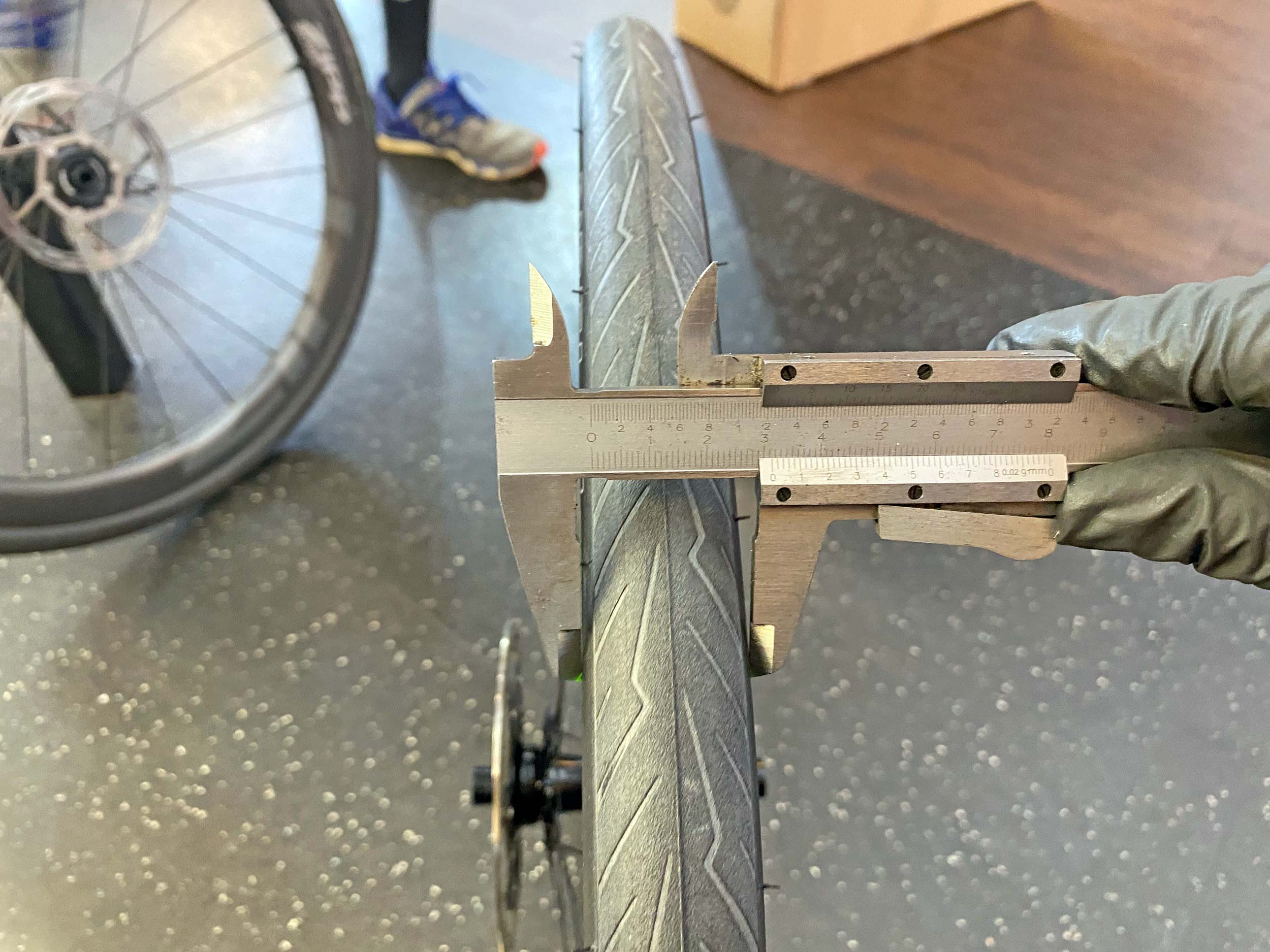 It’s worth noting a few things about the first stanza of riding on the Cervélo Caledonia bike, all of which was done with the Zipp 303s wheels and Pirelli Cinturato tyres. 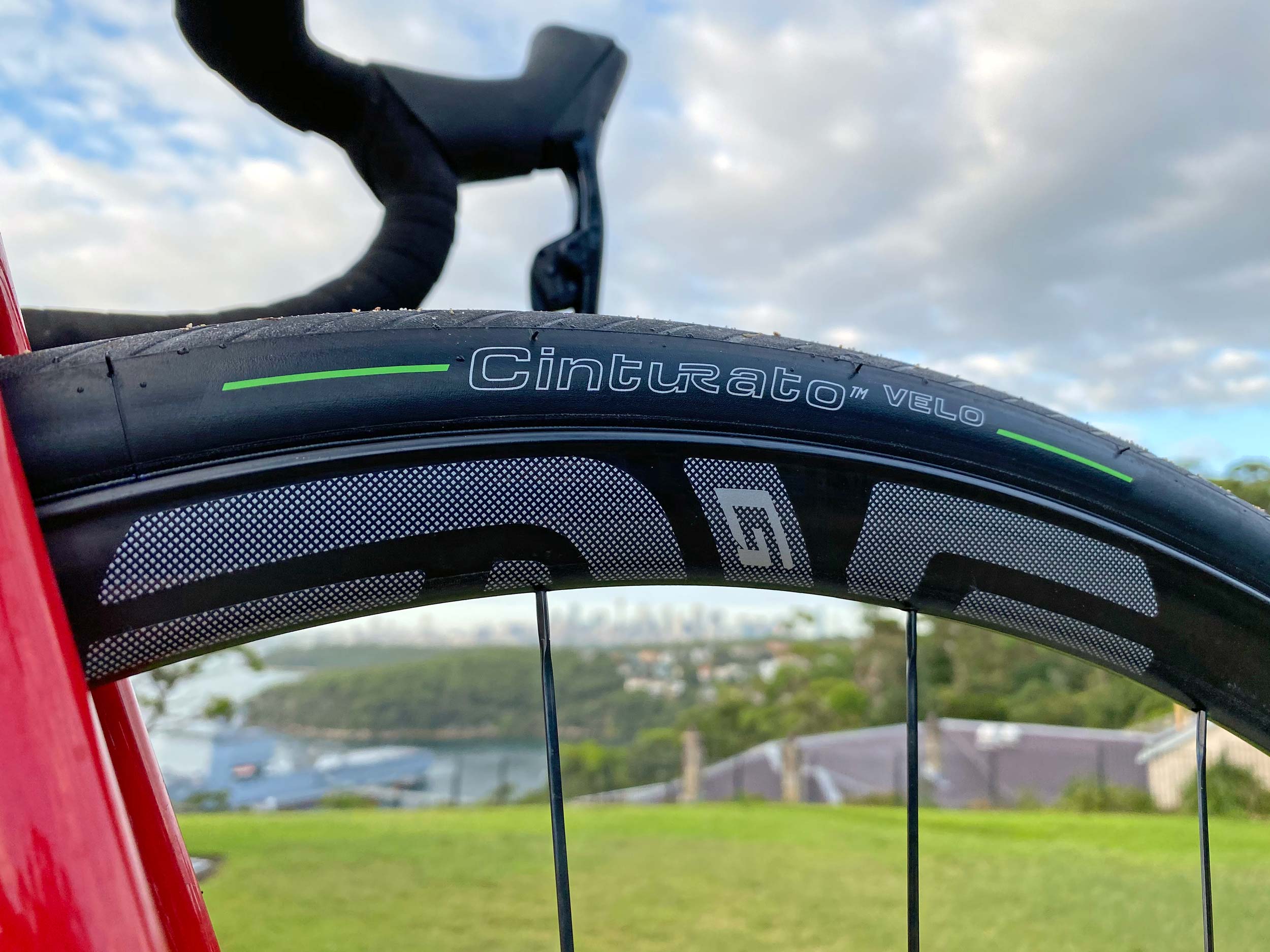 After fitting the tyres to the new ENVE wheels, we did a rushed weigh-in of the two sets of wheels and it confirmed that the new set saved some weight. Initially, it seemed that the difference might have been as much as 400g per wheel, but that was a miscalculation (thus Archie’s comment at the end of the workshop session that we’d save “almost a kilo”).

In reality, with time to patiently place the completed wheels on the scales (ie. with rotors, cassette, tyres, sealant, rim tape and valves), the difference is this: 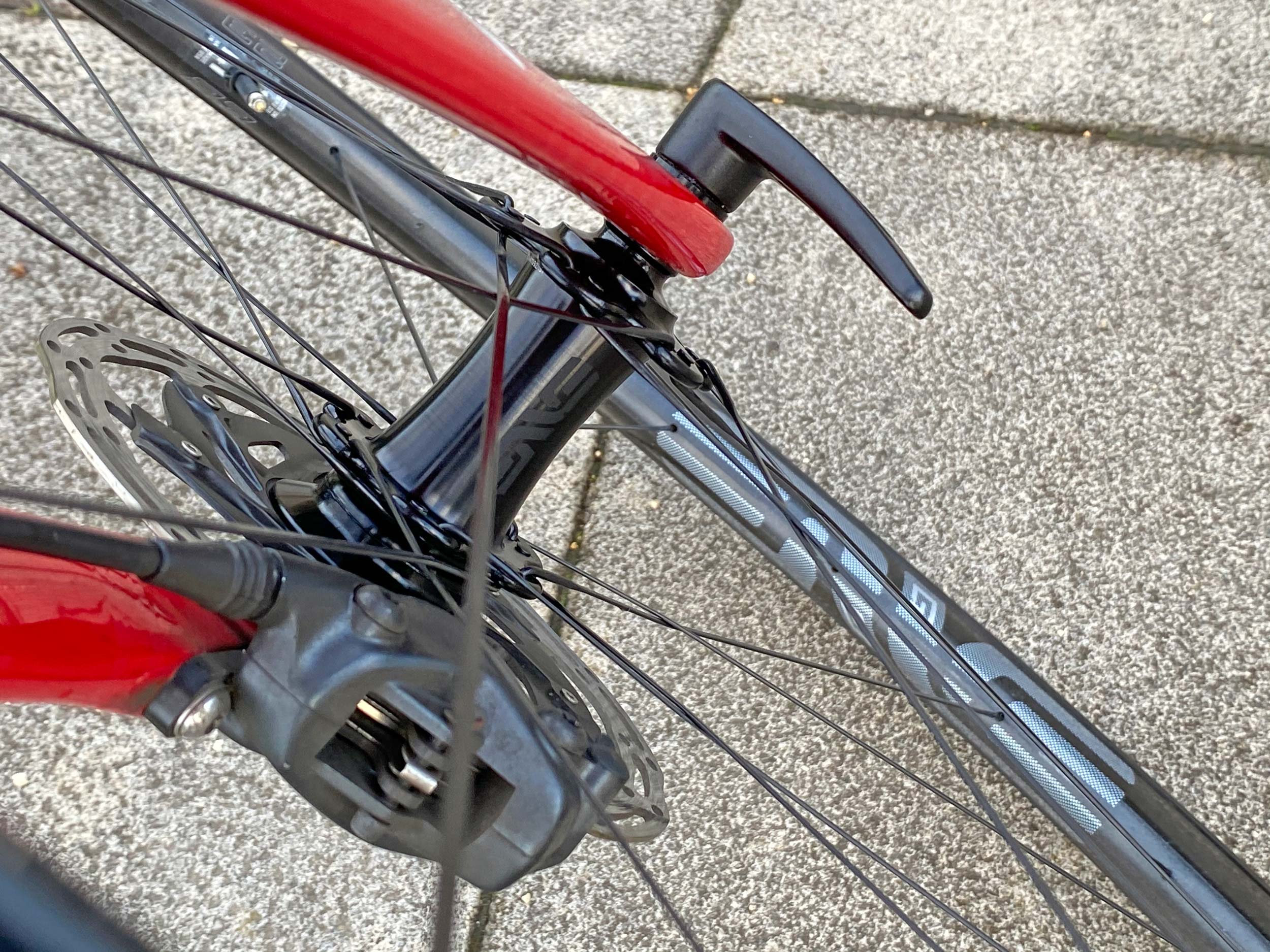 It’s early days but I’ve had a couple of rides (±100km) on the new wheels and tyres. I’ve got a very positive feel about the way this package handles.

The first adventure was done in slightly wet conditions, when the tyres still had that fresh-from-packaging sheen on them. It took about 20km and a range of surfaces – including a tiny stretch off-road – to rub off the gloss. Once that was gone, the tyres come to the party and provide plenty of grip in corners.

Until that happened, however, I was cautious about ripping into turns, particularly on wet roads with new brake pads and on wheels I wasn’t yet familiar with.

By the second ride, all hesitation was gone. In the dry, with the sheen rubbed off and with a few kilometres under the tread, it was a joy to ride.

Fast, without any sensation of the larger-than-usual road tyres slowing me down. In fact, without skimming over some surfaces, it really did feel as though I wasn’t wasting effort. Still, as you’ll see in my #FirstRide video (coming soon), I wondered how much of the sensations I was feeling were the result of a visual placebo trying to convince me that the difference in wheels was really discernible.

Of course, there is a difference between the 303s and the G23 wheels but, I’m pleased to report, that speed is easy to achieve on both; in fact, it even seems as though the ENVE offering got going faster, easier. Again, it’s early days… so no conclusions drawn yet. 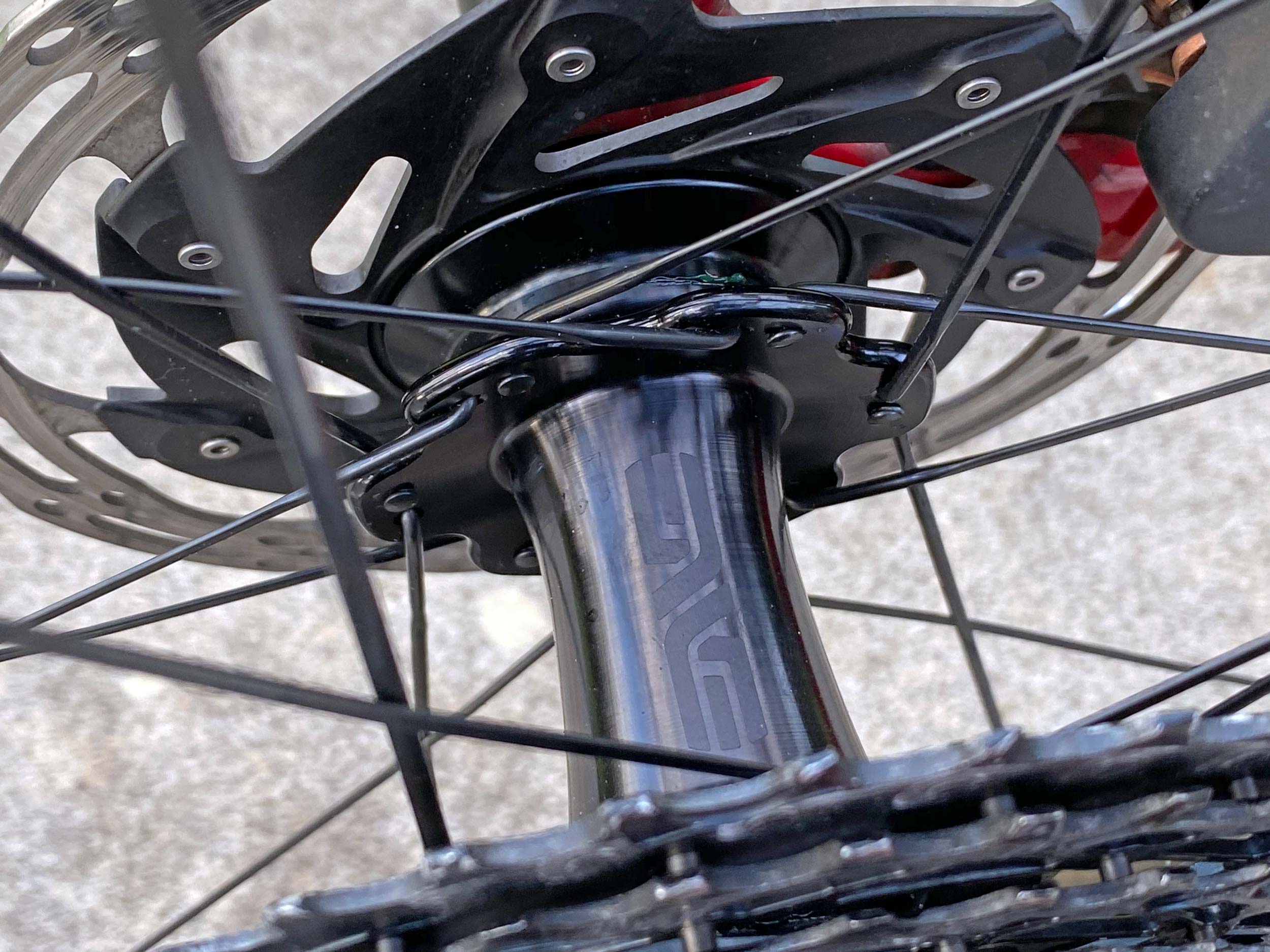 This wheel change is proving to be a particularly worthwhile exercise, largely because I had the mindset that I think a lot of road cyclists will have: that the low-pressure suggestions seem too far-fetched to be practical, that I’d actually sneak in a little more air, that I’d eventually go back to what I’ve known… but that’s wrong.

I’m converted to this kind of thinking. The tubeless experiment has changed how I think about road bike tyres and I can’t imagine going back to my old set-up (ie. narrow tyres, inner tubes, higher pressures, etc).

As I’ve said in videos already, the tubeless arrangement – allowing low pressure and bigger bag tyres – is one of the most dramatic changes to my bike set-up in years. It is also something I genuinely believe makes the ride more comfortable and more efficient.

I’m not deliberately striving to save watts or go faster, but it’s happening. There’s more than that too, because I’m now leaning through corners at speeds I’d not have dared try before. I’m confident and comfortable… and, obviously, converted. 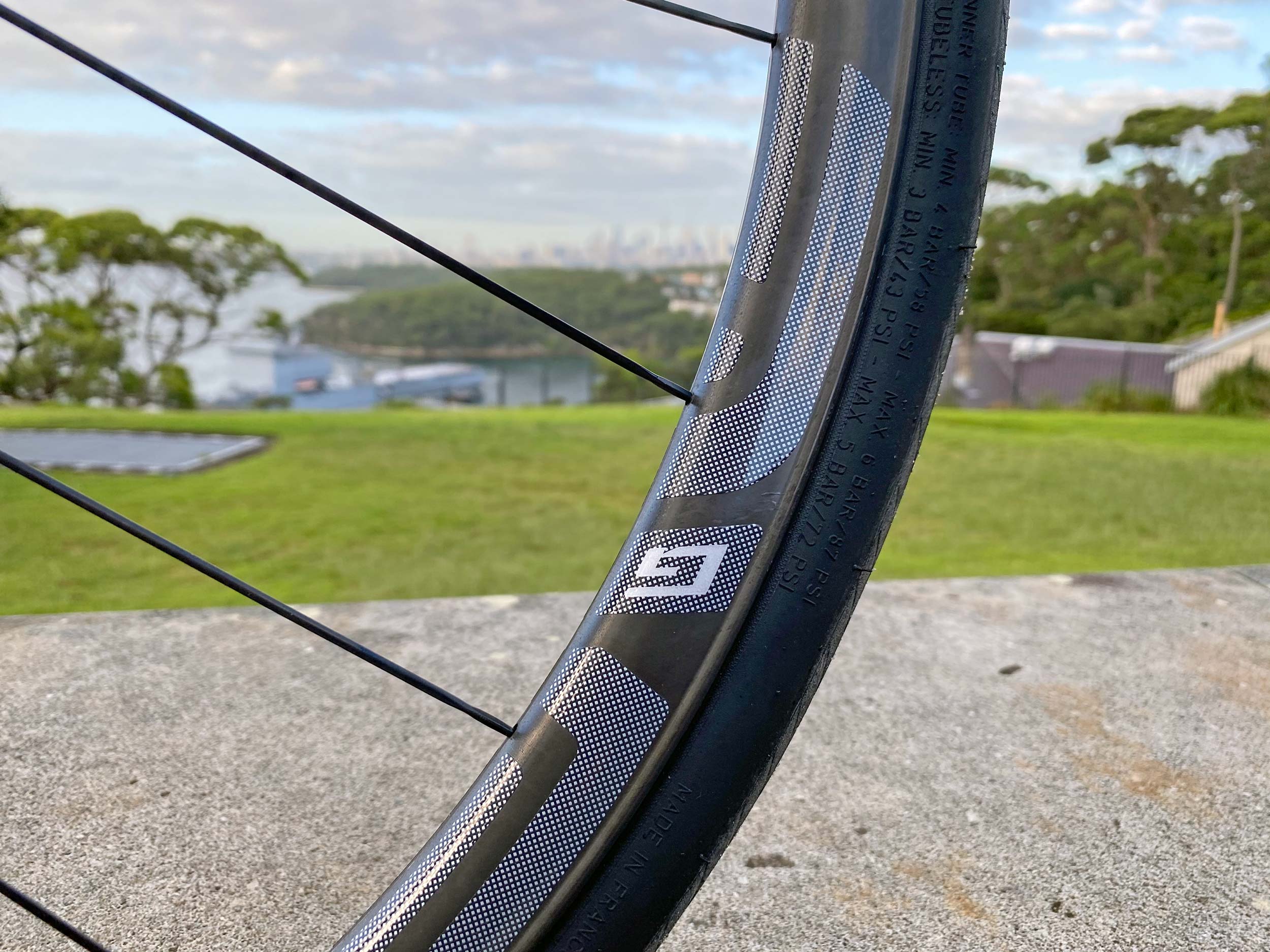