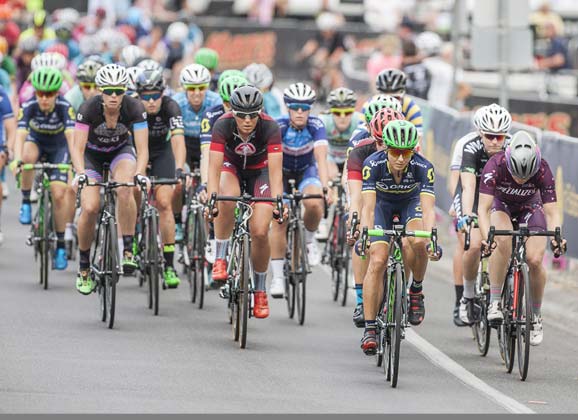 “Super Sunday” has come and gone and what have we learned from the experience? A few things. There is interest in cycling – especially when there’s great action…

The season is underway. The fans are keen to tune in. The administrators insist they are looking for gender equality in coverage – so what’s the next step? 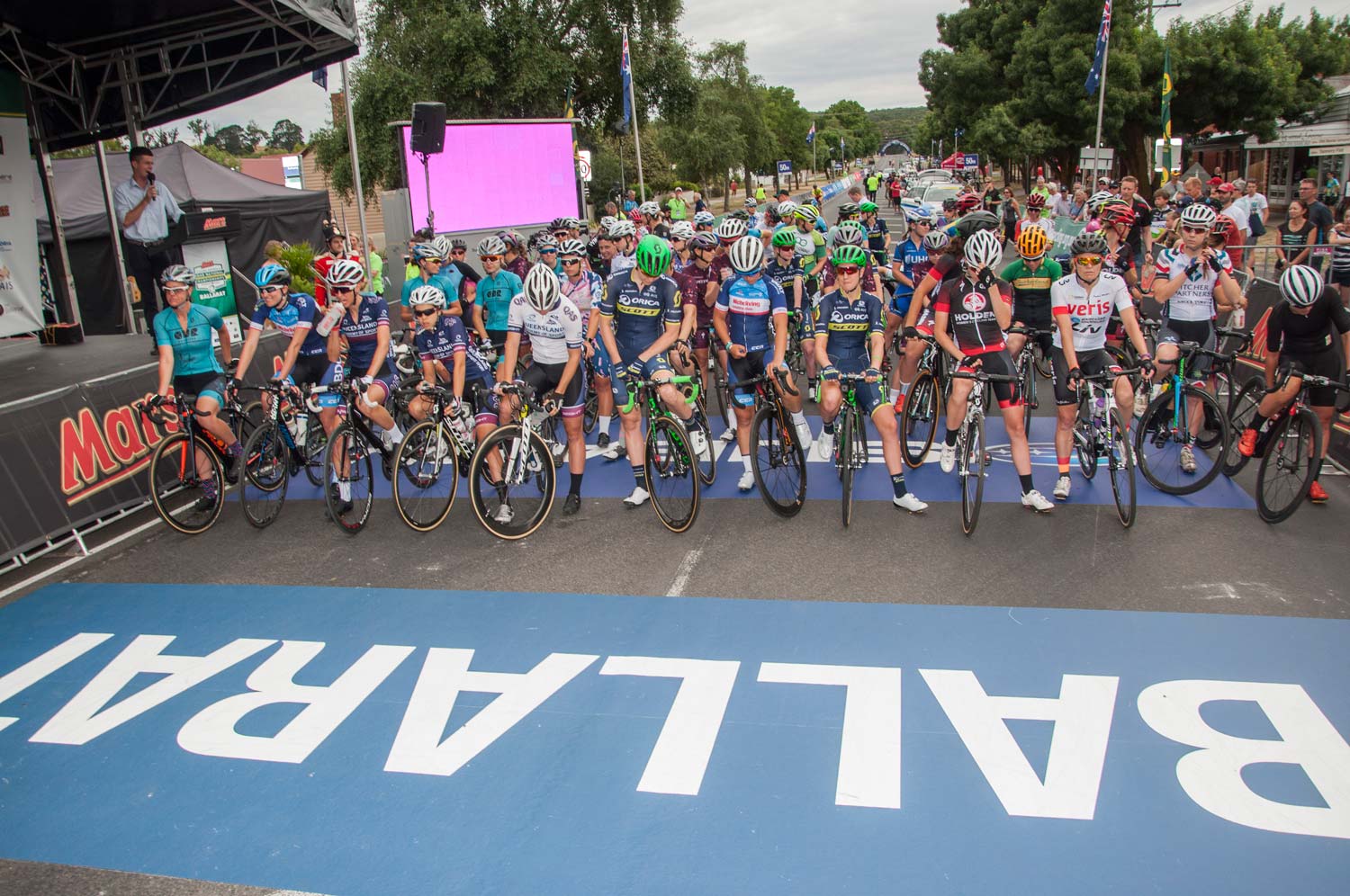 It is a truth universally acknowledged that women’s sport struggles for equal coverage with that of their male counterparts.

It would seem more than a few people were unhappy, if social media was anything to go by, on Sunday morning. The women’s road race at the Australian national championships was on and live vision was not being broadcast as it happened – not on social media or otherwise. Twitter updates had to be relied upon. Again.

Fans were being asked to ‘(please) wait for the highlights package’ that was being shown prior to the men’s race on returning broadcaster for 2017, SBS. But some cycling followers had their knives out for the broadcaster while quite a few – including athletes with a history in the championships – asked questions of Cycling Australia.

So, how did we get here given we’re now in 2017 and the state of play is supposedly getting closer to being equal? 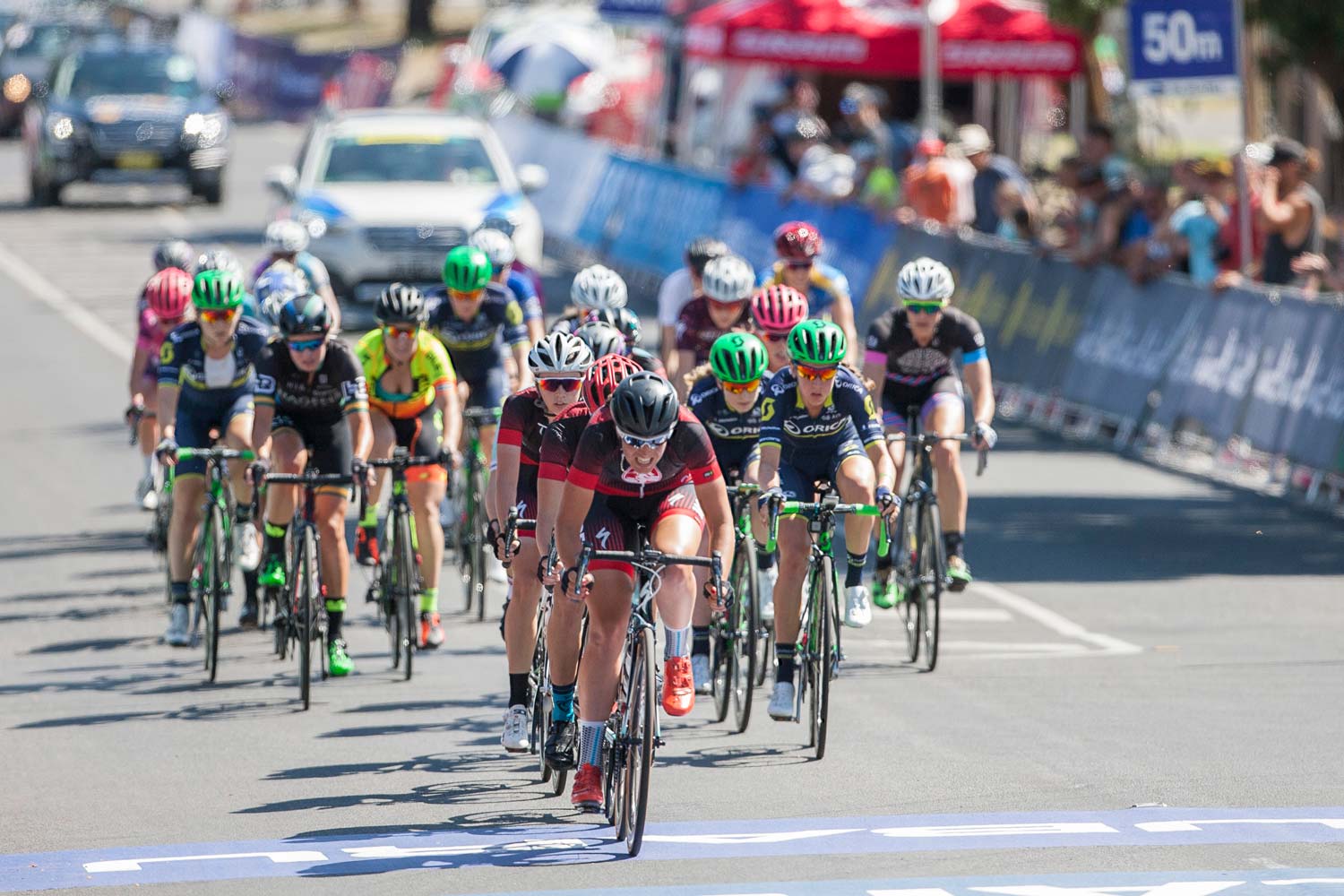 In the second iteration of ‘Super Sunday’ – where both the men’s and women’s road races take place on the same day – viewers could watch the choice moments from the women’s race, on delay, before the vast majority of the men’s race was shown live on the SBS Viceland channel.

In 2016, Nine showed the final hour of the women’s race before launching into coverage of the men. Prior to 2016, women raced on the Saturday and on Sunday men benefitted from a sole focus.

It’s not that long ago that the positioning of a women’s event, before that of men, would have been met with considerable derision. The days of women being viewed as a ‘warm-up act’ are over. The ‘Super Sunday’ format works well on site, but needs commercial assistance for its full potential to be realised. More on that later.

We’ve so far been spoilt this season during the Summer of Cycling which, in recent years, has gone from strength to strength.

The festivities began with live streaming of the Mitchelton Bay Classic on Facebook and elsewhere online by SBS. This was a big step forward for the sport in Australia, but not outside the norm internationally when you consider that the juggernaut that is the NFL, broadcasts on Twitter. The Melbourne Cup was also picked up for the first time by the platform last year.

Perhaps having the ‘Bay Crits’ on Facebook helped create an expectation that SBS would do the same across their cycling events throughout the summer and beyond? However, criterium racing and the Buninyong circuit are very different beasts when it comes to broadcast production. And then again, plenty found fault with the online coverage of the Bay Crits, too. 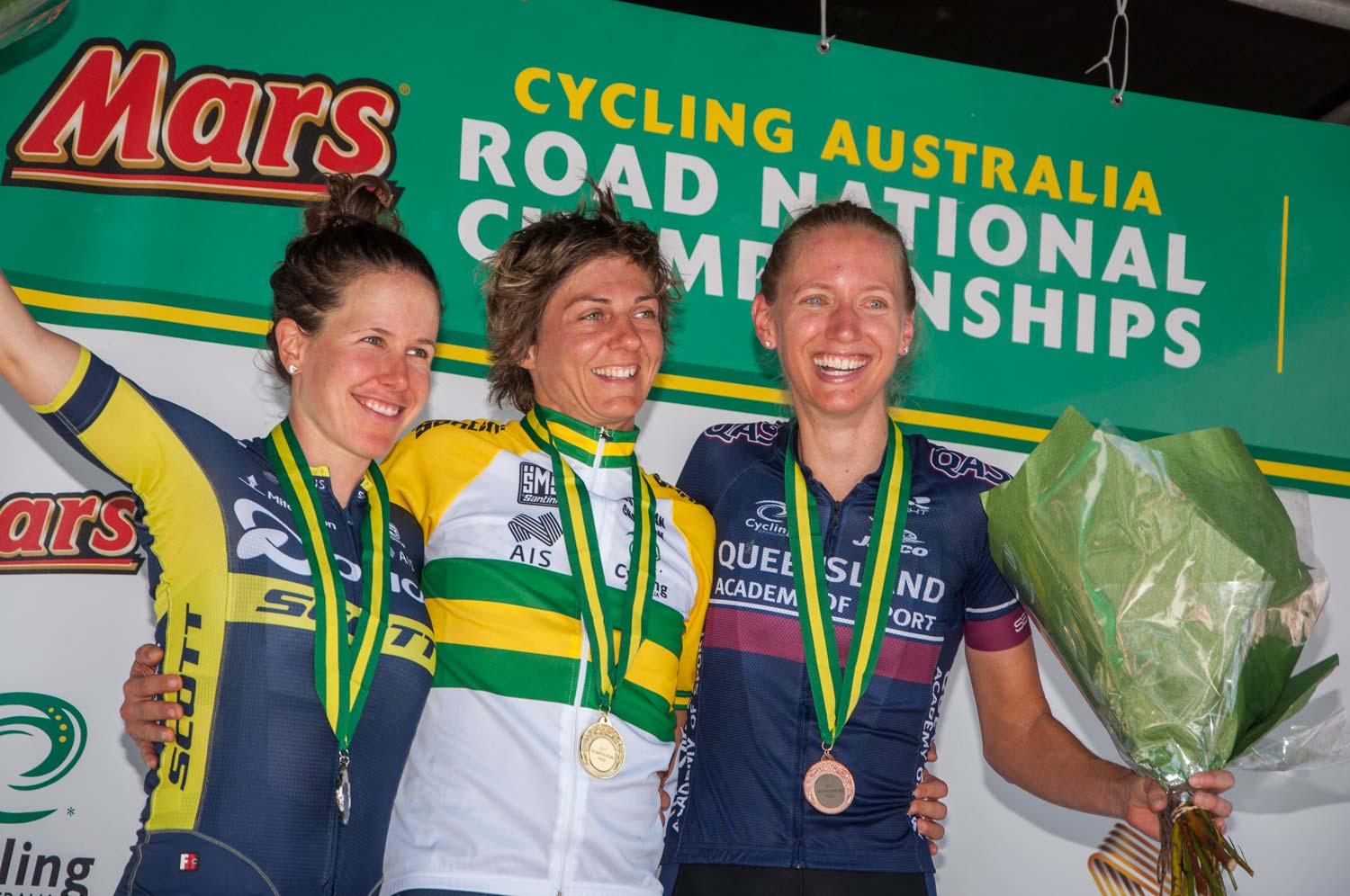 Television costs money to produce. Live television even more so.

A circuit the size of the one used in Buninyong requires a lot of resources, even if live vision is being distributed on social media.

Look across the other events shown over a packed summer of sport, cricket and tennis. Before the broadcast gets underway on your screens, you watch up to a minute of billboards where the sponsor’s products get a plug and they then get priority placement in ad breaks and possibly some in-program mentions. Their money is paying for a quality production you watch on your television screens and increasingly as traditional media enters the world where content is king, provides you with extras to consume online.

What’s becoming increasingly obvious is that women’s sport is finding a home in the online world when the television networks have been reluctant to offer support.

Cricket Australia is making a concerted effort to close the gap between their male and female athletes. Rebel’s partnership with Cricket Australia, which has now grown beyond an initial merchandising deal, ensures that the Women’s Big Bash League is shown on Facebook and on the governing body’s website. In netball, ANZ has thrown a lot of cash at a sport that is almost exclusively played by women and in the new season several games within the domestic league will be shown exclusively online. Why? The bank sees value in supporting the sport and that’s something that’s driven by the governing body.

There’s not been a lot of new money in the world of Australian cycling and as we’ve seen from the sorry state of the National Road Series, it’s the athletes – male and female – who suffer. (Not to mention the fans… but that’s another part of the story.)

We waited a long time to find out the details of just who would broadcast this year’s #RoadNats so it would be safe to assume this was a deal done late. Whether this was due to Channel Nine, as the incumbent, stalling we don’t know. And, to be fair to Cycling Australia, you don’t walk away from one of the big three commercial networks in a hurry.

It should also be a lesson for Cycling Australia’s commerical team: discussions for future broadcasts, wherever next year’s RoadNats end up in Ballarat or elsewhere, need to get underway with renewed vigor as of today, the day after the championships.

Cycling Australia is not alone in its struggle. Quite a few other ‘fringe’ sports, where both men and women are participants, are struggling for interest commercially and so in broadcast.

There is nothing wrong with the Cycling Australia product when you look at the talent on show but perhaps their internal belief as an organisation needs a second wind. Then, and only then, will cycling fans see the results they’ve so long craved across any platform they choose to consume it on. As the interests of women in greater society continue to expand, the catch cry has been, ‘if they can see it, they can be it’.

The same goes for cycling in Australia. 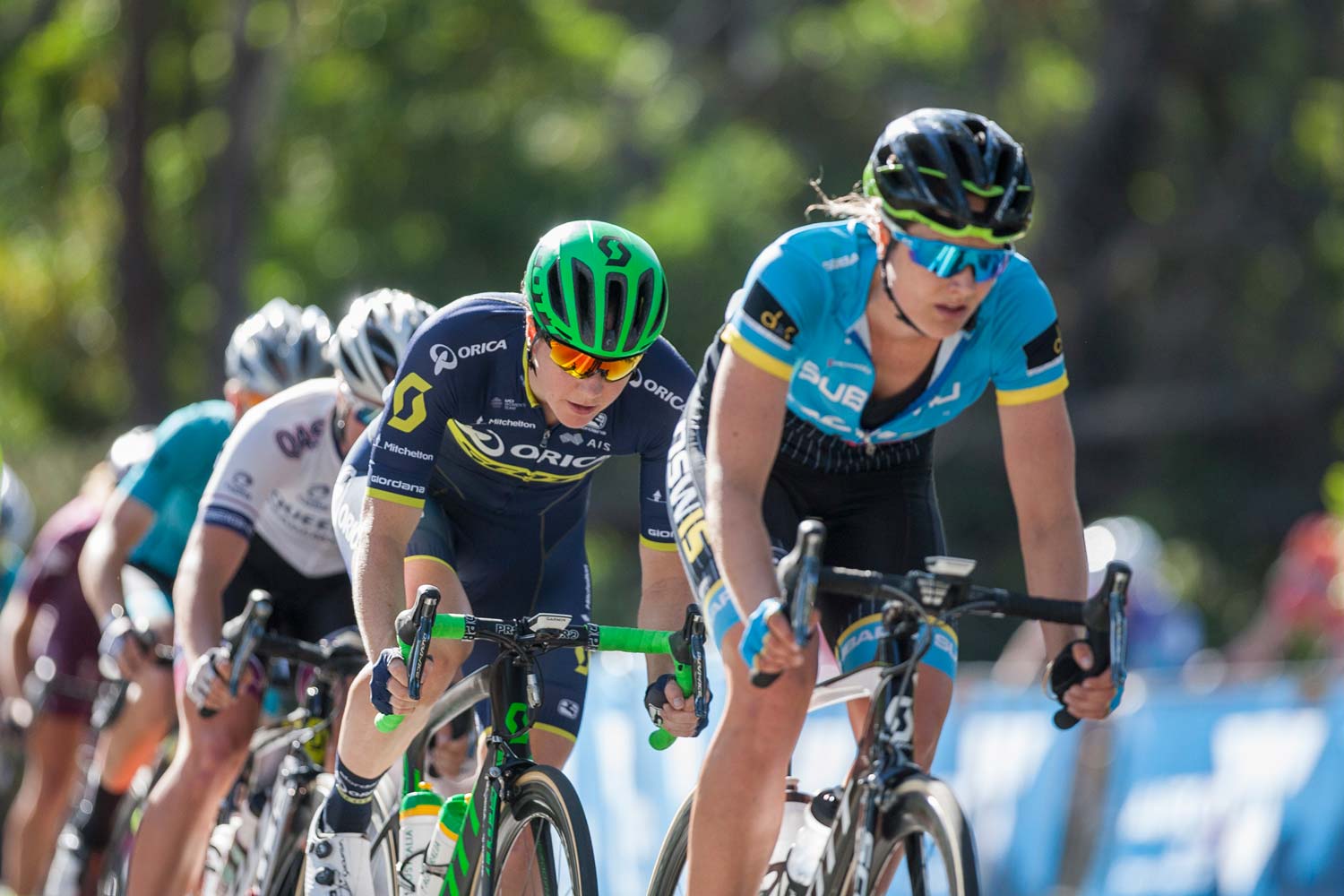