The first Grand Tour of 2021 is a little over a week away. The 2021 Giro d’Italia starts in Turin next Saturday and today SBS TV announced that the race will be broadcast live again in Australia. 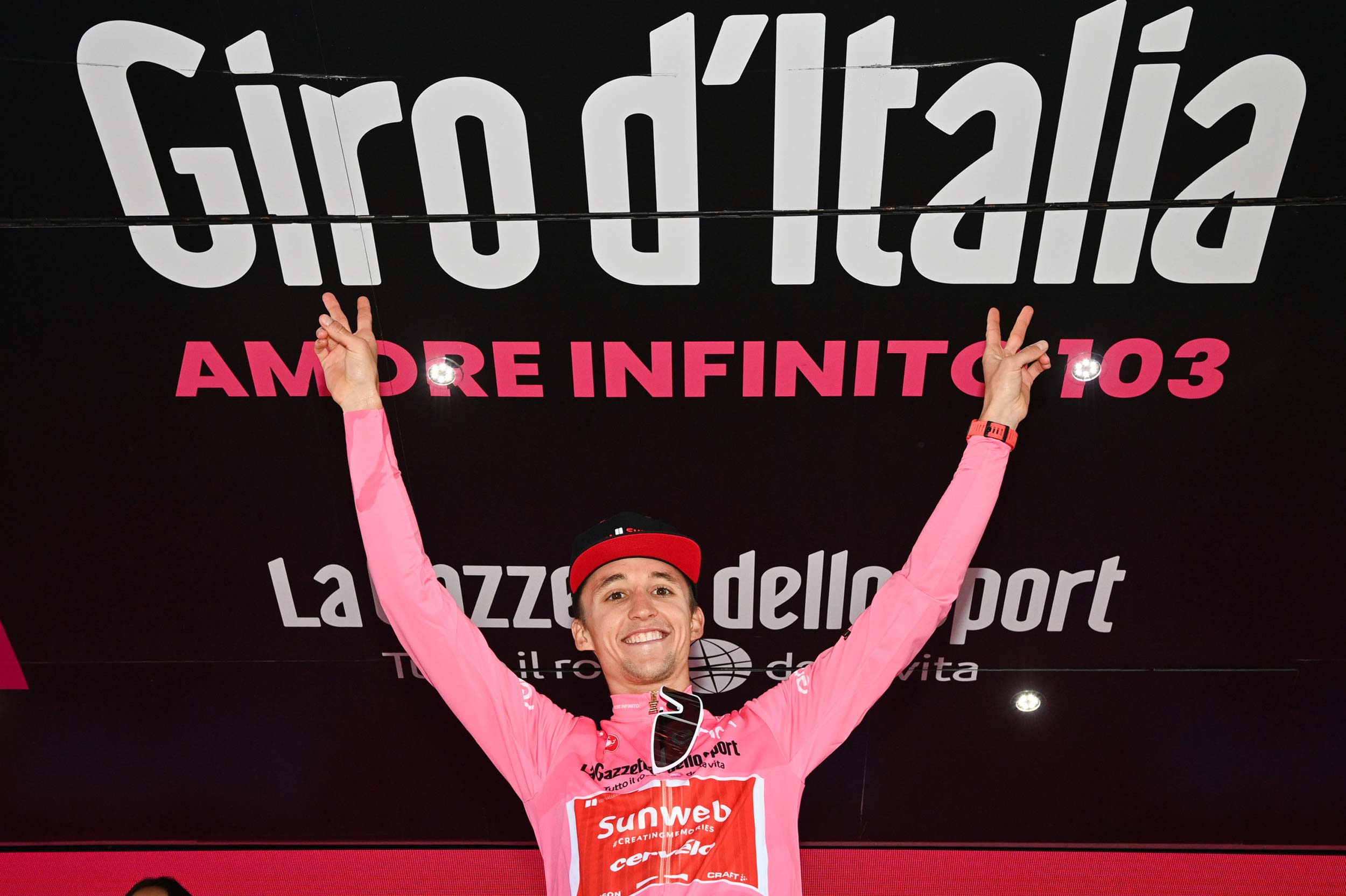 Jai Hindley won the Stelvio stage of the 2020 Giro d’Italia and wore the maglia rosa for one stage… the final day’s TT in Milan.

In 2020 an Australian was the runner-up in the Giro d’Italia for the first time. Jai Hindley very nearly pulled off an exciting coup for the Sunweb team that ended the Italian Grand Tour with two riders on the podium. Ultimately, the young Aussie climber was knocked off the top step of the podium on the final day.

Hindley started the last stage on top of the GC rankings but the TT in Milan would be his undoing. Still, the Giro of 2020 offered a masterclass in climbing from the West Australian who was beaten by only 39 seconds. Tao Geoghegan Hart took the maglia rosa on the final day, and the Ineos Grenadiers scored another Grand Tour triumph.

Alas, if you live in Australia, you probably didn’t get to see the action unfold live on your TV. Unless you had a subscription to GCN’s cycling channel, it wasn’t possible to see Hindley, Geoghegan Hart and others in action.

RCS, organisers of the Giro, changed the format of broadcast rights five years ago and the ‘Corsa Rosa’ hasn’t been seen on free-to-air TV in Australia since 2016.

That arrangement has changed and in 2021, the Giro d’Italia will be back on the tellie, with SBS securing rights to broadcast the race again through to 2025.

“Being able to bring the Giro d’Italia back to free-to-air television is great news both for SBS and our audience,” said SBS’s director of sport, Ken Shipp, in the release issued earlier today.

“We have been working hard to establish SBS as the home of cycling in Australia and this was the final piece in the puzzle.

“We will continue to make major cycling events available to all Australians and offer extensive, world-class coverage of these events.”

The release also explains that it will be an all-Australian commentary team for the Giro d’Italia of 2021 (8-31 May).

“Giro d’Italia stage winners Robbie McEwen and David McKenzie will join Matthew Keenan and Bridie O’Donnell hosting SBS’s coverage of the event providing expert commentary and insights on what is required to survive this gruelling race.”

Are you ready for some world-class bike racing action? It’s coming to your TV screen soon… and it will be live again. The full line-up is yet to be announced but we’ll soon know if the Australian contingent will be as large as it was in 2020, when 18 Aussies were on the start line.

Get ready for some late nights in front of the television. It’s almost Grand Tour season. And there’ll be a race to watch next month!