There was a total of 18 Australian riders in the peloton in last year’s Giro d’Italia, with Jai Hindley finishing the race last October in 2nd place on GC. He’ll be back at the Italian race in 2021, along with two compatriots in the selection of eight from Team DSM.

“Once again, this year we head to the Giro d’Italia to go all-in for a team GC result and we really need to utilise our collective strength with a complete eight-rider effort to do that,” said Team DSM coach, Matt Winston in the release announcing the line-up of eight riders for the race that begins in a little over three weeks.

“We’ve got a solid, clear plan formulated together with our experts and performance team that looks to different strategies and tactics that we can apply to really utilise our strengths and bring home that top result.”

Team DSM, known as Team Sunweb in 2020, claimed second and third overall in last year’s race that was delayed from May to October because of the pandemic.

In 2021, the Giro returns to the more traditional May date with the start in Torino on 8 May, and finish in Milan with a final stage time trial on 30 May. 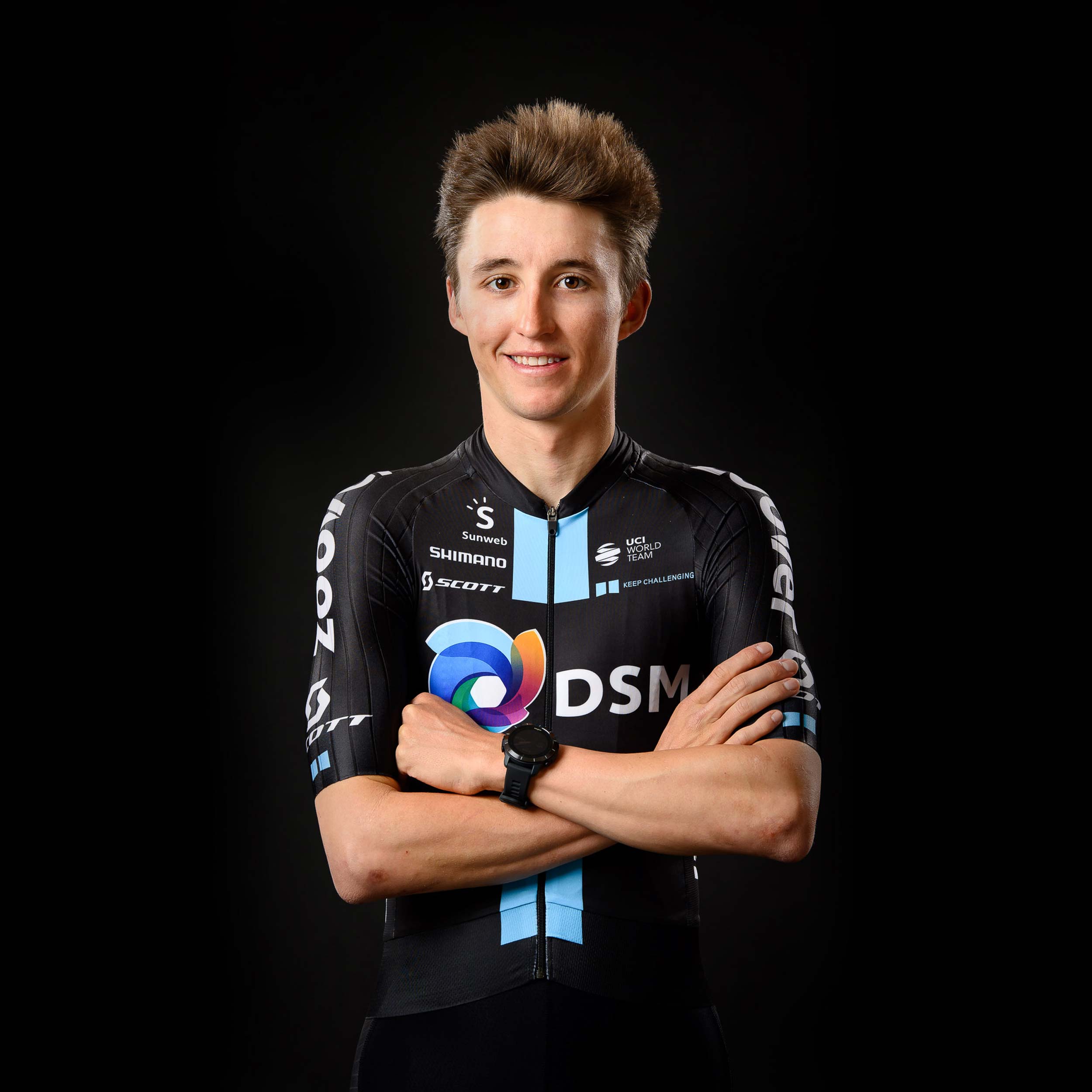 Jai Hindley, runner-up in last year’s Giro d’Italia will be back in the peloton for the Giro in 2021. (Photos courtesy of Team DSM)

The Giro has traditionally been a hunting ground for climbing specialists and the route in 2021 boasts over 47,000 metres of ascending. This augers well for last year’s runner-up and, we can assume, Hindley will be determined to see if he can repeat his efforts from last October.

Hindley won stage 18, which boasted the fearsome Passo dello Stelvio, last year and finished second at Sestrières in the penultimate stage, inheriting the leader’s jersey (from his team-mate at the time, Wilco Kelderman) on the final Saturday of the 2020 Giro d’Italia.

Kelderman has since switched teams and now races with Bora-Hansgrohe but the Dutchman has been replaced by another Grand Tour podium finisher, Romain Bardet of France. 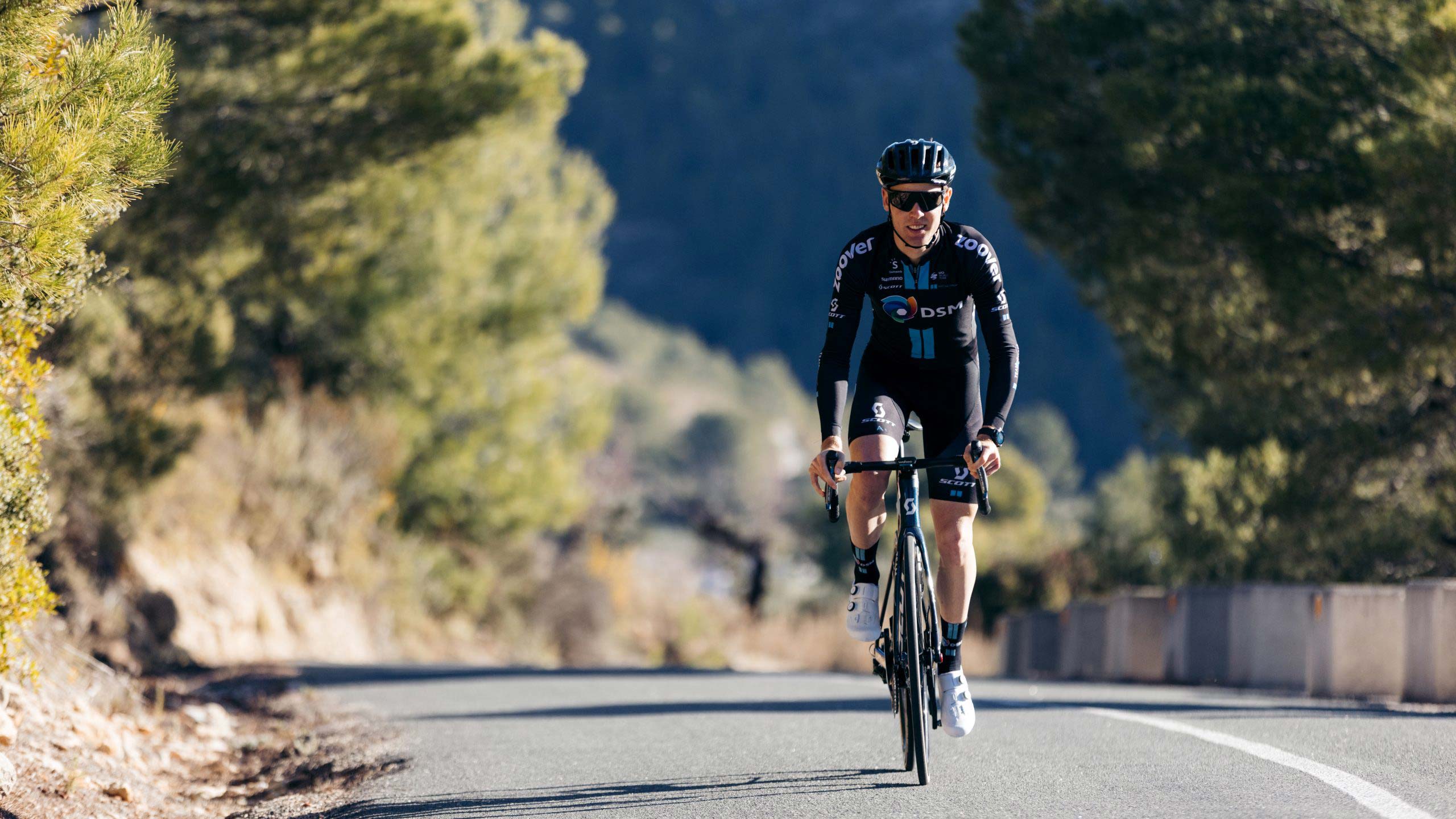 Chris Hamilton will be back to contest his fourth successive Giro d’Italia.

“With our past success and memories in Italy we always look forward to racing there and getting our Grand Tour season underway,” said Winston in the release about the team’s selection, announced well in advance of the Grande Partenza of the 104th edition of the Giro d’Italia.

“Morale amongst the team is super high and we are all really motivated to give our best to try to showcase our Team DSM jersey in Italy and bring home some top results.”

Hindley has raced only 11 days so far in 2021, Paris-Nice (18th on GC) and the Volta a Catalunya (DNS stage four), so it’s difficult to gauge what kind of form he’s in three weeks out from the Giro. One thing that will work against him this year is that his result in 2020 – achieved largely while working as a super-domestique for Kelderman – means that he’ll be heavily marked from the outset.

Two Aussies alongside for support

Team Sunweb’s 2020 Giro line-up also included a selection of three Australian riders but Michael Matthews, another Aussie to have worn the maglia rosa (and won stages of the Giro), was forced out of the race after a COVID-19 test before stage nine (later found to be a false positive). 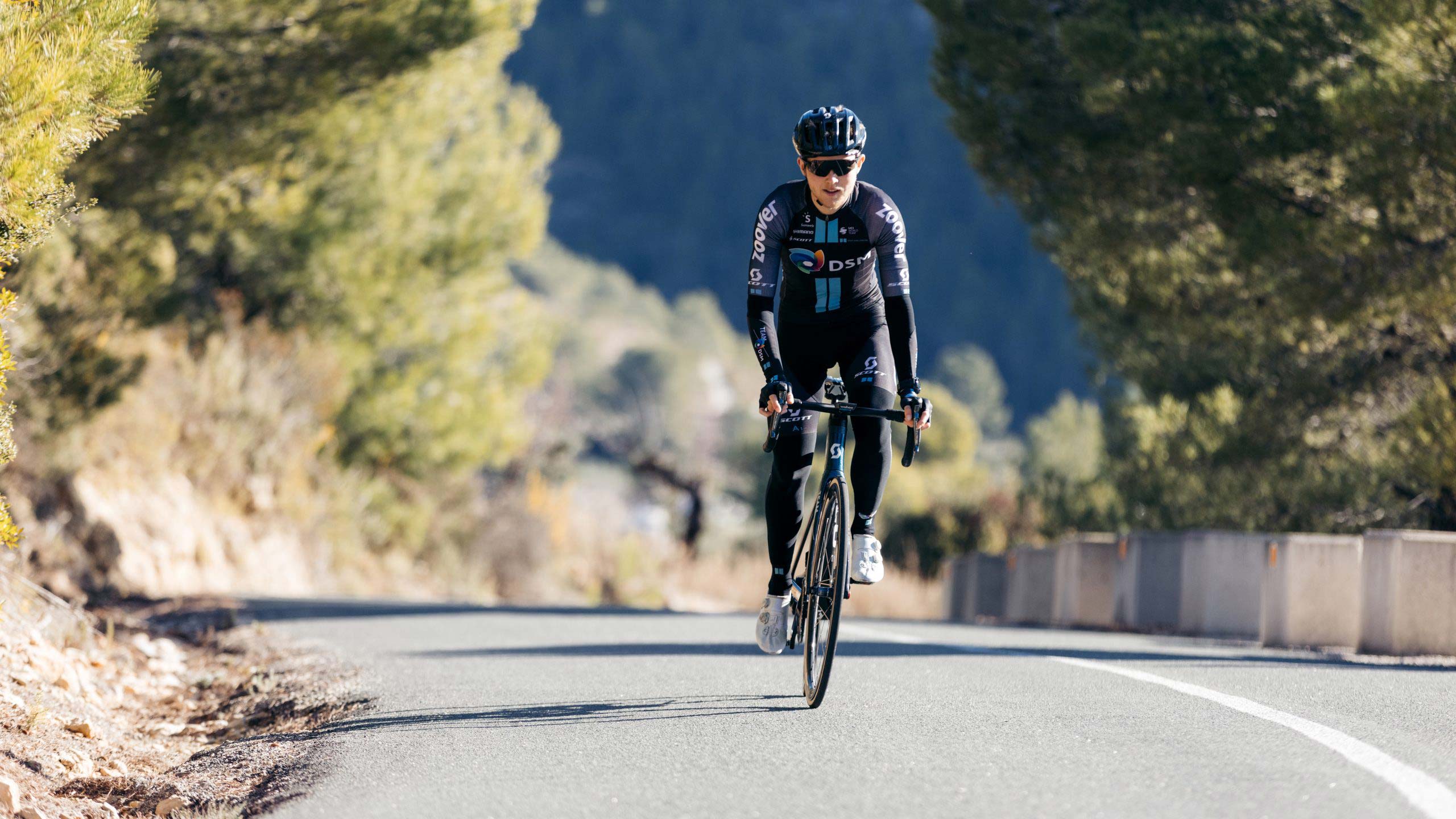 Michael Storer is due to make his Giro d’Italia debut this May.

The eight-rider line-up is one of the first announced by a team contesting the 2021 Giro d’Italia. As well as the Australian trio and Bardet, the group has plenty of experience.

Nikias Arndt was a Giro stage winner in 2016 and is the champion of the Cadel Evans Great Ocean Road Race in 2017.

Bardet was one of the darlings of France thanks to his consistency in the Tour de France for years (finishing second in 2016 and third in 2017, and winning the polka-dot jersey in 2019), and he’ll make his Giro debut this May.

Germany’s Nico Denz was part of the Giro line-up in 2020 when he assisted Kelderman and Hindley with their GC aspirations.

And Nico Roche is the veteran with 18 years as a professional, having contested an impressive tally of 23 Grand Tours since his Giro debut in 2007.

With Flèche Wallonne to be contested next Wednesday, then Liège-Bastogne-Liège the following weekend, the Giro marks the traditional handover from Spring Classics to Grand Tour season. In 2021, despite the huge impact of the pandemic in Europe, it seems all race organisers are pushing ahead with the events to be held in their traditional calendar slot.

We wait to see if more than 18 Australians will start the Giro d’Italia in 2021, and if Hindley will be in contention for another podium finish, but there is momentum building in the season and some exciting racing coming soon.

*Only available for Australian customers.