Remembering Heiko Salzwedel: a coach to many and a champion of cycling

The legacy of Heiko Salzwedel’s influence on cycling is immense. He enjoyed a long career in the sport as a coach, trainer, and mentor. He passed away this week and a wave of sadness is felt by many around the world. 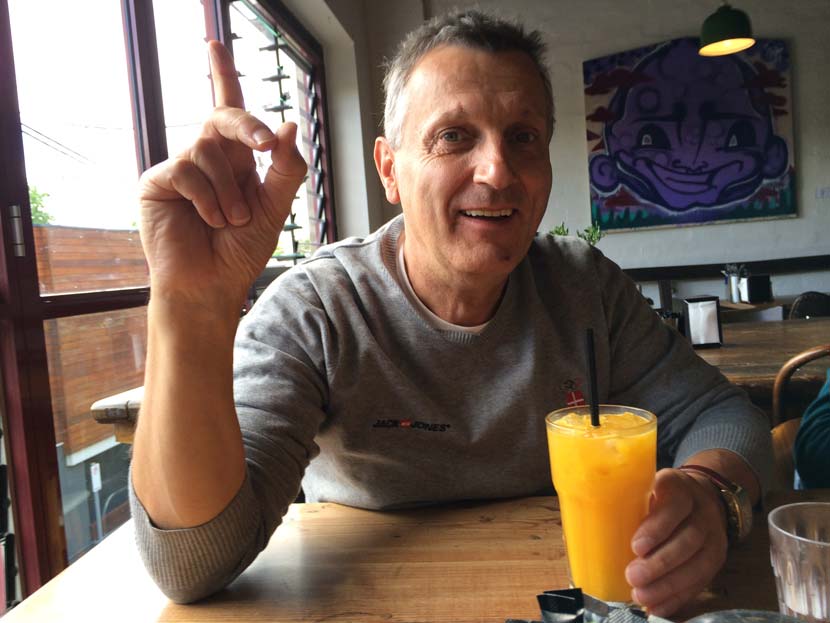 It would be possible to go long – very long – in the telling of Heiko Salzwedel’s story. In time the many stories that he helped write will be shared but right now, in the days following news of his passing, people around the world are looking back fondly on his influence and considering the impact he had on their lives. He was 64.

Heiko was passionate about cycling but he came to the sport differently to most. He began coaching at a young age and clearly found his calling. That was his job from his 20s onwards and there are many who benefited from his help.

There is a long list of results that have Heiko’s stamp on them but now is not the time to write about race victories or sporting conquests; rather, we remember a man who gave so much of himself so that others could succeed. And he did so with grace, honour, gusto, commitment, passion, empathy… and with a grin. 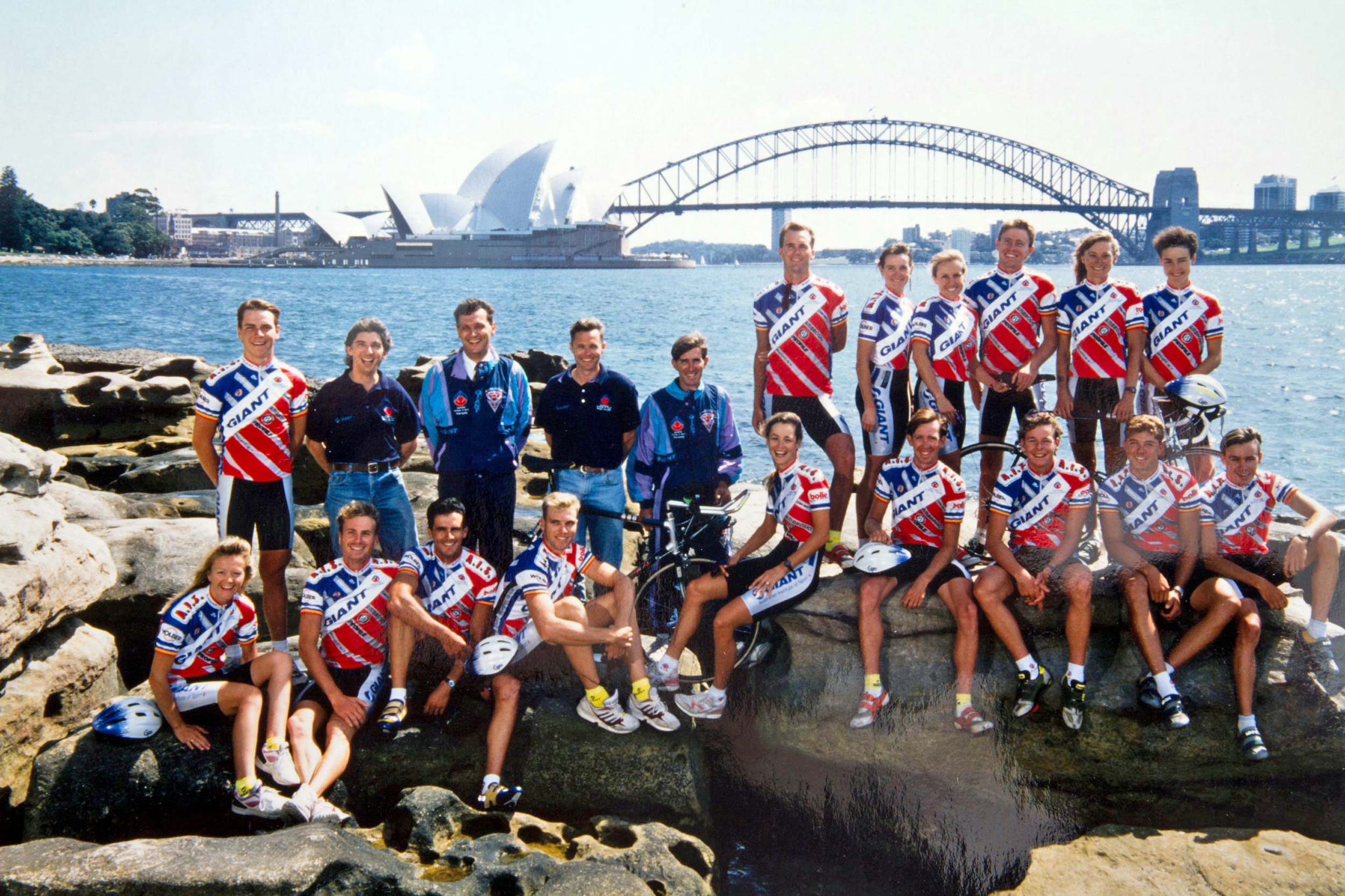 I met Heiko 30 years ago, shortly after his arrival in Australia and we stayed in touch regularly ever since. My last contact with him was via text, when I sent a link to the story about a search for a High Performance Director for Australian cycling. He was the ideal candidate but he confessed that time might not be in his favour.

“Uh, my friend,” he replied. “I think this one is a bit too late for me… And the ‘home Olympics’ in Brisbane too far away.”

By then, he was living in Germany again even if his heart was still very much in Australia, one of his many adopted countries. 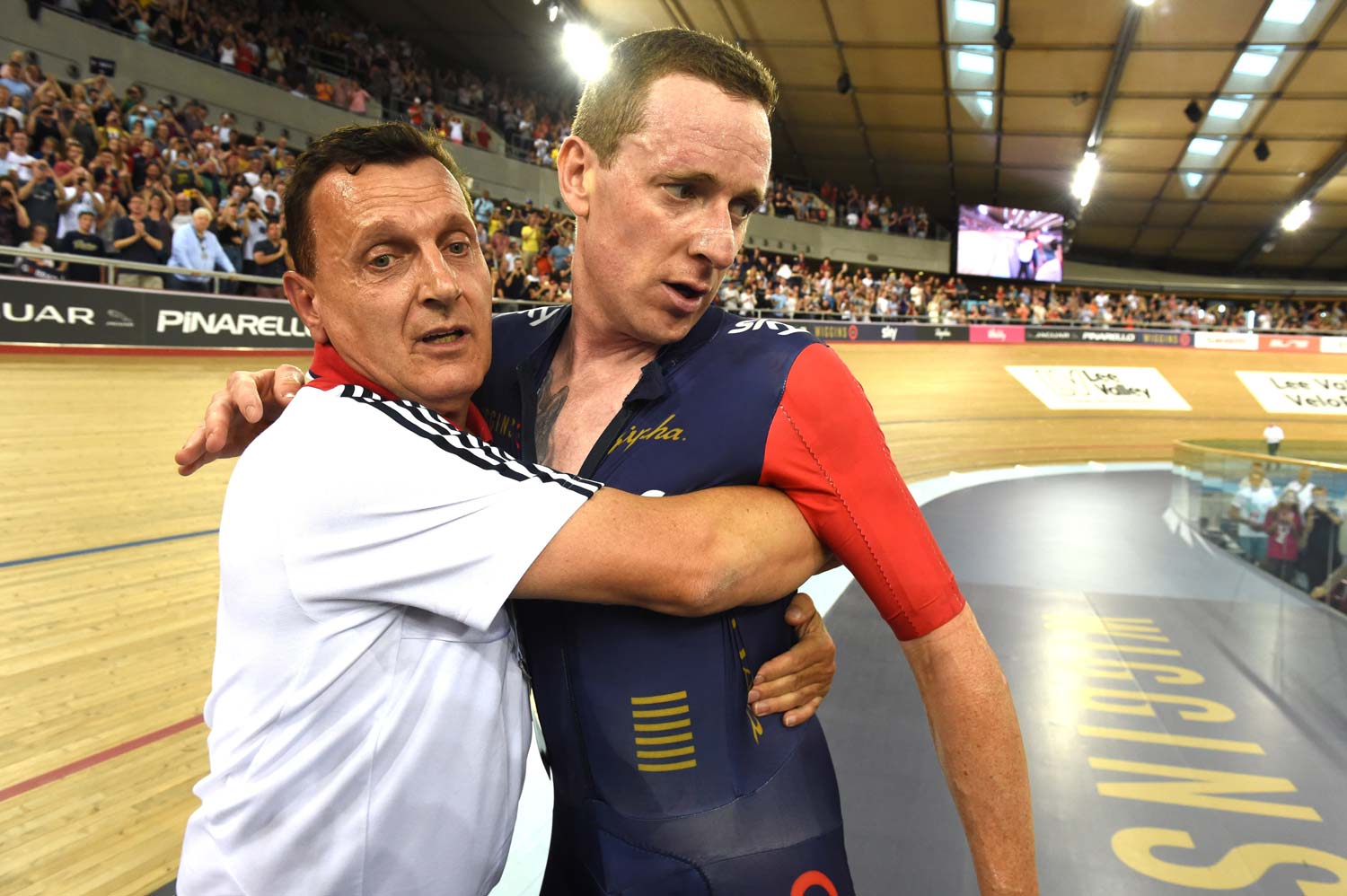 He lived in Canberra from 1991 to the late-1990s when, ultimately, lame sporting politics saw him jettisoned from a program he created, one that would forever change the cycling landscape in Australia.

Now is not the time to explain the intricacies of how it came to be that, in 1998, Salzwedel was unceremoniously dropped from his role as manager of the AIS Road Cycling program; that was a feature in the first issue of RIDE Cycling Review titled ‘Heiko’s Legacy’. Alas, he never got to finish what he started in Australia but there are still many who benefitted from his guidance.

He reminded me often that Australia was his ‘home’, that he felt he belonged here and that – one day – he would return to live in the country he grew to love. But he was appreciated universally and the error by the Australian Sports Commission in 1998, of dismissing Heiko Salzwedel from a role he fulfilled admirably (and successfully), would serve other cycling nations well.

East German by birth, Heiko was a man of the world. Although I consider him a true Aussie, there are many elsewhere who would argue he was one of theirs: German, Russian, Danish, British… he was welcomed everywhere and quickly integrated into life wherever he was. 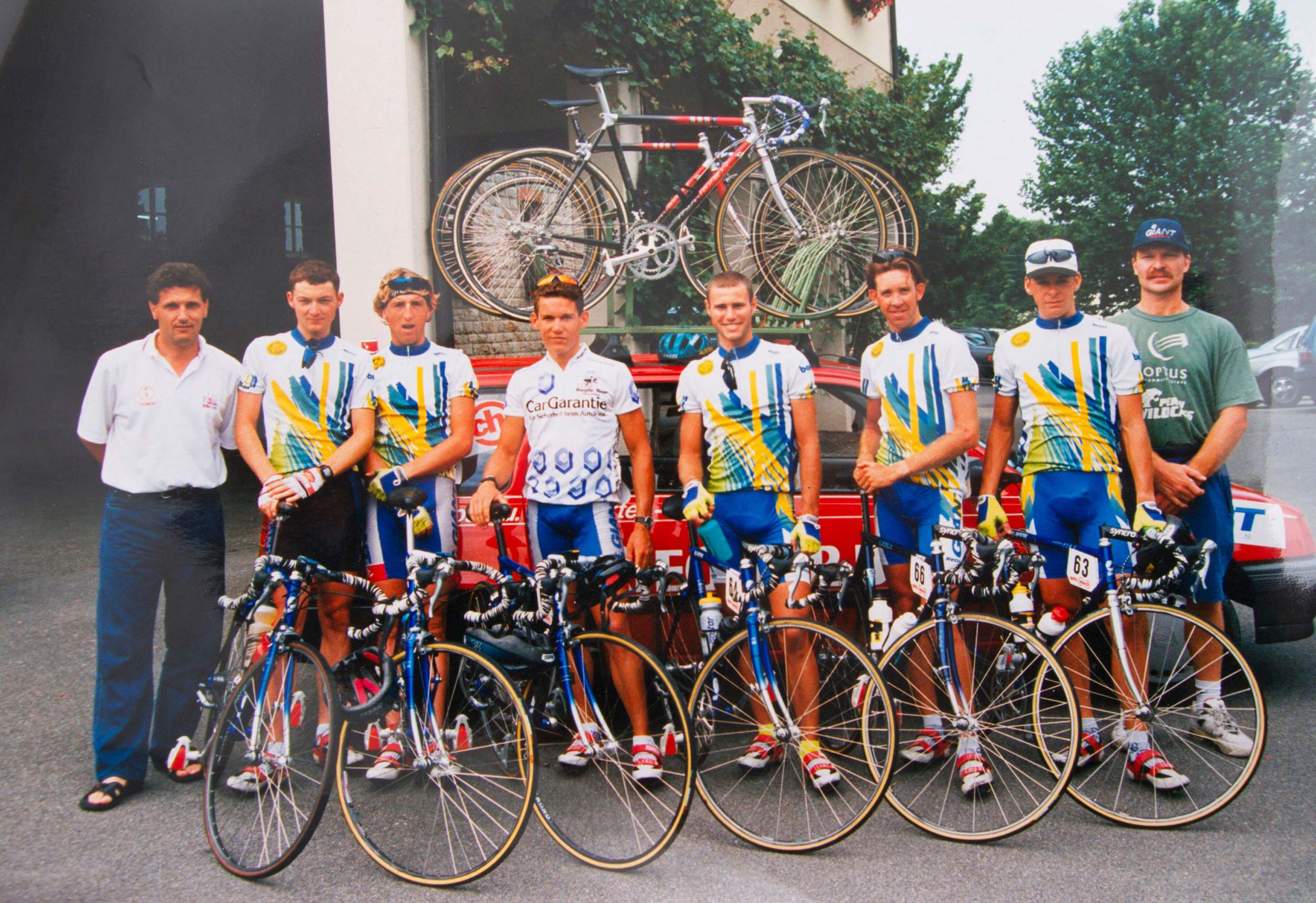 His final note to me was about a mongrel he got for his family and he relished the diversity of the bloodlines: “Picked up our three-month-old dog last night,” he wrote. “Aussie Border Collie mix with Hungarian Shepherd dog… Great mix!”

The mut may have had bloodlines from all over the place, but it isn’t nearly as cosmopolitan as Heiko Salzwedel.

A master of diplomacy, he could speak multiple languages and although he did so with an accent, in conversation he also leaned on nuance that highlighted his understanding of the range of cultures and traits of the many countries where he worked, lived, and coached cyclists.

He was very much a vagabond who was attracted to a challenge and able to integrate into any culture. 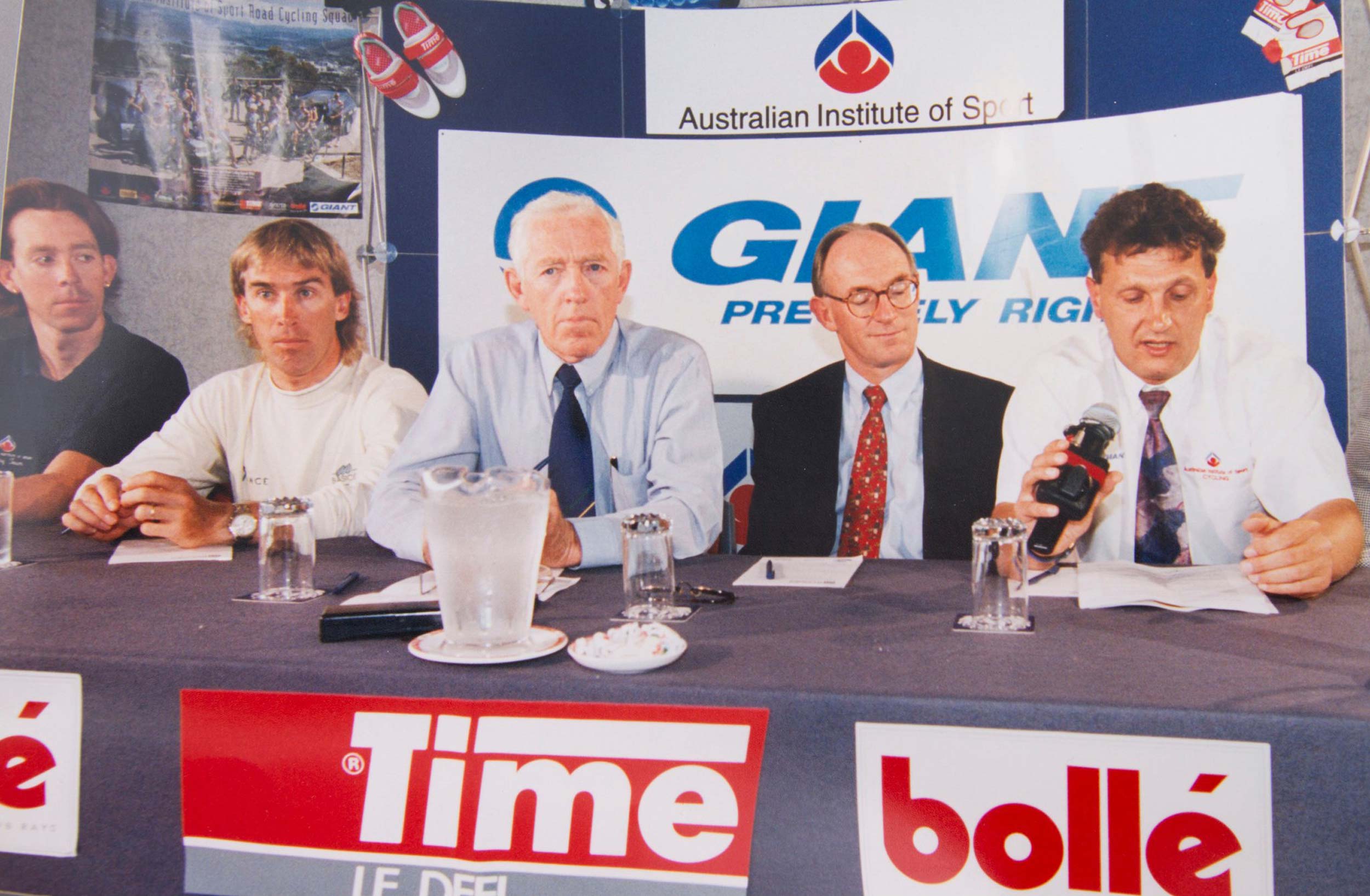 There is a long list of conquests that could be referenced but the riders who achieved them can mention these sporting memories in their recollections of what Heiko Salzwedel meant to them. For me, the biggest win he achieved was uniting people and ensuring that he made the most of every opportunity he was given.

Many athletes benefitted from Heiko’s guidance but his influence isn’t limited to sporting results. He was a master politician who could work the room with ease. He was an entertaining storyteller who never stopped collecting – or relaying – anecdotes, many that were told with a unique blend of hysterical seriousness.

No topic was taboo, no challenge too extreme. He was prepared for anything and capable of transforming something from concept to reality.

Upon hearing the news of Heiko Salzwedel’s passing a flood of memories washed over me. He was one of the first people to give me a chance as a cycling journalist. We worked together on a monthly newsletter about the Giant-AIS-ZVVZ cycling team at the end of the 1990s and he introduced me to many contacts in a sport that I’ve come to know and love.

He welcomed me into the inner realm of a national program that went rapidly from infancy to maturity – from amateurism to professionalism – under his guidance. He managed to coax effort from more than athletes alone and I was proud to put in the hours, working to convey the vision he had for cycling. It didn’t feel like a job, because he made it fascinating. 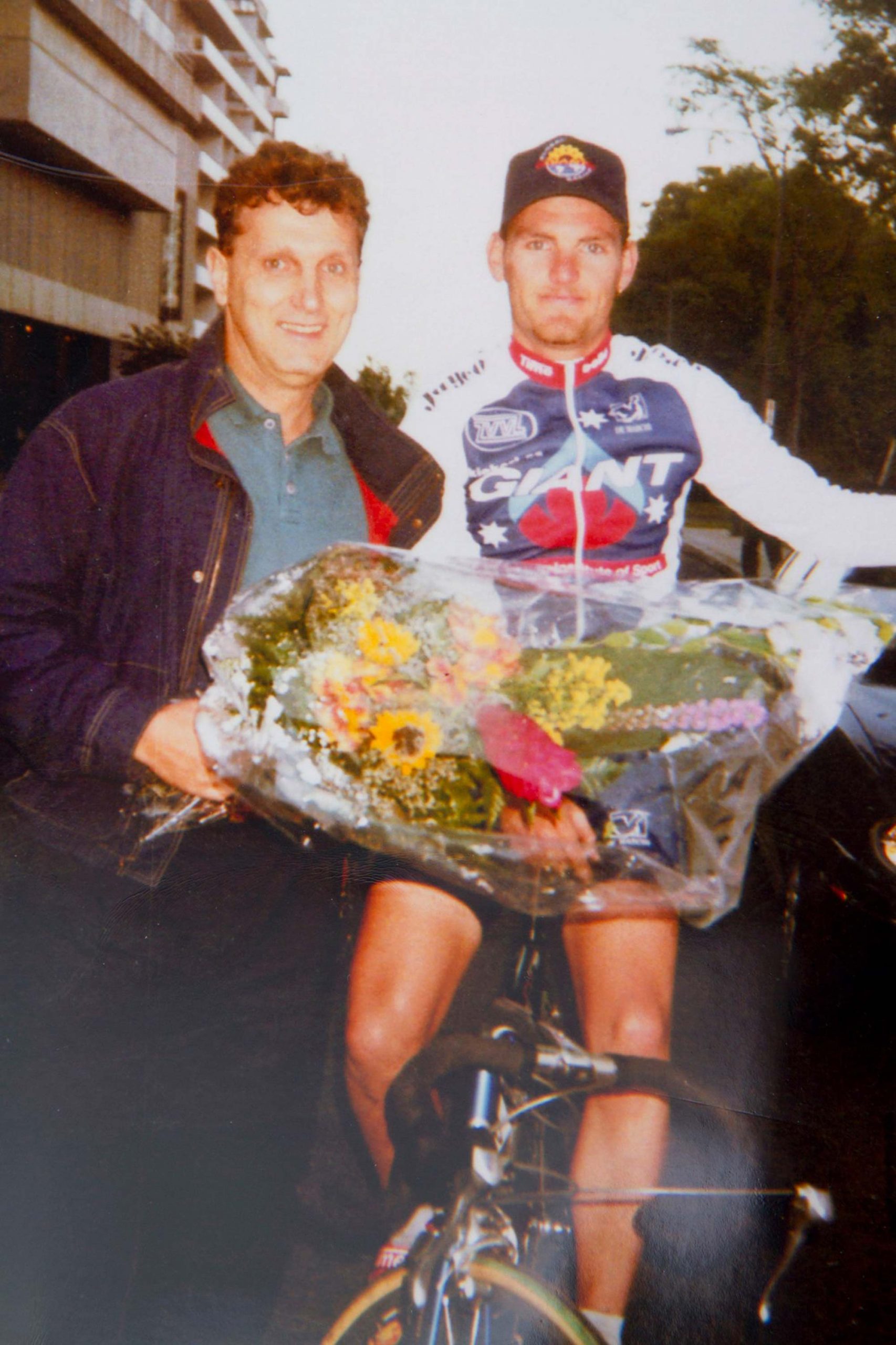 It’s not possible to summarise the influence Heiko Salzwedel has had on the cycling world without drifting off on many tangents.

I have a shoebox of images that has been carried from one office to another for over 25 years, a collection of photos from the time when cycling in Australia changed. And Heiko was a driving force that turned the sport into something bigger than it was before his arrival.

Many stories have been shared already but plenty remain locked away in the minds of those who Heiko offered guidance to. He was often referred to as a ‘coach’ but he was much more than that. He was an ambassador for cycling and a friend. The news of his passing has hit me hard, most of all because I thought he would live the life eternal. He seemed unflappable and ageless.

He was always restless and always thinking about the the great What Next? His energy was infectious and lasting. Many stories immediately come to mind when remembering Heiko Salzwedel, but I’ll round out this story by recounting a flashback to the scene of a meeting in Bad Homburg, Germany, in 1992.

It was a little over a month out from the Barcelona Olympics. I was backpacking around Europe and had recently broken up with my girlfriend, finding myself stranded in a foreign setting a long way from home, feeling totally isolated and lost. I knew the itinerary of the Australian cycling team and realised they weren’t far from where I was at the time. There was a criterium in Germany and I turned up at the Australian team van hoping to find a friendly face, and someone to calm my anxiety.

Heiko was the first to see me. He walked over, asked how I was and if I needed anything. “Yes,” I told him, “right now I need a friend.”

He responded in typical Heiko style. “Rob,” he said, hugging me, “you’re part of the cycling family and you’ll always be welcome here.”

We ate together that night. My sadness lifted and, late in the evening, he had me and the rest of the national team laughing at his stories. The riders would take their cue and leave at an appropriate hour but we stayed on at the restaurant for a while longer, quite a while in fact. He talked and listened for as long as it took to improve my mood, and then he kept on talking and listening. Eventually I remember saying, “Heiko, it could be time to get some rest.”

He smiled, then laughed, and then scoffed. “We’re living Rob, savour it. And remember,” he concluded, while paying the bar bill before we set off into the night, “you can sleep when you’re dead.”

Note: This is a personal reflection piece but, in time, there will be more published on RIDE Media’s site about Heiko Salzwedel and his considerable legacy. – Rob