There are 45 days to go before the 2022 UCI road world championships in Wollongong. We will be presenting a series of videos showcasing the race route and the region where the racing will take place.

This is part one, the Sea Cliff Bridge which will be a feature of the road races for men and women.

– A video by Rob Arnold 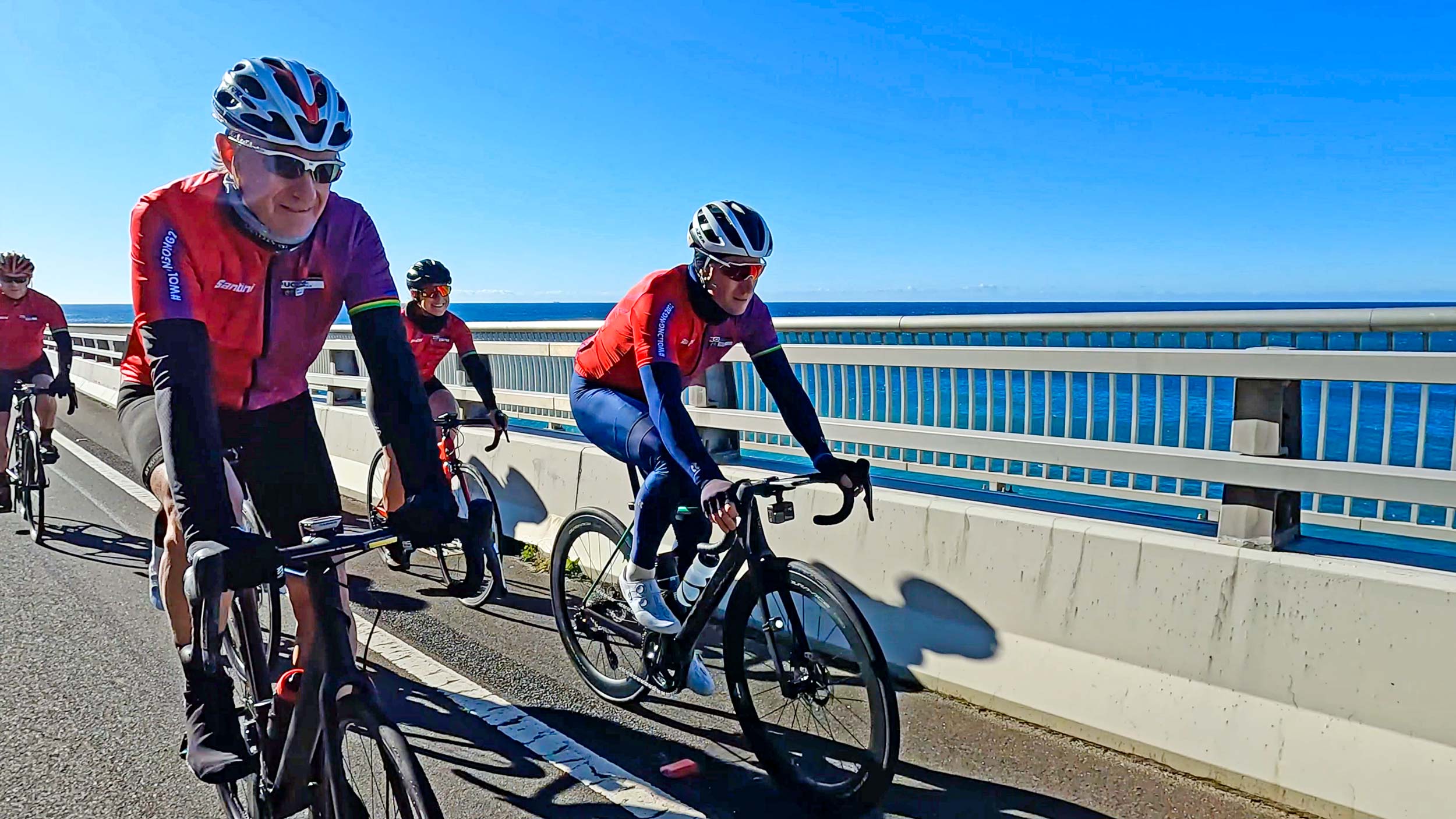 Dean Dalla Valle and Mark Renshaw were the hosts of a ride to show off the road race route for the 2022 worlds on 10 June, when there were 100 days to go until the championships.

The Sea Cliff Bridge isn’t likely to impact the results of the final events on the 2022 world championship program, but it is going to feature prominently in the images of Wollongong and surrounds that will be beamed around at the end of September.

The start of the final events, the elite road races (women and men) will boast a start in Helensburgh, the northern most suburb of Wollongong. There is then a short neutral zone that delivers riders to Stanwell Park where ‘kilometre zero’ will be. From there it’s a five-kilometre trip before the road sends riders out over the blue of the Pacific Ocean on the gorgeous Sea Cliff Bridge.

The inclusion of this road seemed obvious from the moment it was announced that Wollongong would host the 2022 worlds. It is a glorious stretch of road that showcases just how close the escarpment comes to the ocean.

Roughly 50km from the centre of Sydney (to the north), the Sea Cliff Bridge is a great place to ride and if you time it well, you can get the road largely to yourself. If there is traffic, however, the bike lane on the eastern side is a better option for cyclists – and it offers even better views than riding on the road.

Future episodes of RIDE Media’s preview of the world championship courses will include more technical information such as width of the roads, elevation gains, etc… particularly for the closing circuits of the road race which feature a steep climb near Mount Pleasant. This clip (above) is largely to show off the wonderful scenery that surrounds the Sea Cliff Bridge.