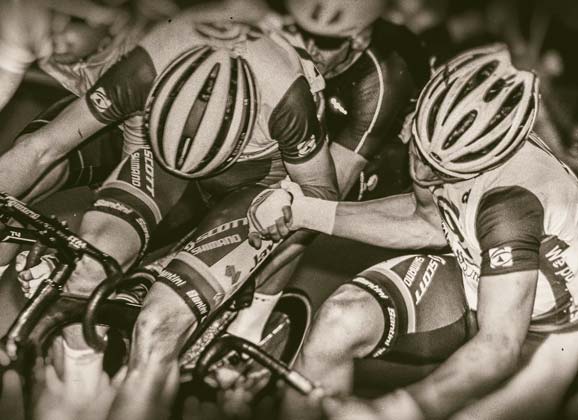 The track cycling carnival is a cornerstone of our sport in Australia. Over the years, these events have arguably introduced more people to racing than anything else. It offers riders the chance to test themselves while spectators get to witness quality competition from a range of grades and variety of disciplines. 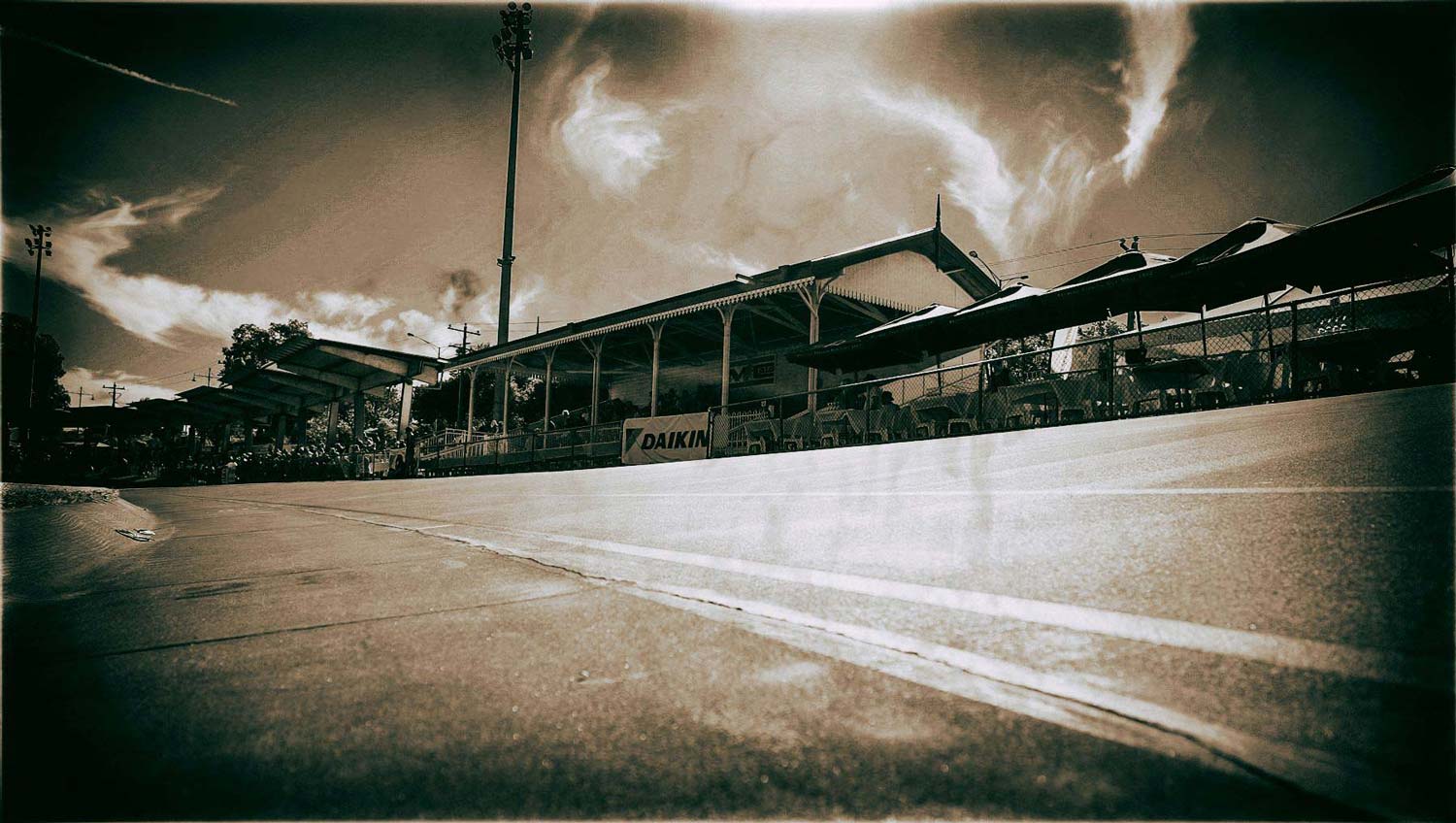 Last weekend saw the running of the famous Bendigo Madison, won by Nettie Edmondson and Jessica Lundy on the Saturday evening and Callum Scotson and Dan Fitter on Sunday.

There were more than 150 events contested over the weekend and we are grateful that local photographer Dion Jelbart was able to go along and capturing some of the action (and atmosphere).

This was the ‘comeback’ race for Jelbart who, late last year, suffered a horrific accident near his home. He would be out of action for a couple of months after a fall from his bike but, upon emerging from a coma, he set himself the goal of being back behind the camera by the time the Bendigo Madison came around.

Below you’ll find a quick Q&A with Jelbart who explains what happened to him a week before Christmas and how he’s come back to be doing what he loves most: photographing cycling.

We also present a brief gallery of images shot by Jelbart in Bendigo over the weekend.

RIDE: I’m talking with Dion Jelbart, who has done some photos for us in the past and I’m really pleased to say that he’s back from an accident that happened late last year. He’s submitted some photos from the Bendigo Madison on the weekend and it’s a pleasure to get some of his fantastic photos – but it’s also a pleasure to see him back at the track and doing what he loves.

Welcome to our little chat. I wonder if you could just give us a brief history of what happened in the last little while.

Dion Jelbart: “About a week before Christmas I was having dinner with my friends just around the corner and just had to pop back to put the kids to bed. On my way back to my friends, while riding my bike to just four door up from my house I’ve come off somehow – it’s still a mystery – and that’s about all I remember.”

And you got knocked into a coma and you were out for a good couple of weeks, weren’t you?

“Yeah, I was in a coma for roughly two weeks and it probably took me three or four weeks after that to sort of know who everyone was.

You hypothesis is that you got knocked down by a kangaroo. Is that right?

“That’s about the only thing I can think of: I’ve been hit in the side by a kangaroo that just jumped out from nowhere and knocked me off my bike.”

That’s incredible. So you live in Bendigo and you therefore went along [to the Madison] on Saturday night and got some beautiful photos. What was it like being back at a bike race behind the camera and in a working capacity?

“It was unbelievable! I guess it was my big goal, to do the Bendigo Madison, after waking up in hospital.

“And I had an absolutely amazing time. It’s something I won’t forget.” 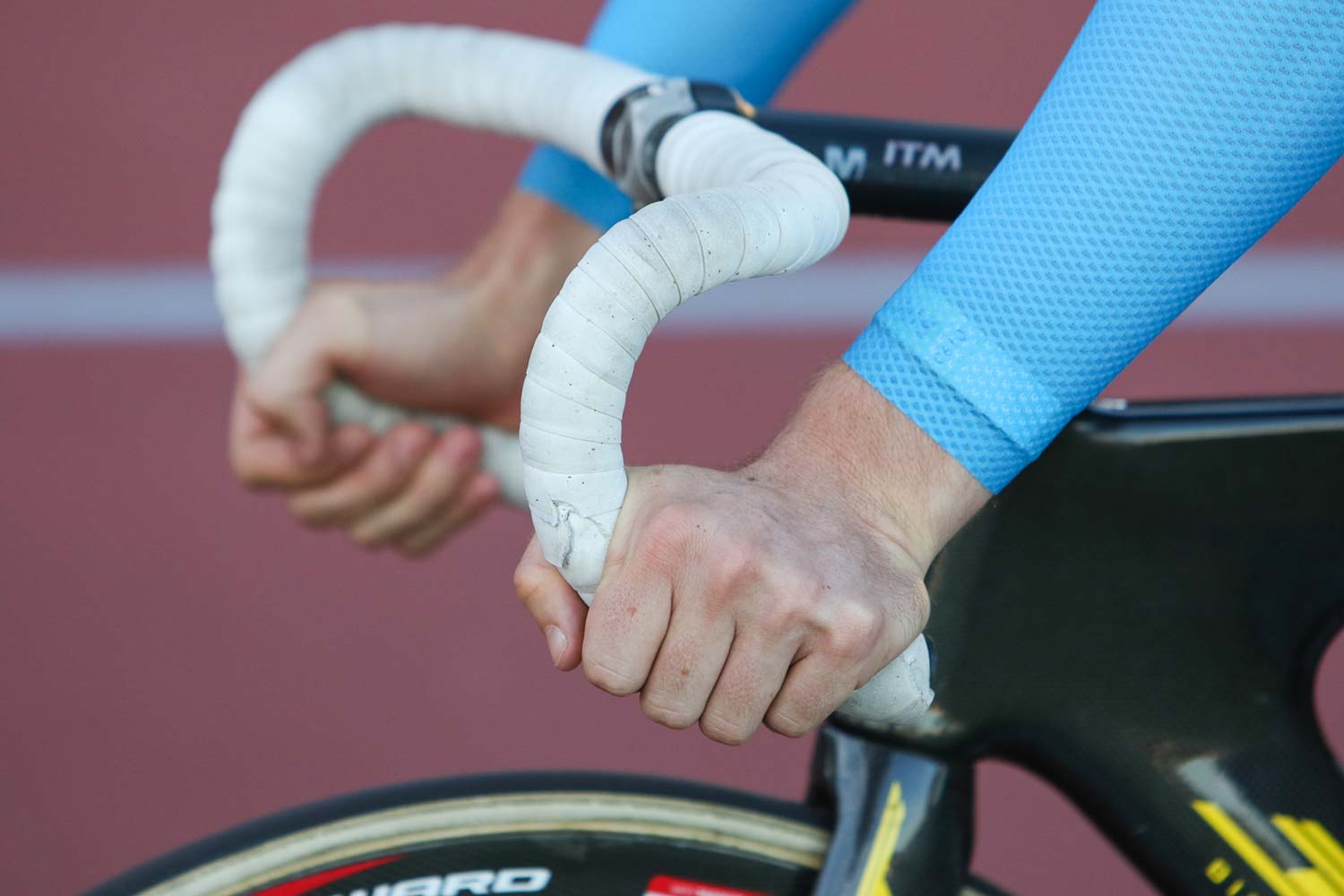 What does bike racing mean to you Dion? I guess you’re looking at everything through a different vision now, aren’t you?

“Oh for sure. I’ve always liked bike riding, since I was probably 12. I don’t really race much anymore because I’ve got a family…

“I just love the atmosphere, the bikes – just everything about it.”

And the difference of shooting pre-accident and post-accident, is there a change in you?

“Right now I don’t think there is. It’s hard to say if maybe I’m a little bit better now than what I was before.

“I got home from rehab and [my hands] shook the first time I touched the computer to edit a photo and that was really scary but now they’re 100 percent fine. That was all within the last three weeks, so I’m very lucky.” 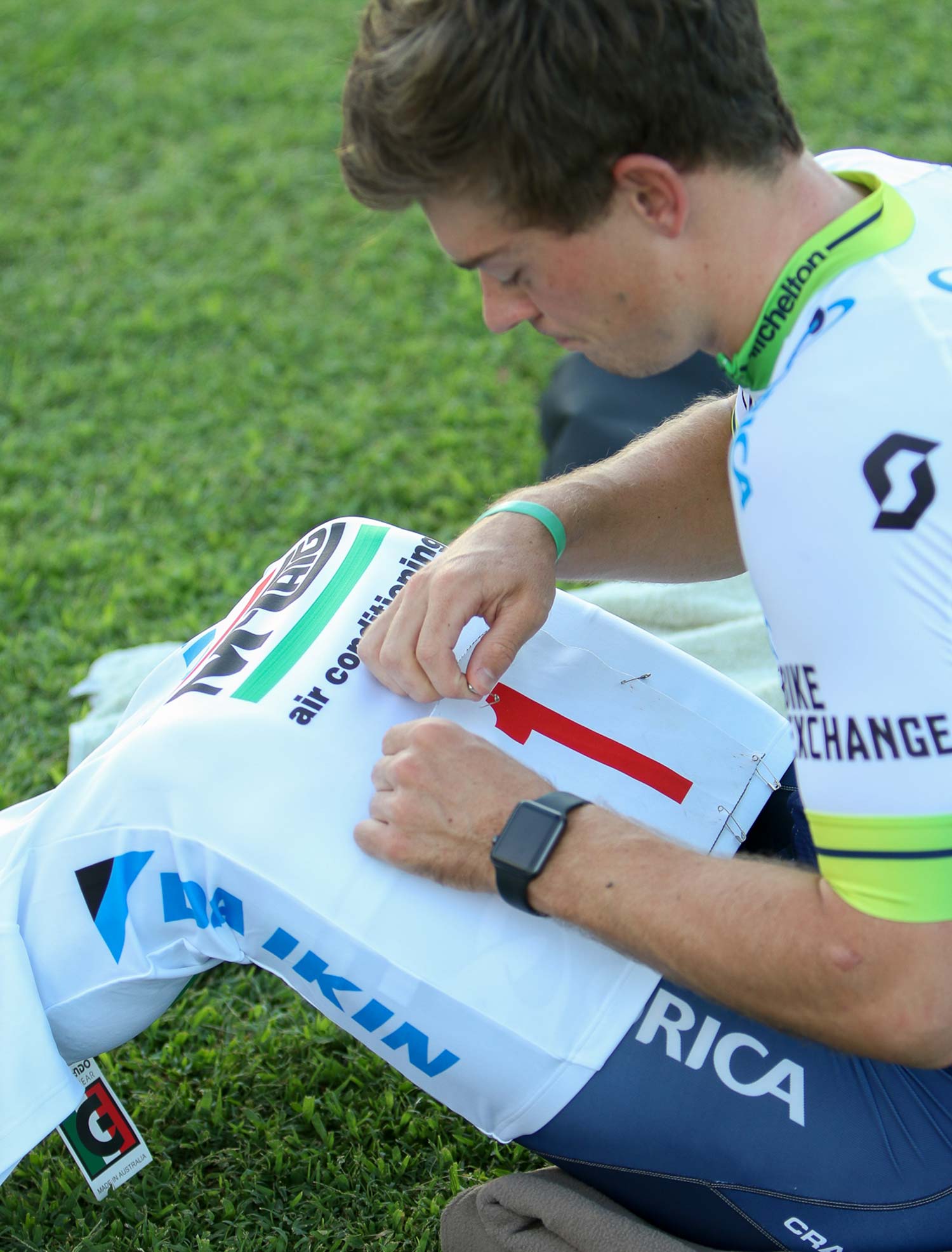 What was the actual diagnosis of your injuries?

“My wife is probably the best person to ask…

“I was in a coma and my brain was really swollen. [The doctors] had to turn off my brain it didn’t get too big because that would have given me severe brain damage.

“Thank god that it all worked out okay.

“At the moment I’m almost back to normal. There are just a couple of little things that need fixing but overall I’m pretty good.” 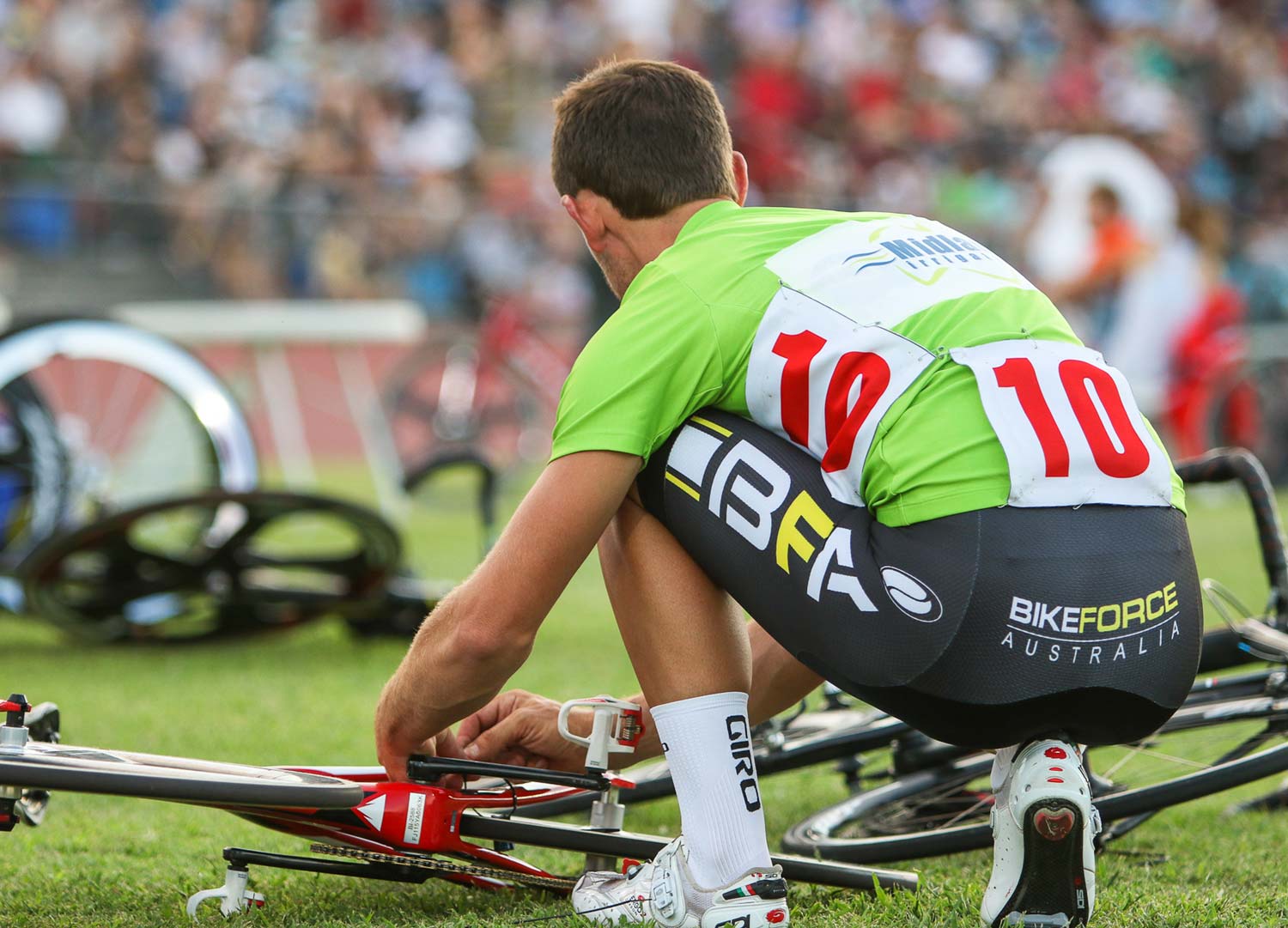 A topic has been raised in recent weeks – especially with the coming and going of the track world championships – about the popularity of track racing. You are in a town which does embrace that style of our sport. What do you reckon can be done to make track cycling a little bit more popular, like it was ‘back in the day’…

“That’s a good question. I think about that a lot. I guess everyone has got a different point on that…

“Having seen an overseas track race and then coming back to a big race in Australia, I noticed a huge difference. The main things would have been the music, the entertainment…”

What does Bendigo have that, for example, Sydney doesn’t? Where you can draw a crowd for a track race…?

“I’ve never been to a big race in Sydney but I guess Bendigo has just got the history, it’s been around for such a long time. Even some of my friends who are European track riders recognise that it’s such a huge thing to win the Bendigo Madison even though there’s no big prize. It’s just a huge thing to come and be part of it all. And if they win, they win…” 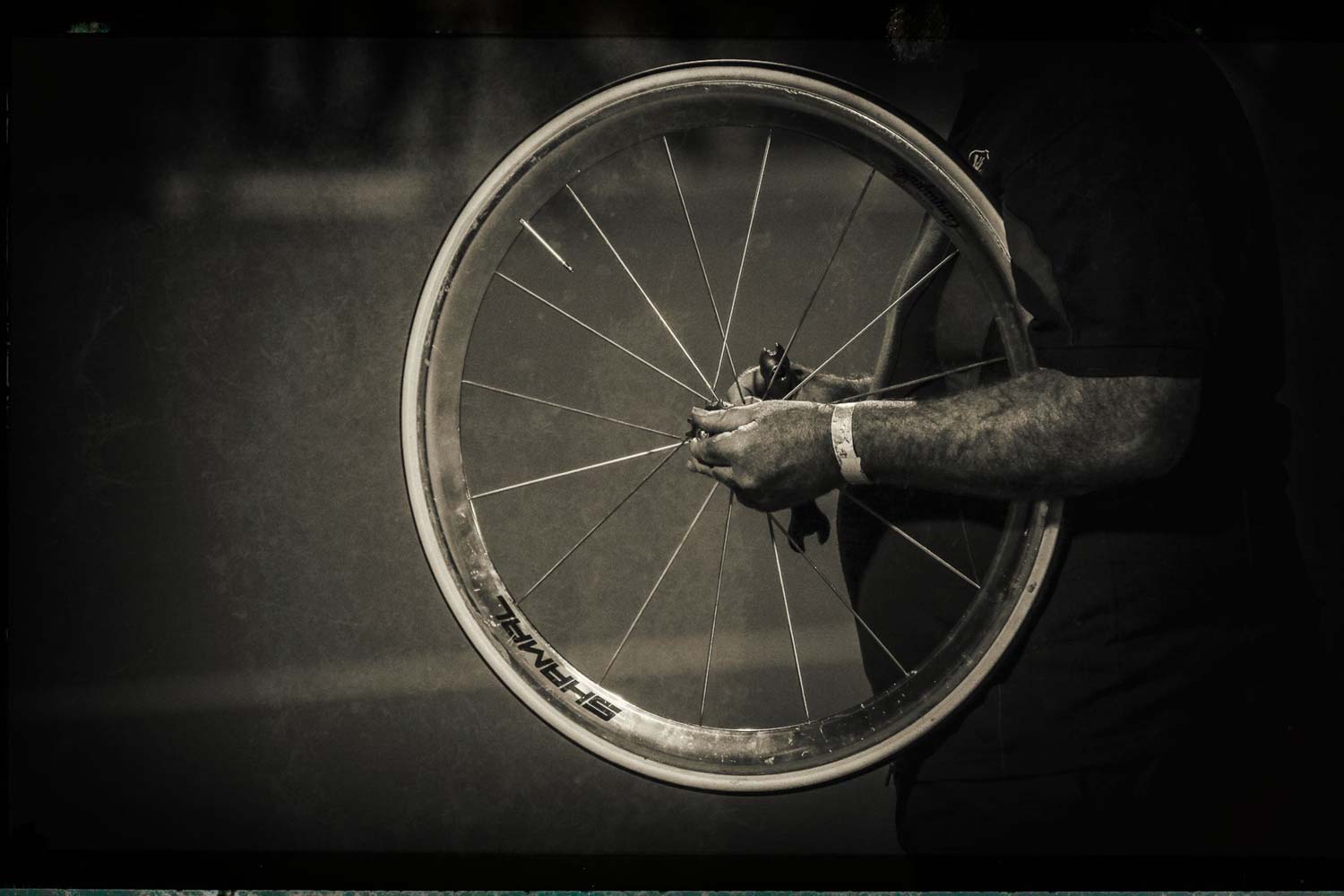 In the lead-up is it a big reference point in the community? Do people talk about where they’ll be on the night of The Madison?

“Not really. A lot of my close friends probably aren’t really into bike riding but everyone I know that follows bikes or loves bikes, they definitely would be there. They wouldn’t miss it.”

And just a quick overview of the action… because I gather you’ve got wheelraces and all sorts of things happening in the lead-up to the big event. Is that right?

“Correct, yeah. It’s pretty full-on. I didn’t get there too early because I need a rest but I saw heaps of action before the main event: keirins, scratch races, heaps of women racing as well… and this year, on the Friday night, they didn’t have a criterium instead they tried out something different and they had kids racing. A lot of the madison riders were there to say hi to the kids and they could get their autographs. That was awesome.”

I think it’s in communities like Bendigo where cycling really has its grassroots and it’s great to have you back behind the camera and I’m thrilled that we can share some of your photos on our site. 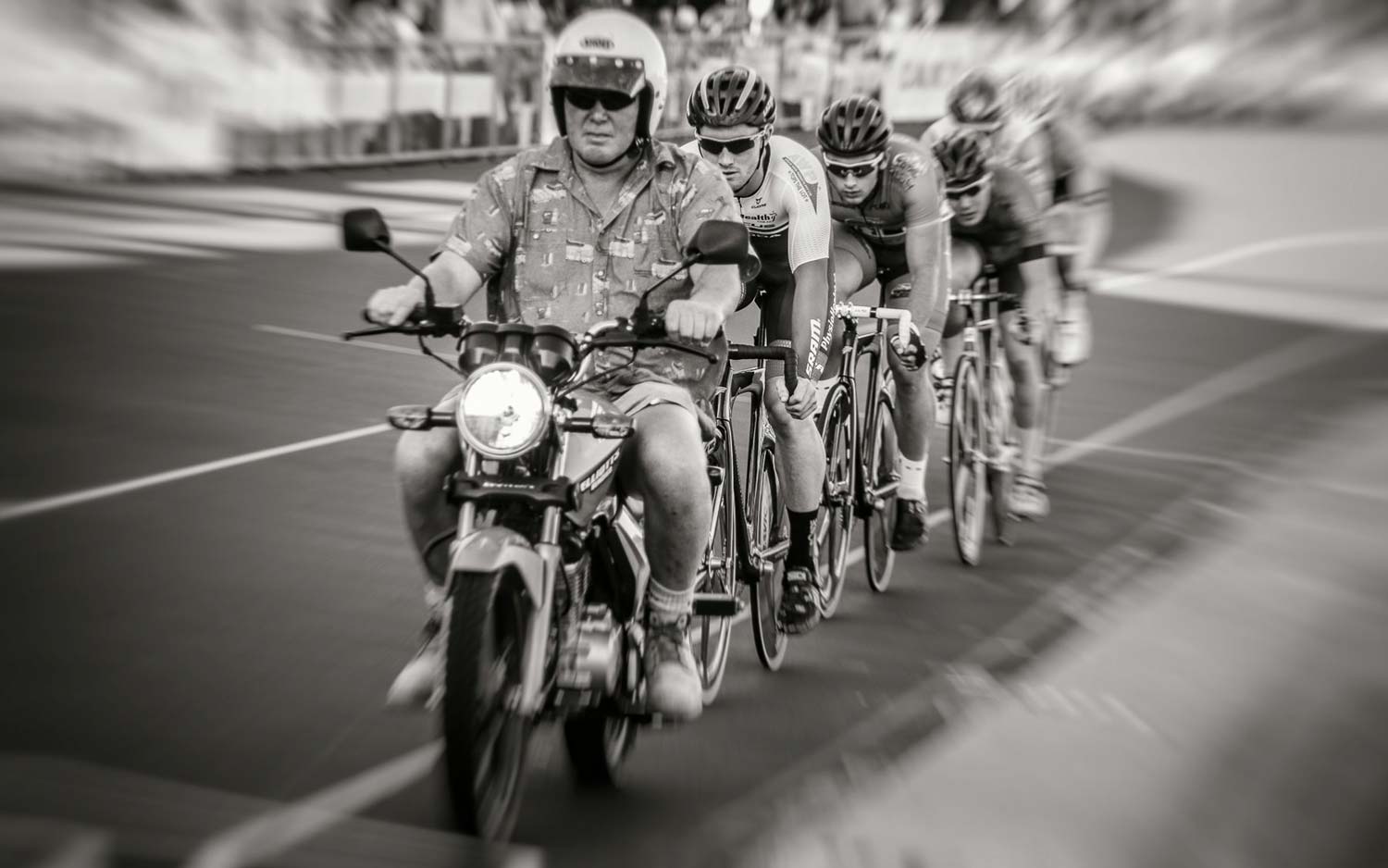 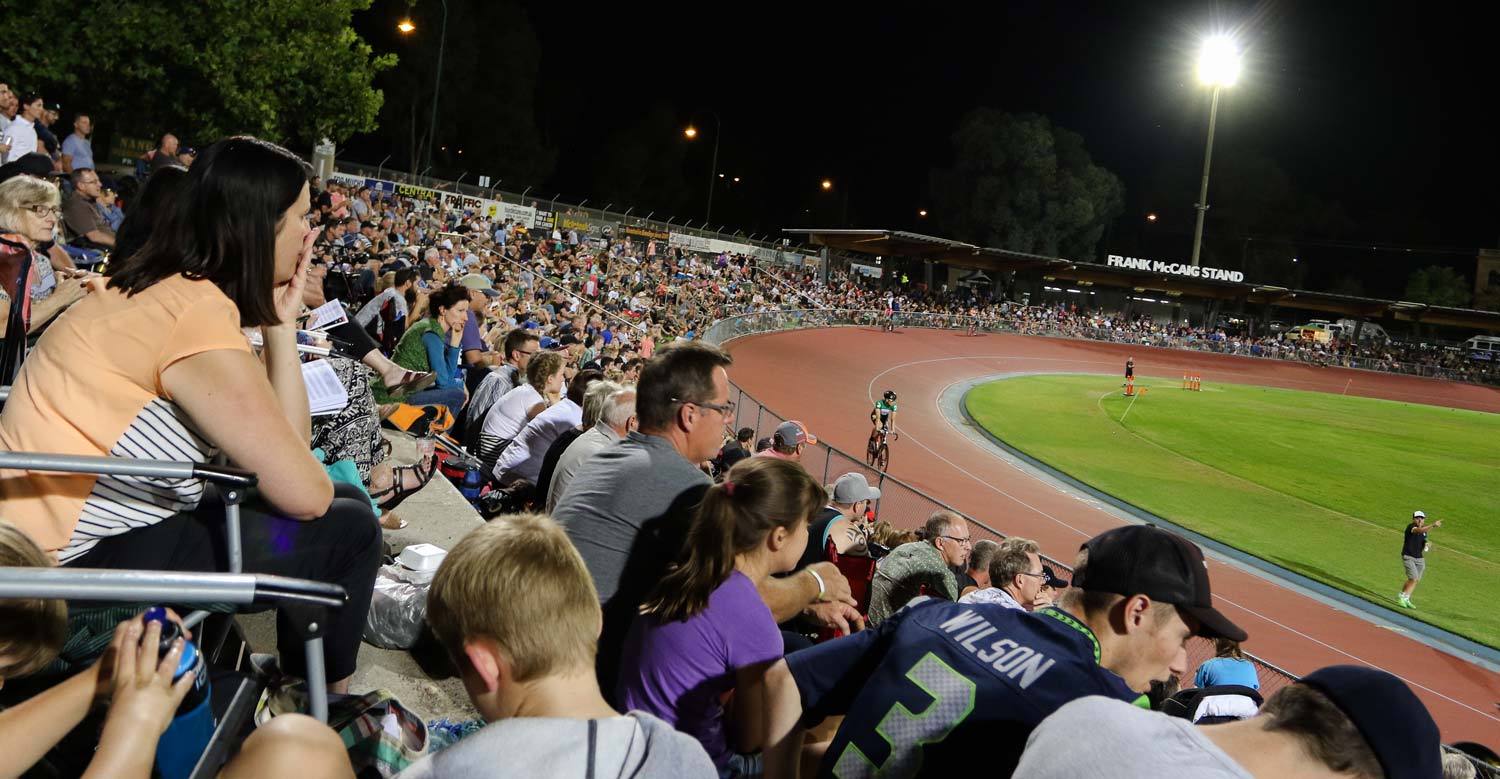 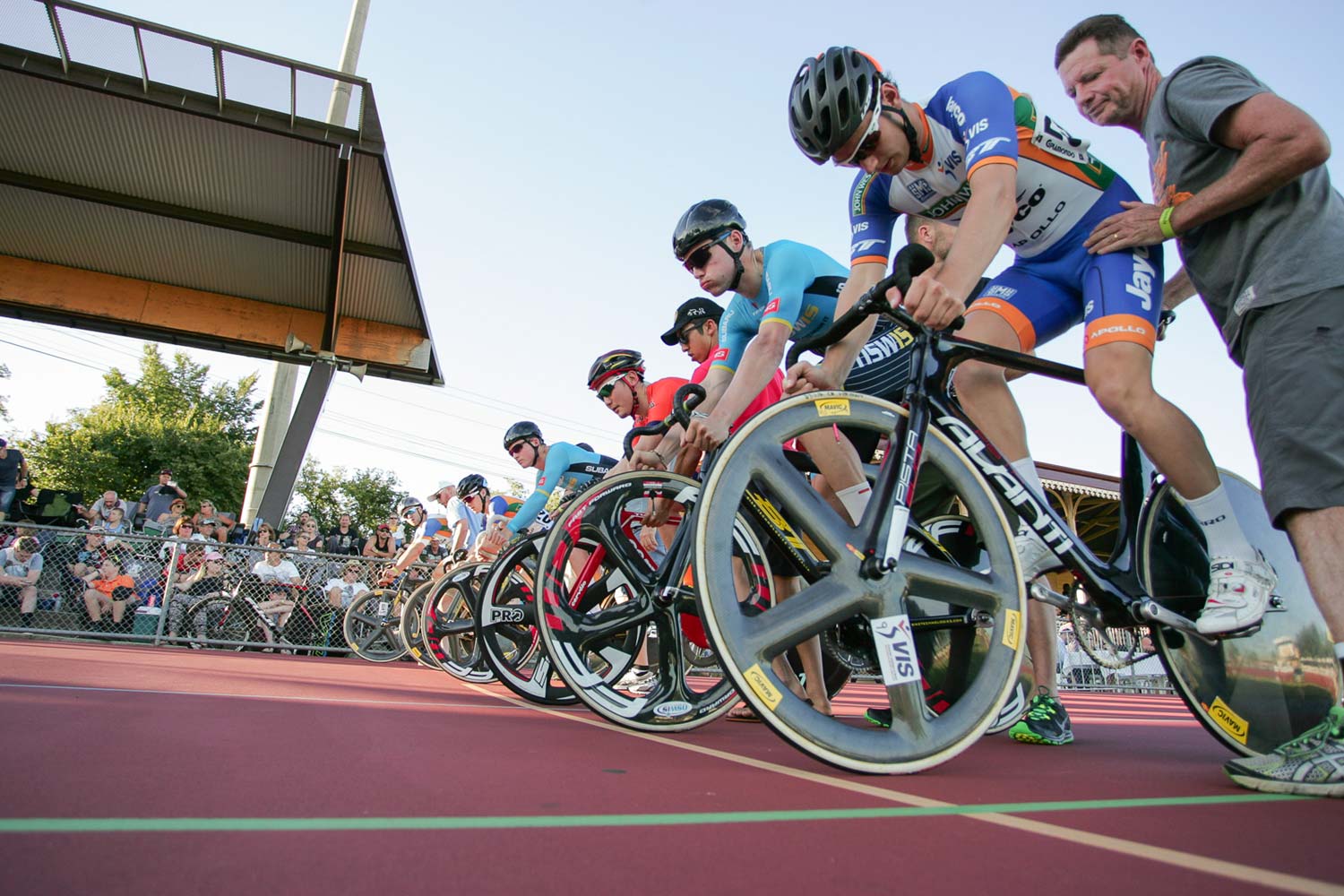 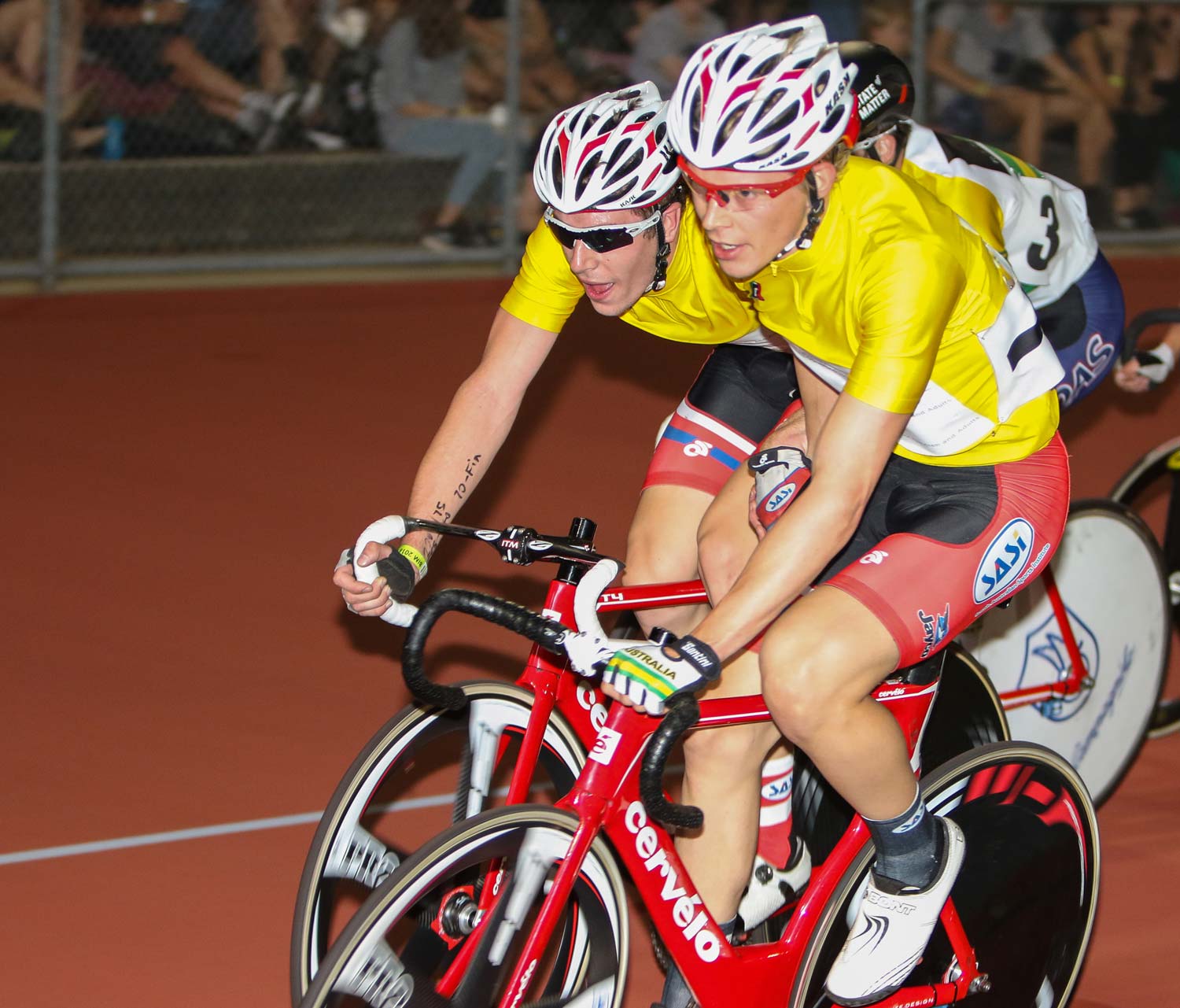 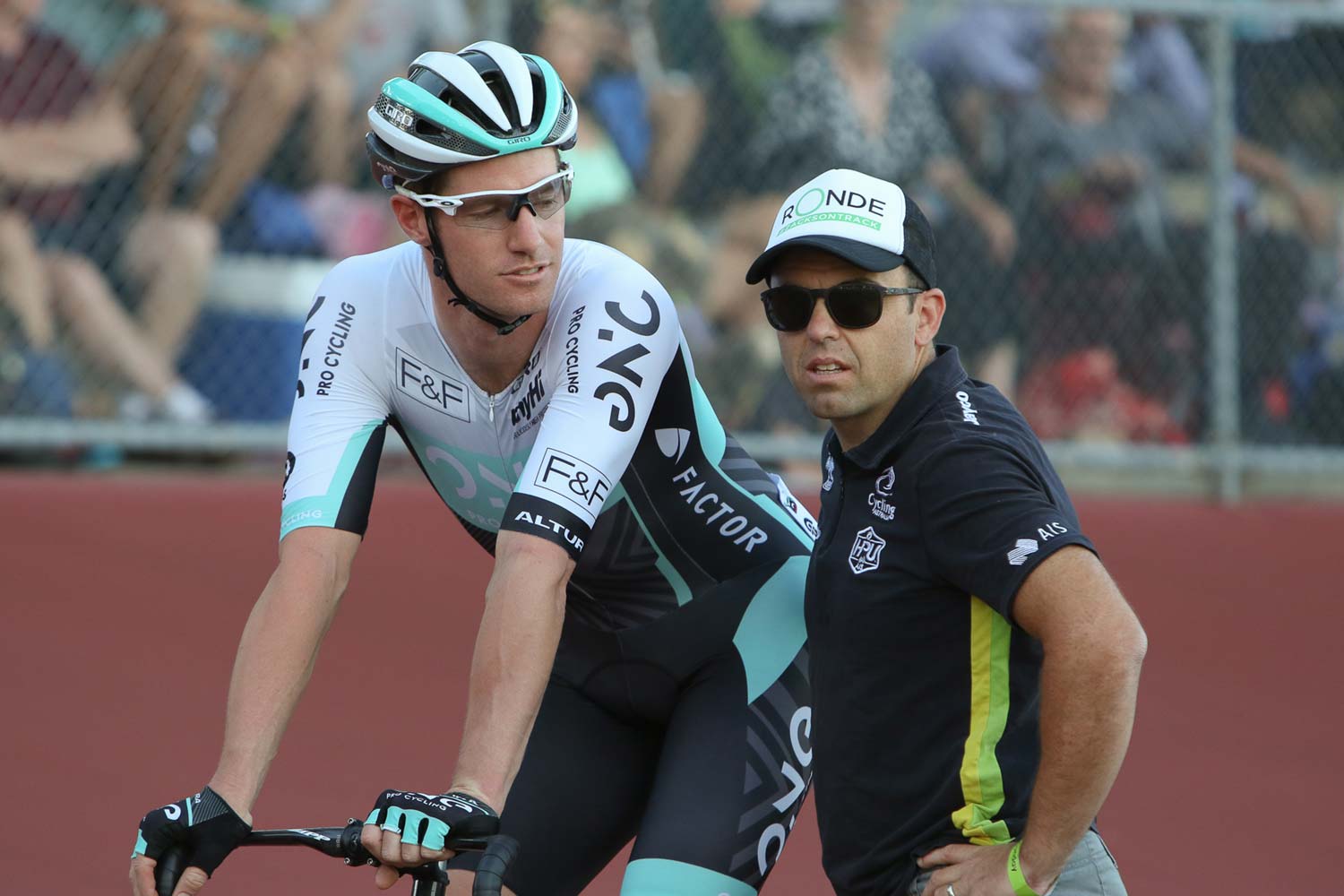 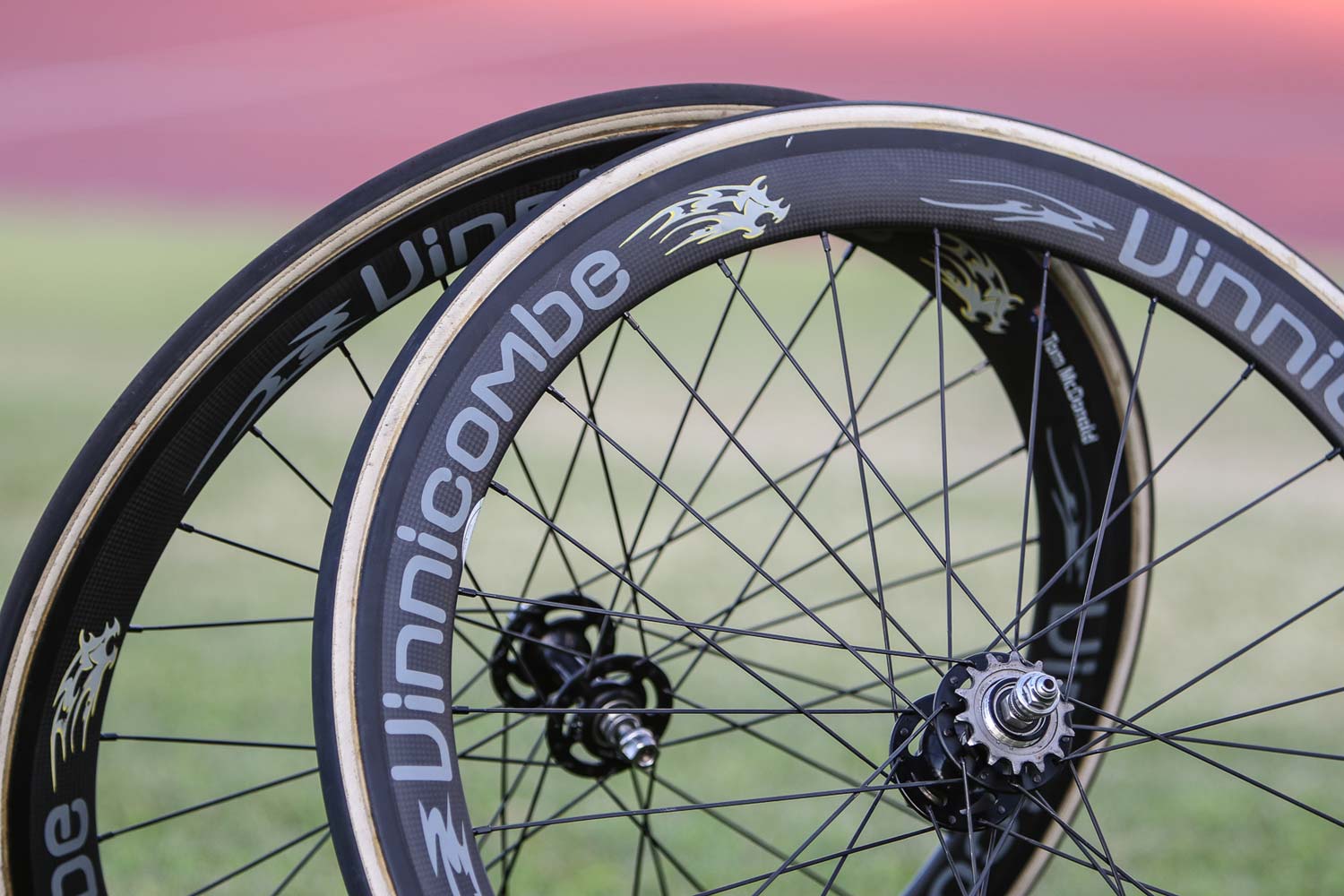 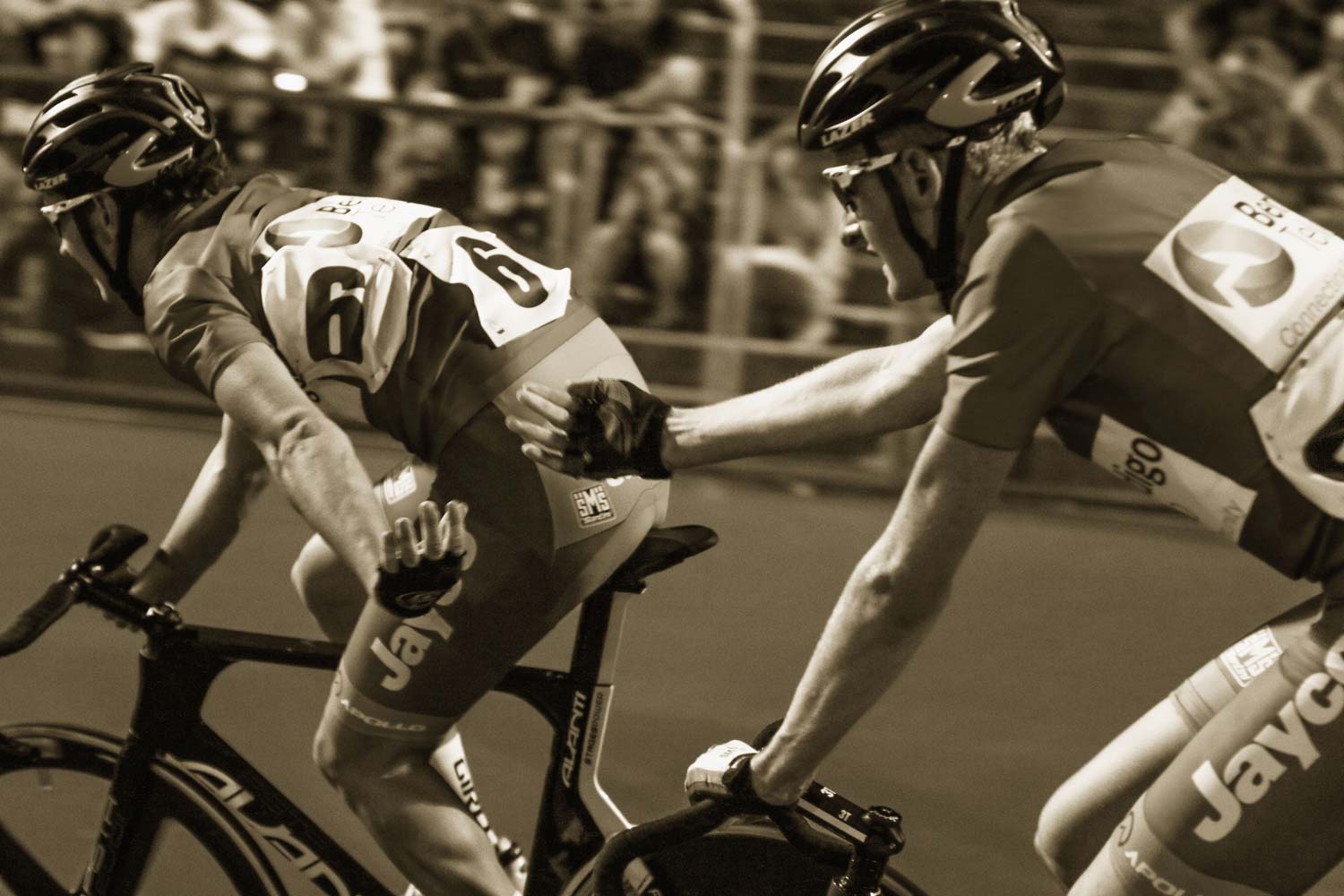 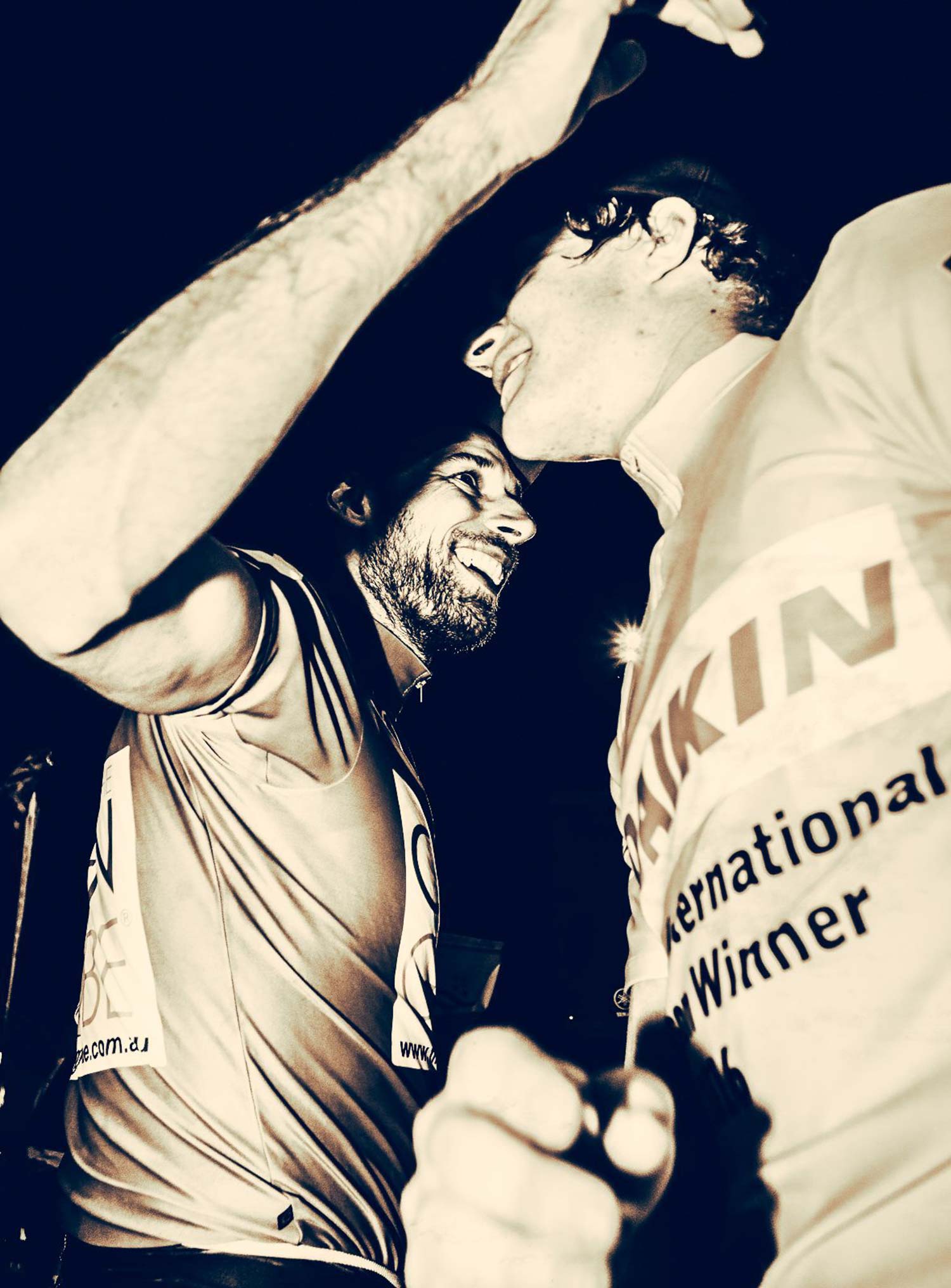 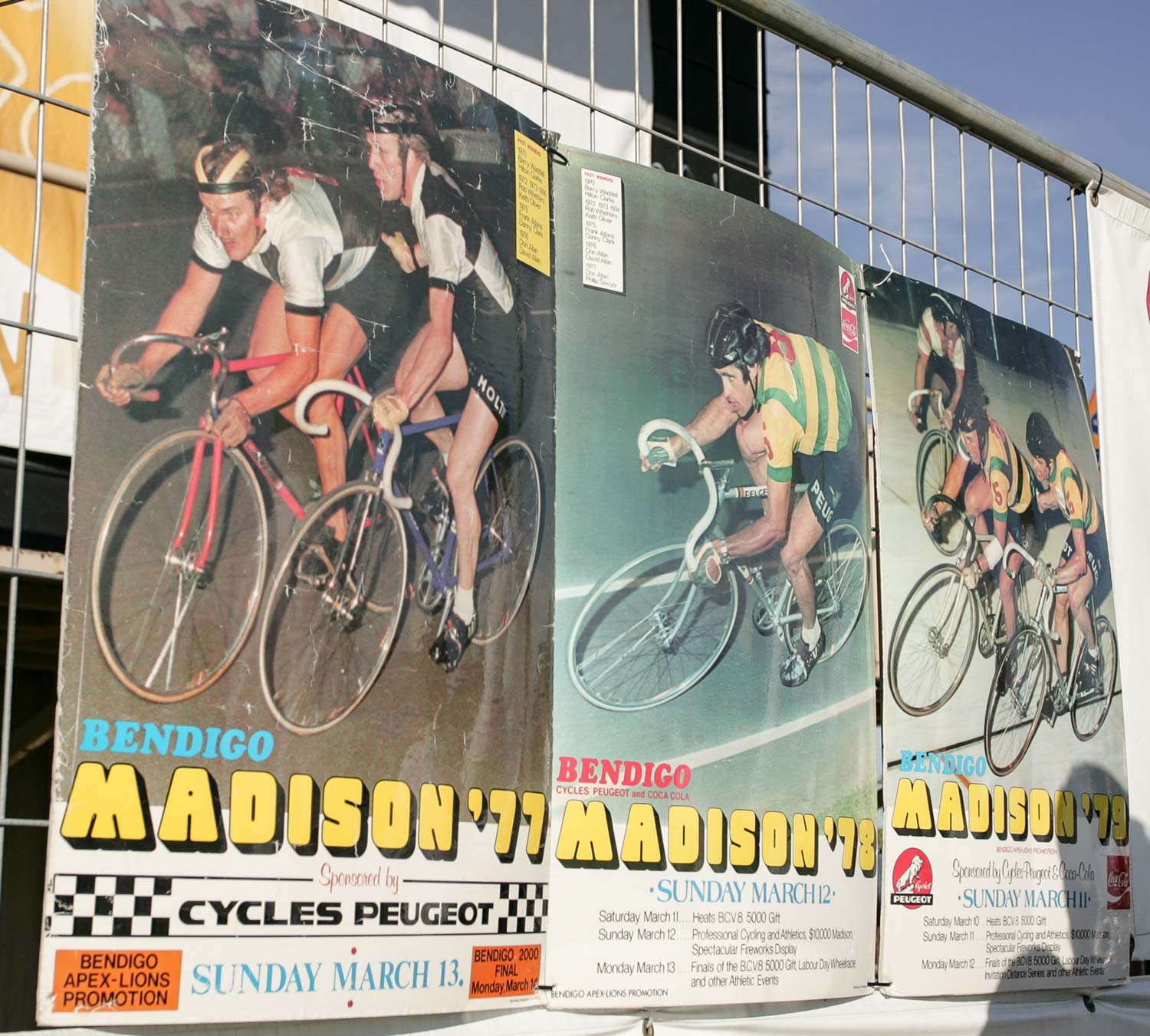