Cameron Meyer successfully defended his road race national championship on Sunday. Next up the Melbourne to Warrnambool and a later-than-usual return to Europe, then the Giro d’Italia and Olympics… if all goes to plan.

Cameron Meyer pulled off a stunning win on Sunday, a victory for the ages in a road race that many will remember for a long time yet. With thanks to a rip-roaring effort from team-mate and fellow West Australian, Luke Durbridge, the defending champion won the #RoadNats again.

What comes next? Where do we start? In ordinary times, there wouldn’t be a moment to spare for Meyer who has a big season ahead of him. He’d usually be jetting off to Europe to take advantage of his summer-found form, but not in 2021. This year he’ll stay home for a little while longer and return in time for races in advance of the Giro d’Italia (8-31 May 2021, if all goes to plan). 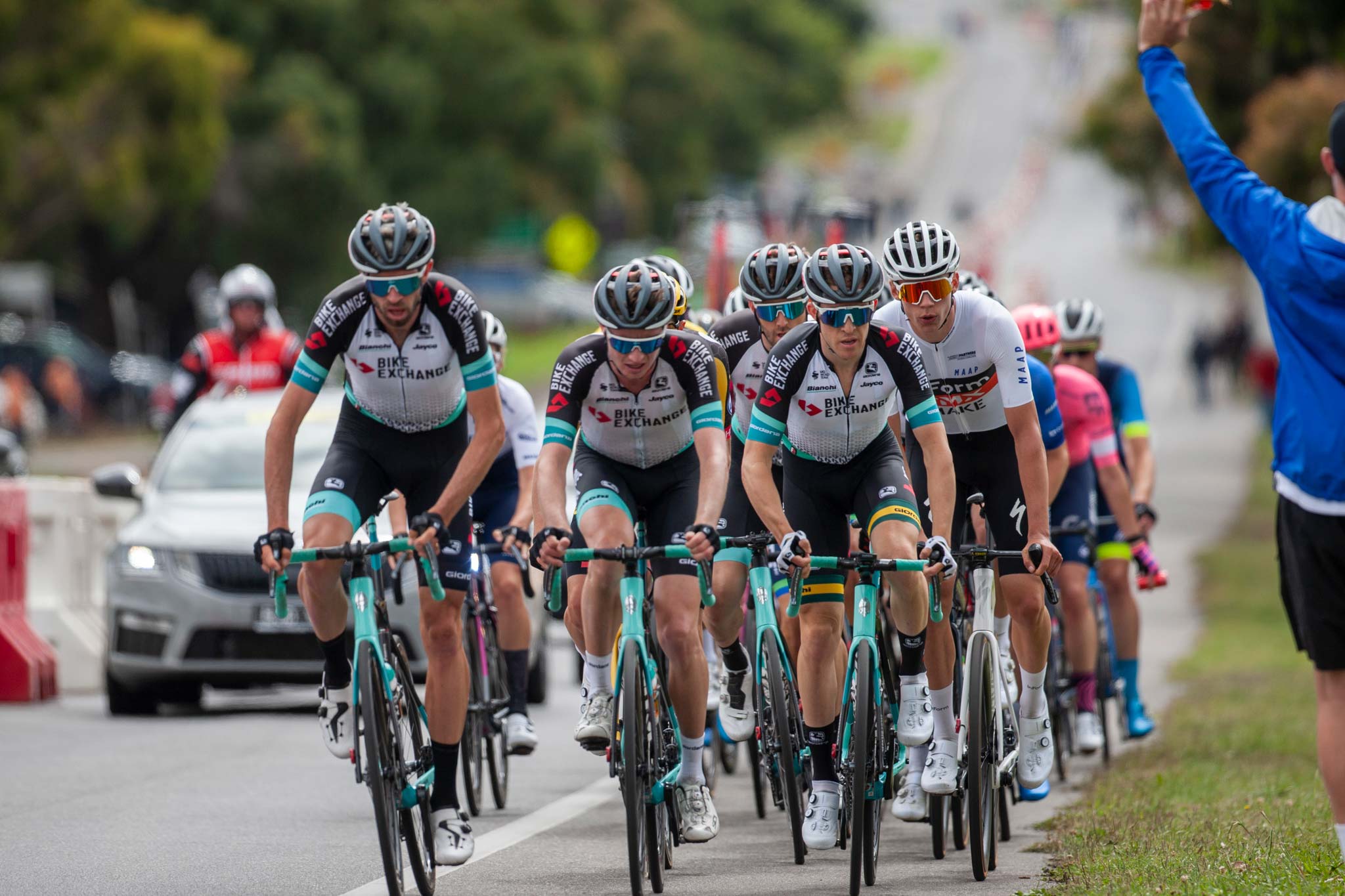 Meyer spoke with RIDE Media three days after his nationals win and in the video interview (above), he details the complexities of juggling multiple ambitions for what promises to be a confusing season of racing.

Before explaining how he expects to be part of the Aussie team for the Tokyo Olympics, he offers an overview of the win in Buningyong. Again, just as he did moments after crossing the finish line, he gives credit to Durbridge for his work as a super-domestique on Sunday.

“That was one of his all-time great domestique rides,” says Meyer of ‘Durbo’.

“He’s an unbelievable engine but it’s not just what he can produce in power on the bike, it’s his attitude. And his commitment to a team member is second to none.

“He’s there when you really need him. He isn’t thinking of himself at those critical moments.

“He would have loved to have won the race but he knew at the moment, coming down to the final, I was quicker than him.” 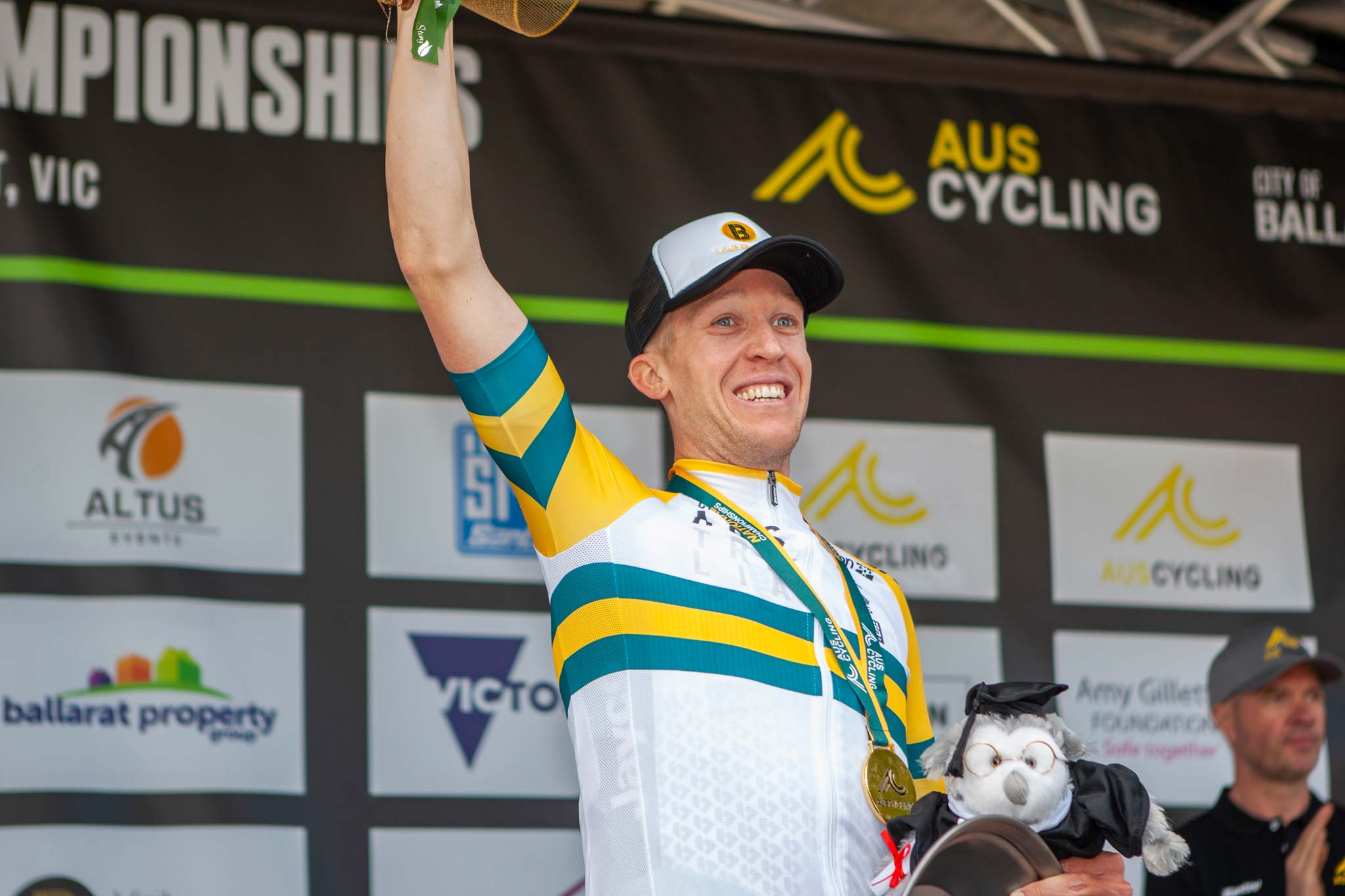 As we saw in a compelling race, the winner had to have some sprint speed. Durbo is more like a diesel – and his engine certainly kept on keeping on for the crucial closing laps.

“What really won it for us,” says Meyer, “is the understanding between him and I.

“At four [laps] to go, we were having deep conversations about how we were going to do [it]. He came to me and just backed me from four to go, even though I didn’t feel good, and [he] just nursed me through that last period of the race.

“Even when we were coming into the final in the last five kilometres, he just took so much of the pressure that I didn’t have to think.

“I knew any of those flyers – like James Whelan, who tried to attack… that Luke was there to cover any of it, and keep the speed high. And I could concentrate on my job – and my job was inside that last 200 metres.

“That trust aspect, of knowing that Luke Durbridge is going to look after you, is something special.” 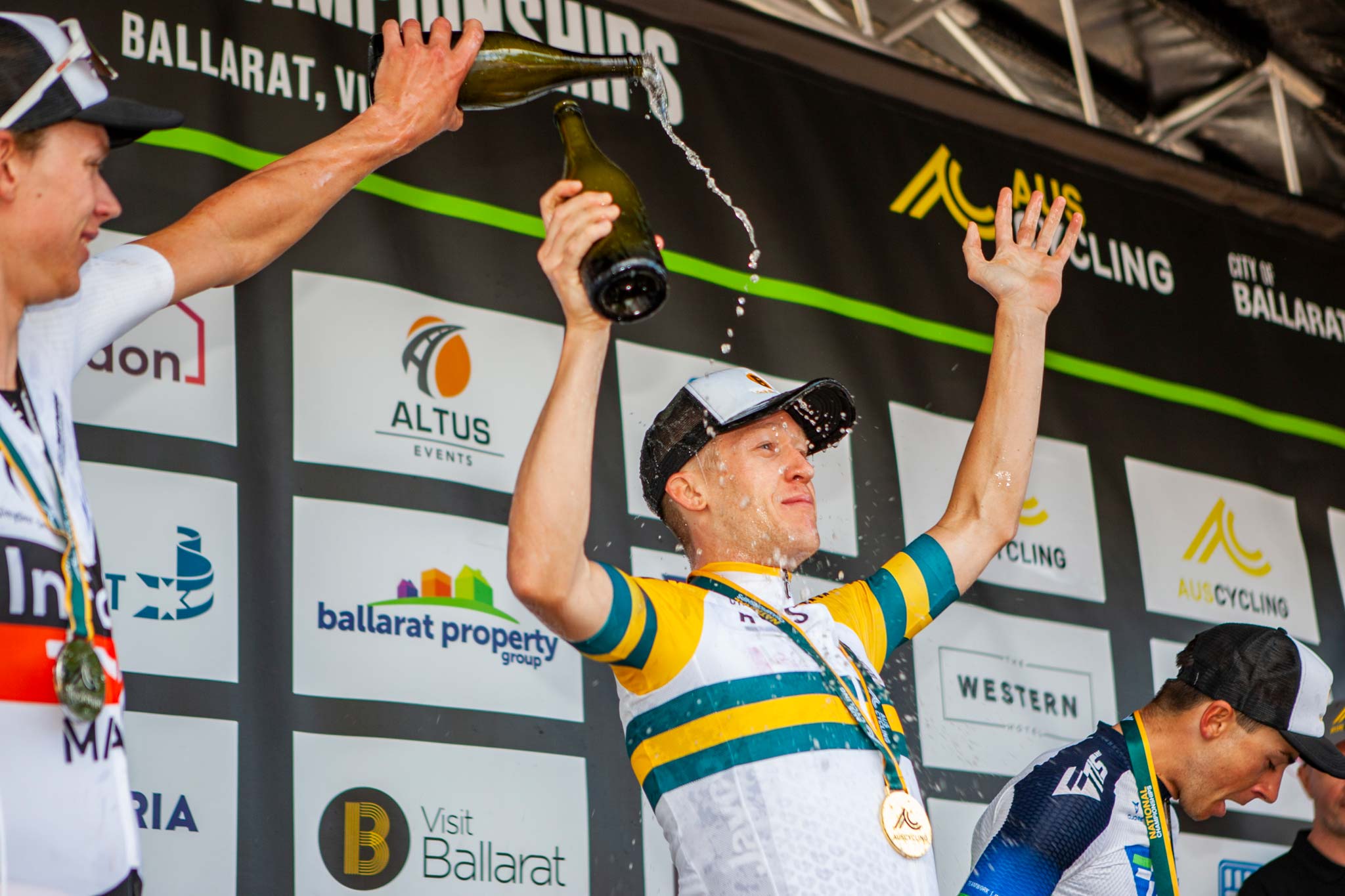 When the original selection for the Tokyo Olympics was announced (ie. when it seemed it might still go ahead in 2020), Meyer’s name was absent from the track endurance line-up. This seemed a little strange, given that he had made the Games a focus a long while ago.

He was racing with good form, but five others made the list ahead of him. This isn’t some curious anomaly, rather all part of the plan hatched well in advance of any trip to Japan.

There is the chance for cyclists to mix disciplines and that is how it still looks like playing out should the Games go ahead later this year.

Meyer explains that the aim is for him to race the track events… as well as the road race*. Of course, this needs the asterisk (much like everything in 2021) and the follow-up: if all goes to plan.

We wait to see what unfolds for the rest of the season but for now Meyer can be content that one of the things planned for 2021 did work out. The appraisal made by Durbo while they lapped around Buningyong was indeed correct. Meyer did have the sprint speed. He could last the distance. And he could pull off a stunning surprise.