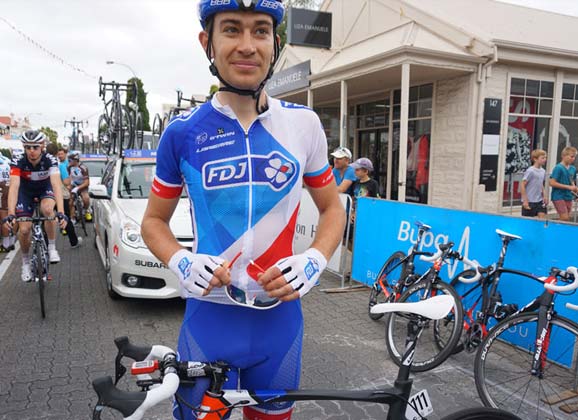 “I need to do other things – not only riding.” Jérémy Roy is not your typical pro cyclist. The Frenchman is paid to race his bike but there’s more to his life than that trade alone. He enjoys what he does with the FDJ team – but it’s not the only thing. He needs diversity, an escape from the monotony of one race after the other. When asked about his many interests, he laughs and explains: “I need to have an occupation for my brain.”

To do this, he’s teaching himself to use an edit suite and although he’s far from a master of production, the 31-year-old is a fast learner.

It’s early days in his film making career but within a day of uploading a YouTube clip showing his perspective of stage one of the 2015 Tour Down Under it had over 30,000 views. No records were set, but he’s the only one in the race who is creating footage from inside the peloton.

RIDE caught up with the versatile rider – who also has an engineering degree – to find out more about his new hobby.

(Note: Part two of his TDU project was uploaded only a few hours after stage two…) 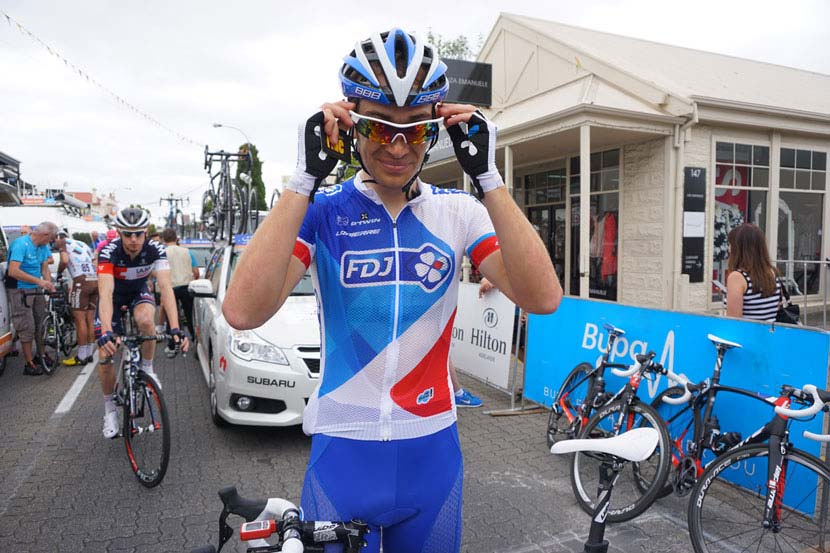 “I saw on-board cameras last year,” he told me before the start of stage two, “and I tried it one time in the Tour de France but it was not my personal camera. After that, I recorded the Classic de l’Ain in August and the Tour de Poitou Charente so there were four or five videos and I made a ‘best of’.”

There are 32 clips on the Jérémy Roy YouTube channel. He’s been a pro cyclist for 12 years and most of his uploads relate to his time on the bike. But only a few are from inside the peloton.

It was an experiment that is leading him to try new things and one of them is an initiative to document his visit to Australia this January.

There is the Velon group that launched with much fanfare late last year; it involves 11 teams from the WorldTour. The idea, says the introductory release, is to “create a new economic future for the sport and bring fans closer to the riders, races and teams – by working together and in partnership with others”. Great stuff. We’re all for it… aren’t we? It sounds like a great idea: seeing cycling is what the fans want. Alas, for all the fuss, there’s been little follow-up. And this brings us to Roy and his home-movie projects from inside the peloton.

How did it come to be that one man was able to do what a consortium seems unable to do for the opening round of the UCI’s biggest road racing series? Was it difficult to achieve? Was it a clandestine gamble, a snub of the rules? No. Roy simply asked if he could do what he wanted to do and he was told, ‘Okay’.

On y va: let’s go… inside the peloton courtesy of one man, a camera and a laptop. 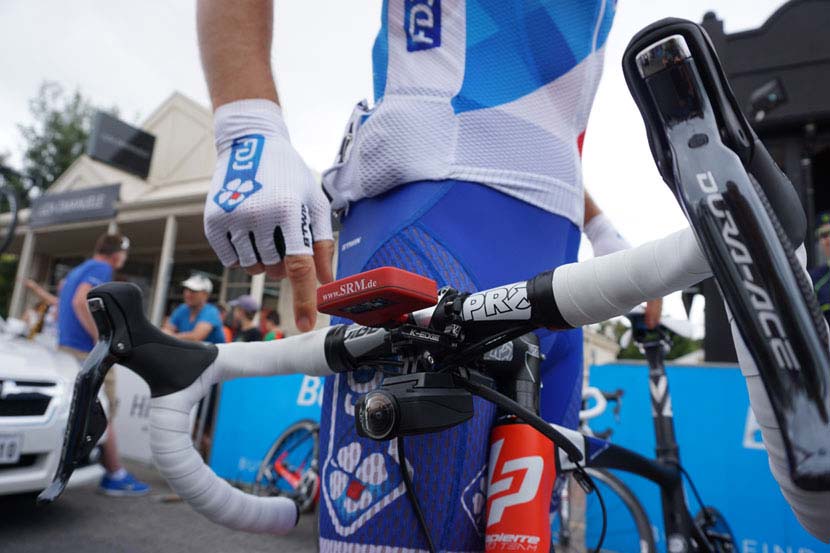 “I already asked for the authorisation because, with the UCI rules, it’s not allowed to record… [but] I bought my own camera and I asked the Tour Down Under for authorisation and the [organisers] needed to ask the UCI.

“The UCI said, ‘Yes’. And my team said, ‘Yes’ also. So I can record when I want during the Tour Down Under.

“After the race, we have time because the race [finishes] really early so I can make my production.”

And that’s what happened after stage one. It’s not a blockbuster, nor has it set any YouTube records but it’s one man doing what Velon has so far been unable to do: bring viewers a perspective from inside the peloton – just as technology allows us to do in the modern world.

Okay, it’s a highlights package but we’ve got to start somewhere. And Roy recognises that hours of such footage would only serve to frustrate his audience. An edit is necessary but he’s willing to do that.

“I try to produce a good clip that’s not too long because I know that it’s boring some times,” he said from the team van at the start of stage two in Unley. “I try to select some [clips] of interest and I think the [edit of the] first stage was a good highlight but I don’t know if every day it will be a good production.

“And I don’t know if I’ll always have the time.”

Shortly after our chat, he stepped out of the van and walked over to his bike where he installed the camera, clicked in to his pedal and set off for the 150km stage to Stirling. On the first climb, race radio announced the candidate for the first attack, “111… Roy”. It wouldn’t last long, but at least it’s likely that we’ll not just hear about it or read about it in analysis of the stage, but we may even see it.

Going on the size of the crowds that get to see a flash of colour speed past, it’s fair to say there are enough people interested in what’s going on this week in South Australia… so it’s also great to know that someone in the peloton is doing what he can to show them more.