Concluding our pre-race interview with Matt Keenan, one of the commentary team for SBS TV’s Tour de France coverage in 2020, he speaks about calling a sprint with Robbie McEwen before considering the chances of success of the two Australian starters in this year’s Tour, Caleb Ewan and Richie Porte… 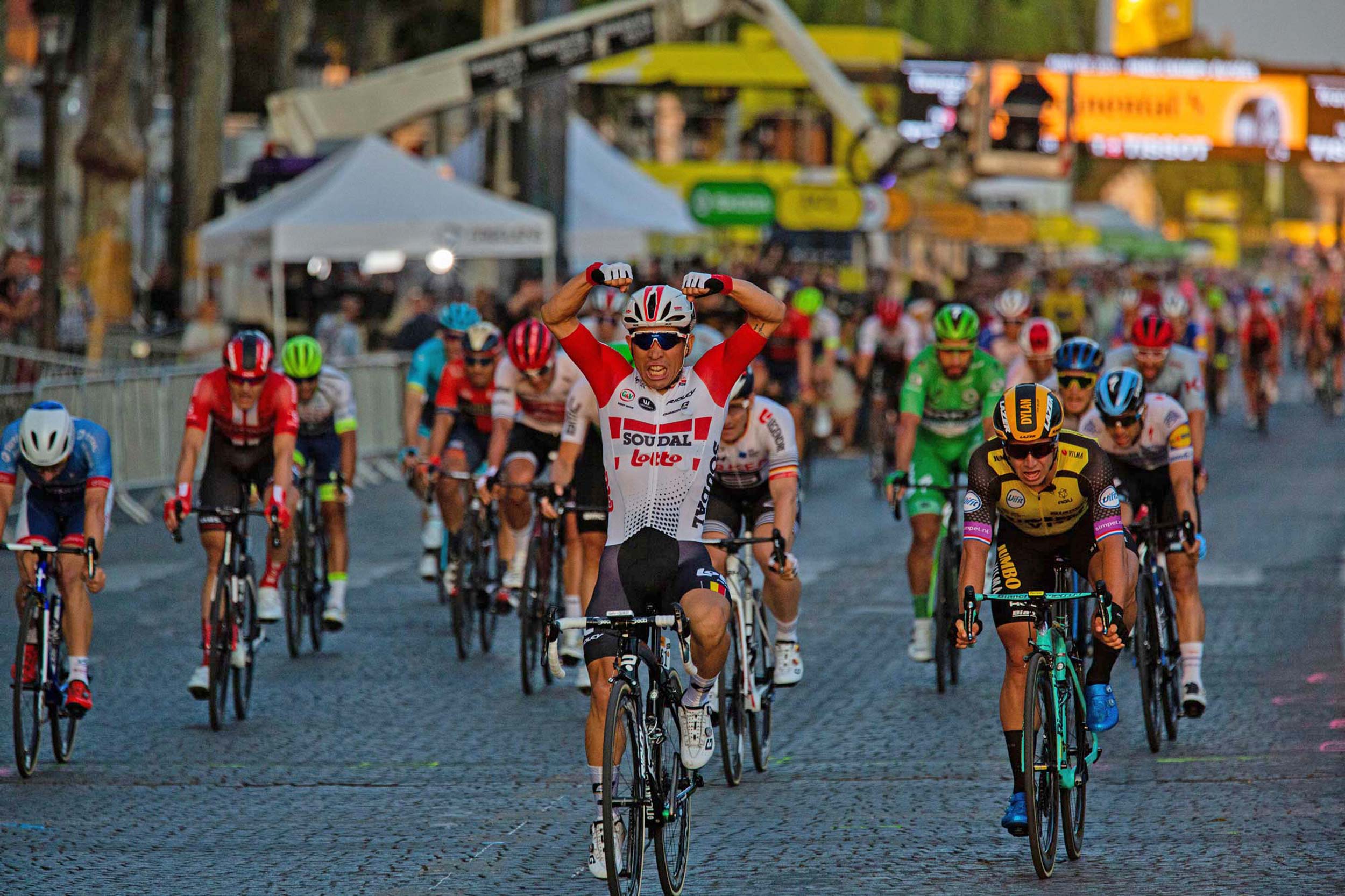 Caleb Ewan, the most recent winner of a stage of the Tour de France… at least that’s how it is with a few hours to go before the start of the 2020 race. (Photo: Zac Williams)

– Listen to the full interview, click the SoundCloud link below • Read part 1 –

RIDE Media: When it is coming to a sprint, for example, is there is a little bit of tension [about] who gets the right to speak? Or do you [and Robbie McEwen] tap each other on the shoulder…? [What] is the protocol?

Matt Keenan: “When we’re together, there is tapping each other on the shoulder and so on. But we’ve got a pattern in play, basically.

“As soon as it goes across the finish line, I stop talking and Robbie picks it up to give his expert analysis on what just happened.

“That’s our general play book in terms of calling that last kilometre, particularly in a sprint finish.”

RIDE Media: I like to hear that sort of detail; I know nothing comes by chance, and you’re a well-prepared man. But now that you are not doing the international feel and you’re [calling] for SBS exclusively, does it feel a little bit more liberating? You’ll be able to be a bit more parochial, or is that not your style anyway?

Matt Keenan: “I’ll try not to be, but I bet I am – a little bit like when Mathew Hayman won Paris-Roubaix. That was just for SBS and my mentality going into the commentary box is to follow one of Richie Benaud’s eight rules of commentary, which is: ‘There’s no team called us or them…’ but when Hayman was going into the velodrome with Tom Boonen [in 2016], how could you not want Mathew Hayman to win?

“I’m sure there are going to be moments throughout this year’s Tour when we see Richie Porte or Caleb Ewan in with a chance to win, and because you know them a little bit better than some of the other guys – having watched them go through the process of chasing their dream from racing domestically and then internationally – sure there’s going to be a hint of bias every now and then.” 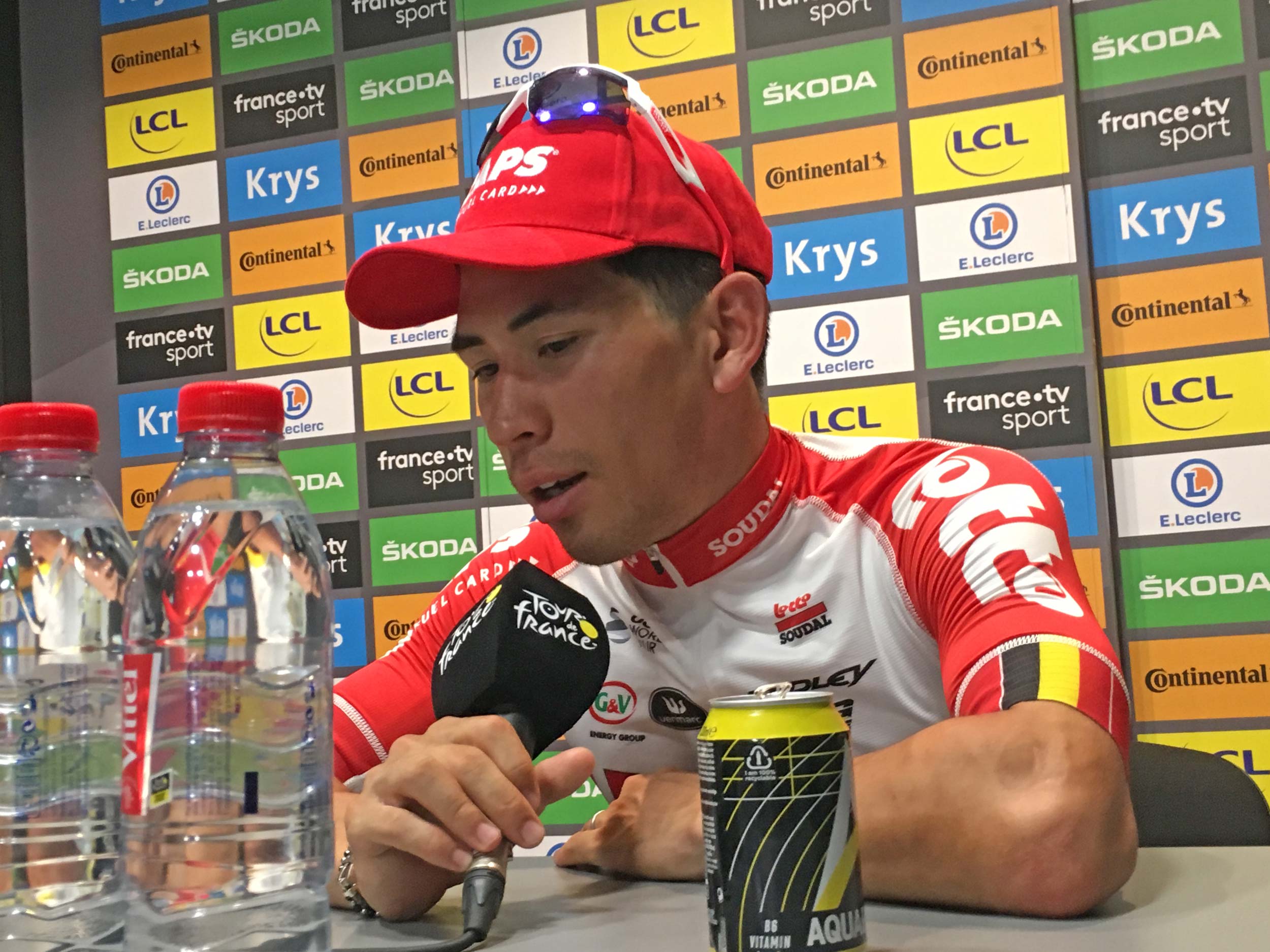 RIDE Media: It’s going to be a little bit more fun, I’m sure. It does sort of free things up a bit because when there’s only two of them, you really get to show some bias as well. But the two of them are going to have key roles in the race…

Just give me a quick overview on how you see this race playing out… let’s not even touch on the COVID concepts, if we could, and [rather] just talk about how the race may be.

Matt Keenan: “Do you want to talk about Caleb and Richie first? Just touch on those two?”

RIDE Media: Let’s go there. And then, onwards to the bigger picture.

Matt Keenan: “So, Caleb [who won] three stages last year; I think there’s four stage that I’ve got Caleb pencilled in as the absolute favourite [for].

“It’ll be interesting to see, if he picks up a couple of stage [wins] early, whether he does start to hunt the green jersey. He has made the statement that he’s not going to race for the green jersey. He’s just going to focus on stage wins. But if he gets enough [points] and he gets in the mix – and Peter Sagan looks a long way off where he’s been in the past – [Caleb] might decide: ‘Okay, this could be the opportunity for me to go for green…’ And I’d love to see that happen.

“The first stage, for Caleb, is touch and go. It might be a little bit too hilly. But he’s almost got a home ground advantage. It’ll be really interesting to see how aggressive that first stage is.

“He’s one of the few sprinters who has really got the team just about solely built around him. Everybody else, like Deceuninck-Quickstep with Sam Bennett; really strong team built around him, but they’re also got Julian Alaphilippe.

“If you look at a few of the other sprinters as well, they’ve got a team that isn’t just for their sprinter. Elia Viviani of Cofidis, they’re also working for Guillaume Martin in the mountains…

“So, Caleb has probably got the most team support amongst the sprinters. I’ve got really high expectations for him… 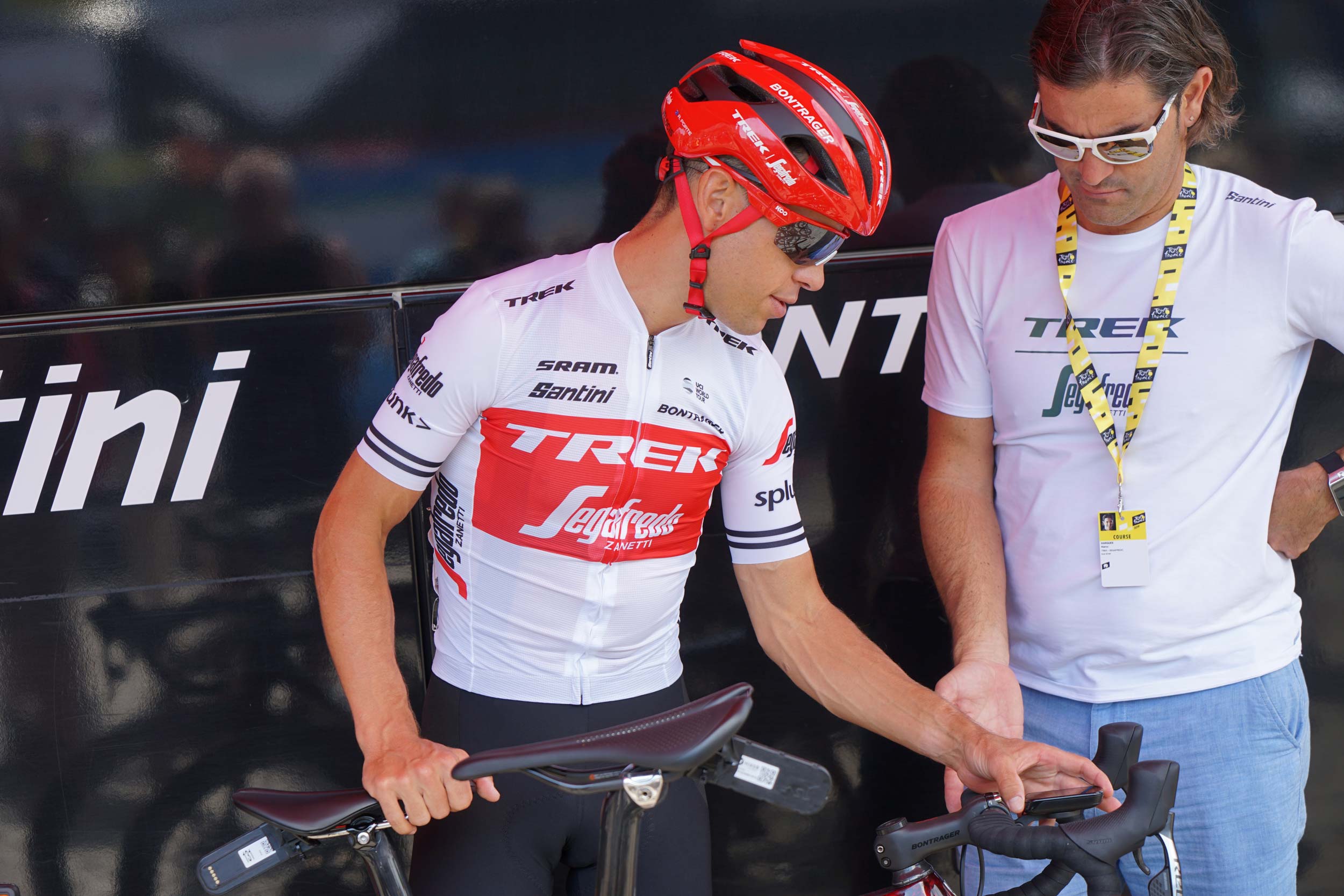 Richie Porte, one of the two Australians to start the 2020 Tour de France, will begin the race for a 10th time this year. (Photo: Rob Arnold)

“What would be a big achievement for Richie is for him to win a stage.

“I’d really like to see Richie at his best on stage four, that’s the first of the mountain-top finishes. We’ve seen [from] Richie in the past, his ability to prepare without a lot of racing. He’s proven that a few times already at the Tour Down Under. And this is a year when he’s going to have had to prepare without a lot of racing. Everybody else is in the same boat.

RIDE Media: I understand. And it’s interesting that you talk like that because we could consider Romain Bardet, for example. He’s been the runner-up before and then he gets the King of the Mountain [title] last year. I was just re-reading the way that I appraised the AG2R column in the Tour Guide, [written] when he was expected to go to the Giro. And now, suddenly, he’s going back [to the Tour]. He doesn’t factor into [the chat we’re having about Porte] but does Richie take that approach where, maybe, the polka-dot jersey could be his [goal]?

Matt Keenan: “That’d be cool. There’s been no Australian winner of the polka-dot jersey before. I’d love to see Richie target it. He’s got that little bit of zip in his legs as well, to pick up points when there’s a reasonably big group still going over a climb – you know, halfway through [a stage] when it’s not too decisive for the GC… That’d be really good.

“An Australian has won the white jersey with Phil Anderson (1982). We’ve had the green jersey with Robbie and Baden [and Michael Matthews]. Cadel has taken the yellow… we’re just missing the polka-dot. Go Richie! I like to think he could.”

RIDE Media: It’s exciting times. I was thinking that we could dress the first weekend up as being that Australian [fans] have got to watch because it’s that anticipated Tour – and the delay has maybe brought a little bit more extra attention even though [Australia] only has two athletes [in the race this year]. It feels like SBS is shaping up for a big broadcast.

Matt Keenan: “That’s a good way to put it: ‘talking about what you’re going to be talking about…’