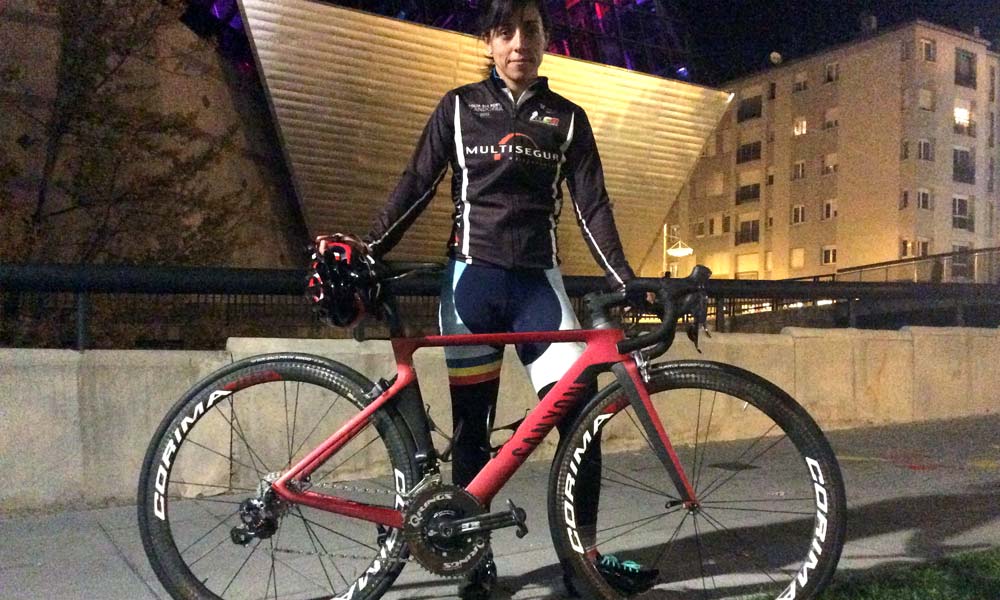 The ‘Bikes from the Bunch’ interviews from #RIDE74 were done in Andorra. The first vox pop has Iolanda talking about her Canyon… 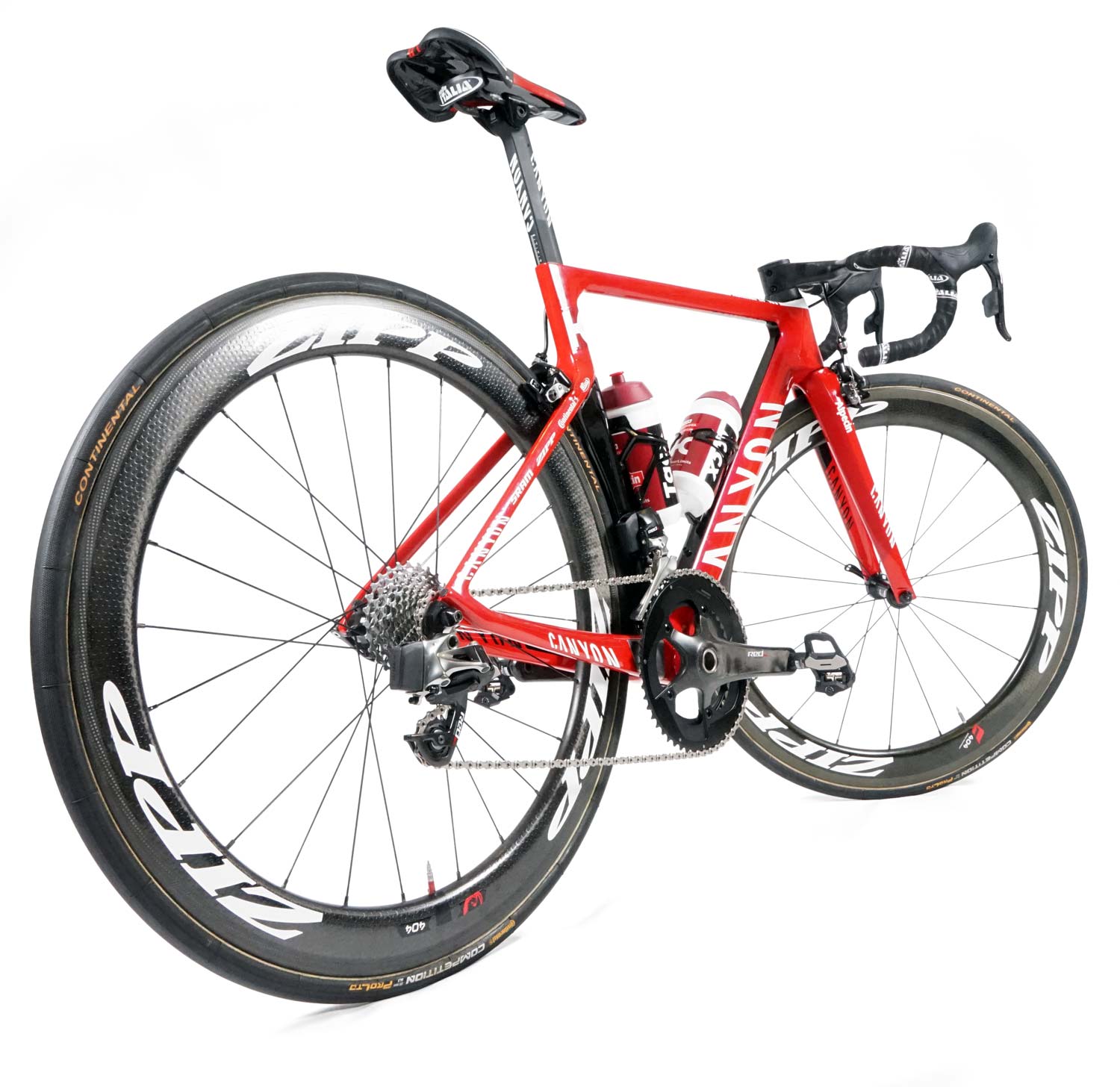 “It’s a Canyon Aeroad CF SLX that I’ve ridden for about two-and-a-half years now. It’s about seven kilos, which isn’t the lightest but it’s not too bad, either.

“I’ve done close to 24,000 kilometres on it and haven’t had a problem – that’s a pretty good run, by anyone’s standards.”

“Shimano Ultegra Di2. I used to ride with a mechanical gruppo but the Di2 is so much better! It’s smoother and more intuitive – for me that makes it much easier to use.

“Being a woman I have smaller hands and the shifters are much better suited to enjoying more control over the changes. Because you only have to make small taps to change, it’s also easier to ‘dump’ a bunch of gears when you need to without having to throw your hands across the right shifting paddle like some other groupsets. That’s particularly useful in races!

“With the amount of climbing you have to do in Andorra, I find the 52-36 mid-compact chainrings very useful – you can find great ratios for climbing quickly.

“With an 11-32 cassette on the back it allows even more freedom in the big mountains as you can spin a lot easier.

“I’ve also been using an InPower power meter to measure my training efforts and it’s been a piece of equipment with which I’ve become not only accustomed but kind of reliant upon, like many people who switch over to using power. It’s been great.”

“This bike is very comfortable,  it handles fantastically and I’ve had no problems so far, so that counts for a lot! I’ve put 25,000km on it and it hasn’t let me down.”

“I could go a little lighter with the build – closer to the UCI limit. That would be an advantage!”

“I ride events in the Copa España and Copa Catalunya – these are high-profile national and regional championships – and I race for a team called ‘Cycling No Limit’ and this bike holds its own in competitive scenarios or just out training.

“Also, when I consider the bikes I’ve ridden, it’s worth noting that I’ve been using Rotor cranks for about four years; I like the elliptical chainrings and see it as a way of preventing knee problems, as the action of this type of crank allows for more ‘downtime’ during pedal revolutions. I will admit, the sensation was a little strange to begin with but I soon became accustomed to it.” 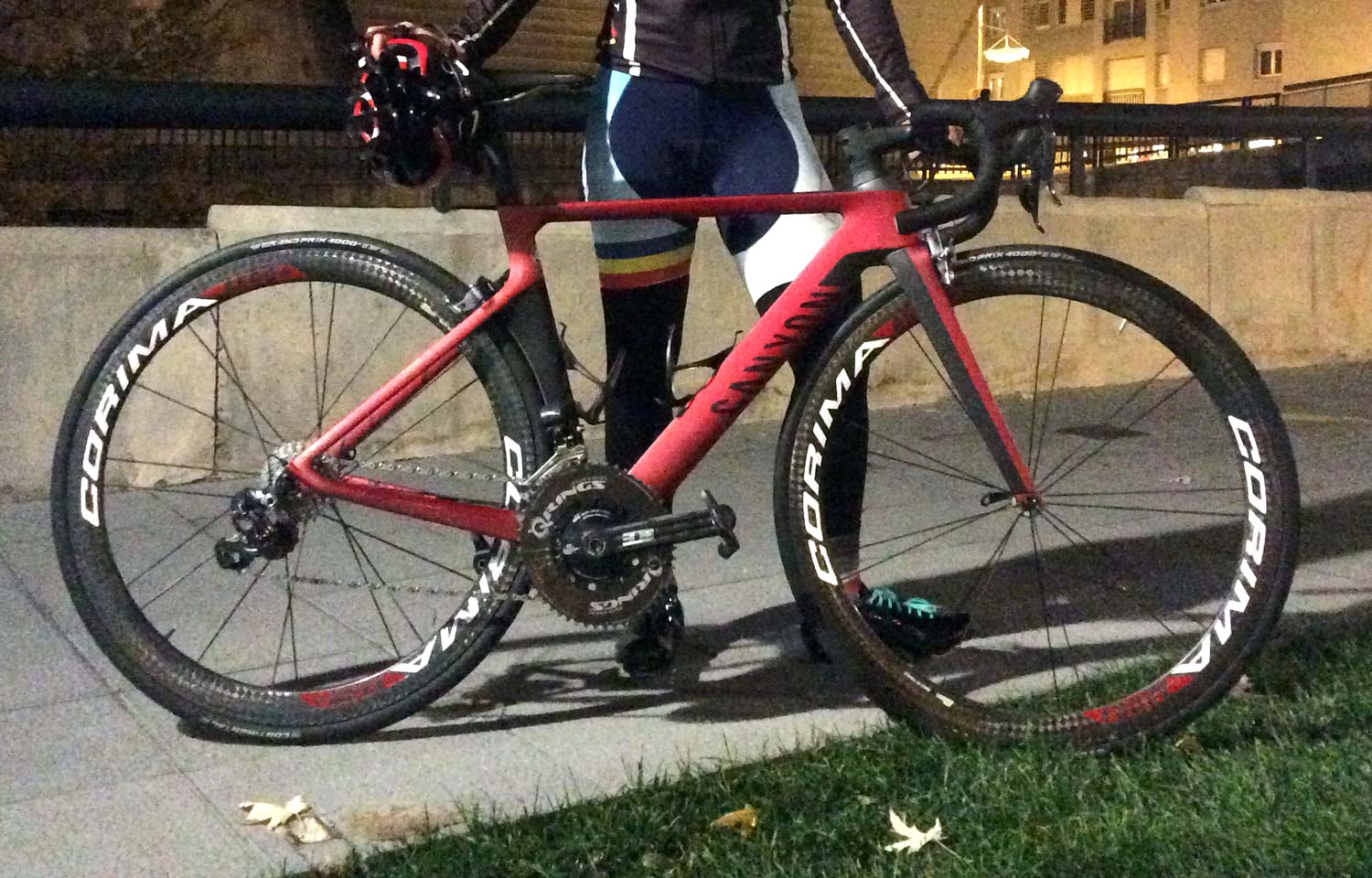 The interview was originally published in print in #RIDE74 (November 2016).