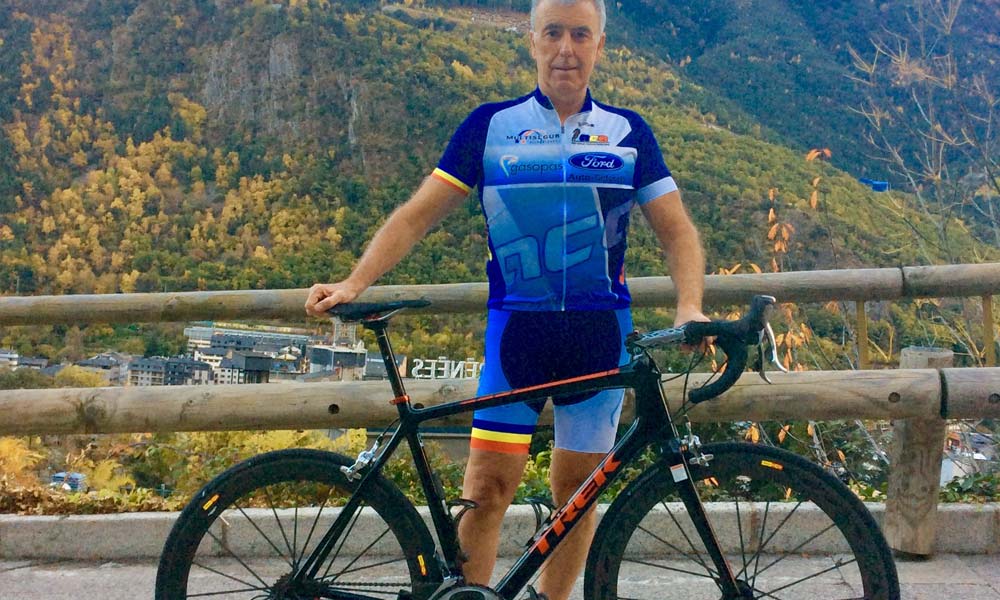 Douglas talks about a Trek Emonda he rode in Andorra in 2016. This is the second of the ‘Bikes from the Bunch’ series of interviews from #RIDE74. 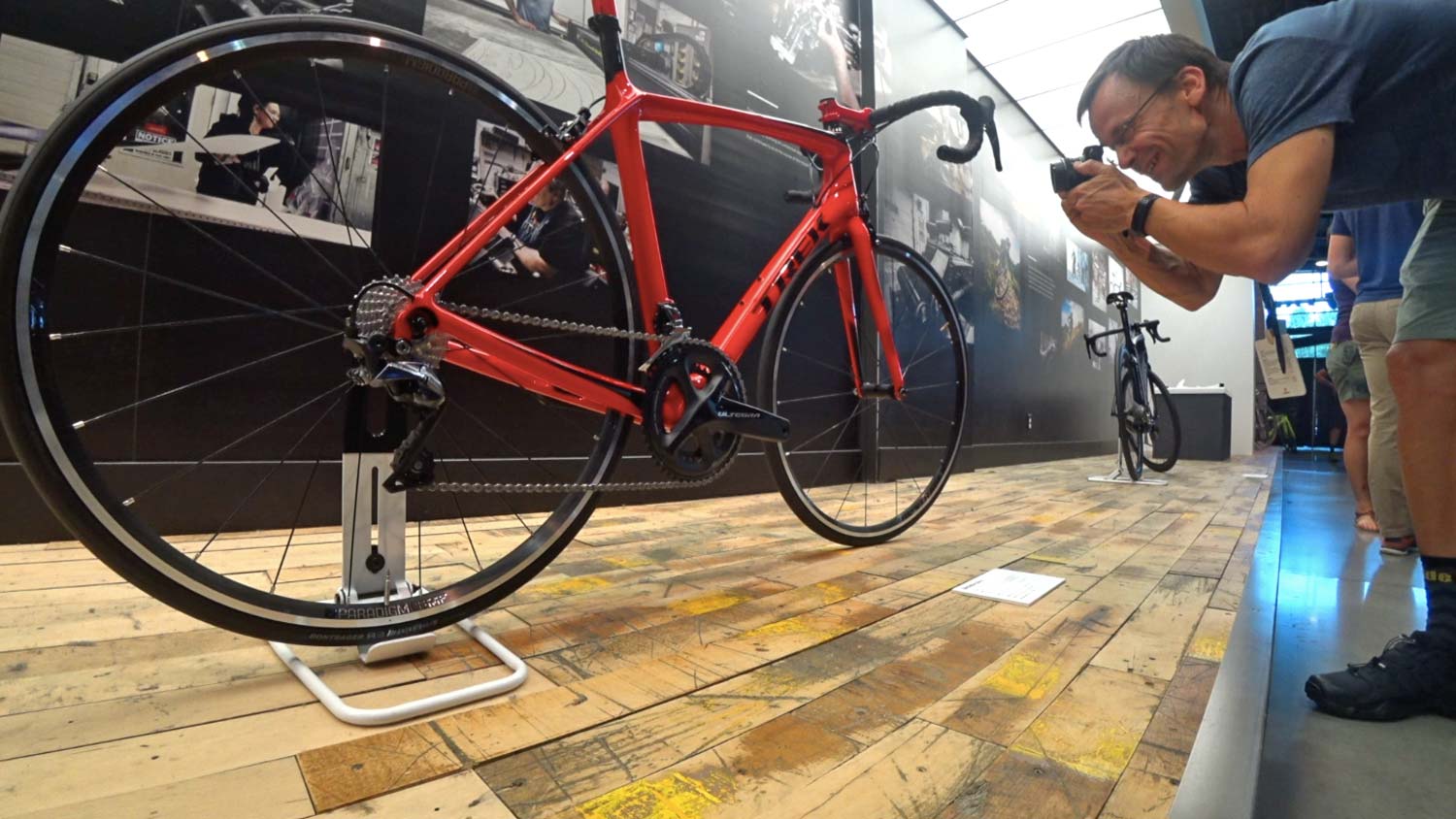 Watch an interview with Seth Eckert from Trek, talking about developing the Trek Emonda with disc brakes. (Click the photo above.)

“This is a Trek Emonda S6 that I received as a warranty job when I had issues with my previous bike, a Trek Madone Pro 6.9 – that was something I remember well and, for the affionados, it was also the same bike that Alberto Contador rode to his first Vuelta a España title.

“Despite the age gap between the two different Trek bikes, the older frame was actually lighter than this newer model! The Emonda wasn’t around when I owned the Madone but it’s said to be a ‘climbing bike’ so I guess it’s appropriate in Andorra.”

“This bike has Shimano. I’ve always preferred Shimano shifting and this bike has a mixture of components – a bit of Dura-Ace and some Ultegra. It’s the older version of Dura-Ace (which coincidentally you don’t see around very often any more).

“I’m not really interested in Shimano’s electronic offerings for the time being, although I’m sure that will change later down the track.”

“Last year I managed 11,000km but this year I’ve had some knee issues and had to back it off for a while, so I’ve managed to squeeze in about 8,500km… not bad, all things considered.

“In Andorra you rarely do a ride with much change from 1,000 metres of climbing – even on shorter loops – so generally the kilometre count is lower than riders in other places because there’s so much ascending!”

“Need I say it? Rigidity. This is the most rigid bike I’ve ever ridden and I love it!

“I’ve also just made the ‘big switch’ from 23mm tyres to 25mm bags and it’s a nice counter to the stiff ride of the frame. There are little things that you can do to offset certain characteristics of bikes and the tyre change is one that I like.

“The wheels I’m currently running on this bike are also my favourites – do anything, go anywhere and they complement the bike beautifully.”

“The older groupset – it’s something I’ll eventually change but for now it still works so there’s no need to change it.”

“Due to the fact that most of the roads around Andorra point either up or down, selecting the correct gear ratios is crucial. On this bike I’m running compact chainrings – 50/34 – and I use a 12-30 cassette, so I can get some sweet gearing that’s perfect for the climbs. We probably talk about gear ratios more here because… well, it’s necessary to have the right combination.

“I’ve got a number of other bikes, including a TT rig, which obviously has a more ‘standard’ configuration for those short time trial blasts.” 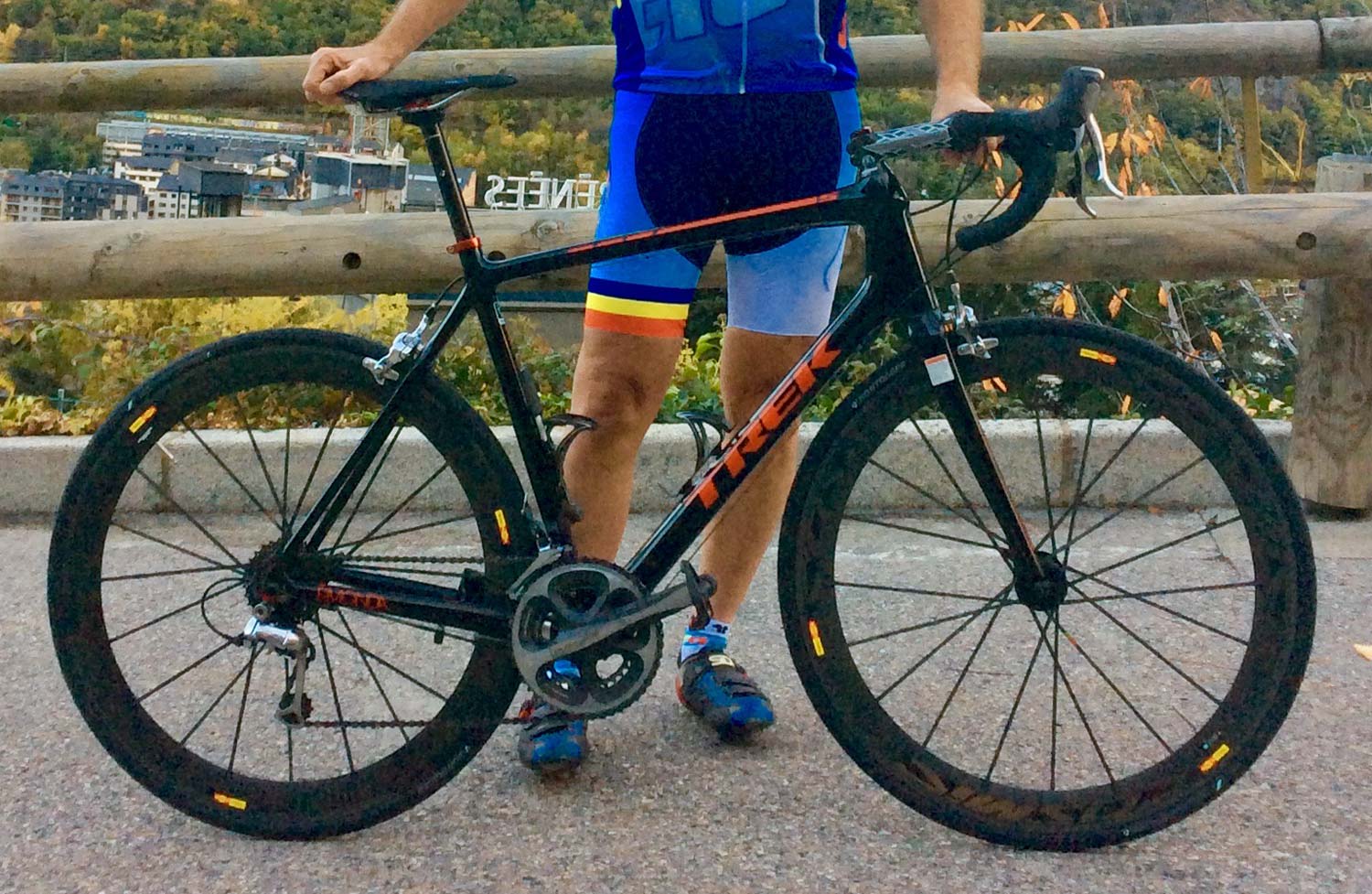 This interview was originally published in print in #RIDE74 (November 2016).