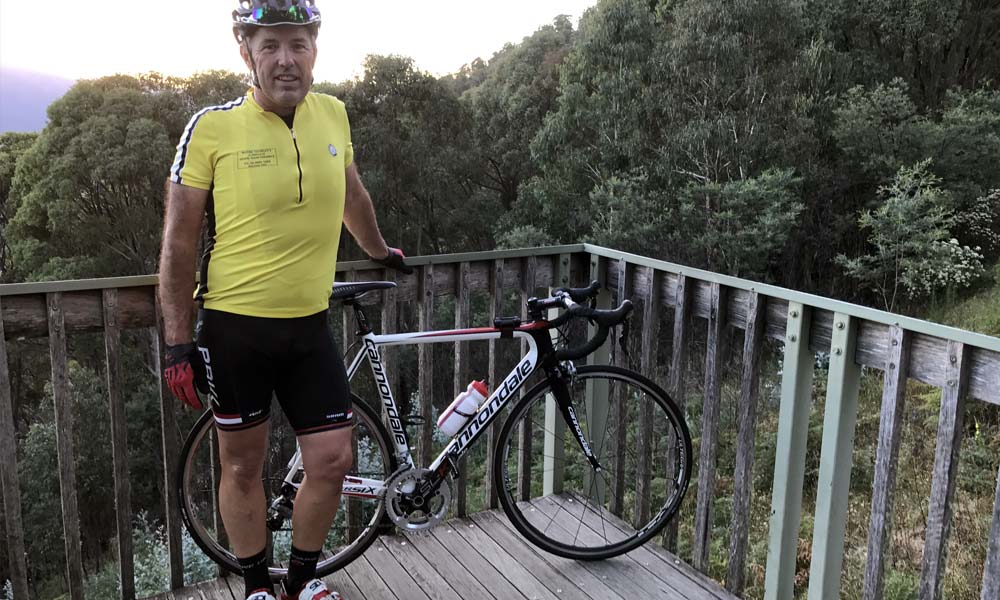 Another online iteration of the popular ‘Bikes from the Bunch’ series of interviews from RIDE Cycling Review magazine. Michael from Bright in Victoria tells the story of his bike…

“It’s a Cannondale SuperSix, and I’d say it’s probably about six years old, about a 2011 model. I’ve had Cannondales before – actually, I had a CAAD3 frame for 12 years.

“I love Cannondales. They are responsive, you just point them in one direction and that’s where they go, especially on descents.

“My son races mountain bikes and we are travelling a lot, overseas, so this is my bike for the next few years. I had the other one for 12 years and I’ll still get another six or seven years out of this one.”

“The set-up here has Shimano Ultegra 10-speed and it’s good. I had Ultegra on my previous Cannondale and I just find that you only lose so much in weight but reliability-wise there’s nothing at all wrong with it. It’s the same as Dura-Ace but, of course, Dura-Ace is a little bit lighter… and more expensive. I’ve never had any problems with this groupset so I can’t really complain. If I had lots of money I’d upgrade, but we’ve put a lot of our money into our son and so Ultegra is good enough for me.”

“It depends on a few things. These days, I’ll probably do about 200 to 300km a week. That’s the bunch rides and the occasional long ride by myself. Sometimes in the Bright bunch we will go for longer rides. I probably only ride with this bunch for six to eight months a year because we go overseas for three or four months doing the World Cup series – my son races mountain bikes a lot.”

“It’s reliable, stiff, comfortable. The weight is good. It could be lighter with some better parts on it, but it’s okay.

“It handles really well, the only concern I have is just my nerve, probably! Some guys have been living around here for most of their lives and they know all the corners on the descents – Pete Varley and Wayne Hildred have been here a long time and they hold the records coming down Tawonga, but I’ve only been here three years – I even have trouble going up trying to remember where I am!”

“None really. I’m really happy with it. In hindsight I’d probably get a darker colour – the white shows up the grease a bit more. I wouldn’t mind getting the SuperSix EVO in Saeco colours, that’s what I had before and that’s an iconic paint scheme.”

“I used to live in Mudgee – the temperatures are about the same: cold in winter and warm in summer, but of course you’ve got bigger hills here. I’m friends with Mark Renshaw’s father-in-law and Mark was down here a couple of weeks ago and we went out for a ride together.” 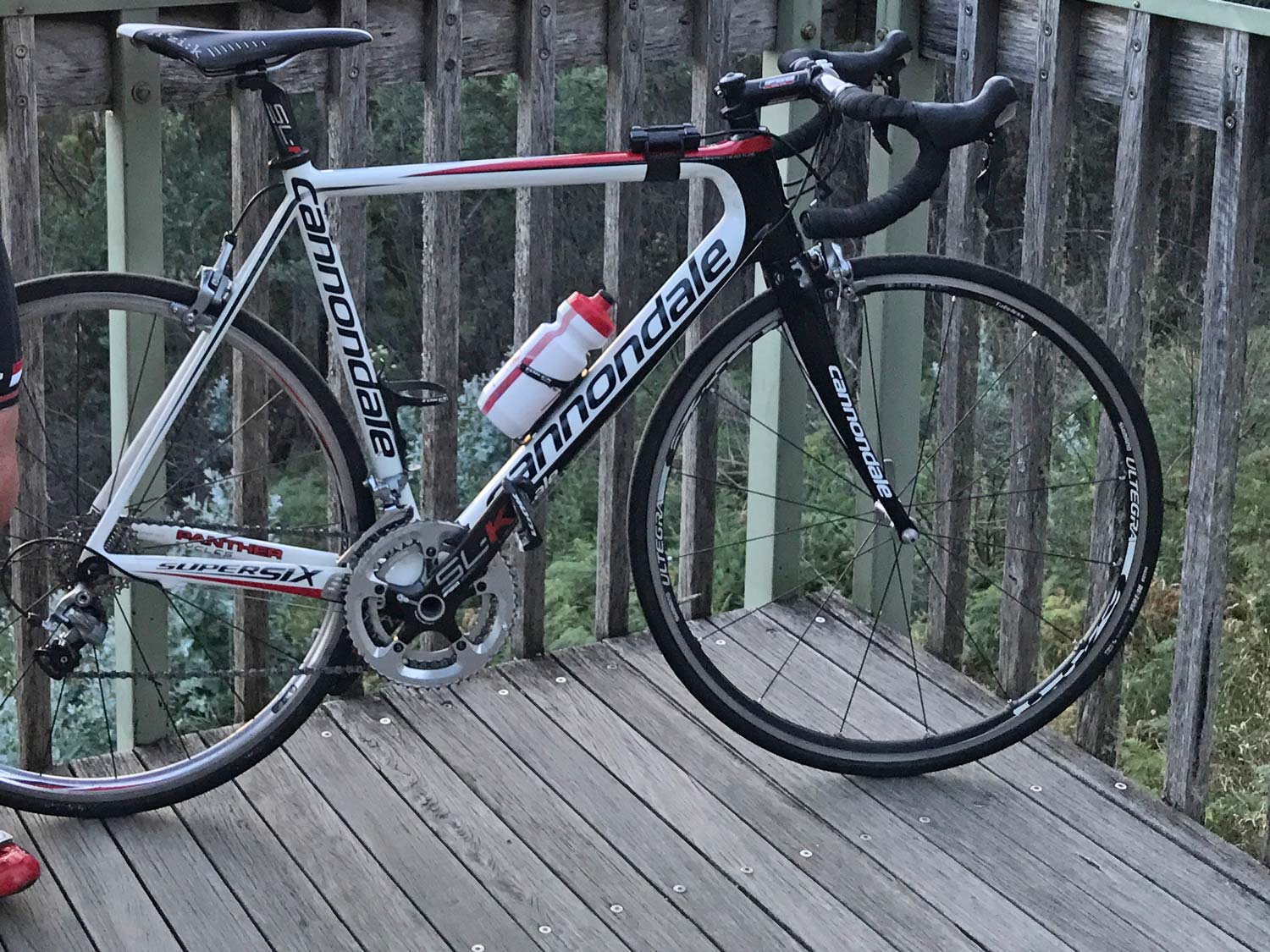 This interview was originally published in the final edition of RIDE Cycling Review (February 2017).

All the ‘Bikes from the (Bright) Bunch’ interviews, click the links below:

Note: Stay tuned for more ‘Bikes from the Bunch’ vox pops. There is a back catalogue of hundreds of these interviews and in the coming weeks we’ll be posting some of those you may have seen in print in an online version.