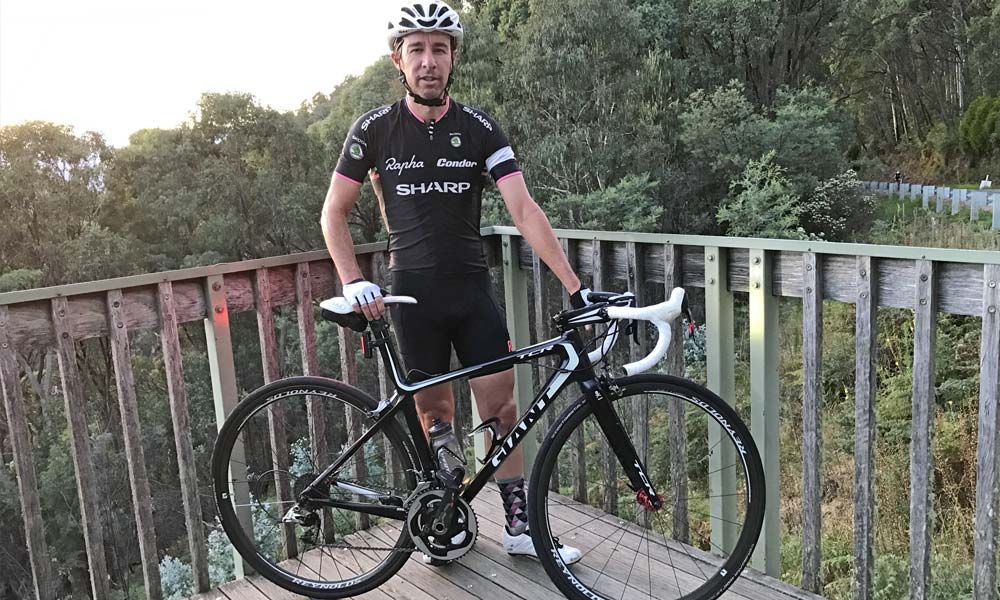 The final interview from the ‘Bikes from the Bunch’ feature in #RIDE75, Tim talks about his Giant TCR…

“Giant TCR – I had to get SRAM Red to make it look a little bit different and I’ve got red Chris King hubs so I can find my bike at the coffee shop.

“I come from Wollongong and these are everywhere – when I was young I used to work at a bike shop and we didn’t stock Giant. This was when I was at uni and I thought: ‘I’m never ever getting a Giant…’ but I did and I’m happy with it still.”

“I really like it. I love the gear change lever. It didn’t take long to get used to at all.

“I used Shimano electronic and the one thing I didn’t like was that it didn’t click loud enough, there was no feel to it. I hated that.

“I’d like to try disc brakes down Tawonga Gap – I’ve been down there a few times but I’m still on the brakes. I couldn’t follow Wayne (Hildred) – they’re not braking on that descent… well, they might brake on a couple of corners!”

“In Wollongong I’d just roll up and down Mount Keira a few times a week and not do much, but here I’ve been riding heaps.

“Mountain biking is unreal here, I haven’t raced for a while and I might get back into that. I don’t like the technical, the jumps and things. I’ve done the hero trail, it’s easy enough to ride down, the faster you go the more you have to jump, but I keep braking! And the amount of fire roads around here – you can go for a road and mountain bike ride and it’s unreal.”

“This bike handles well, it climbs really well, it does everything and it’s a good price. I used to like going down hills before I came here and now I realise I’ve still got some work to do!

“I’m into the wider tyres now. I’ve got 25mm on now and it’s going better than when I had 23, the roads around here are pretty rough and I run lower pressure so it feels better.

“There’s probably not a lot I’d change. I’d just get a different bike. I love the stem, the oversized massive thing.

“I’ve got a 28 cassette with a 52-39 on the front. The 28 is unreal, I wouldn’t go smaller. Here nothing is really that steep but some days you just wanna pedal.” 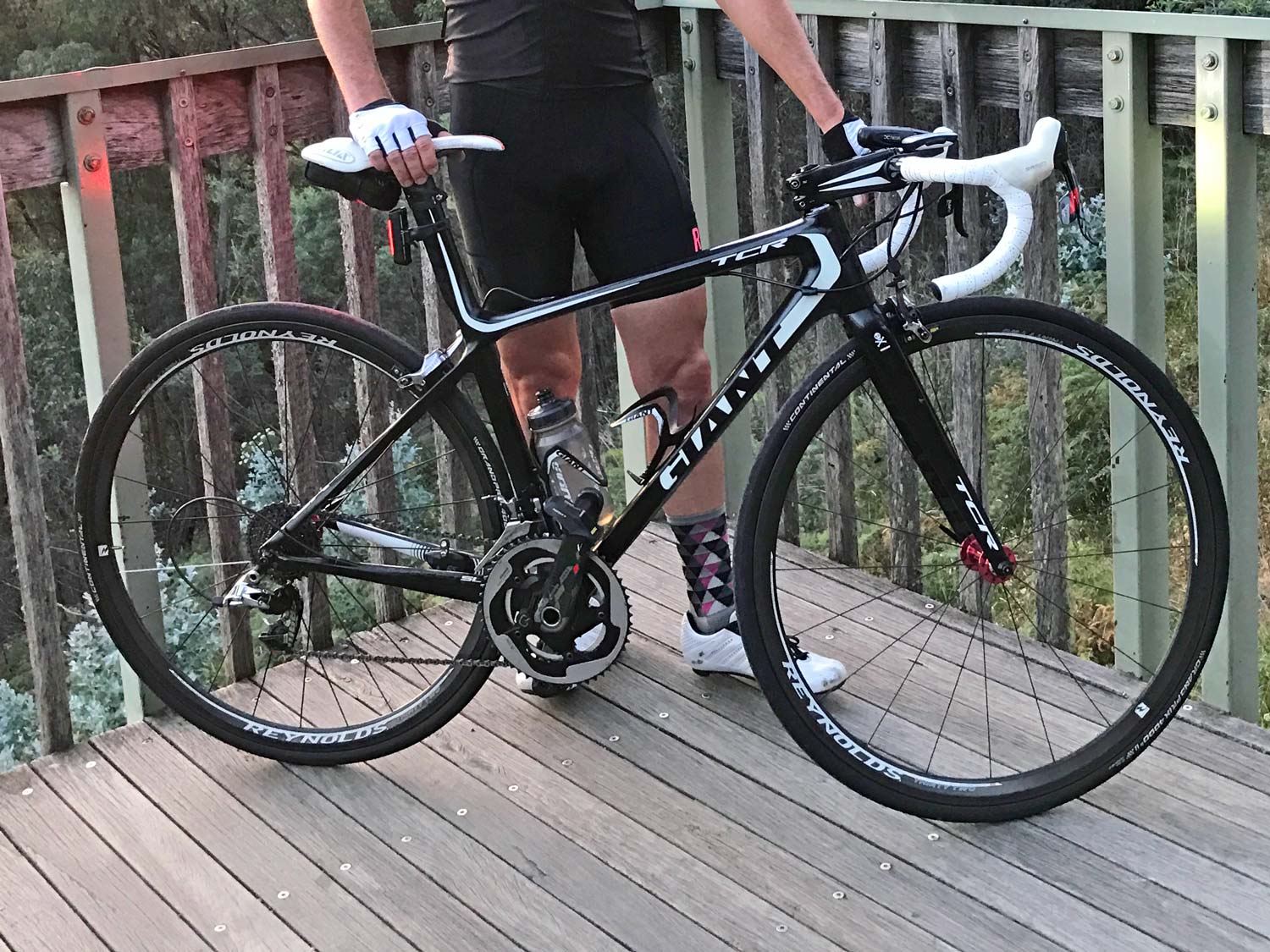 This interview originally appeared in print in the final issue of RIDE Cycling Review (#75) published in February 2017.

All the ‘Bikes from the (Bright) Bunch’ interviews, click the links below: