#CyclingParaphernalia: a catalogue of product reviews by RIDE Media

Hundreds of bikes and thousands of products have been catalogued by RIDE Media for over 20 years. We’re going to revisit some of our favourites – and perhaps some of the silliest – with a new series: #CyclingParaphernalia. 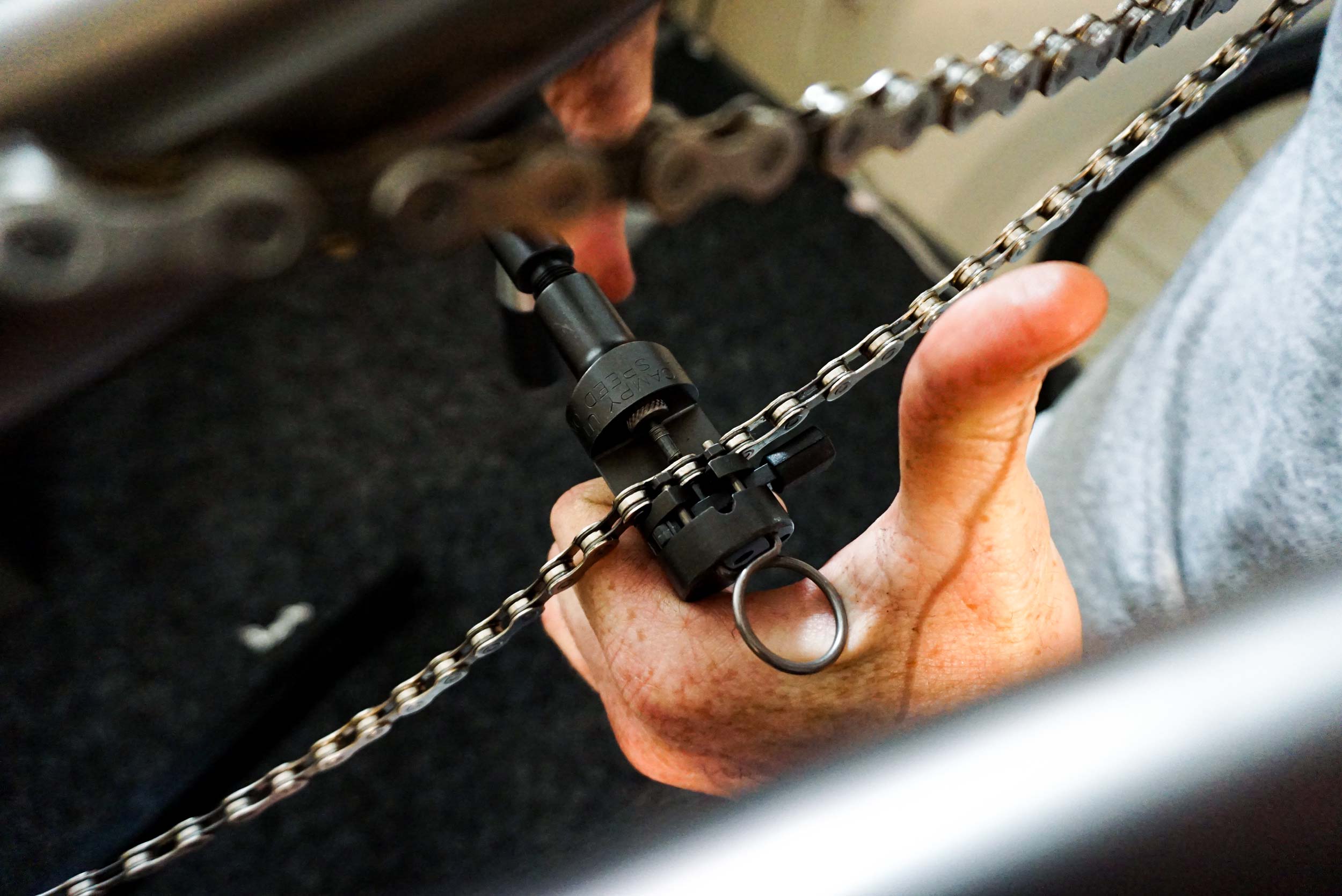 Product reviews are an integral part of the cycling media. Innovations, upgrades or just new colours have prompted commentary since the bicycle was invented. Sometimes it is enjoyable work: fancy gadgets sparkling in their boxes, begging to be ridden, photographed and appraised. Other times, it’s like pulling teeth: necessary but not at all fun.

Often, the inspiration for the story is simply that it’s a new release, something different for the market to consider. Usually it improves performance and the compulsion is to share the love that the designers responsible for the item have for it.

There are also plenty of examples of a trend taking hold and within months it seems like the whole cycling industry received some secret memo urging everyone to ensure bikes now boast the latest fad.

The #BikeGalleryByRIDE series in our Instagram feed showcases bikes and allows us to drift back over years of product evolution and remember when, why and how changes emerged.

The comments on the gallery posts offer a mix of responses: admiration, irritation, nostalgia… and it’s obvious that different products evoke different emotions.

Some brands attract more attention than others. Some products seem to be universally revered while others provoke considerable debate, with polarising opinions on the merit of an item.

What’s admired by one person may be despised by someone else.

There is also, of course, the benefit of hindsight that helps us understand how a concept or trend/fad was considered… and duly neglected because of any number of reasons: cost, weight, lack of interest from consumer,  complexity of construction… etc.

Some items that were launched as being revolutionary may now seem so stupid that it’s shocking that the product (or concept) ever went to market. 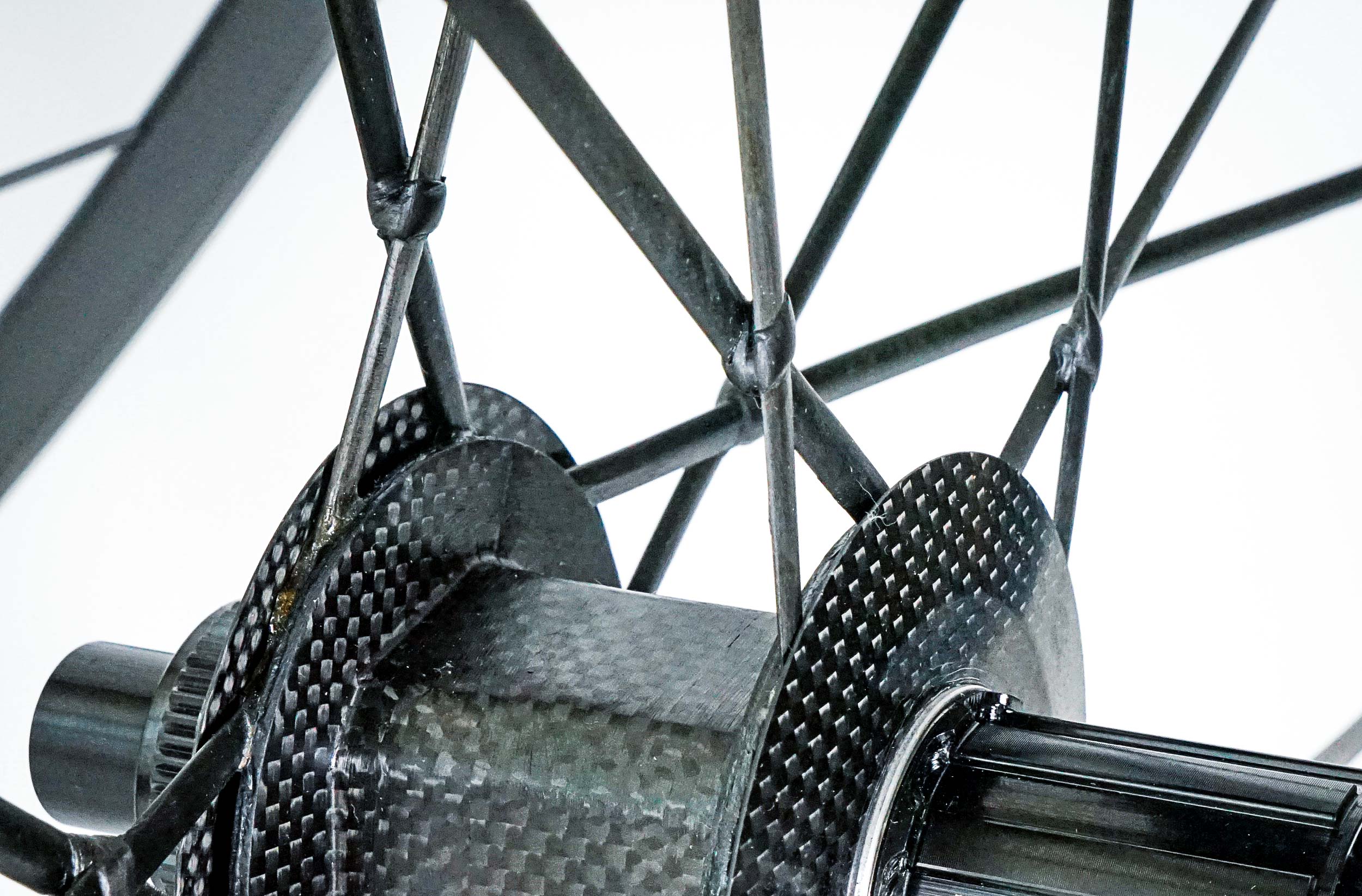 Memories of products from the past

Trawling through the thousands of bike images that have been amassed by RIDE Media since 1998 has been fun – and there are many more photos of bikes yet come in the #BikeGalleryByRIDE series. Some of the Instagram posts have prompted further coverage, and you can find a sequence of ‘Bike Gallery’ features on this site.

A lot of cycling products that passed through the RIDE Media office were archived on DVDs and even CDs, slotted into folders and left on the shelf.

Some of the reviews done in the past have more than just words and pictures and weights and prices; there are detailed reports on significant product releases, and insights from trips abroad to get an early taste of a new groupset or bike… there are some reviews with video extras or data collected by accelerometers or opinions of pro cyclists or explanations by the product developer(s).

Ultimately, a lot of stuff has appeared online, as well as on the pages of the 75 editions of RIDE Cycling Review published between July 1998 and February 2017 (or the Official Tour de France Guide – Australian edition – from 2003 through to 2019).

You can also find clips about bikes and products on RIDE Media’s YouTube channel and, in time, the aim is to bring you much more content about things you may like to buy for your bike.

What can make the process of product reviewing frustrating is the vast mix of opinions associated with many aspects of cycling. Someone may insist that weight is the most important consideration, while another says comfort, another says aerodynamics, another says longevity… and so on.

Price is perhaps the most important factor, and one considered in our reviews. (A minor percentage of the products that has been reviewed over the years was purchased*.)

New, innovative products can often be expensive, but RIDE Media always encouraged companies to also consider smaller items that may improve the ride quality of a bike or the comfort of the rider, etc. The aim was to report on the wide range of #CyclingParaphernalia on the market, not just bikes and bits but also the myriad things that a cyclist uses: helmet, shoes, kit, sunglasses… roof racks, lights, training devices… etc.

There is a considerable collection of bicycle exotica from the past that remains relevant today; conversely, there are some things that were featured on the pages of our magazine that are simply atrocious, and the benefit of hindsight makes me cringe at times when flipping back through the pages.

A product – or concept – that seemed excessive at the time of release could inspire a new line of thought and prompt the industry to respond with companies offering their interpretation of the latest innovation. Or it could be so nasty the mind boggles that it was ever dreamed up.

*Note: When we began production of a new magazine, an email was issued to cycling companies with a product review form attached. When the brand or the Australian distribution agent felt something warranted attention, they were encouraged to send it in for review. Usually, after the item was photographed and reviewed, it was sent back. 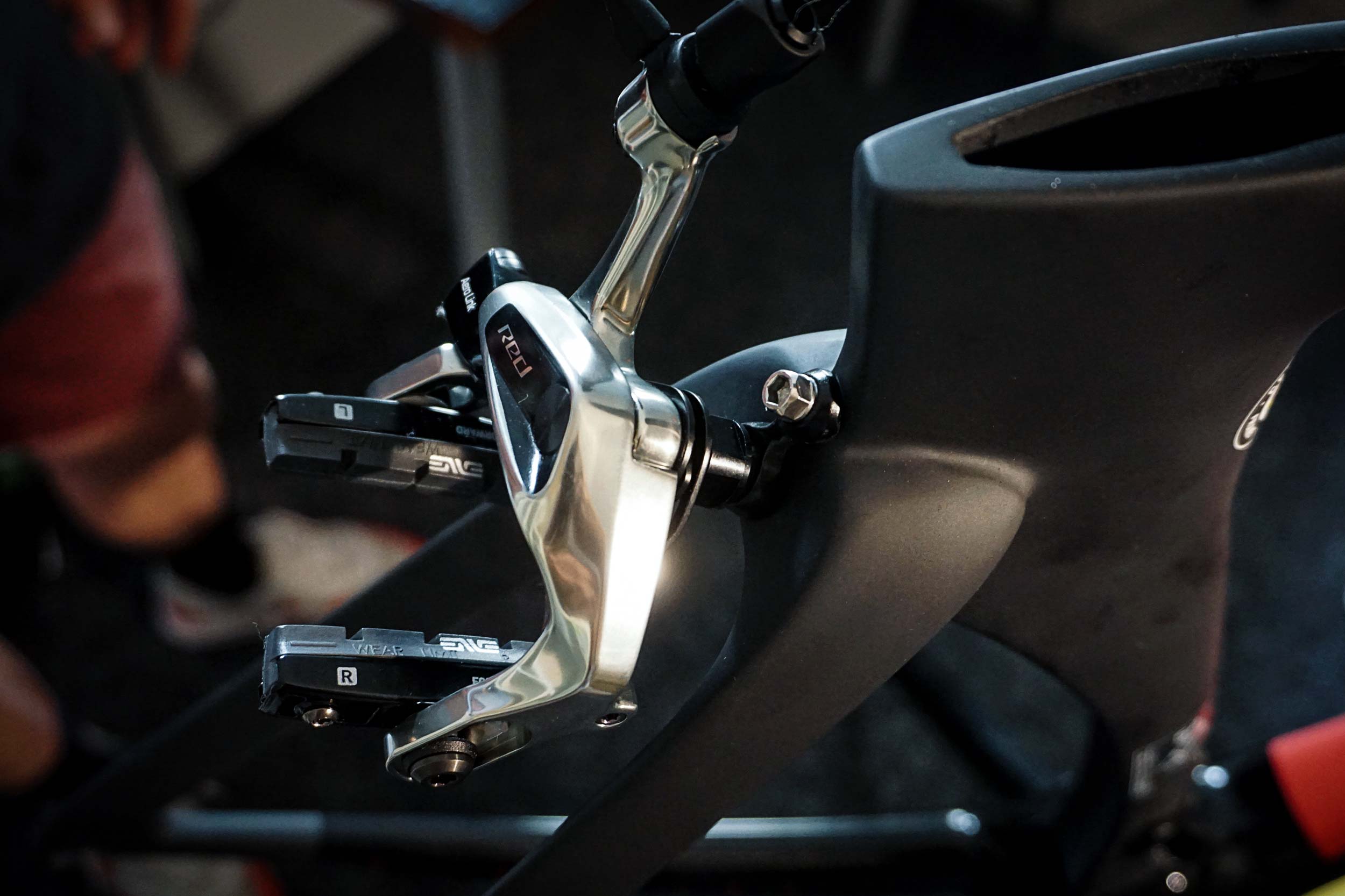 Material developments have also had a massive impact on cycling products: it wasn’t too long ago that carbon-fibre was exotic and exorbitantly priced, but now it’s essentially mainstream.

And, of course, there are now more ‘standards’ for bikes and bits than you could possibly name in one article without it just looking like a silly collection of acronyms and codes understood only by mechanics and tech-heads.

When I started RIDE Media, for example, there were a few bottom bracket variations, but they were best summed up as being either ‘Italian’ or ‘English’. That’s it. Nothing else to consider here, moving right along… but these days you have considerably greater choice (and almost no one uses Italian or English on new bikes in 2020).

What’s your preference: BB30 or BB30a? Perhaps BB86, BB90, BB92, BB95, or BBRight? There’s a long list and each has its strength (or weakness… but the industry doesn’t like that word – and it’s traditionally shunned in product reviews).

The bike is a simple vehicle but the variations to the theme are almost endless and the choice of cycling products is vast.

While I continue to scour the hard-drives and DVDs and CDs (and, would you believe, Zip discs and even SyQuest cartridges), there are going to be some items that jump from the screen, things I’d like to share the story of again. When that happens, I’m going to create a post and upload it to ridemedia.com.au.

It could be good, or bad, or funny, or sad… and it will be an interesting collection, whether its a retrospective review or new product feature.

If the #BikeGalleryByRIDE or #CyclingParaphernalia posts prompts you to reminisce about your time using a bike and/or product, don’t be shy: please let me know what your memories of it are.

If there’s something in your collection that you love and would like to share with our audience, let me know what it is, why you value it, and how it has influenced your enjoyment of riding.

RIDE Media will continue to create new content – while also giving a nod to the past and the heritage of a product or innovation. This series will provide some background of the products that get featured, prompt some memories to emerge, and perhaps even spark a conversation or two.

Of course, it’s necessary to be mindful of criticism as, surely, no one has ever deliberately created a product that is terrible. It would also be silly to just blast something with negativity because of personal opinion or brand allegiances or an urge to be flippant.

It is also important to remember that not everything that’s new is better than what existed before.

Sometimes the industry demands a considerable degree of sycophancy in commentary, and this can be icky – for the reviewer, publisher, and reader alike. So, the aim is to provide the facts, some context, the price and/or weight… but often the pictures can largely tell the story.

Ideally, however, there will also be some humour in these reviews because often cycling takes itself too seriously and we need to be a little lighthearted once in a while. Of course, there’s a serious side to the business of bike riding, but it’s also fun… so join me as I ride down Memory Lane with reviews and photos from the past.

Back in 2006, we started keeping a record of all the products that went through the RIDE Media office. There’s a spreadsheet with over 5,000 items listed; it may be as small as a titanium bolt or as big as a completely revolutionary bike, and thankfully I didn’t have to write it up and photograph the lot all by myself.

There is a long list of reviewers and photographers who helped collate all this material. I’m also forever grateful for the support received from the cycling industry who made collecting this vast catalogue possible.

If someone new asked if they could review something for RIDE Media, there were a few things I’d explain when offering my brief, key amongst these considerations was this: feel free to be as critical as you like, but if you can’t think of a way to improve the product or find a solution for your criticism, leave it out.

With all that having been explained, stay tuned for another round of online stories and photos (and maybe even a few videos) about bikes and products from our archives – and, occasionally, some from the present. 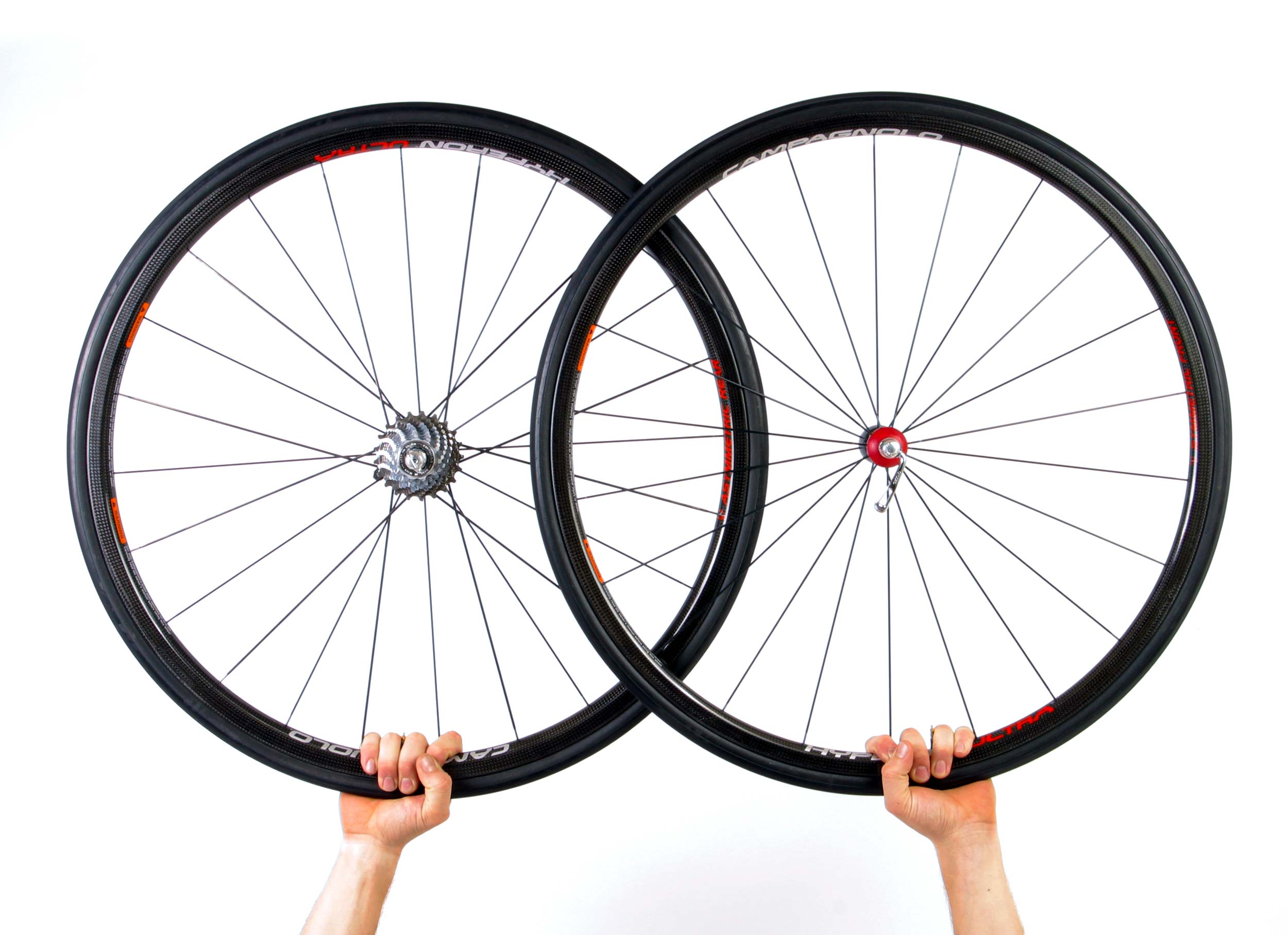