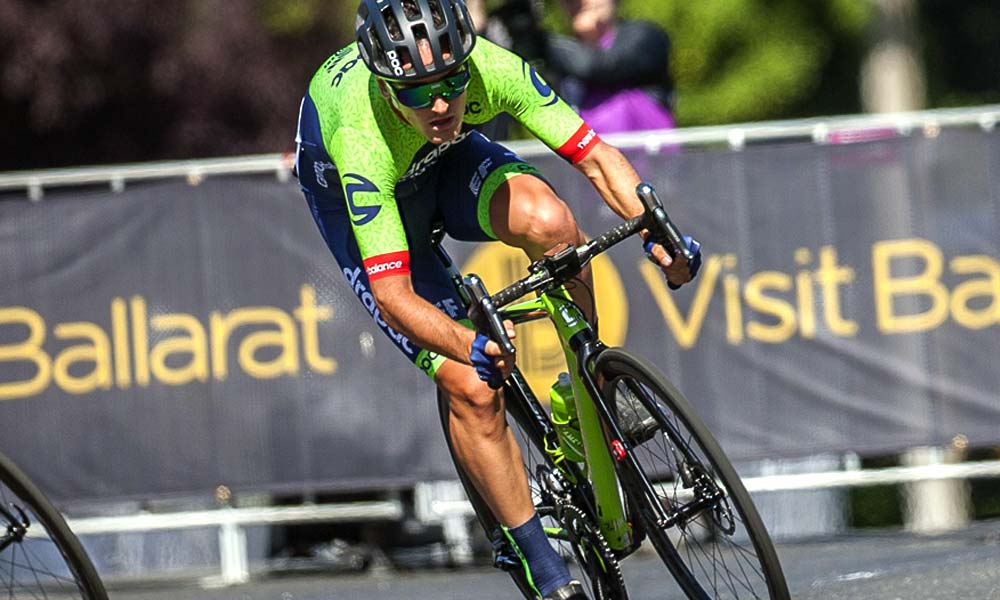 Disc brakes aren’t new to road cycling but now they’re being raced. One of the teams contesting this year’s Australian nationals are exclusively using disc brakes.

Take a look at the images from the races in Ballarat yesterday and there’s quite a lot to take in in terms of new-season colours and even a few items of product customisation. There are new jerseys, bright shoes, brake levers with decals… and, of course, disc brakes.

It’s the modern world and the peloton has caught up with recreational riders who have discovered the benefits of this significant bit of product evolution for road cycling.

One team in particular is exploiting the rule change that has come – and gone, and come again. Riders can now race with discs. It’s happening everywhere. Marcel Kittel won a stage of the Tour de France last year on a Specialized Venge with disc brakes; Michael Matthews opted for a Giant Propel with discs for a couple of races last year… and, in 2018, the entire Drapac-EF Education First team will use Cannondale SuperSix Evo bikes with disc brakes.

It happened in Ballarat on Wednesday and it’ll happen in Buninyong over the weekend.

Shimano is component supplier and the technology is nothing new. It’s been discussed and dissected for years already. (Search ‘disc brakes’ on the ridemedia site and you’ll find plenty of articles that have been published. We’ve seen them in the workshop and on the road, on test bikes and race bikes.)

Now that it’s going to be part of an entire team’s product line-up it’s worth asking a few of those involved what they think of this new-fangled stopping. Good? Bad…? Indifferent? What’s the conclusion?

Theo Yates is a 22-year-old who rides for Drapac-EF Education First. He finished seventh in the criterium in his first crack at the championships in the elite ranks. He used disc brakes and RIDE spoke to him about the experience.

“I was expecting to see a lot more disc brakes,” said Yates a day after the race. But it didn’t seem like any riders other than those from his team opted to use them.

Below is a summary of what he said…

– To listen to the full interview, click the link to the podcast below –

Talking about racing with disc brakes

“Everyone is on the SuperSix Evo with the hydraulic disc and it’s going really well. I think it was actually really good to have disc brakes on a course like that, coming into that bottom corner. It’s nice and fast so I think we maybe had a bit of an upper hand. It was good.

“I was a bit sceptical coming in [about] having disc brakes at the start of the year, I was sort of under thinking, ‘Don’t fix it if it’s not broken…’ but I’ve actually been pretty blown away with how they’ve gone, especially on the longer descents and stuff like that. I’m real happy with how they’re going.

“On the bottom corner (of the criterium championships), one of the faster corners, I did find an advantage, especially coming underneath… braking later. The whole team had a really good advantage with that and it just made getting onto the wheel – exiting the corner – a little bit easier.

“I’m looking forward to seeing how they go all around the world this year.” 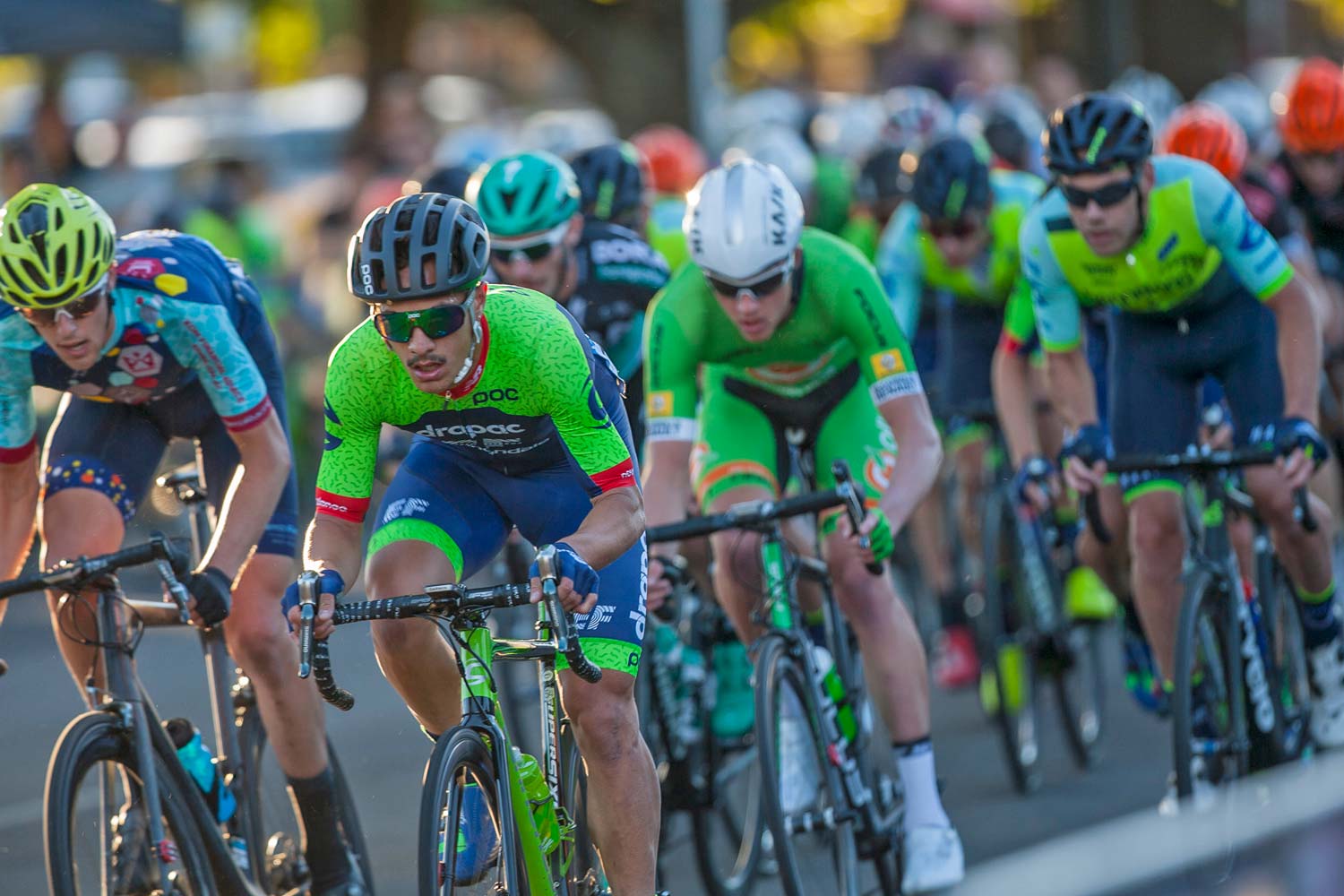 What about putting other riders at risk?

“I feel like it doesn’t change the safety aspect or anything like that. It’s just that we’ve got, in a sense, more of an advantage on those faster corner sections.

“At the start I was a little bit hesitant about [disc brakes] but we had an advantage being able to lay off the brake a lot later and the wheels definitely getting traction.”

What about the weight sacrifice?

“They might be a little bit heavier than a calliper brake but there is an advantage in not having callipers. There is a little bit of a weight element but it makes up in cornering and things like that.

“Maybe they’re taking a little bit off the braking surface [on the rims] but the wheels are built really well.

“We’re on Vision wheels with 160mm rotors and they work real well.” 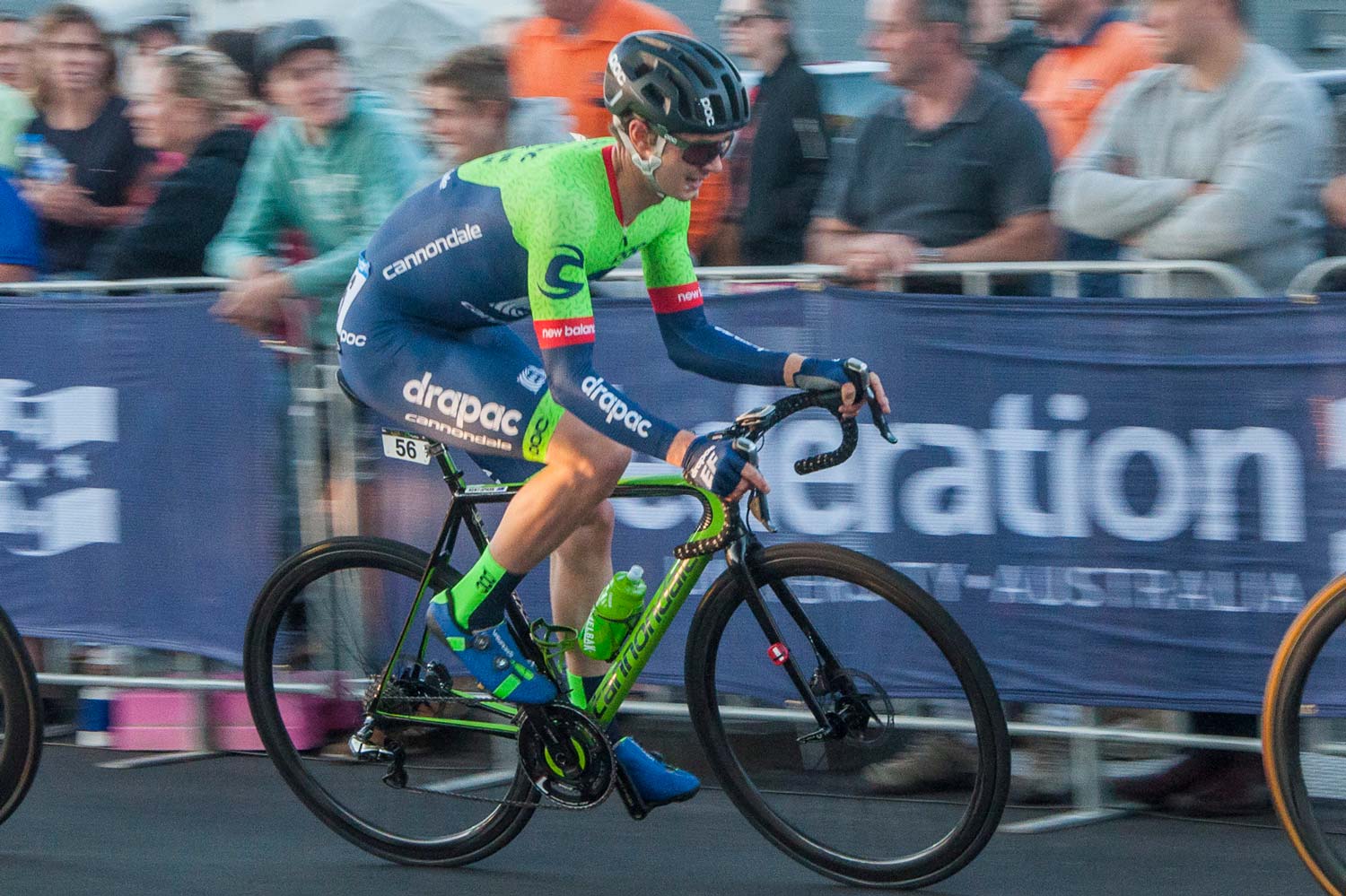 All riders from the Drapac-EF Education First holistic development team raced with disc brakes in the nationals.

What about wheel changes?

“On our bikes, we’ve got a thru-axle on the front and a quick-release on the back.

“The thru-axle is pre-set to the right tension so the mechanic just needs to wind it back three or four times and… in and out. It’s actually quite quick. It’s not as bad as it looks.

“I reckon it works really well if you can get that process down right and make sure it’s threaded right. It’s not too bad.”

Finally, what do you have to do to beat Caleb?

“Oh mate, the guy was pure class yesterday! I don’t think he panicked at all. From what I heard he was sitting at the back for the first 20 minutes of the race and so was ‘BJ’ (Brenton Jones).

“I had a good hand there with Mitch Docker yesterday helping me out through some of the corners and coming into the finish but I guess it’s just pure speed – I think I just need to work on the sprints and stuff like that. A couple more UCI races and I think we’ll get there.” 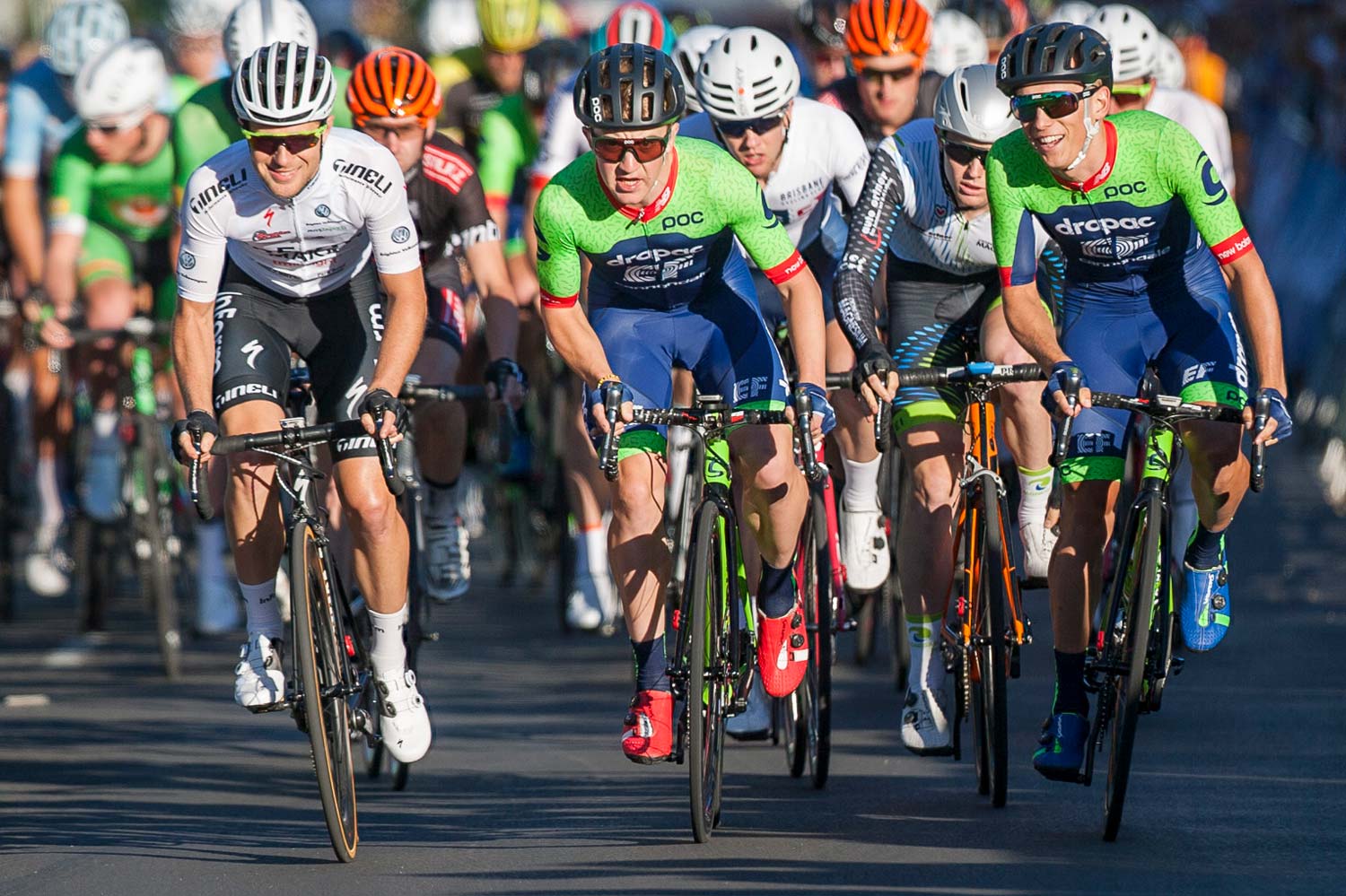