It seemed inevitable that Mathieu van der Poel would become much more than just another sponsored rider with product to use while he raced his bike. Oakley is one brand that hopes to tap into his appeal with a ‘MVDP Signature-Edition’ range… 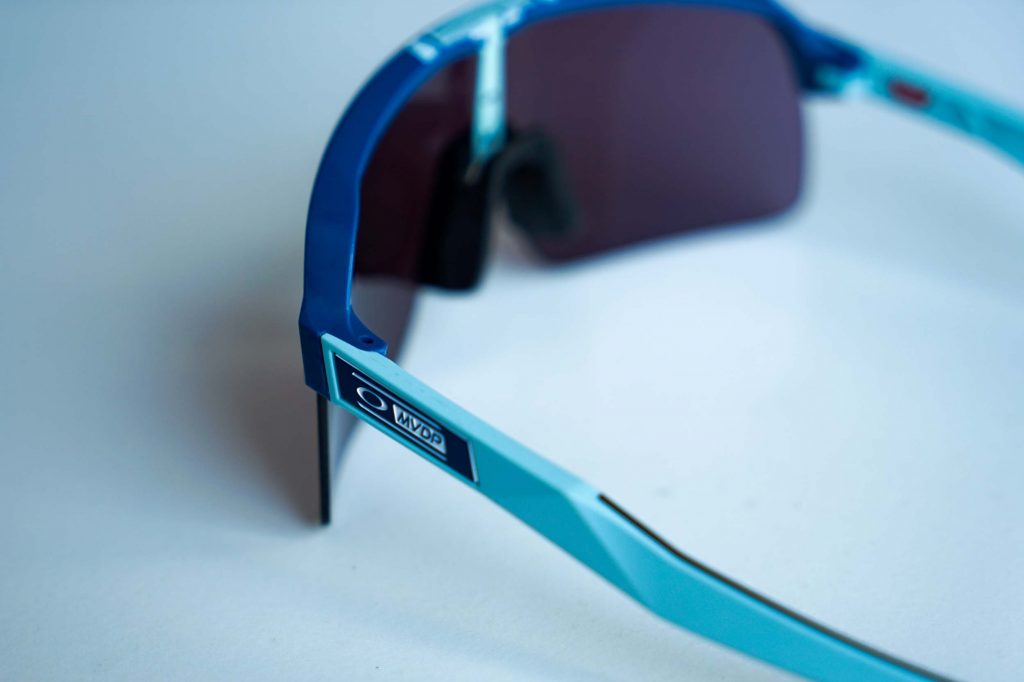 The Oakley Sutro – and Sutro Lite (featured) – seems to be the most popular option for cycling sunglasses at the moment. At least that’s how it is where I ride. The percentage of people riding bikes while wearing these sunnies is considerable and there’s an obvious reason: they fit well on your face, they match most helmet shapes perfectly, and they look cool. Oh yeah, and they also help keep the UV rays out of your eyes.

There is a considerable collection and, it would seem, a colour – for frame and lens – to suit almost every occasion.

And now, for fans of cycling – and fans of one rider in particular – there is a new signature series (again in a range of colours) that includes a “gloss splatter” finish, a duo-tone frame and the same, easily replaceable, lens options that make the Sutro the cycling sunglasses we’ve come to know and love in recent years. 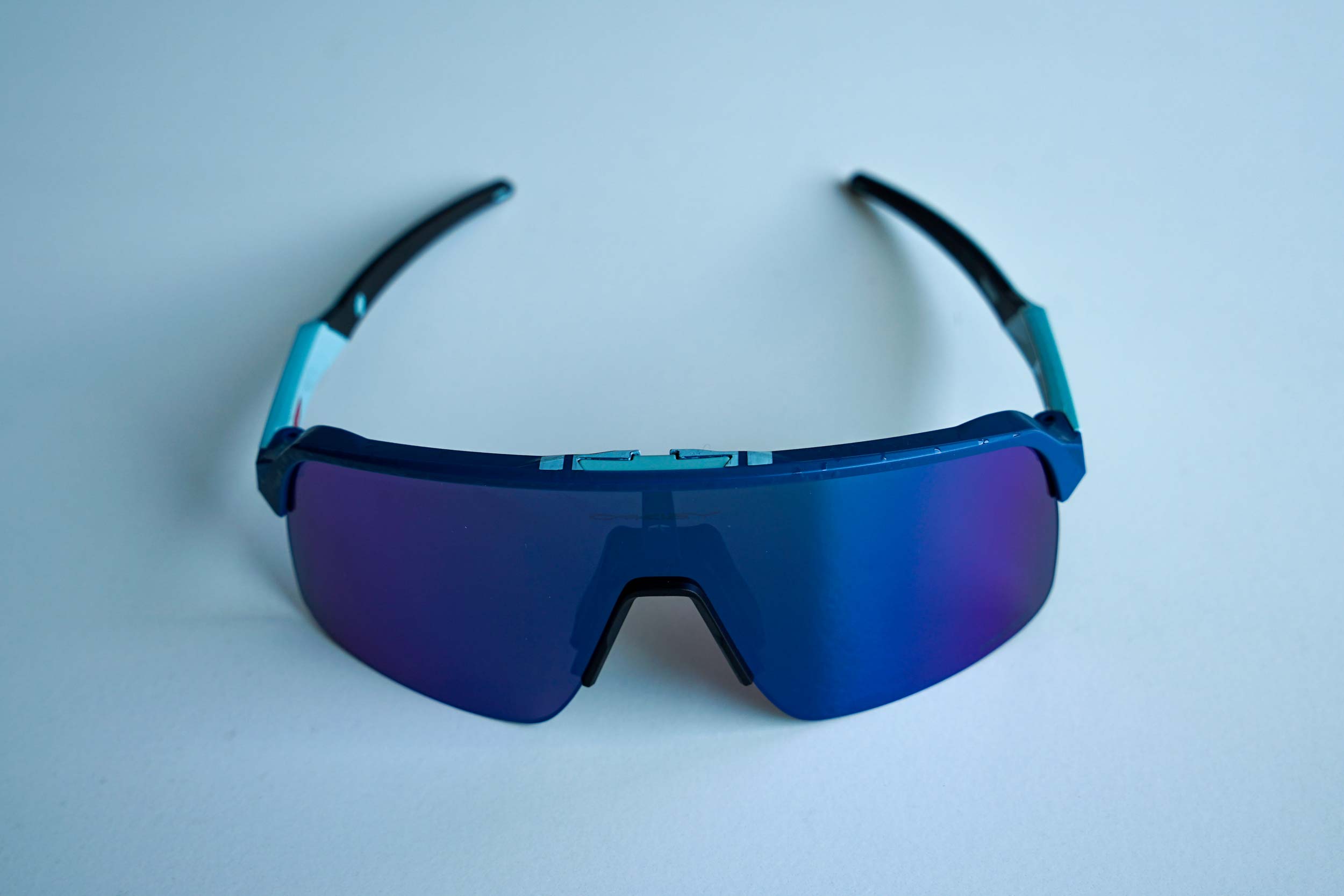 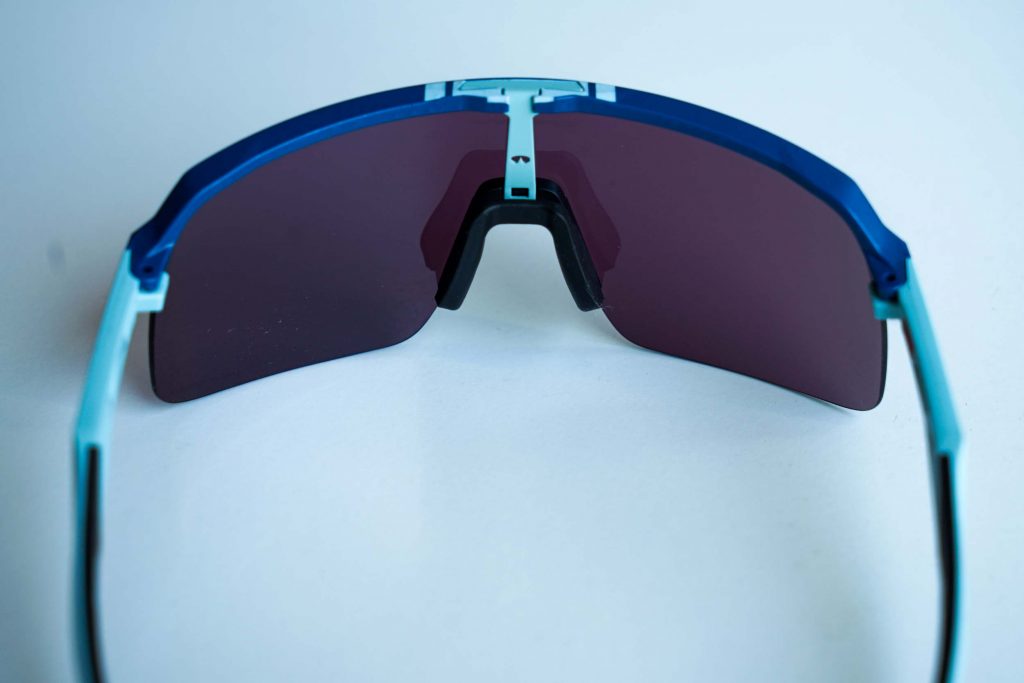 Up there on the side of the sunglass arms, near the ‘O’ logo, is an additional graphic: ‘MVDP’ it says. And cycling fans know all too well what that’s all about. Mathieu van der Poel, of course!

He’s been writing his name into the history books for a few seasons already and, on the weekend, his legend grew even more. The Dutchman from Alpecin-Fenix continues to add impressive results to an already amazing CV, and his victory in this year’s Ronde van Vlaanderen came after an incredible display of conviction for most of the race – plus a little cunning right at the end.

At 27, it seems like he’s been there and done it all… it’s a career that blossomed early and included success in a range of disciplines. By now, you know the story. And you also know that his family history suggests that future conquests would be inevitable for a young man who was born to race his bike. Still, who’d have thunk that he’d have done as much as he has in such a short span of time.

Another victory in the Ronde van Vlaanderen on the weekend was achieved in emphatic style.

Another Strava file was uploaded after the race to have fans everywhere staring gobsmacked at the numbers on the screen.

Another post-race winner’s interview was given in a heavy Dutch dialect before switching to near-perfect English.

Another podium appearance. Another photo opportunity. Another chance for sponsors who are investing in his potential to realise that the promise of exposure has already been fulfilled umpteen times… and yet it always seems like there’ll be more yet to come. 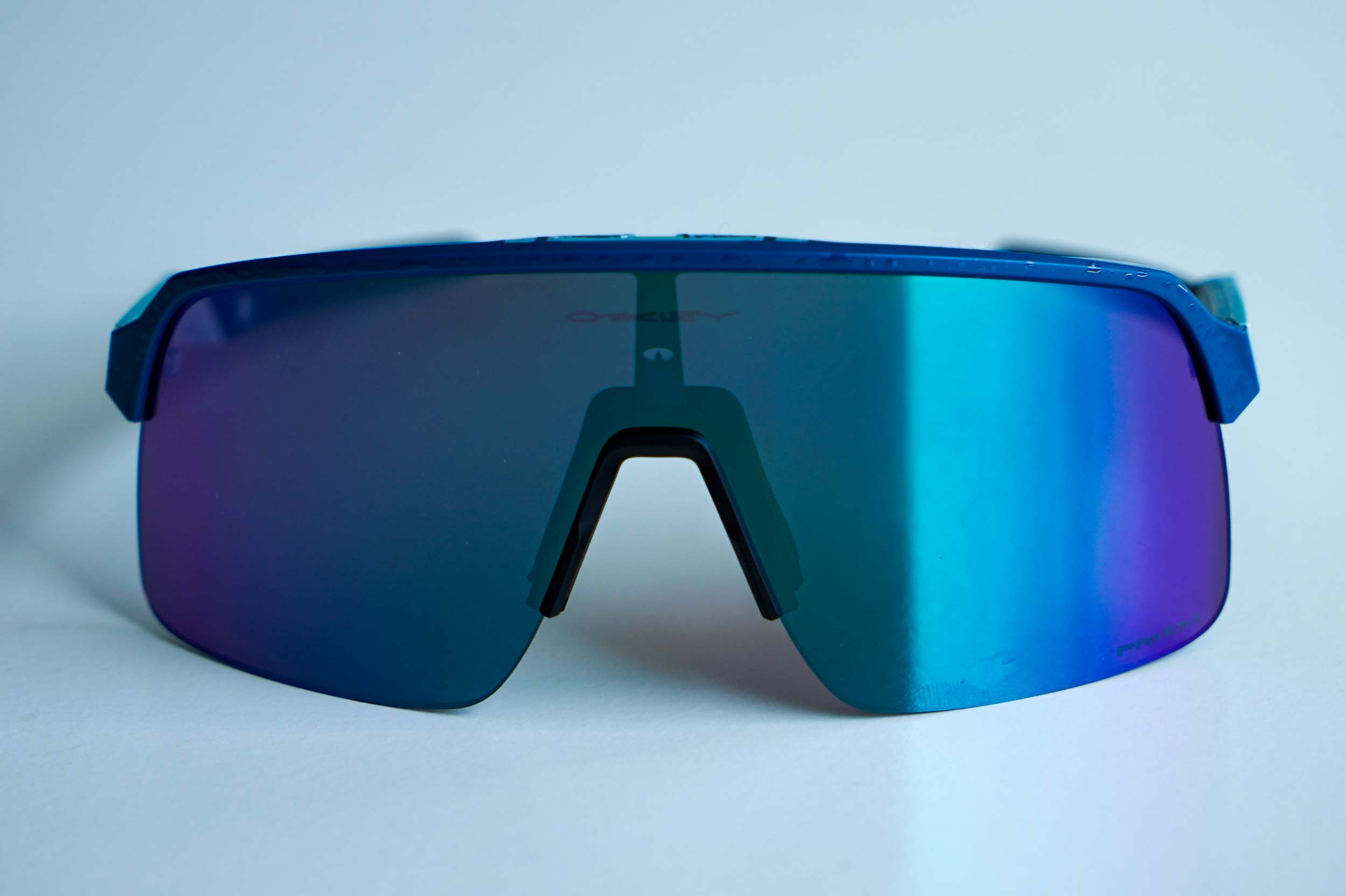 The MVDP signature series sunglasses are just one example of what we can expect to see a lot more of in the coming years. He is the pin-up rider of the moment, the Adonis of the peloton, and he’s not just winning bike races, he’s also helping marketing departments achieve brand awareness at a surprisingly regular rate.

Getting Mathieu van der Poel’s signature wouldn’t be a cheap exercise, but there are many who will be willing to pay money if they could glean even a little of his ability… and looks.

Sunglasses with an additional graphic won’t make you go faster. They won’t allow you to see more clearly. They won’t enable you to do what MVDP is capable of, but that doesn’t matter. They might make you look more cool. 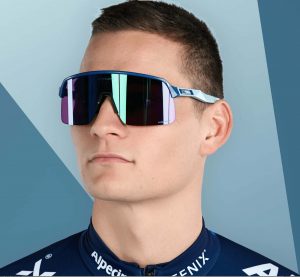 Yep, there does seem to be a bit of a price premium for the extra love that Oakley has given the MVDP range with the site suggesting a RRP of AUD$260 (versus AUD$230 for other Sutro Lite sunnies). Are you willing to pay a little more to wear something like Mathieu?

I’m guessing many will be nodding. If that’s you, jump onto the Oakley site, search ‘MVDP’ and see the signature series from every angle.

The light and dark blue review set sent by Oakley are labelled ‘new’ on the company site but, as the images from Flanders on the weekend illustrate, there is more still to come – ie. other colour combinations, like the RVV-winning yellow and orange frames. And, of course, we can safely assume there’ll be more race victories too.