In part one of what will be an ongoing review, Ryan O’Keefe begins his #GuestTest by unboxing and fitting a (rare) pair of new Continental GP5000 TR tyres.

– A product review and video (click link below to watch part 1: the fitting)

A few weeks ago Ryan O’Keefe and I met while on a ride. We talked about cycling, of course. That’s what he does: he rides and he talks about it – a lot. He earned his fame in another sport but cycling is his thing in 2021, even if he’s still involved in AFL… as his day job.

During our encounter in Centennial Park we spoke about tubeless tyres. “I’ve used them exclusively for five or six years,” he told me.

This led to me sharing my quandary about tyres: I’m using Goodyear Eagle F1 (30mm) and they’re still holding up after ±2,500km on the road, but I have a pair of new tyres for review.

You can see what happened next. My dilemma was: why replace good tyres that I’m happy with, in a size that’s 5mm smaller. Bigger bag tyres, like the 30mm Goodyears, are my preference. Of course I could swap and gauge the difference, but it’d be a different rubber, different brand, and a different size too.

“What are you riding Ryan?”

Bingo. All that leads us to the beginning of a #GuestTest slot with Ryan. 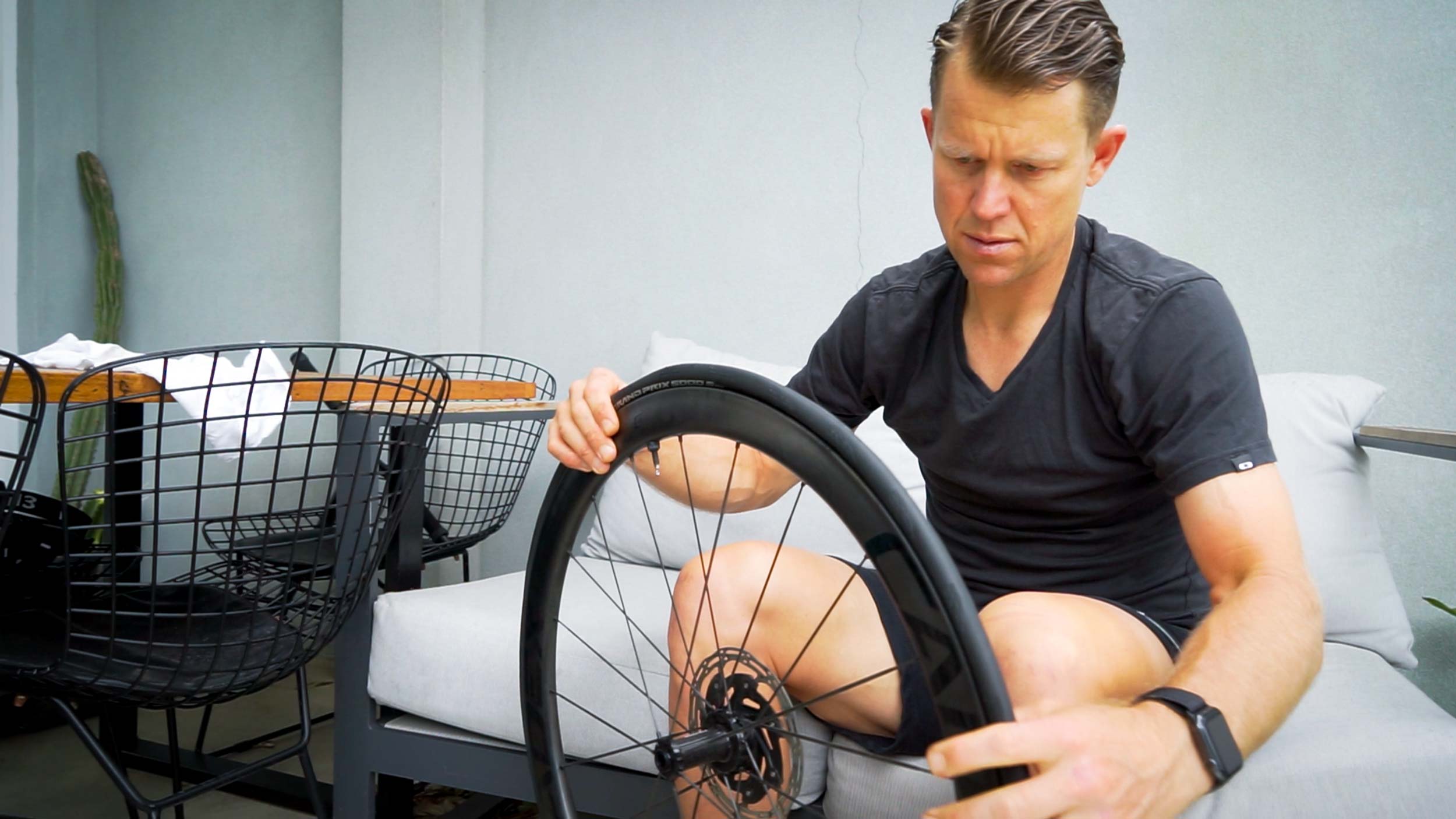 Click the link to the video above and you can see his initial reaction to the tyres and the fitting at his place in Sydney. It was, quite literally, a backyard job, done in around 12 minutes.

A key feature, I was told when presented with the review tyres, is that they are easier to fit than the GP5000 TL (a super-tight set of tyres with ‘TL’ standing for ‘tubeless’). Watch as Ryan wrestles the front tyre on. (There’s a bit of editing, but he does eventually relent to the use of tyre levers.)

For the record, I remembered an old trick which I reminded Ryan of while he fitted his new tyres for his first RIDE Media review. While he squeezed the front tyre on, I put one side of the other GP5000 TR tyre under my feet and pulled it tight, putting a little tension on it and ‘giving it a stretch’.

Later, when the second tyre went on much more easily, we considered the differences. There’s a discrepancy in size (however minor) between wheel brands and some rims accept tyres more easily than others. But perhaps it was that little old trick of some stretch – but not too much, of course – to loosen things up a bit.

The review continues. Next: how do they ride? 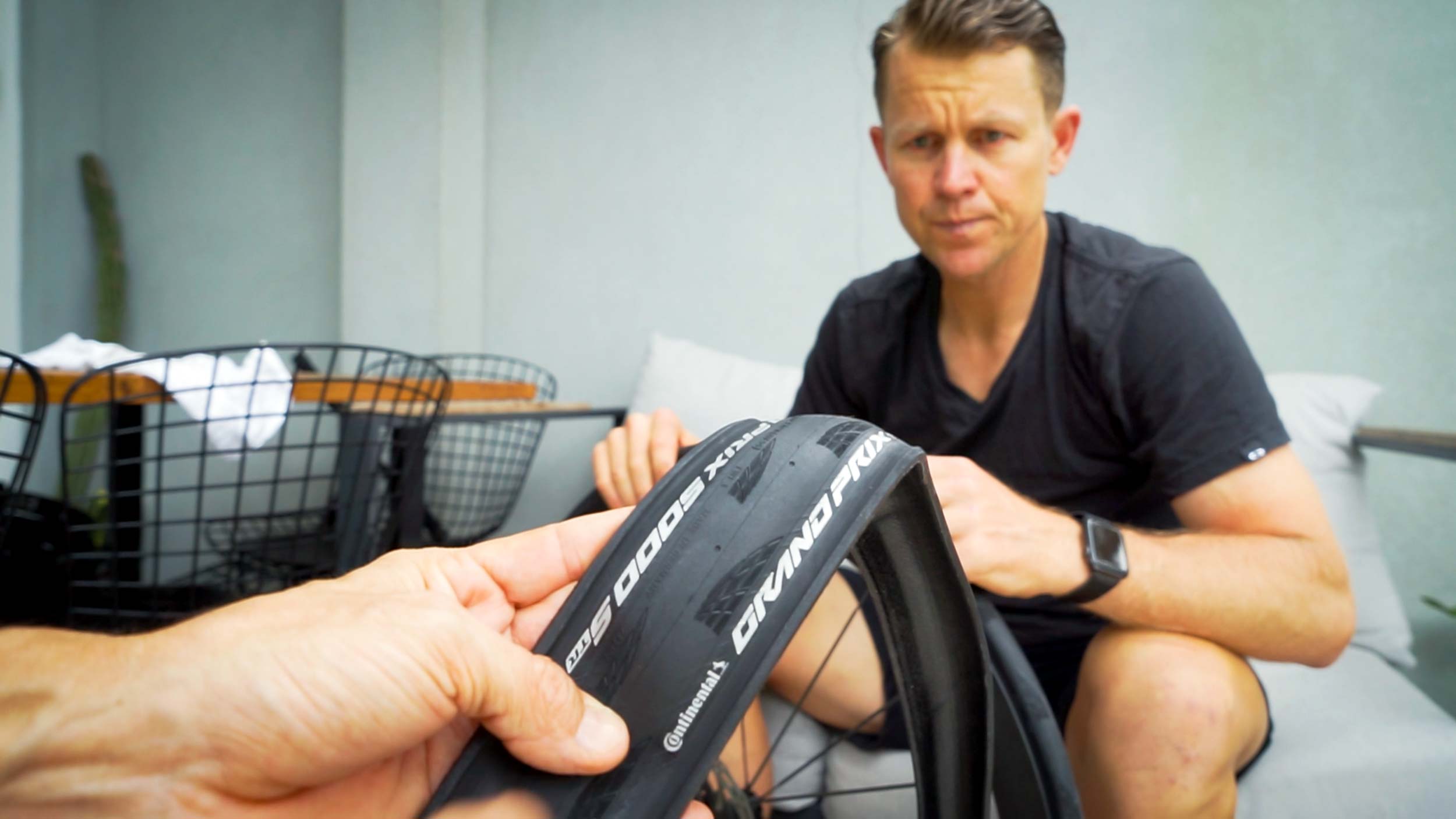