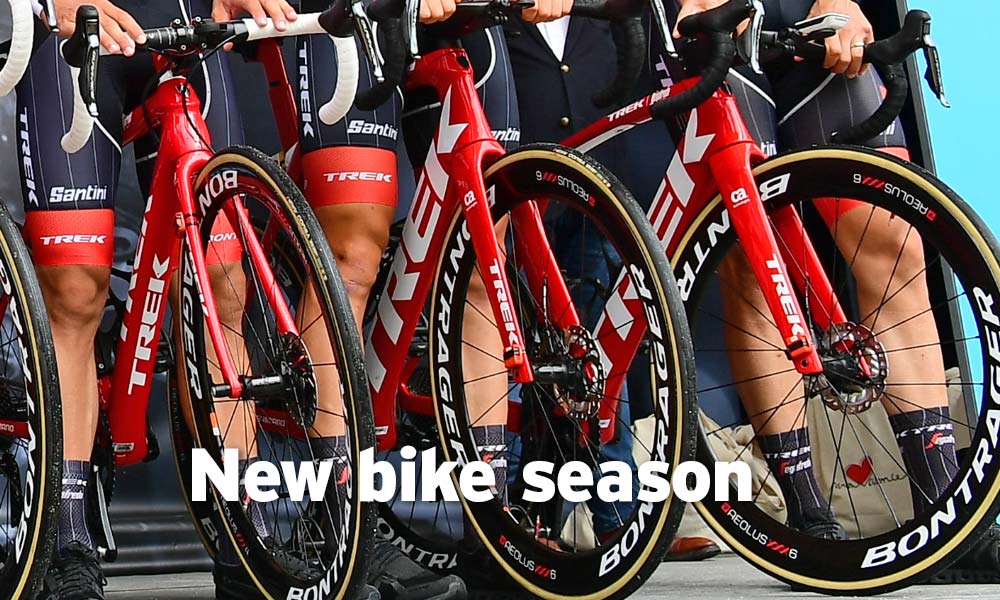 It happens every year, so we now come to expect it. June rolls around and bike brands steadily start unveiling new products. Images from the Criterium du Dauphiné reveal a few new frames… here’s a quick overview.

In June 2017 it was the Trek Emonda with disc brakes, launched in a gathering in Wisconsin. Then, on the first day of July last year, Specialized officially unveiled a new Tarmac frame in Düsseldorf on the eve of the Tour de France’s Grand Départ. In between, there were a few other products revealed.

What had once been an end-of-season activity for the bike industry, has been moved forward a few months and the reason is fairly obvious: if the sponsored teams ride the new bikes at the Tour de France, they get seen by more people than at any other time of the year. Any exposure is good for business, at least that’s how the theory goes.

This brings us to June 2018. So far there’s only been a prologue and one stage at the Criterium du Dauphiné – a race which serves as a good warm-up for Le Tour in July – and a few new bikes have been spotted in photos from France. The details will, evidently – eventually – all soon be formally revealed but here are a few quick glimpses of a few changes in time for The Big Race in the middle of the year. 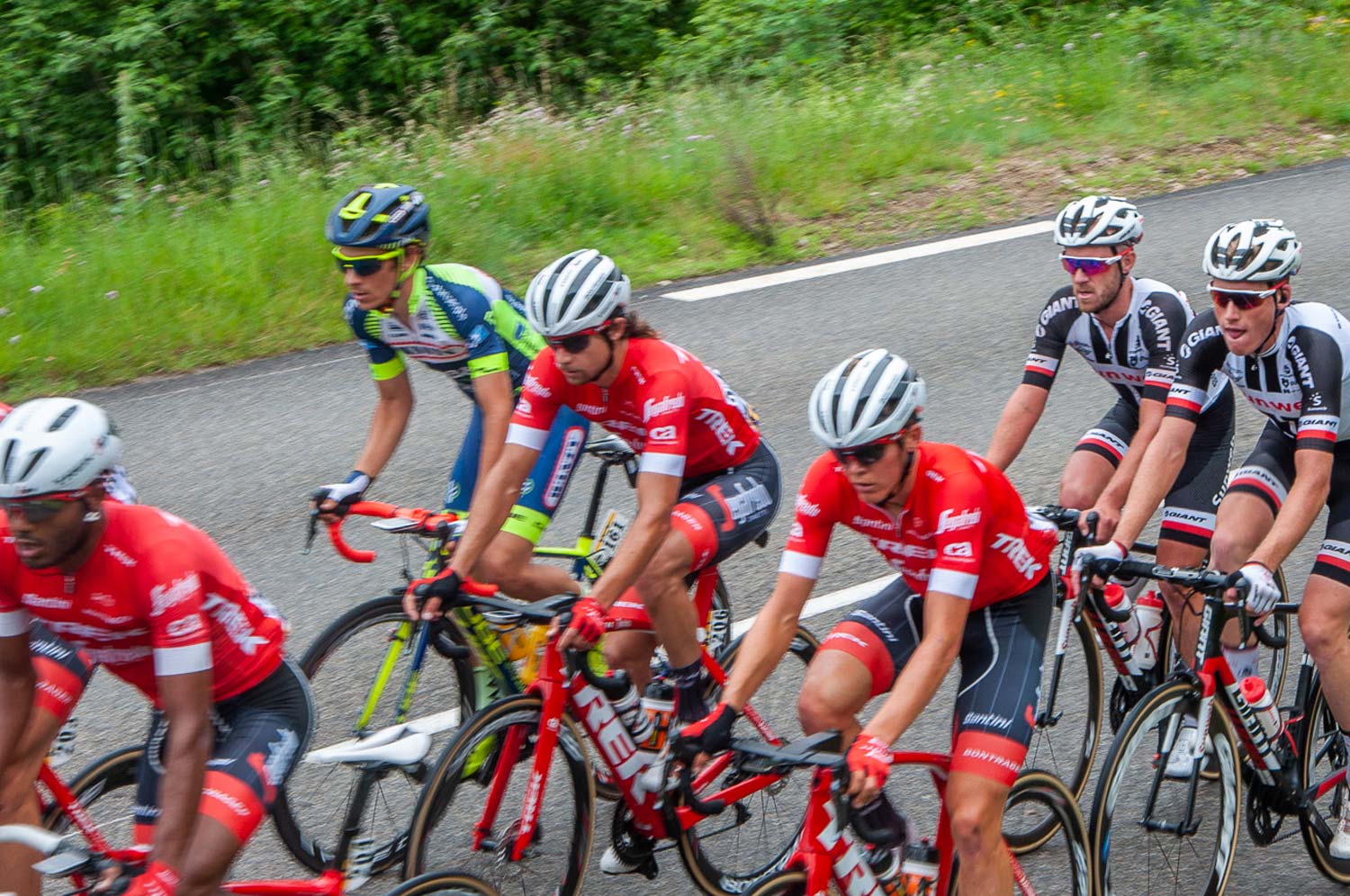 It happens so often these days that it’s a little difficult to keep up with which frames have been released in a disc brake iteration (and which are yet to have that option applied). The Emonda with discs has become the bike of choice for many from Trek-Segafredo early in 2018 and the Madone with discs is clearly the next to be rolled out.

You don’t see a lot of detail but we know from the Emonda launch last year that there are plenty of tweaks for a new frame even if it seems as simple as changing the braking system. There’s a lot to consider but for now we just look at the images and contemplate the question that matters if you’re a potential customer: would you like disc brakes with that? 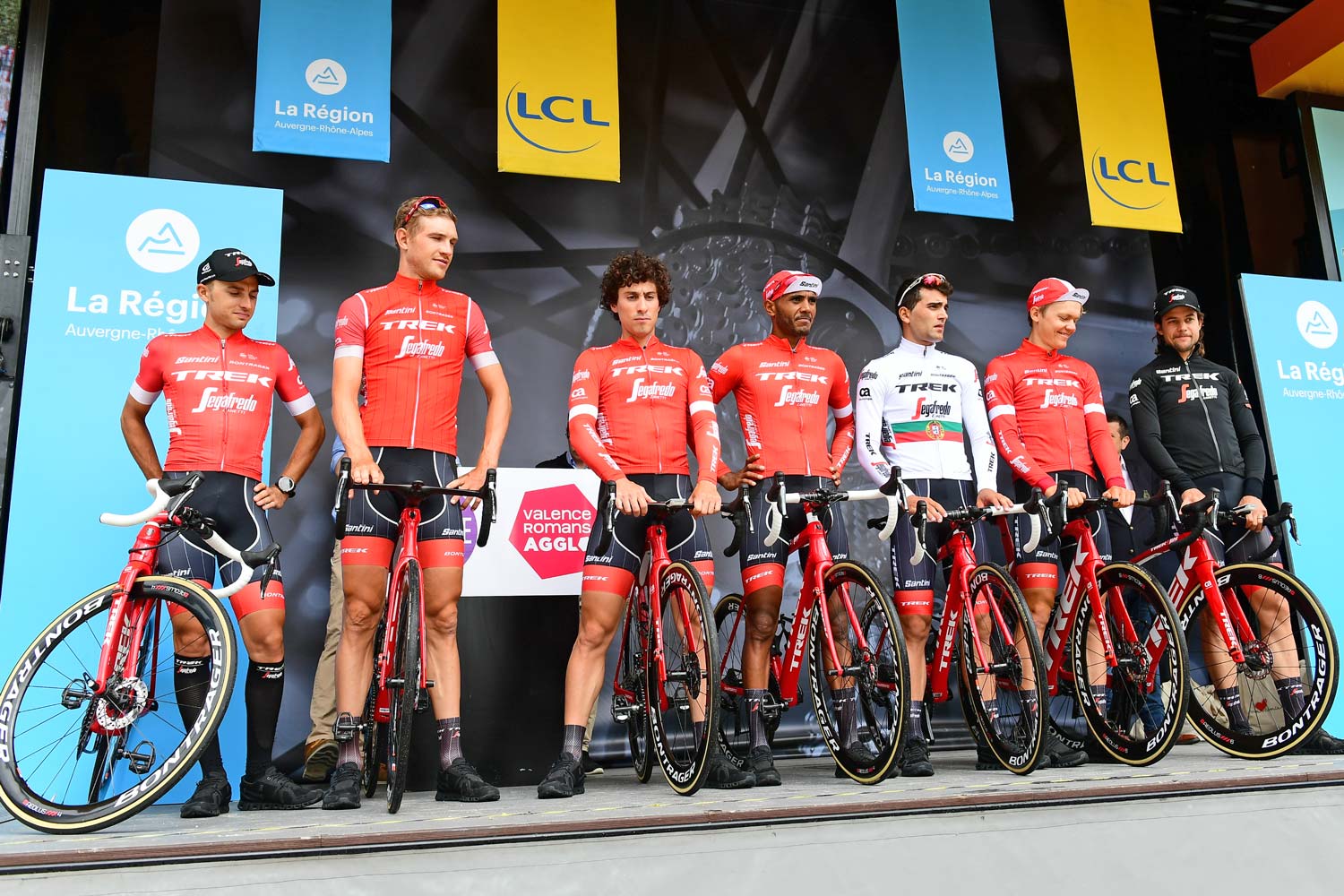 Trek-Segafredo riders… with a mix of frame options before stage 1 (above).

“You’ll find out soon enough,” said a rep from Trek early in June.

The new shape of the Madone was revealed in 2015 and it was a big change from what had been the flagship road bike from the US brand. (These days, it’s one of a family of options: Madone or Domane or Emonda…)

The rim brake version features special callipers, developed just for the Madone, and somewhat clunky ‘flaps’ at the front of the bike to allow the centre-pull brake to function properly while letting the rider steer… this isn’t necessary with a disc brake. And even from a glance at the team presentation image from the Dauphiné, we can state the obvious: it’s a cleaner aesthetic. 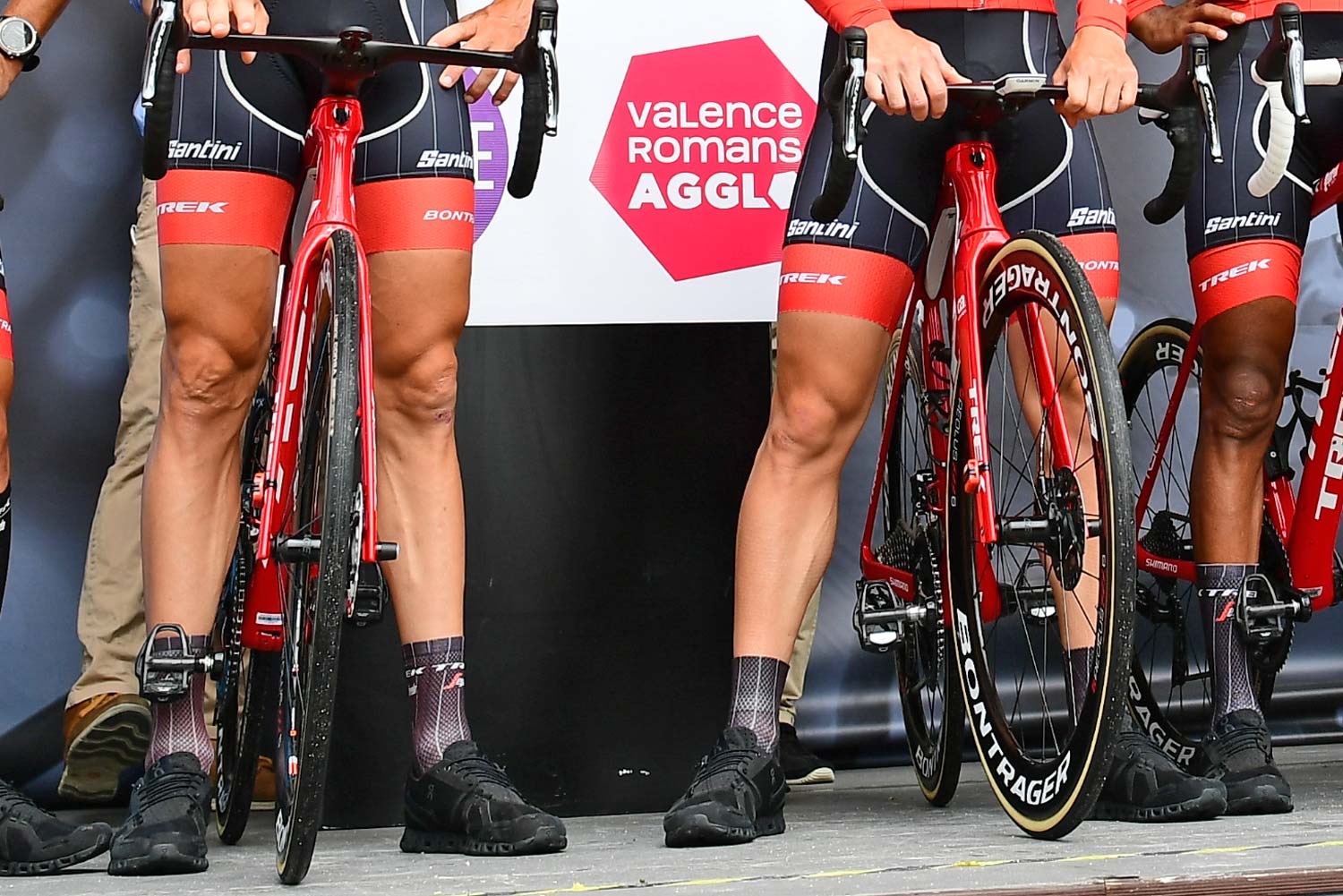 Some Trek riders are using the Emonda, others have a new Madone with disc brakes (above).

Other changes that can be seen in the peloton include a new shape for a Specialized frame – as used by both Quickstep and Bora-Hansgrohe. And white Look frames, in a variety of styles, for riders from the Fortuneo-Samsic team (see below). 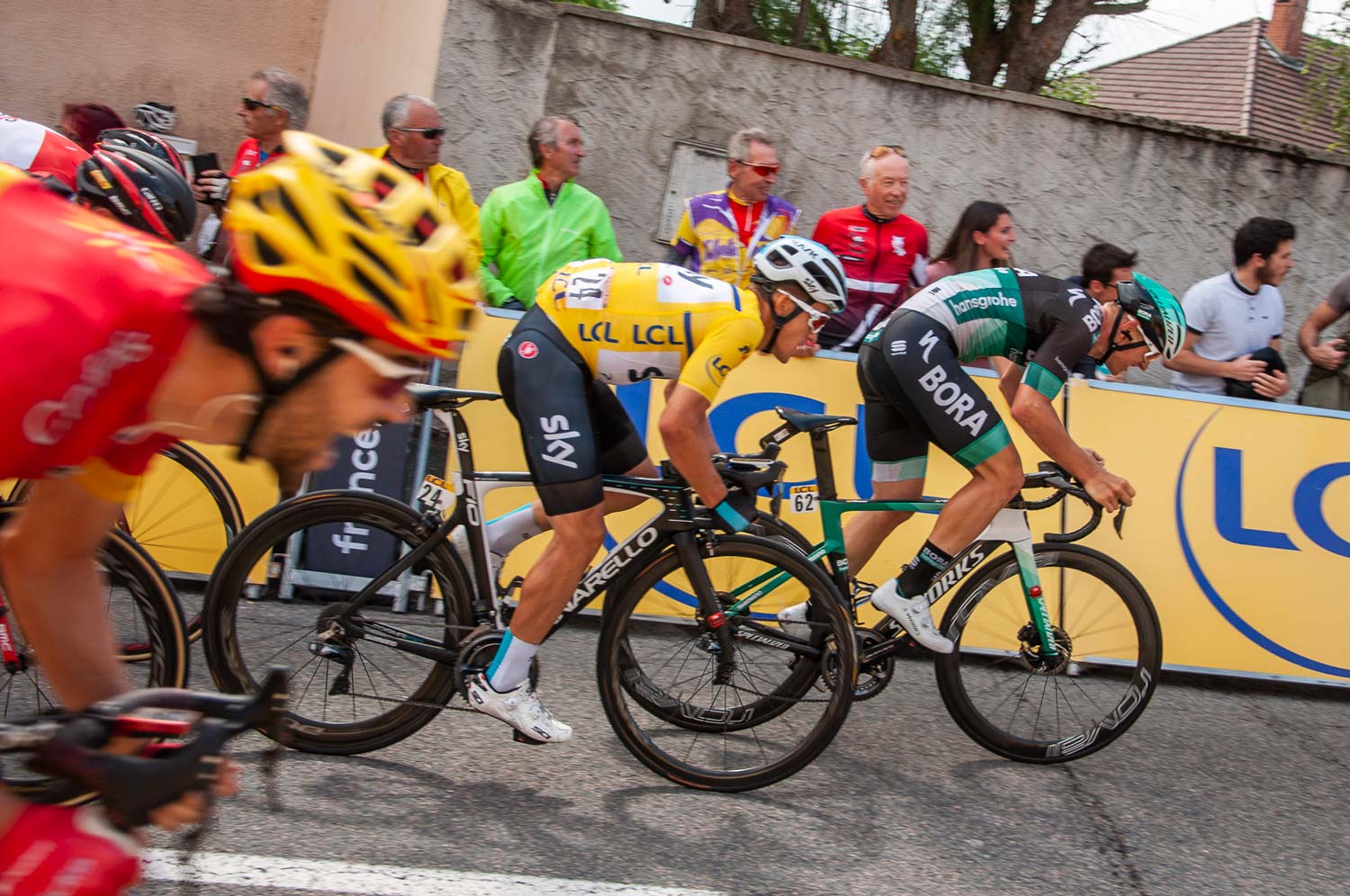 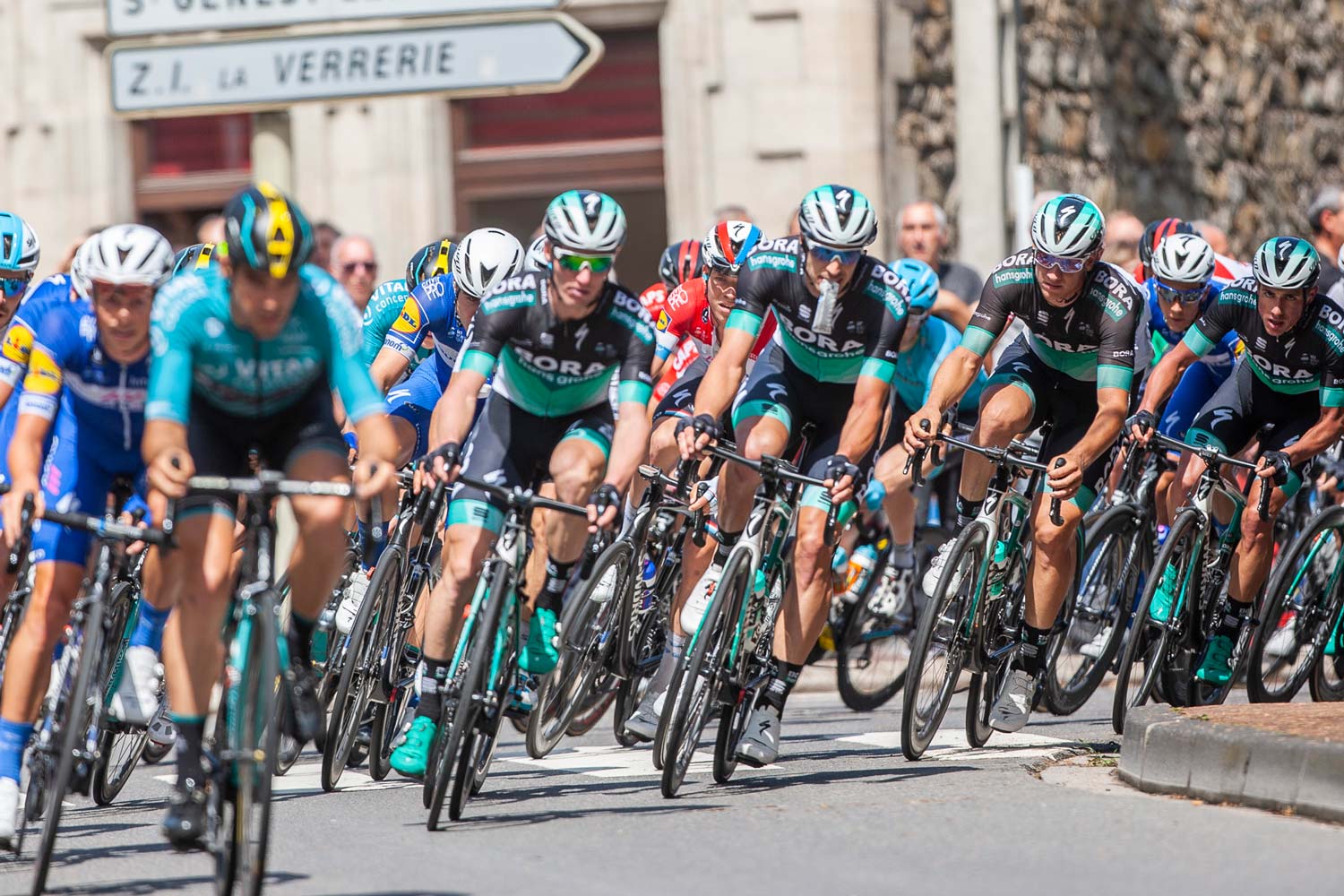 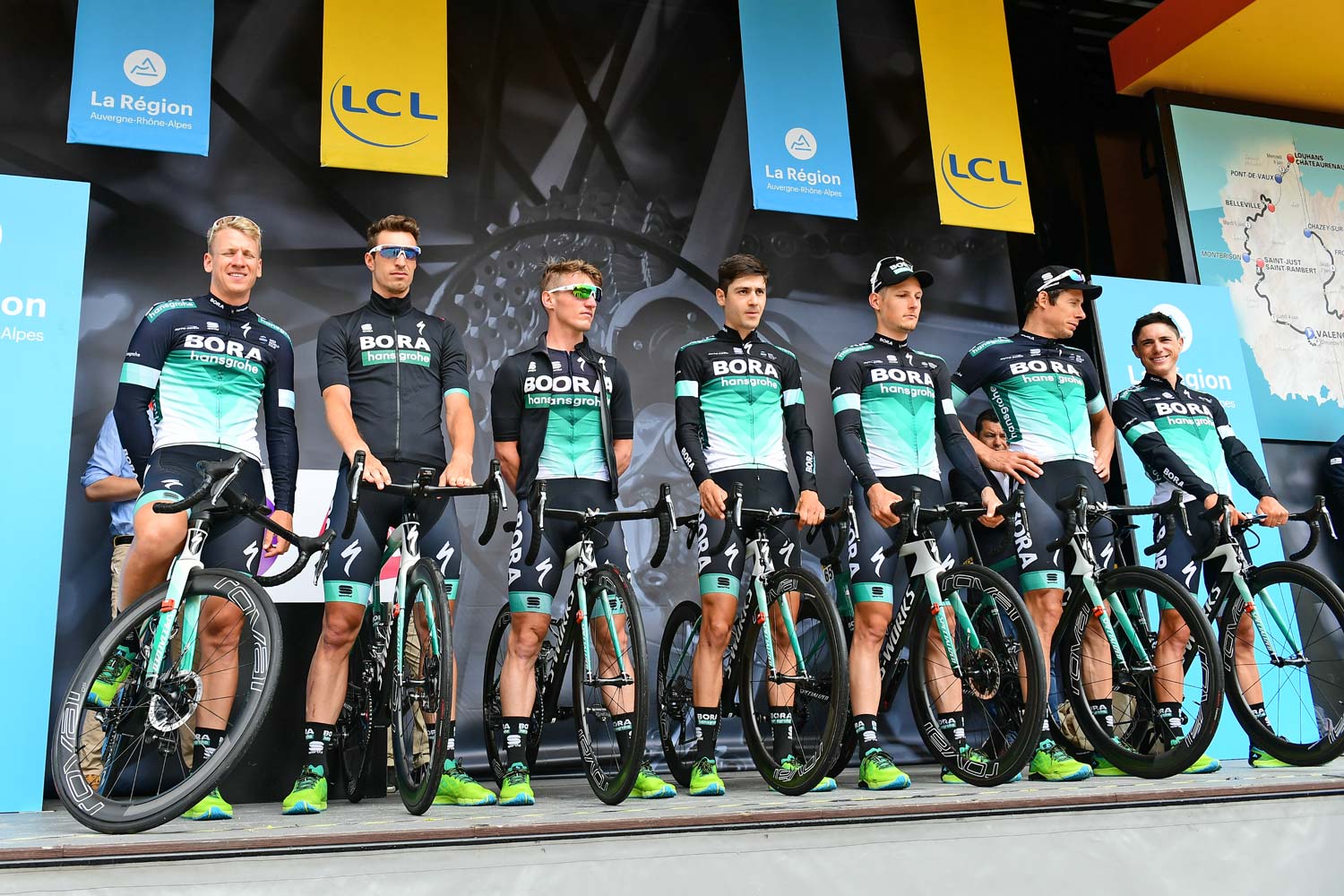 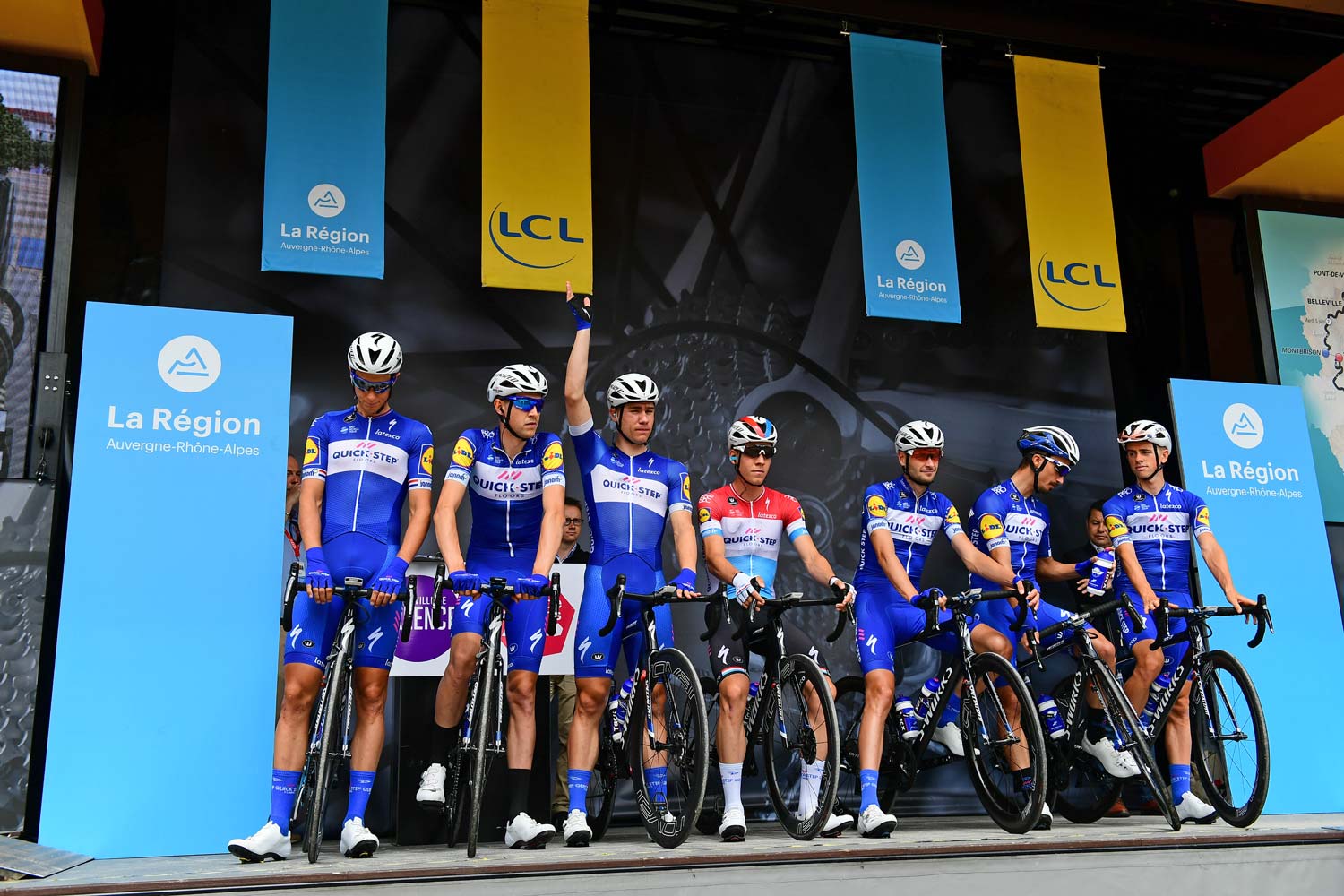 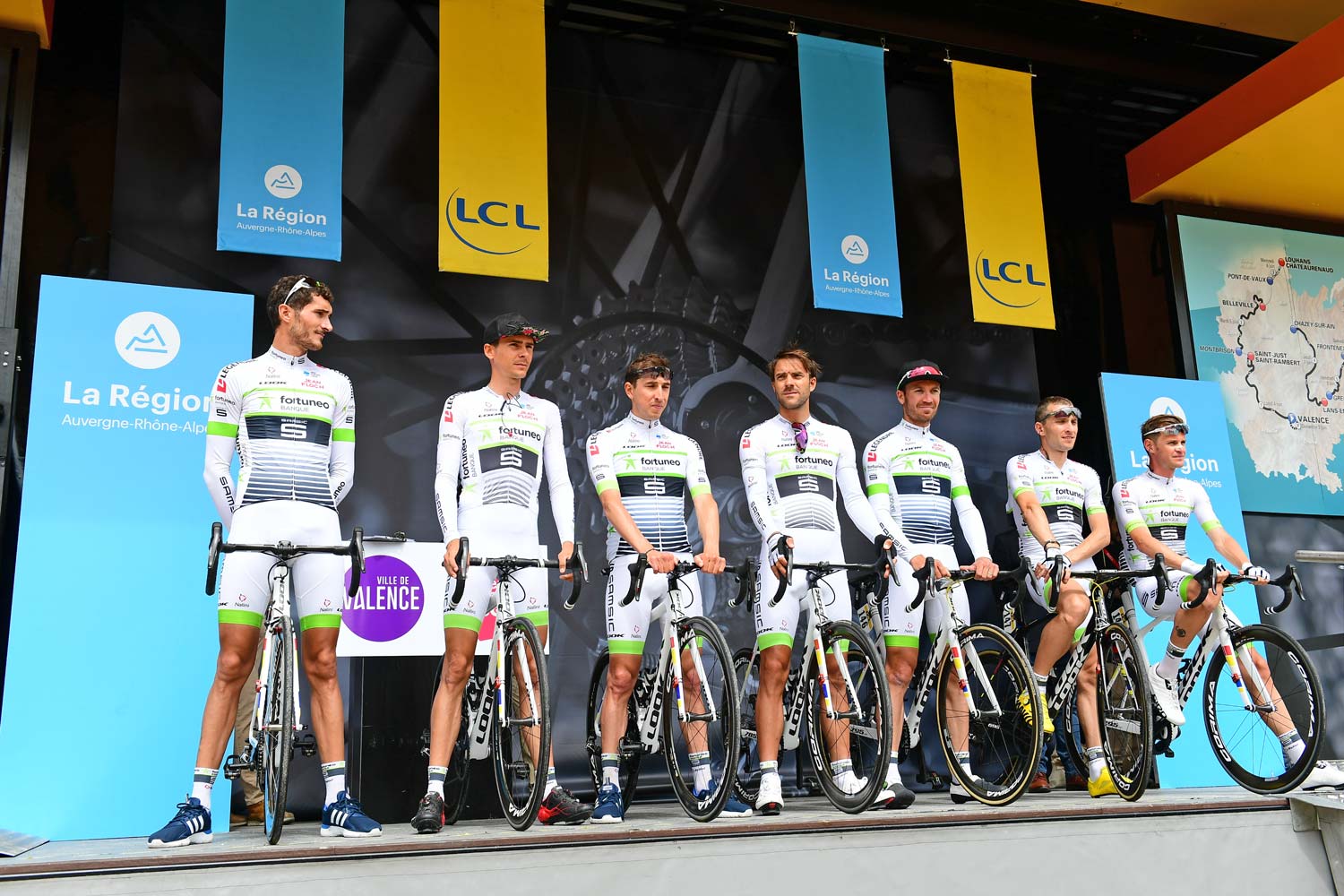 RIDE Media publishes the Official Tour de France Guide (Australian edition). The magazine will be on sale later in June.