Project Caledonia: time to ride – on the Oaks Trail with the new Cervélo

There’s a long series of videos showcasing the Cervélo Caledonia frameset and SRAM Force AXS Wide groupset. Before we visit the workshop for the bike build, here’s a clip of the third ride on a fantastically stable, utterly predictable, great handling road bike… on the Oaks Trail.

I’ve explained some of the elements of this #ProjectCaledonia bike already. The frameset arrived a few weeks ago, some Zipp 303s wheels are on loan to RIDE Media, Pirelli’s Cinturato tyres meet the brief for a road / gravel bike… and the Cervélo Caledonia has been ready to ride for a week.

The day after wheeling it out the door of Velofix, I took the bike up the hill to Woodford in the Blue Mountains, photographed it on the Oaks Trail (nearby where I’d originally unveiled the frame), and got an early taste of what the (rather extreme) gear ratio would be like on my first ‘gravel bike’. 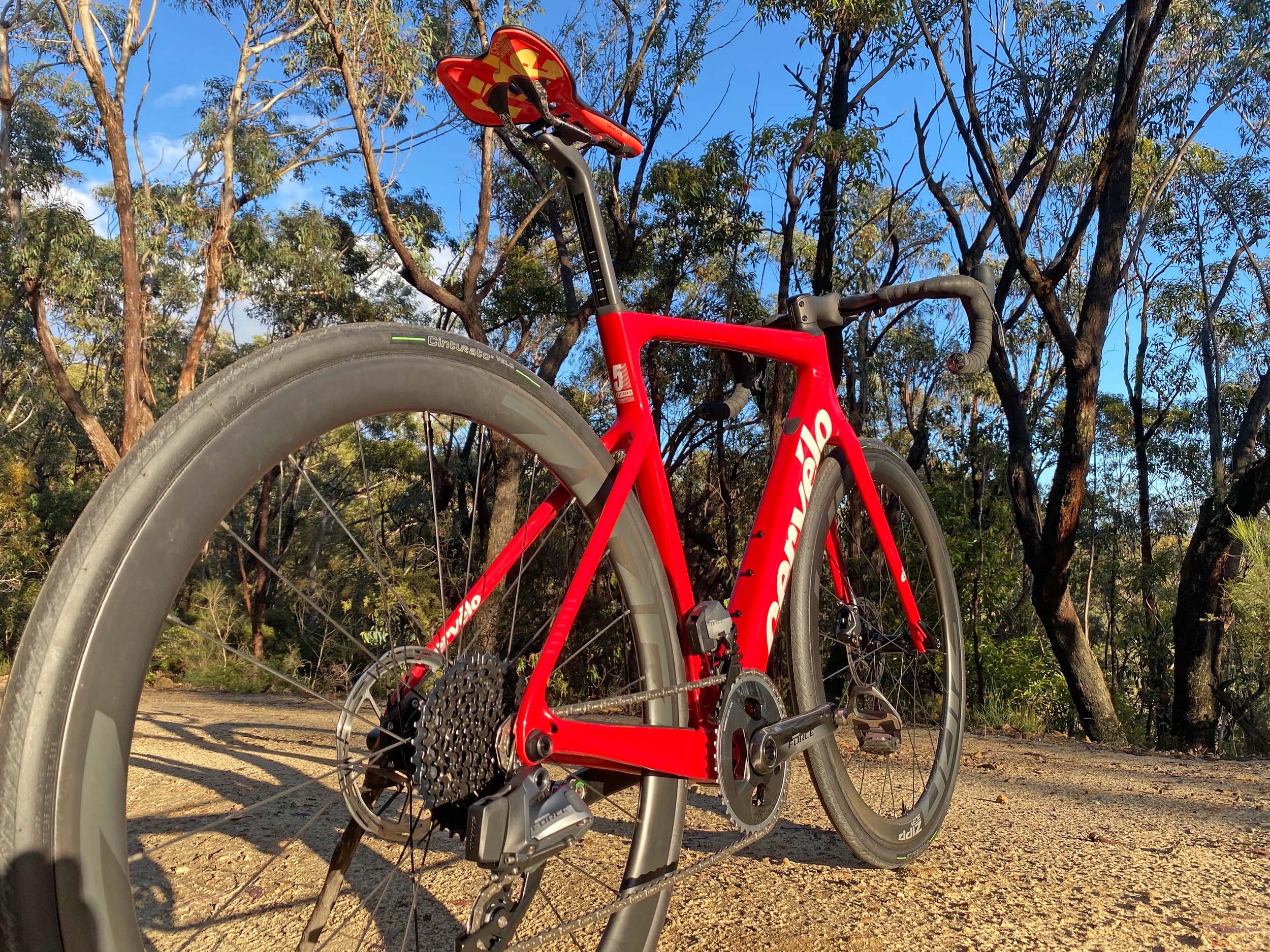 On Sunday, I knocked out 100km in Sydney, rolling around the hills of the eastern suburbs, insisting that the chain remain in the (little) big ring (ie. 43-tooth). With the lowest tyre-pressure I remember riding while on a road bike, the beast hugged the road, cornered like I was in the Moto-GP (without the speed and engine, of course) and it was a joy to be riding.

Since then, I’ve returned to the mountains and gone for another blast down the Oaks Trail. 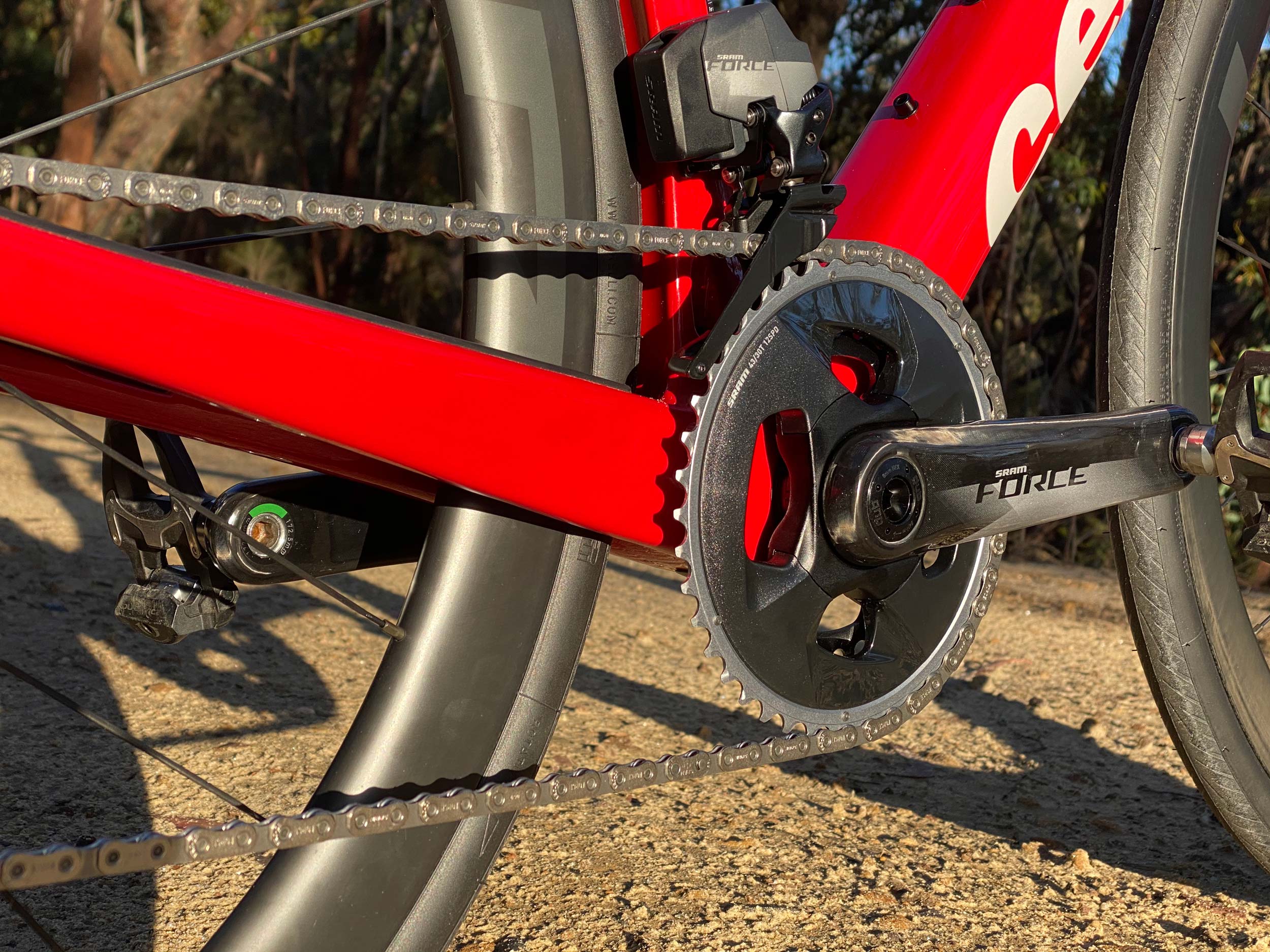 Finally, after collecting many hours of video footage, I found a moment to do some editing and you can now see a video of one of the ride sessions (at the top of this page, or – for the conclusion alone – below).

There’s a lot more yet to say about this bike and this post is largely to prompt you to watch the video about my third ride on the Cervélo Caledonia.

The YouTube clip is a long one (26 minutes), which includes some commentary about the bike, some observations about nature, a segue or two about other product – Cuore clothing, Shimano cleats, SRAM ‘blips’, etc… and I had a barrel of laughs making it.

Yes, it’s not quite as serious as much of the other stuff you’ll find on ridemedia.com.au but it sure was a lot of fun. The ride was fantastic, the weather glorious, the location ideal, and the bike performed beyond my (lofty) expectations. 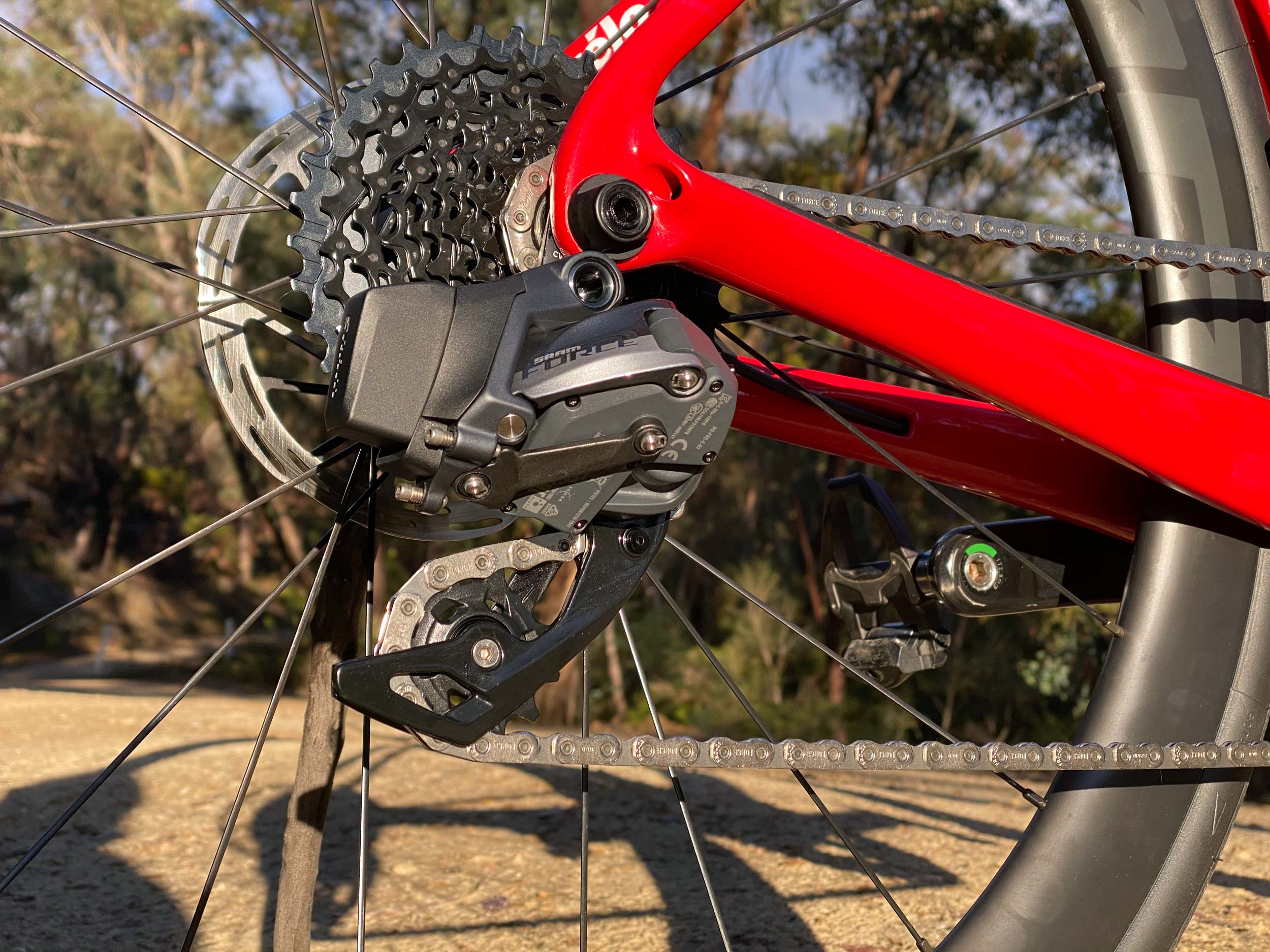 This bike has given me energy and an excuse to go and ride. It has taken me to places I’ve not dared go with other road bikes and it has cheered me up during what has been a pretty rotten year.

Cycling, I’m reminded, does wonders for a person. Of course, there are the physical gains that come with time on the bike but the ride(s) on the Caledonia have been fantastic for my mind.

You can find some B-roll footage (click the link above), excess video if you like, in which you’ll see and hear me going on about my love of the Australian bush and other random musings while on my ride from Woodford to Glenbrook earlier this week.

Not everything I do relates to cycling, but most of it does.

I’ve enjoyed the chance to talk to the camera (and, hopefully, an online audience) about things other than bikes or racing or riders. The ‘nature doco’ that you can find on RIDE Media’s YouTube channel won’t make you a better bike rider but hopefully it’ll prompt you to stop once in a while and have a closer look around. 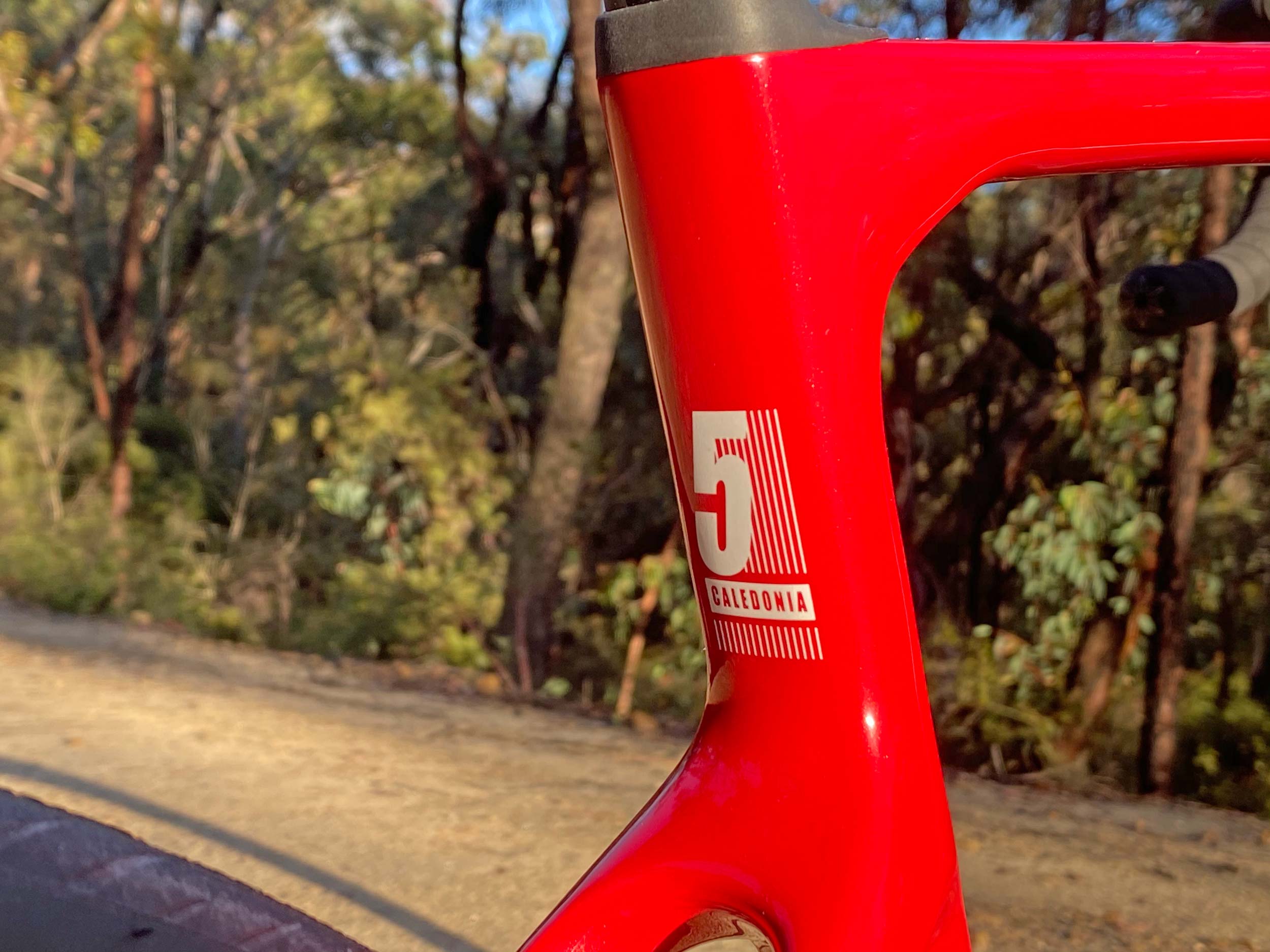 The Australian bush is indeed a thing of beauty, so too the Cervélo Caledonia.

Have a look at the various social media channels – including RIDE’s YouTube channel – and get to know this frameset and the various parts which adorn it.

And, of course, if you have any comments and/or questions, don’t be shy – it’s great to get feedback. Let me know what you think of the bike or ask away, I’m interested to know what you want to know. 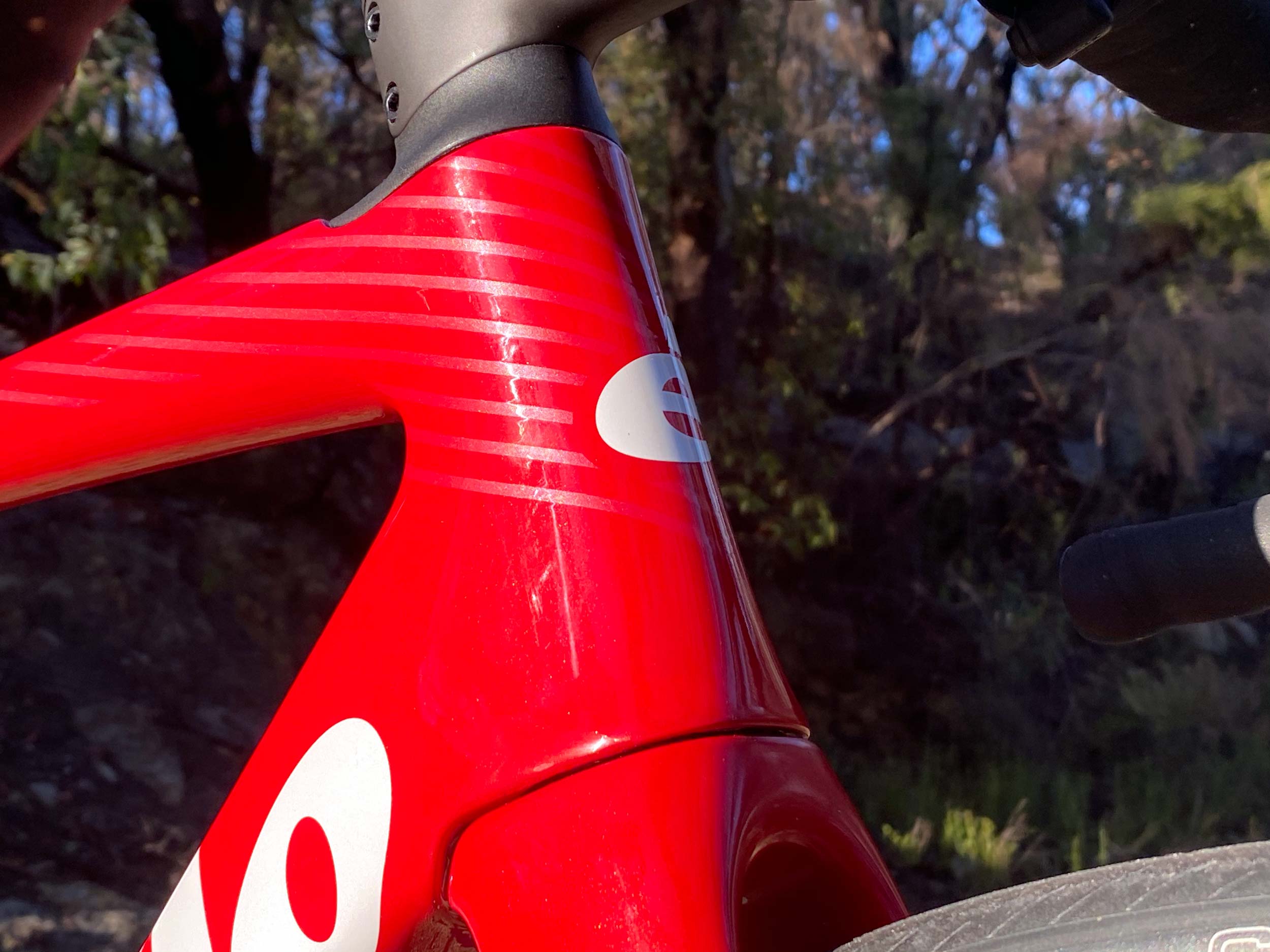