Story of my bike: Kenevans with inspiration from Dario Pegoretti

Keith Bremner has been riding long enough to know how down tube shifters work. He appreciates quality workmanship, old-school style, and an aesthetic pioneered by Dario Pegoretti. Keith explains the story of his bike… 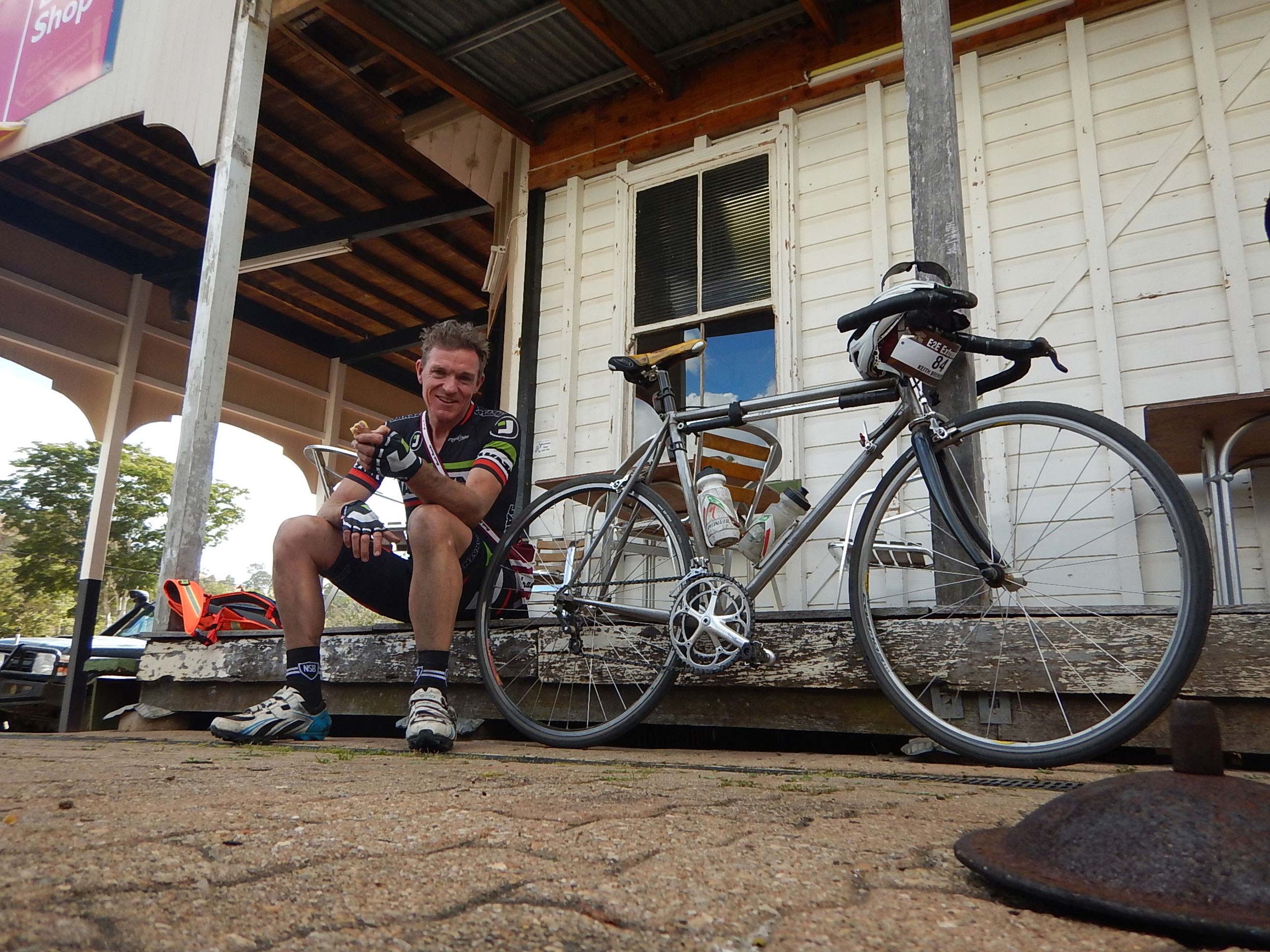 A bicycle is one of the humanity’s most beautiful contraptions and no one likes to see a quality steel frame end its useful life on the scrap heap. So, when this Kenevans (or is that Ken Evans?) frame was offered to me by a veteran hard man for free I couldn’t pass it up.

The frame had already had a hard life and was only one step away from being left in a rubbish skip. There are a few small dings in the steel tubing but nothing that would affect the ride quality or safety of the bike.

It was the right size for me and I’d always wanted a Kenevans in my collection so I brought it home but didn’t do anything with it for six months. 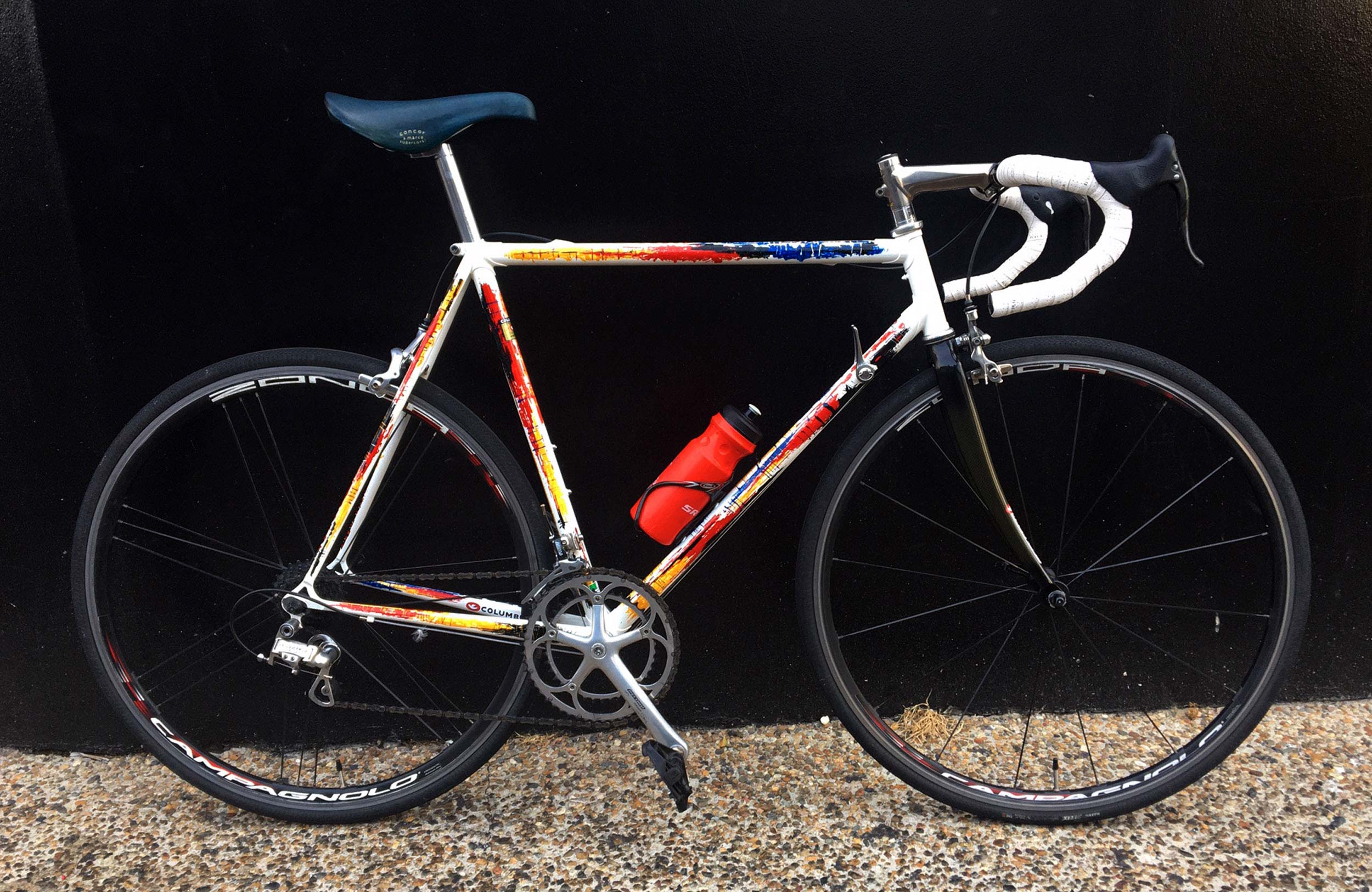 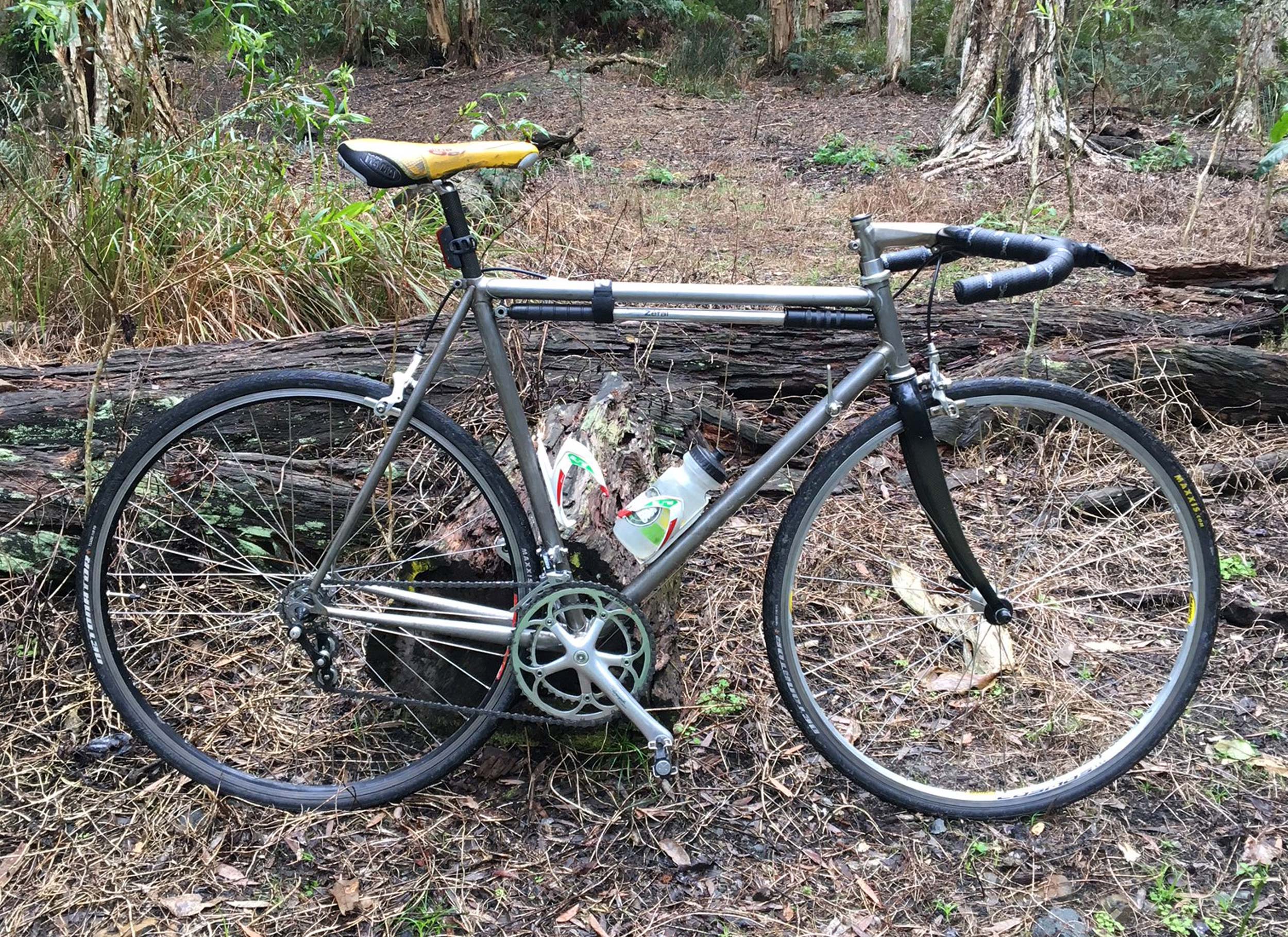 The frame was painted in a deep purple base coat with some Colnago-styled airbrushing in white on a few tubes but there is no pantographing or even a serial number, so I was unsure if it even was a genuine Kenevans… it had all the correct stickers though so it was more than likely the real deal, just a cheaper model in its day.

It was fitted with a heavy carbon Kinesis fork and a Shimano headset. Both would need to go during my restoration, neither aged terribly well. 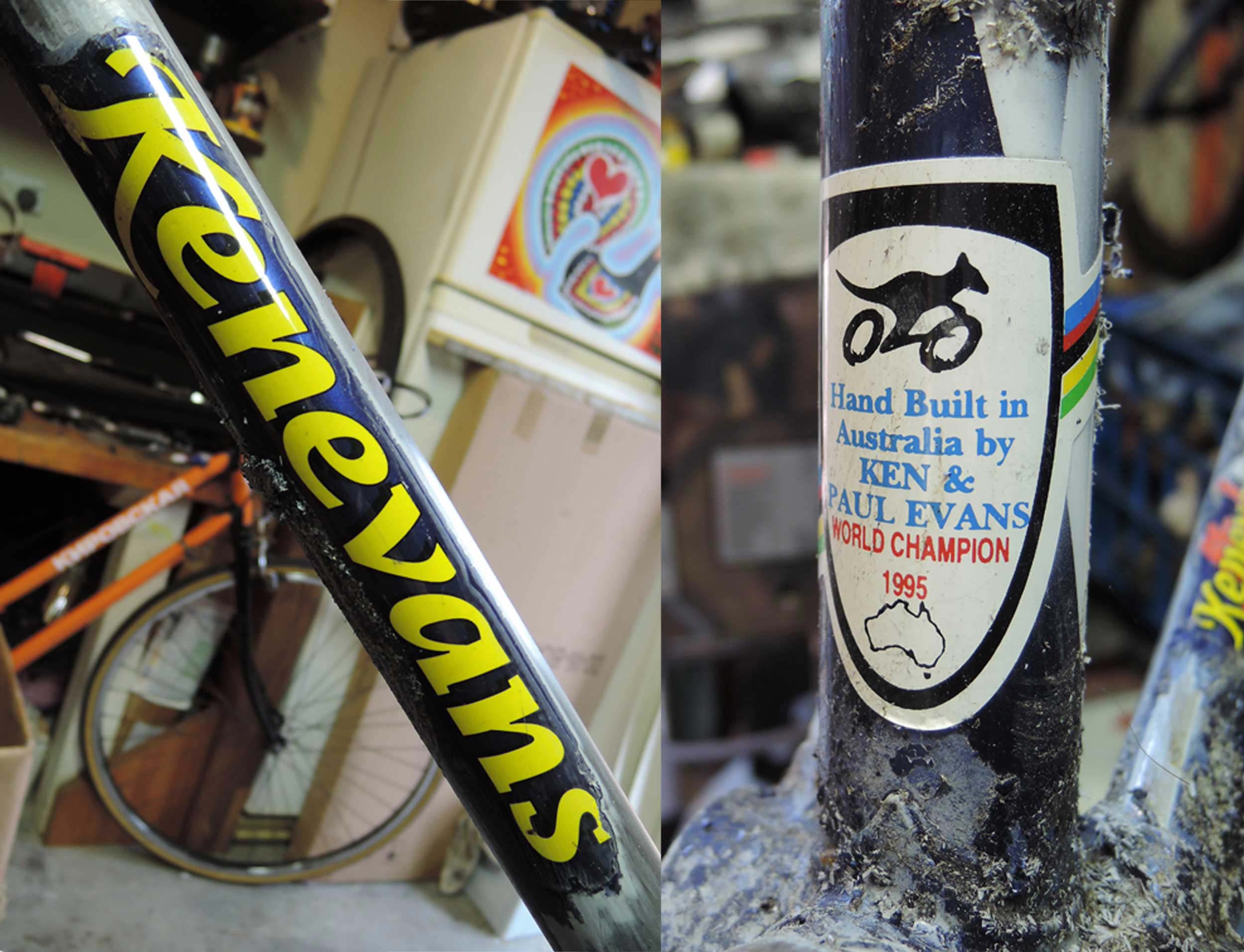 The basics for a good bike

After a few months, I eventually got the urge to strip the frame to repaint it. After taking photos of all the original stickers for reference, I stripped it down to raw steel. She’s built with lightweight Columbus EL tubing and without the fork the frame is super light.

I was looking for some inspiration to build the bike, so when the Brisbane Valley Rail Trail’s 160km End to End Challenge was announced I decided to build up a two-speed gravel bike: bigger tyres, moustache bars and a 53/39 x 18 setup was the mix. It was one of the hardest rides of my life but the old Kenevans didn’t miss a beat. That ride is another story in itself! 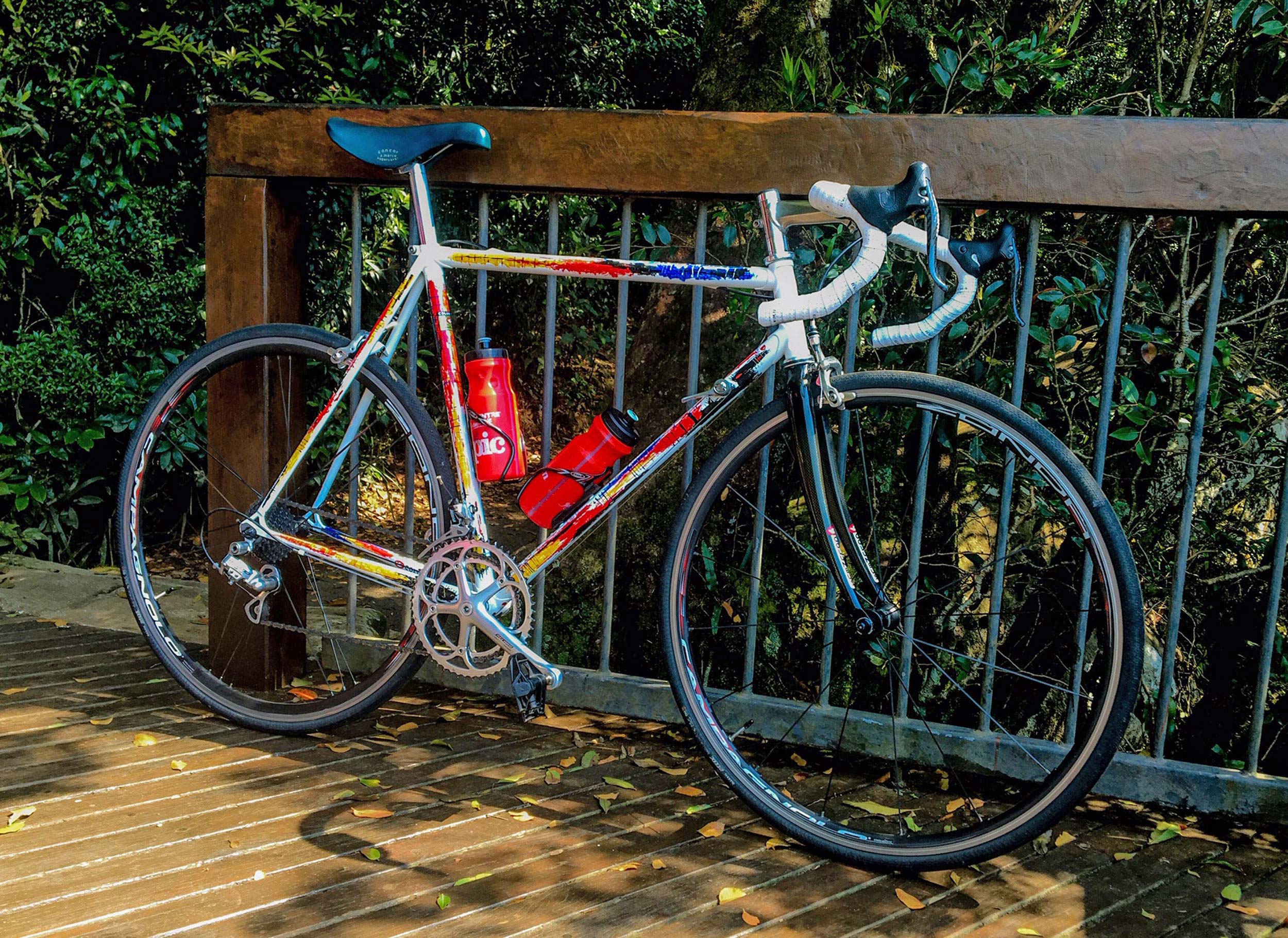 The famous ‘Noosa Strade Bianche’ event was a week later so I rebuilt the bike with a mix of Campagnolo parts I had lying around and fitted a Columbus MAX steel fork for the gruelling 140km of gravel and hills around the Noosa hinterland.

I had a blue suede Selle San Marco Concor saddle I was saving for a Bianchi build in the future but it went onto my Kenevans ‘bitsa’ instead – and it isn’t coming off now. So comfortable.

The old Kenevans cruised the course with ease. It climbs and descends superbly. By now I was beginning to get to like this frame.

After Noosa I fitted a lighter and better looking carbon-fibre fork and a set of Campagnolo Zonda wheels to get the weight back down.

The bike has been through a few spec changes in its time and will continue to evolve but for now I like the sensations it gives out on the road.

I’ve ridden many bikes in my time but you know when the fit is right and you feel at one with the machine. This bike is one of those! 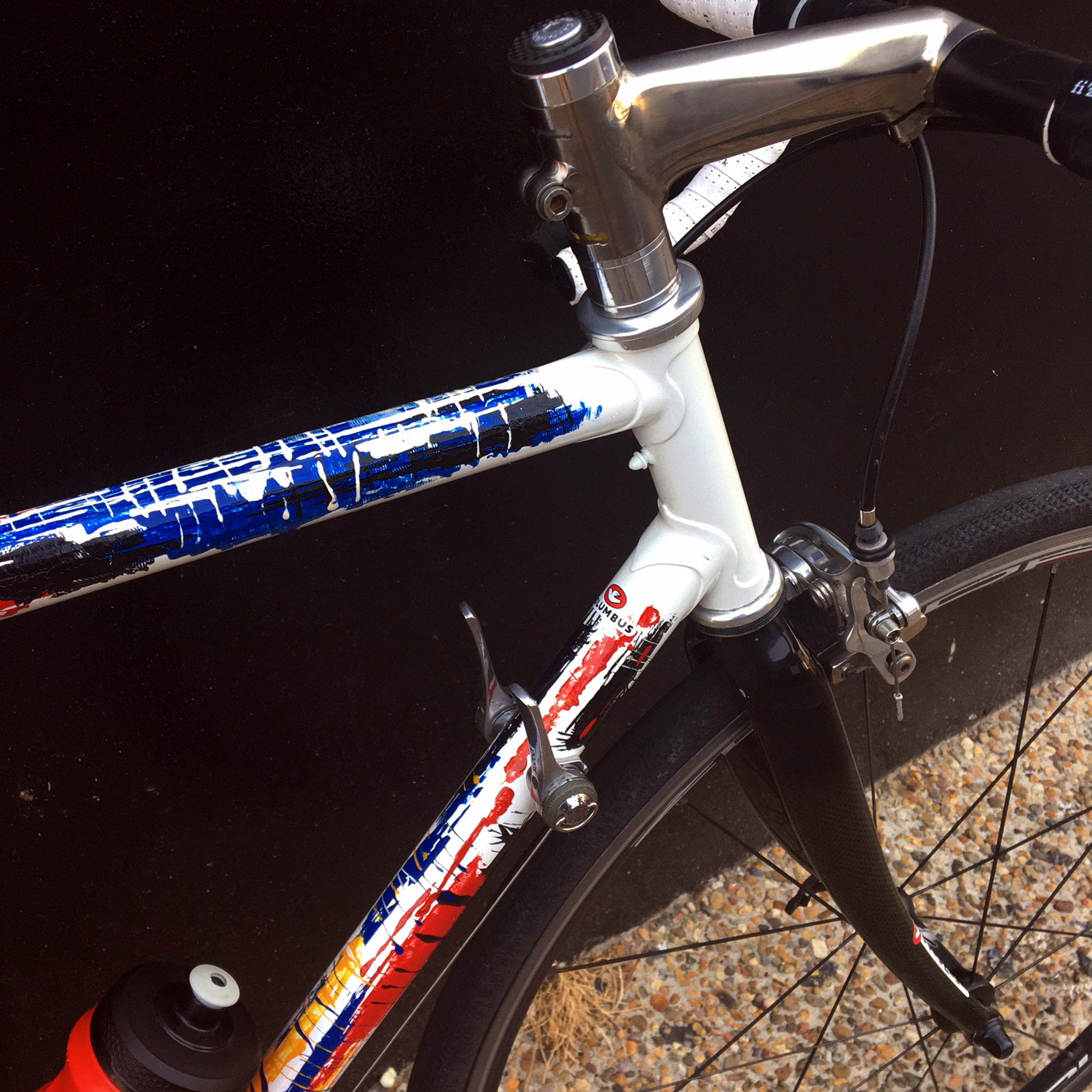 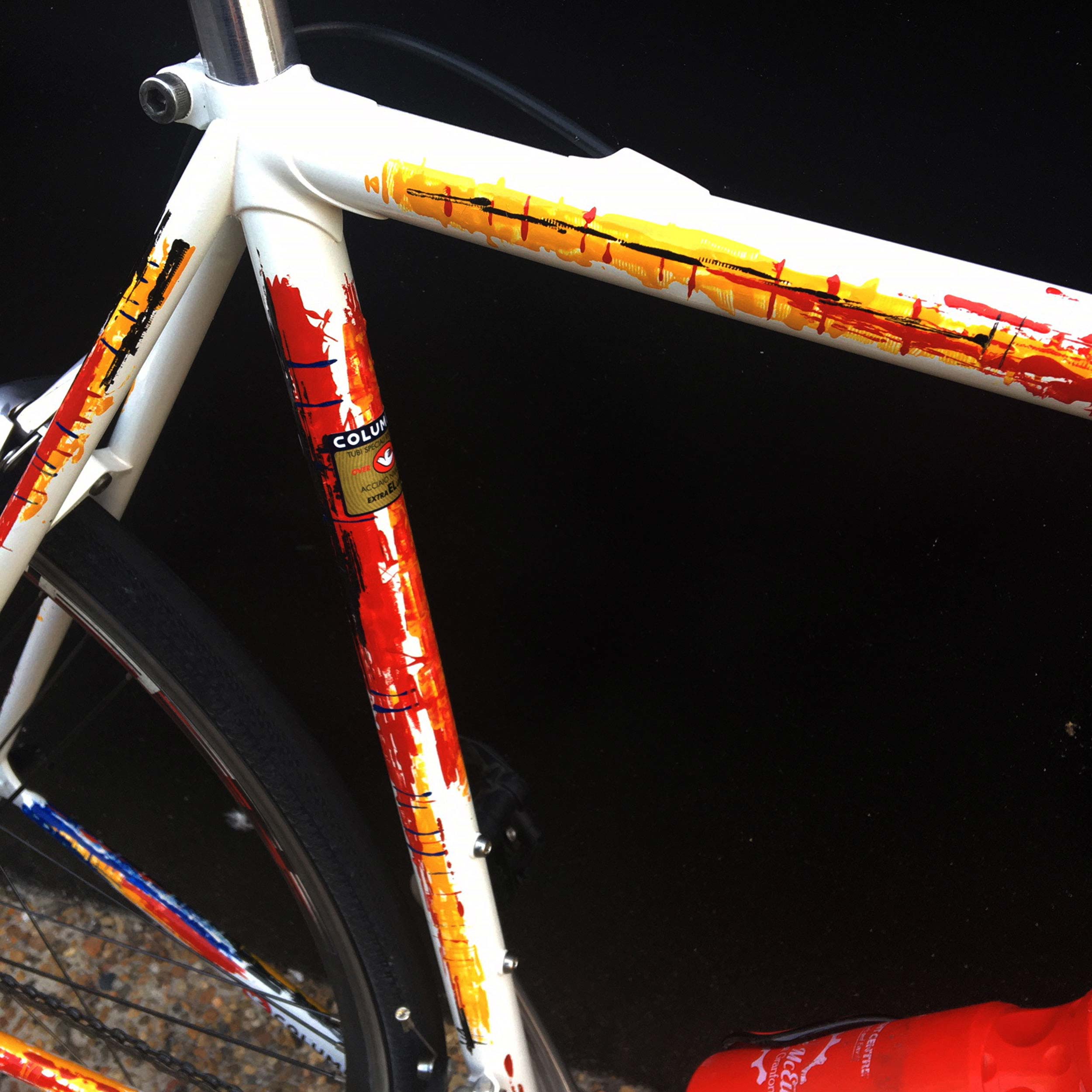 I’d left the frame as polished raw steel during my early time with the bike but the need to constantly remove the fine surface rust finally got to me. So, after one last long ride to Redland Bay I got home and stripped it down immediately so I couldn’t keep riding it!

Months went by as I then had to decide what colour I was going to paint it. I’d always wanted a yellow bike, or a gold bike, or a black bike with gold leaf lugs, or a Tequila Sunrise blend…! The possibilities are endless.

I wanted it to be a bit special because this bike, even with its down tube shifters and other old-school elements had actually moved into the number-one position as my new favourite bike. 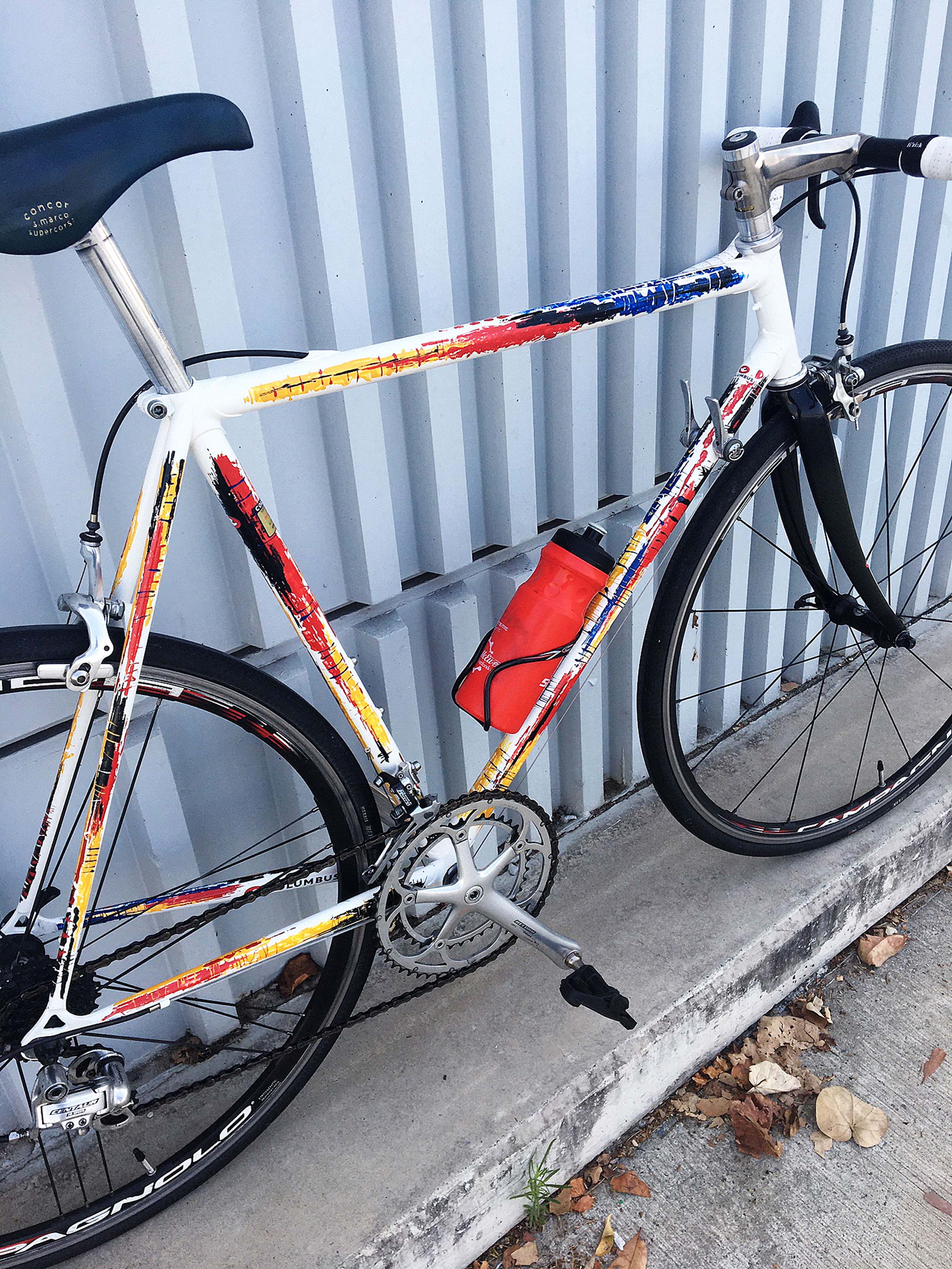 I always admired the paintwork of Dario Pegoretti. The man was a genius and the idea of trying to paint my frame in a Pegoretti style became my challenge – and my therapy.

We always see great work and believe it looks simple. Most of us are guilty of musing: “it must have been so easy to do that”, or “I could do that in five minutes!” It’s something I often hear when people are looking at art or graphic design. Trust me, after painting this frame six times, I have a new appreciation for the process and for the skill of the masters.

It’s not as perfect as I would like but it provided valuable lessons in patience, minimalism and perseverance.

It gave me something positive to focus on. It took nearly a month to get to this point but now that she’s built up and being ridden again it puts a smile on my face everytime I look at this bike.

A ride up to Springbrook’s ‘Best of All’ lookout was the perfect first ride back with the new paintjob. Next task is to make a head badge and maybe put a bit of colour on the forks. We’ll see. Got to find time to stop riding it first!