Story of my ride – with Rupert Guinness and his Trek Emonda

Saturday 16 May. Sydney. A ride with no set agenda turned into a meeting with a mate. By pure coincidence, Rupert Guinness was on the same road as Rob Arnold. We took the chance to tell a few stories… of a ride and a bike.

– Watch the video: Rob and Rupe and a #StoryOfMyRide / #StoryOfMyBike –

The other day, I got on the bike. Didn’t know where I was going but wanted to go. Somewhere. Anywhere. Had time and no set direction. Aimed south and followed the road. Within a few kilometres I was rolling by the roadworks of what will become WestConnex. If you live in Sydney, you know about it. It’s a road. A very big road.

It’s not all finished yet. But the constant construction doesn’t stop. Saturday? Work continues. But I was riding on some of the recently laid bitumen, onwards to a spaghetti junction that is emerging quickly now.

A new six-lane road, void of traffic, led to yet more roadworks and what will become the St Peters interchange. I’ve seen it form over recent years and have come to know the road network well.

It changes daily. New tarmac. New traffic lights. New streets. New highways. And on Saturday 16 May, these stretches of road were largely empty at 8.09am when I pulled a camera out of my jersey pocket and decided I might document the day.

I turned left, did a strange U-turn back south and then turned left onto Canal Road near Mascot. Over the Alexandria Canal, a dog leg – left then right, dodge the cement trucks and B-doubles for a few hundred metres – then onward to relative safety again. An empty stretch of Gardners Road.

By then I’d seen barely no other road users. Past the intersection of Botany Road and a bright light was on the other side, coming my way. A cyclist. The only other road user at that moment. I looked over my right shoulder as he rode by.

Thirty seconds later we started talking. Him riding in the gutter, me on his right.

And so we rode. Onward to Botany Bay and then, past the cemetery, turn right, down the slope, up that “bastard of a hill” – he said (“gets me every time,” I replied) – and then down to ‘La Per’.

While we rode, I filmed a little.

And the clip in the link above is the story of that ride. 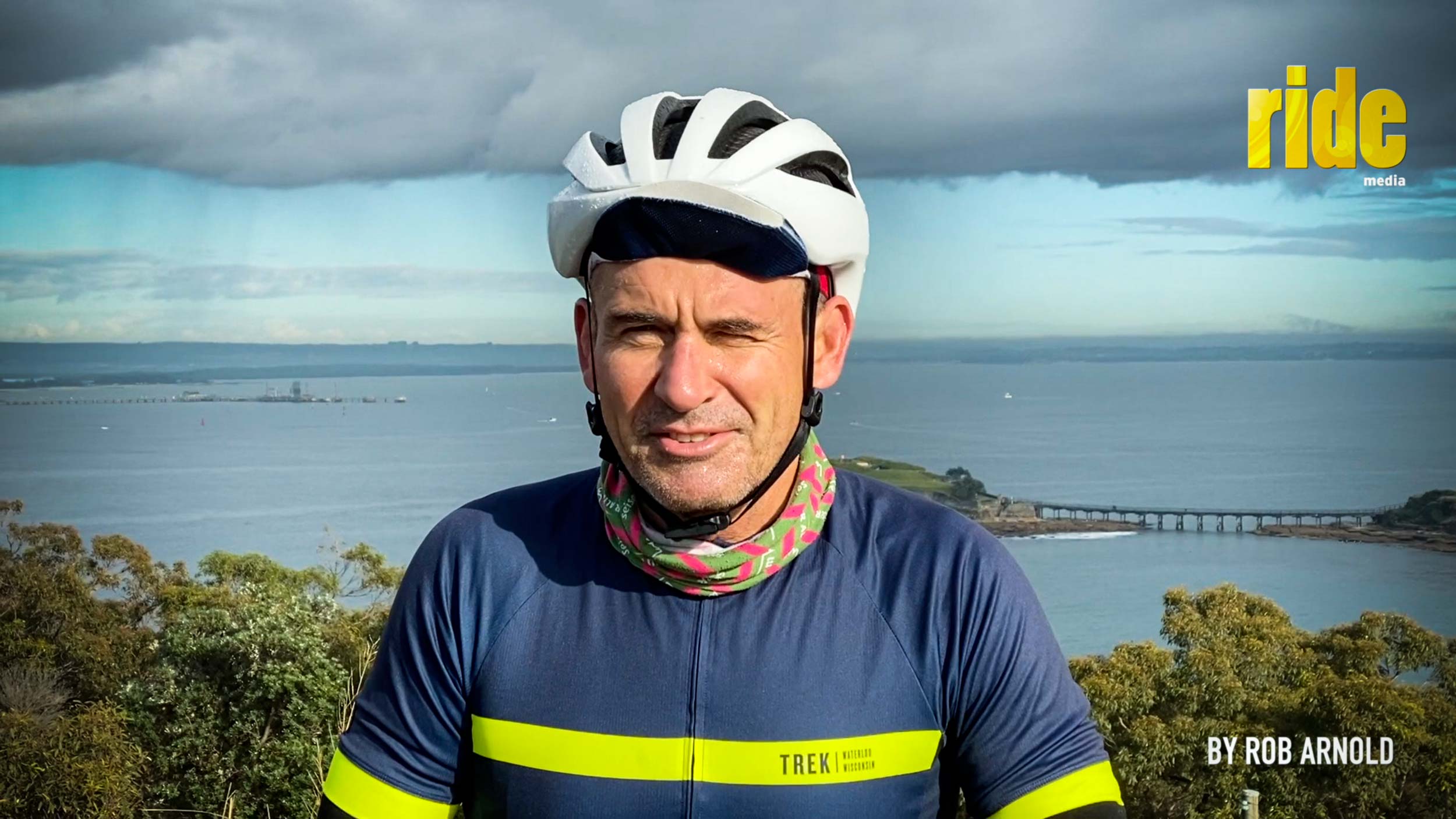