At the start of the 2018 season, Jan-Willem van Schip attracted some attention in the Classics by using a unique handlebar position. The Dutchman has now teamed up with Speeco to launch what’s effectively a signature edition product… 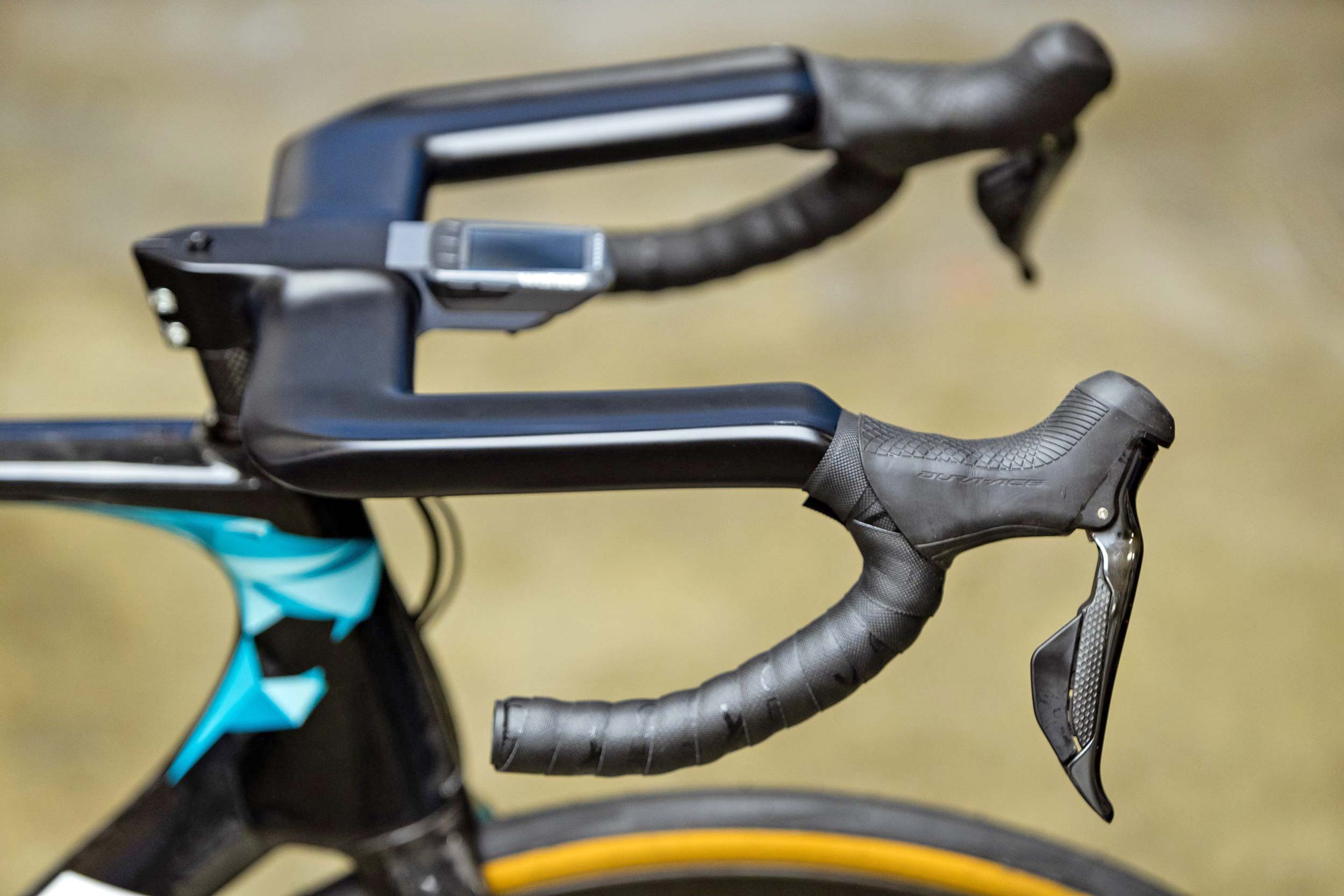 This year hasn’t seen as much bike racing as we’re used to but that doesn’t mean riders aren’t still seeking out ways to go faster using less effort. Of course, improving aerodynamics is going to make this quest easier and one of the most obvious parts of a bike that can alter how you push into the wind is the handlebar.

Jan-Willem van Schip’s initial foray into a new-fangled position saw him adopt a unique hand/wrist positioning on extremely narrow handlebars (as pictured in Gent-Wevelgem of 2018, below).

At the end of 2020, Speeco and Beat Cycling have teamed up with van Schip to take his school of thought to the next level.

“It has been quite a long process to find my perfect position on the bike,” explained van Schip in a press release issued overnight by Beat Cycling and Speeco, “and it will be different for everybody else.

“So,” concludes van Schip in a realistic, surprisingly frank observation about his handlebars, “what could be the key to success for me, might possibly not work for anybody else.” 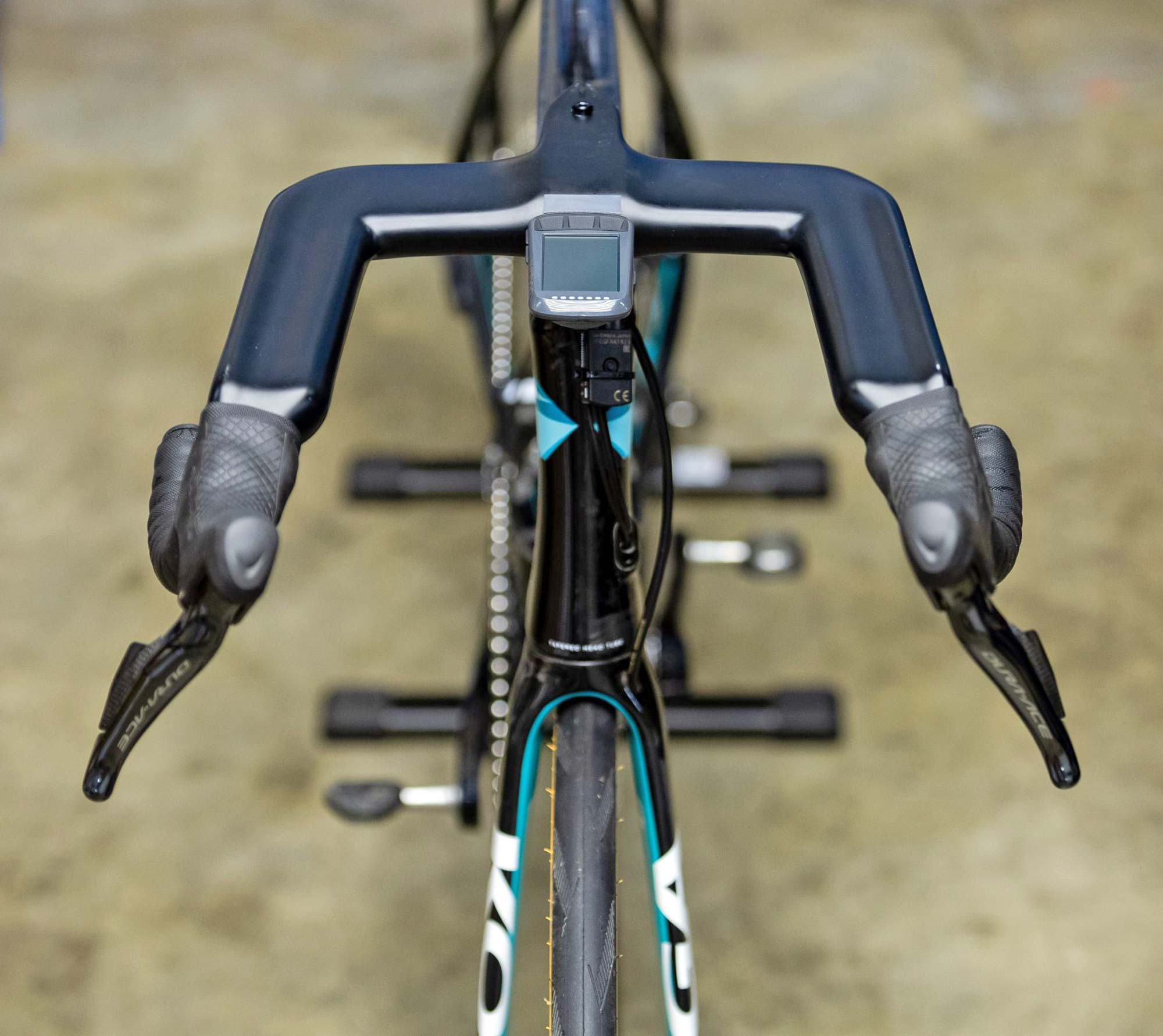 Whatever comes of the innovative design remains to be seen but it wasn’t terribly long ago that people scoffed at those handlebar extensions that Greg LeMond made famous, so convincingly, back in 1989. Now aerobars seem so obvious… but for them to be invented, someone had to dream up the concept.

RIDE Media has a long history of tracking changes in handlebar designs for road and track bikes. We reported on van Schip back in March 2018. There’s been coverage of other changes to width and handlebar shape before and since.

At the track World Cup in New Zealand last October, for example, Sam Welsford used a prototype handlebar that the Australian Cycling Team had developed (above).

Of course, there’s also been plenty of commentary about product experimentation by Adam Hansen, one of the more curious riders in the pro peloton in recent years. 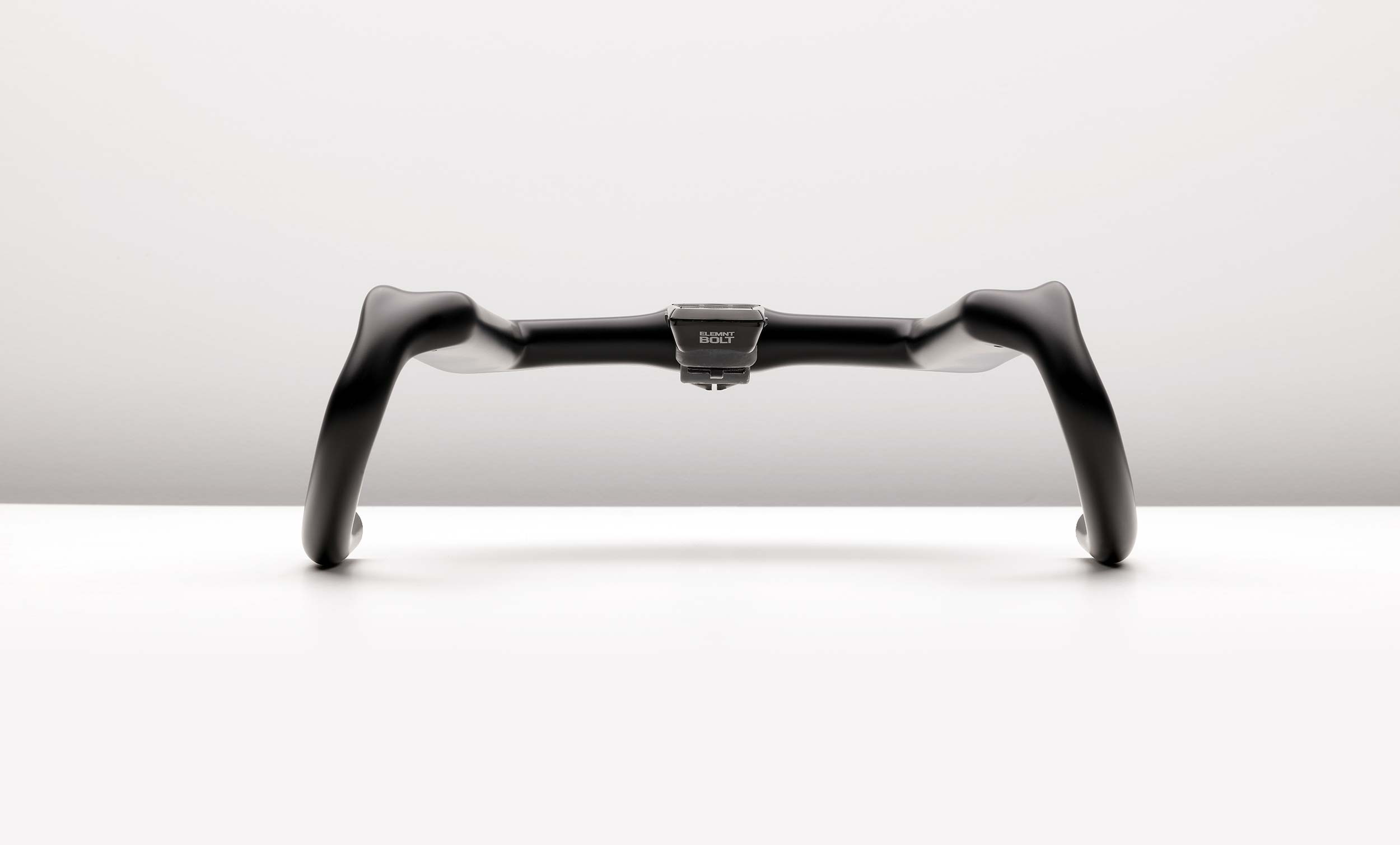 The changes we see with the Speeco product are in keeping with the let’s-go-narrow approach that has been so prevalent in the last 10 years. This movement started on the track with the likes of Chris Hoy, Anna Meares and Shane Perkins… and it continues with van Schip in 2020.

Perkins said he began using narrower handlebars after his first season of racing on the keirin circuit in Japan back in 2011.

“In Japan, when I went there the first year to ride the keirins, I started off with 40cm,” Perkins told RIDE Media back in 2011. “Then I got the idea to ride with 36cm.

“A couple of guys who I was over there with saw that and followed my example. I’m not saying that I initiated it, but it got everyone thinking more about their handlebars.” 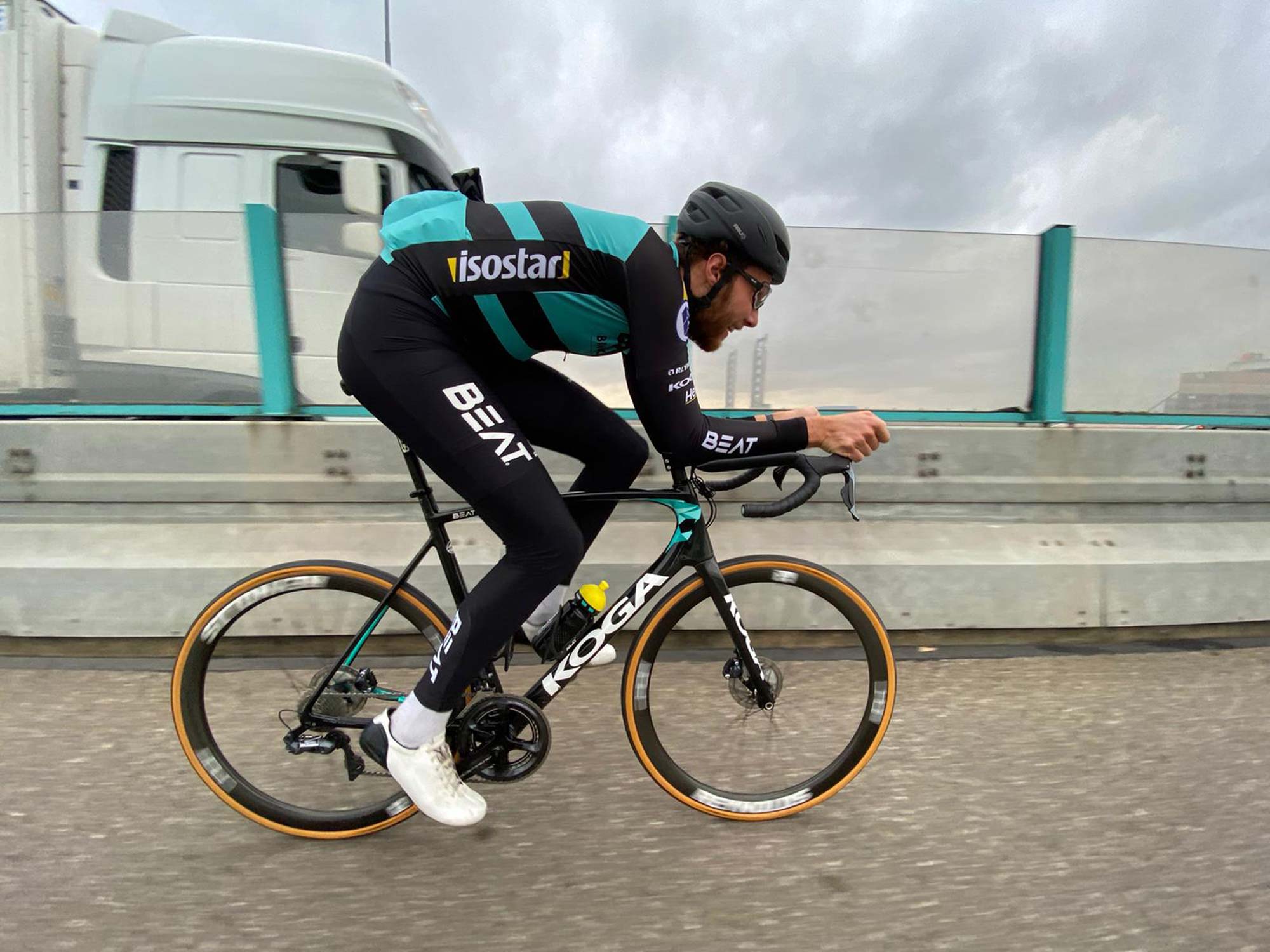 The release by van Schip / Speeco is indeed new but, if you’ve followed the progression of handlebar design over the years, it would remind you of Barcelona 1992.

Remember the 100km team time trial that was once part of the Olympic program? Remember the German domination of that event at the Games in Spain? No? Then it might be worth having a look back through some old magazines… (good luck if you find an image of this online – not even Google seems able to produce one).

If you find a photo of Bernd Dittert, Christian Meyer, Uwe Peschel and Michael Rich, you’ll notice that they don’t have any aerobar extension, per se. Rather, they have their forearms positioned on the outside of narrow handlebars and their hands gripping cow-horns as per the style in the pre-aerobar days.

It got them lower at the front and out of the wind. And this theory is repeated with van Schip’s 2020 design which meets all the tech requirements imposed by the UCI for use in racing… at least for now.

Of course, the most prolific changes to handlebar designs and riding positions came out of Scotland and the remarkable mind of Graeme Obree. He took things to such an extreme that the UCI dreamed up new ways of determining what a bicycle should look like, enough – evidently – to have Obree’s bike design banned… twice.

We’ll see what comes of the Speeco product but for the moment, it’s a reminder that cycling product evolution continues in 2020… even if it also harks back to designs from the past, albeit with a modern twist.