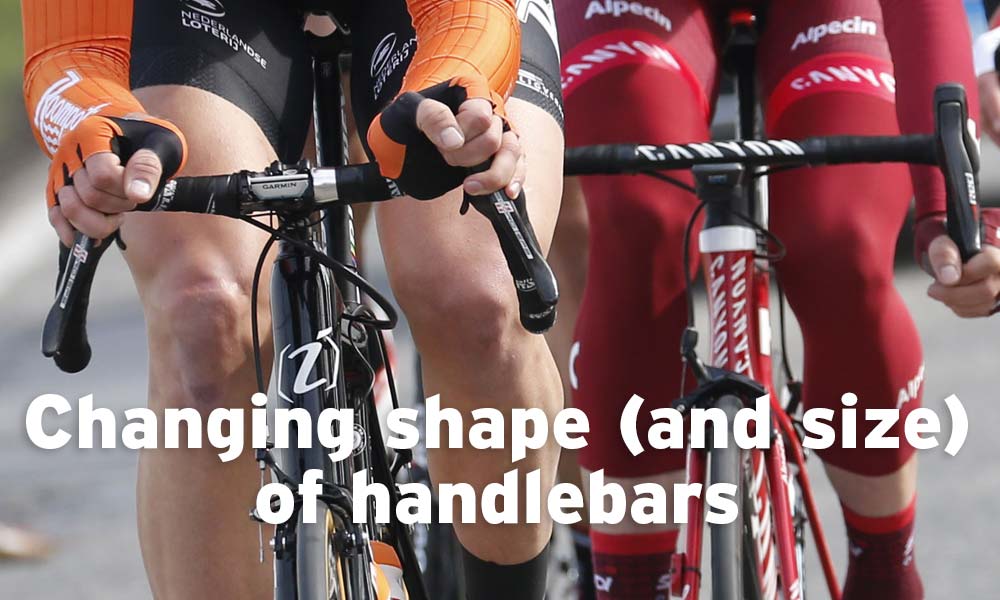 Changing shape (and size) of handlebars

Going narrow on handlebars is nothing new. Shane Perkins explained the adjustments he made on his track bike soon after he started racing keirins in Japan. For the sprinters on the track it is good for aerodynamics and the 2011 world champion told us years ago that it only takes a few days to adjust to the difference in handling.

“Most of the guys now have theirs around 36cm,” said Perkins in December 2011, when talking about the sprint specialists on the velodrome.

“When I went there the first year to ride the keirins, I started off with 40cm,” he said of his experience in Japan. “Then I got the idea to ride with 36cm.

“A couple of guys who I was over there with saw that and followed my example. I’m not saying that I initiated it, but it got everyone thinking more about their handlebars. Then the Australian team started experimenting with bar widths. Great Britain had smaller bars at the Olympics – I think they had 38cm in Beijing [2008].

“After my initial move in Japan, I changed to the Eastons – which are 36cm. It’s getting quite small which is quite different. It looks a bit funny as I think you’ve noticed…” 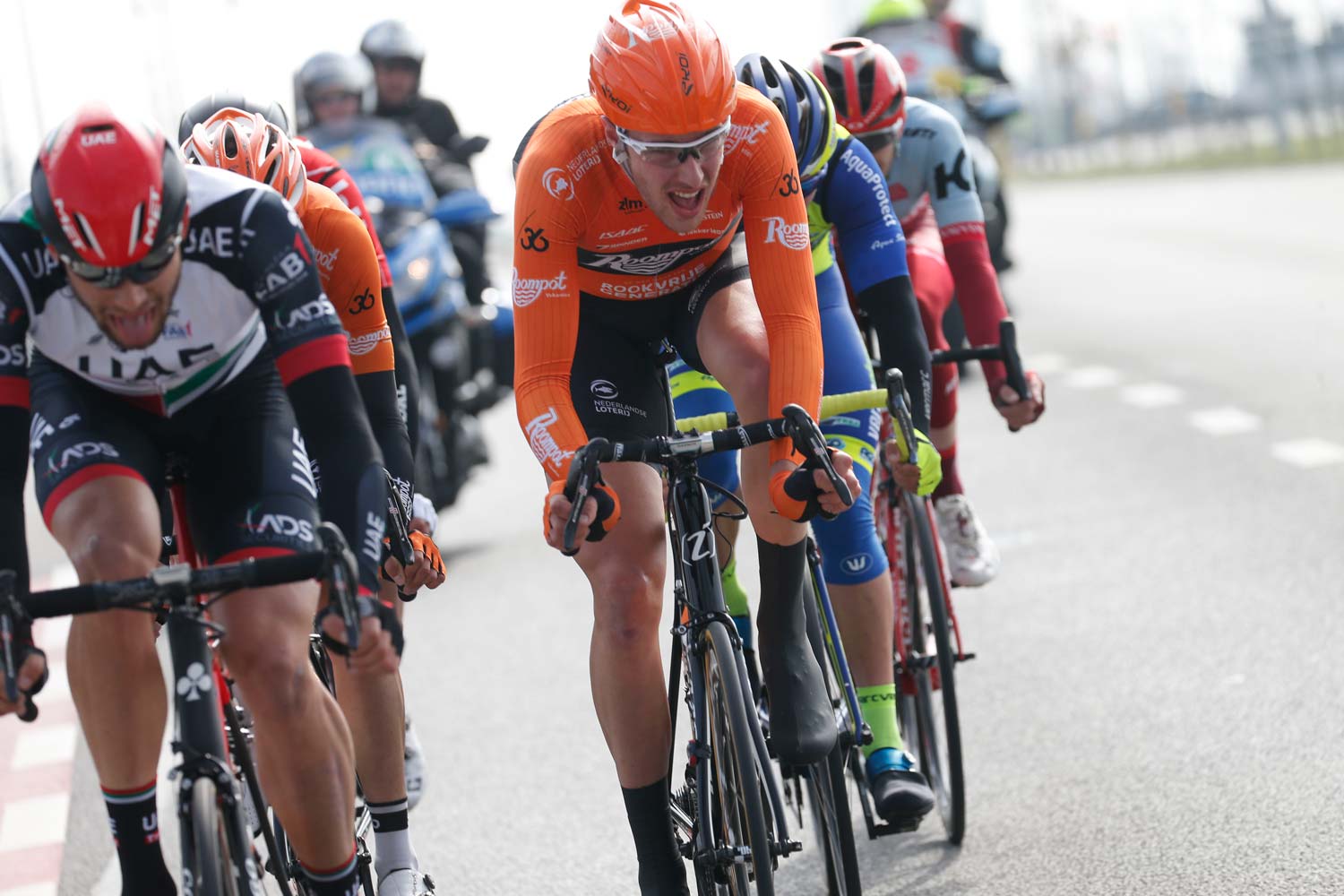 Narrow bars are not necessarily new, but the shape of Jan-Willem van Schip’s example (above) certainly buck the trend in the peloton…

Perkins and others have been sprinting with narrow bars for a long time now.

On the road, the trend began to emerge a few years ago and another Australian was pivotal in changing habits. Adam Hansen rides different sorts of shoes, a curious cleat position, and he isn’t too fussed about his saddle height: he adjusts that by feel and it may vary from one race to the next.

But he loves narrow handlebars.

Hansen spoke to RIDE Media about how he convinced others in his team to try skinny handlebars years ago… and there uptake has been significant.

“But a pro team just didn’t ordinarily order them. They were also really sceptical about it but once they see you ride and see that everything is okay, then it’s all fine.”

The product was found. The mechanics put them on Hansen’s bike and, before too long, others in the team adopted his approach, including André Greipel and a host of other strongmen.

“Of course the narrow handlebar is the easiest thing you could ever do to be more aerodynamic on a bike,” said Hansen. “All you have to do is make them more narrow and get used to it.” 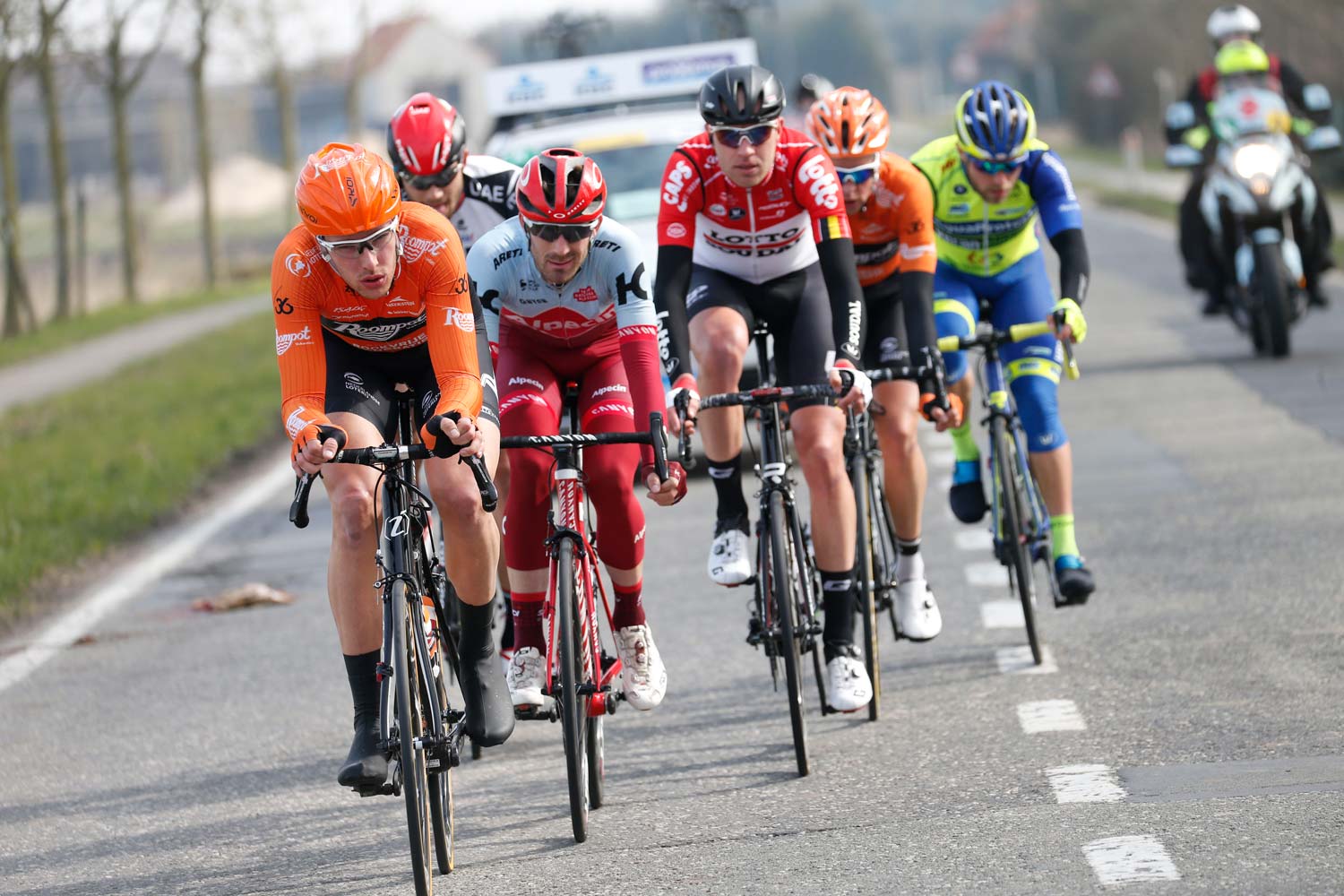 Van Schip’s handlebars certainly caught the attention of some in the cycling world.

RIDE hasn’t yet spoken with Jan-Willem van Schip to find out more about his choice of handlebars but we have reached out to him for comment.

The flared drops (which mean his brake levers are heavily tilted) is the innovation that has been noticed from the images of the Dutchman in the breakaway during Gent-Wevelgem. This is something that we’ve seen more and more on ‘touring’ bikes in recent years. And, combined with the narrow set-up of van Schip, it certainly seems like a dramatic change to the usual.

What’s your preference? Narrow or wide? Tradition or innovation?

We wait to see if others will follow the lead of the 194cm Dutchman who has made a name for himself in track racing. He took the silver medals in both the points race and omnium at the recent world championships in Apeldoorn and now he’s racing the Classics with the Roompot-Nederlandse Loterij team.